Step back in time at Nikka Whisky Yoichi Distillery 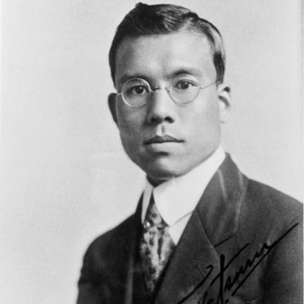 If there’s one name in Japanese whisky you should know, it’s Masataka Taketsuru. Why, you ask? Taketsuru-san was the first person to bring whisky distilling to Japan from Scotland when he began working for the company now called Suntory. (You know, “For relaxing times, make it Suntory time.”)

After establishing the Yamazaki Whisky Distillery for Shinjiro Torii, Taketsuru-san went out on his own, citing a difference of opinion on how to best execute whisky production. In 1934 he founded Nikka Whisky in the coastal town of Yoichi, Hokkaido. The climate and setting were identical to Scotland, something he strongly believed affected the taste of whisky. 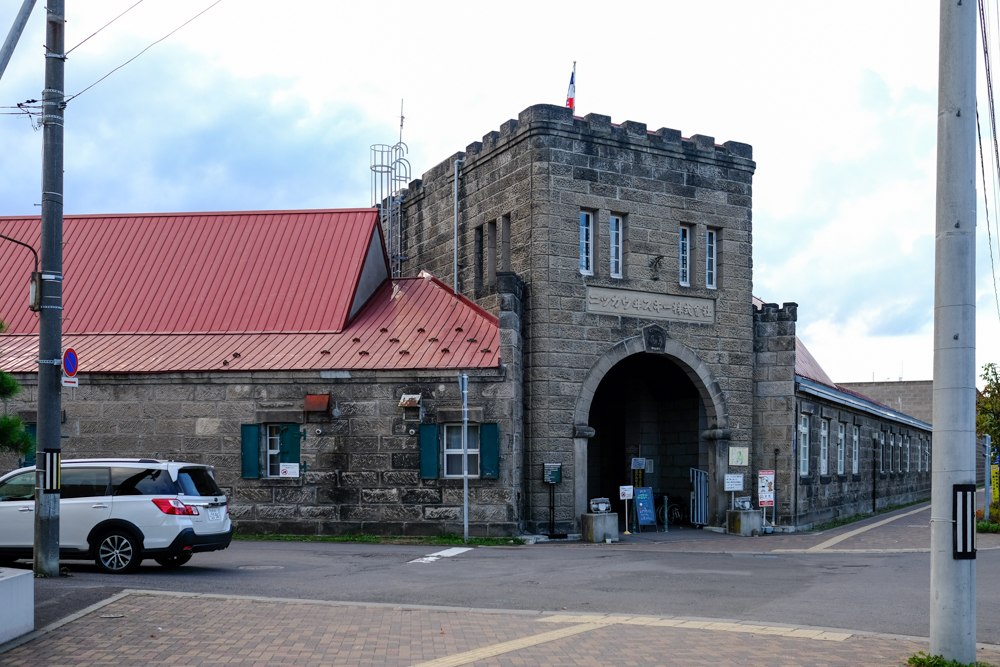 Yoichi is about an hour’s train ride from Sapporo on the Hakodate JR line, including a transfer at Otaru Station.

Stepping through the stone passageway of Nikka Whisky is like stepping into 19th century Scotland. The only hint that it’s 2016 are groups of visitors on guided tours.

Since we don’t speak Japanese, my friend and I are encouraged to guide ourselves, so we go in search of the good stuff, aged whisky! 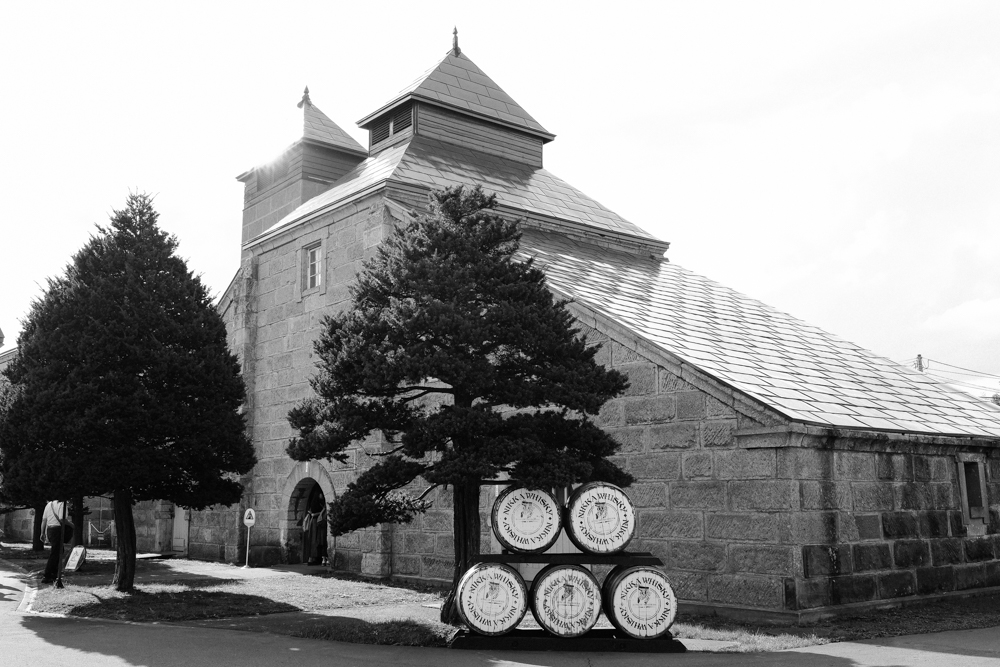 Perhaps the most iconic image of the distillery is of the kiln tower. This is where the malted barley is dried and smoked over a peat fire, which adds the distinct peaty smokiness to the malt and resulting whisky.

You’re immediately greeted with the decommissioned kiln tower that sits among neatly trimmed juniper trees. Its red pagoda roof contrasts against the stone walls and would look stunning in winter snow. 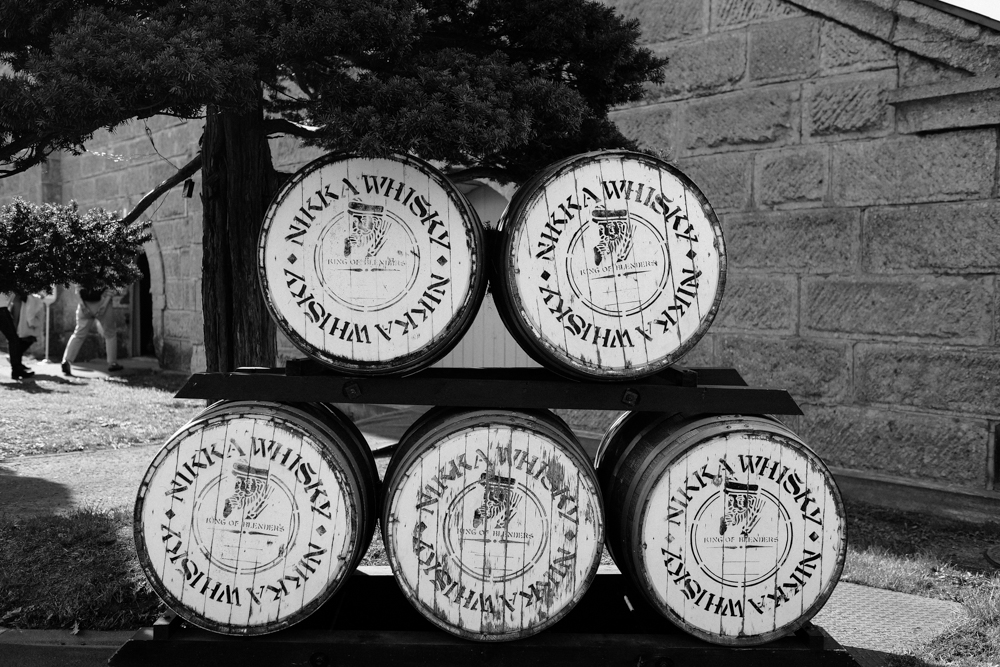 Hmm. Wonder if there’s any whisky in these barrels. 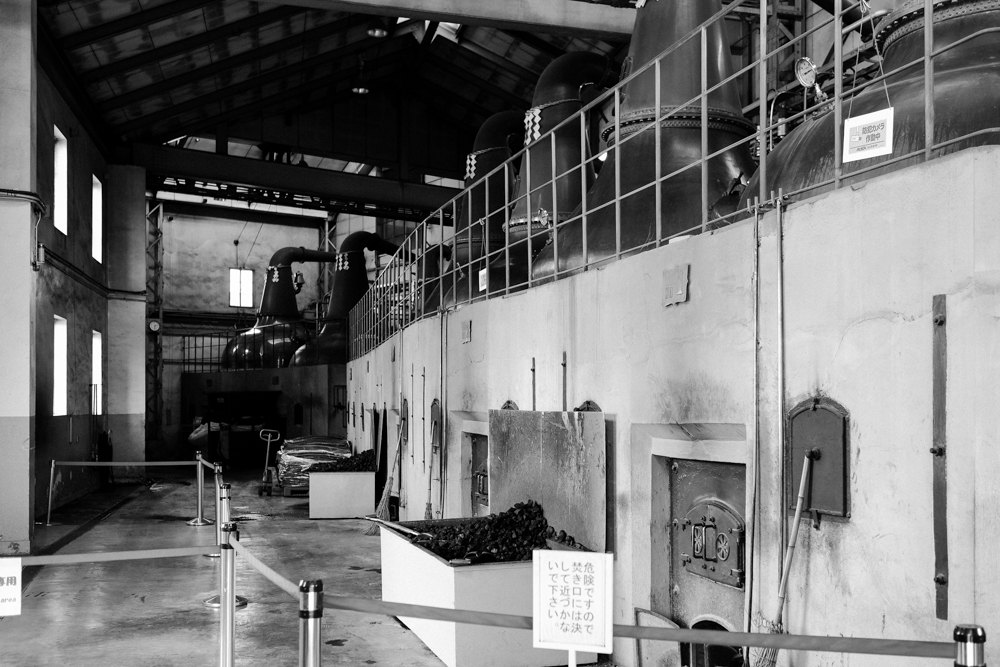 The still house is where giant copper stills are heated by coal fire, which is supposedly rare even for Scottish distilleries. 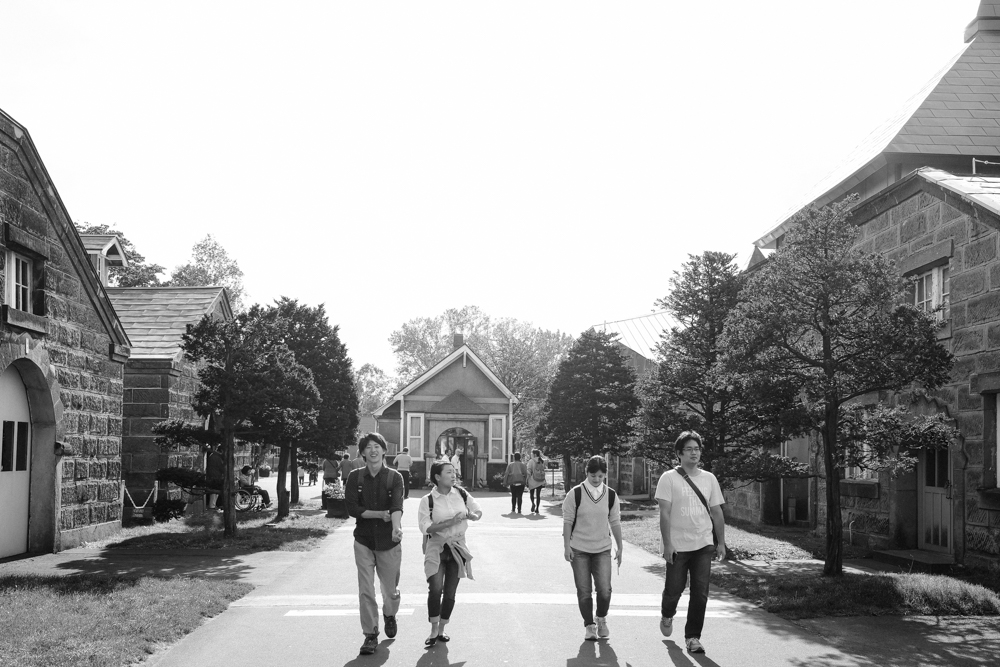 As fall fades into winter, I suggest bringing a layer or two to cover up as you browse. 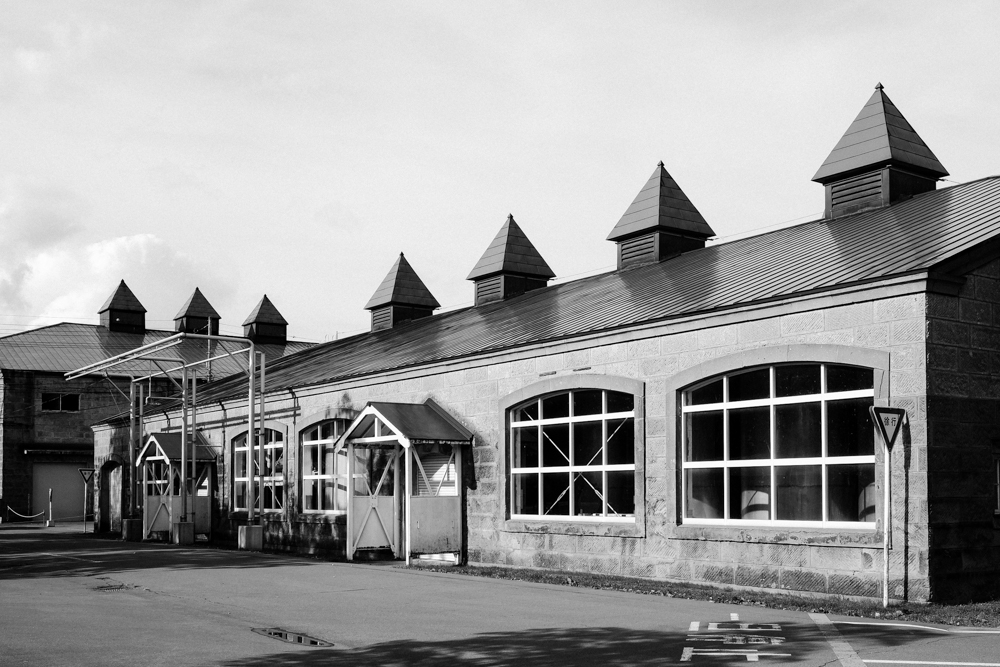 I didn’t feel like I was in Japan. I imagined I was walking through a scene of the British Industrial Revolution.

One of my favorite stops is warehouse one, the first warehouse constructed to store and age whisky barrels. 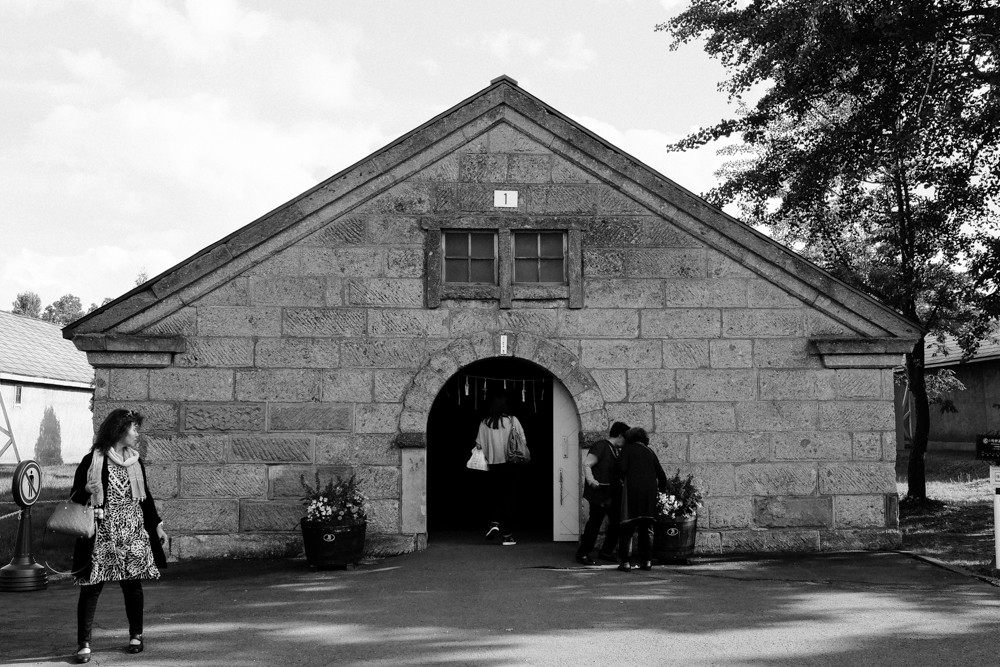 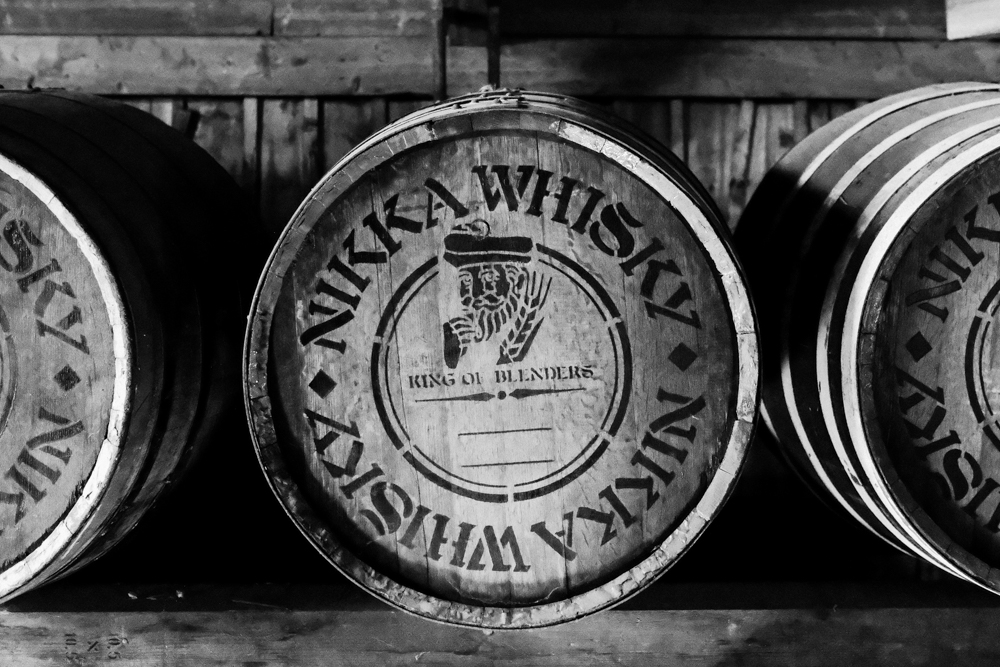 Inside the dark storehouse, you’ll find rows and rows of barrels just like this. Today, Nikka ages its whisky in locations throughout Japan.

Another stop you should make is the Nikka Whisky museum, a converted warehouse that houses one of the original copper stills and very rare aged products among whisky barrels. Unless you’re fluent in Nihongo, you’ll have a hard time reading the descriptions. 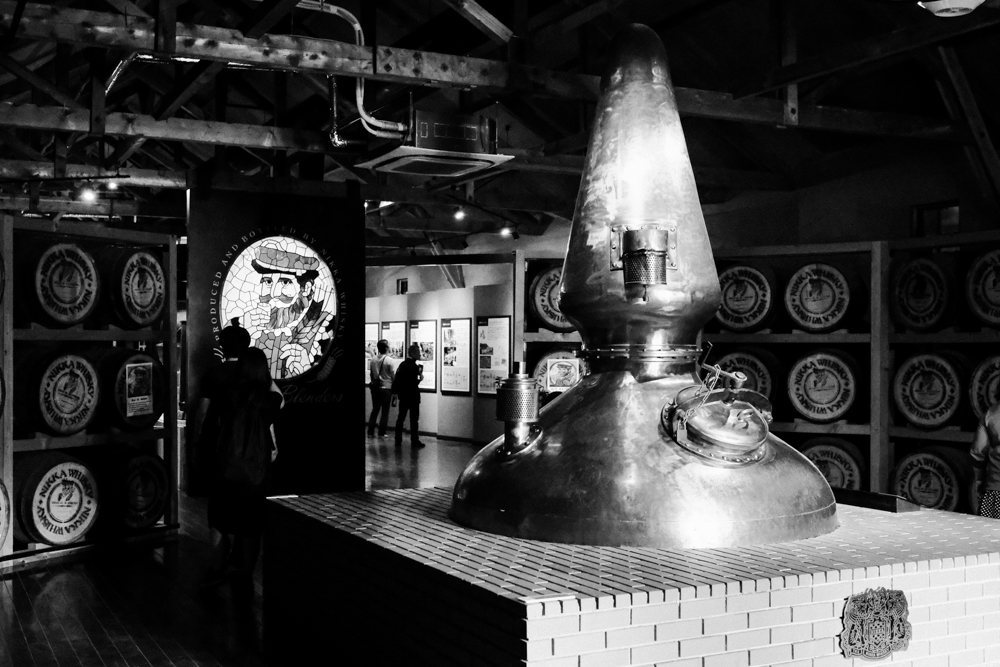 One of the original stills at the entrance to the museum building. 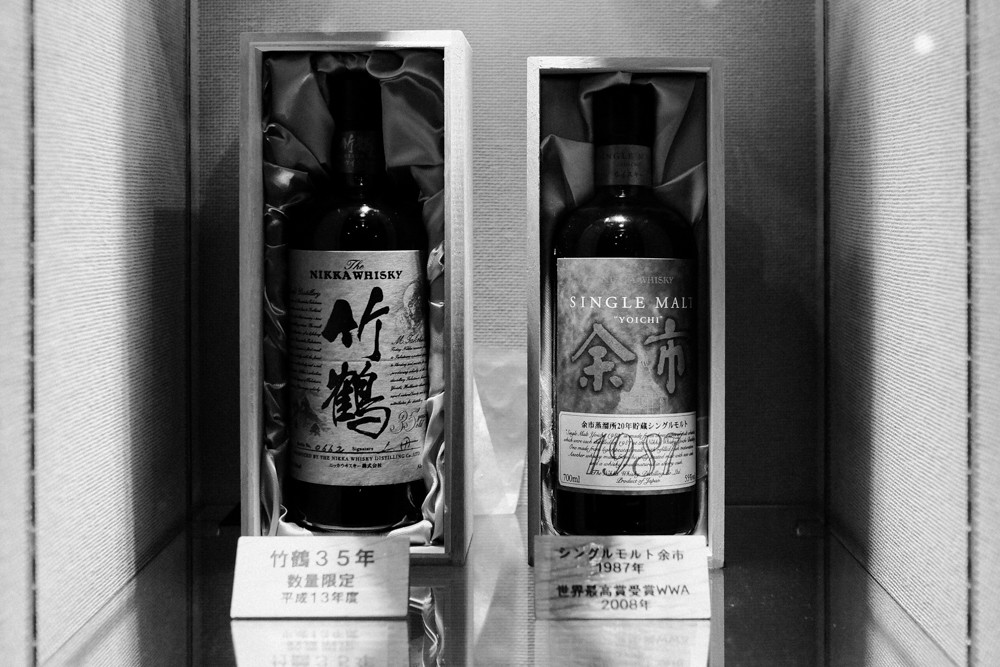 Two pristine examples of why Japanese whisky is such a hot commodity today: Nikka’s Yoichi Single Malt aged 35 years and 21 years. The 21-year, distilled in 1987, won the World Whisky Award for best single malt in 2008, sparking the worldwide interest in aged Japanese whisky.

Once you’ve made your way through most of the museum, you’ll find yourself at the Whisky Club, mandatory for connoisseurs of aged whisky. Here, you’ll be able to taste the some of Nikka’s most coveted malts and vintages alongside each other. 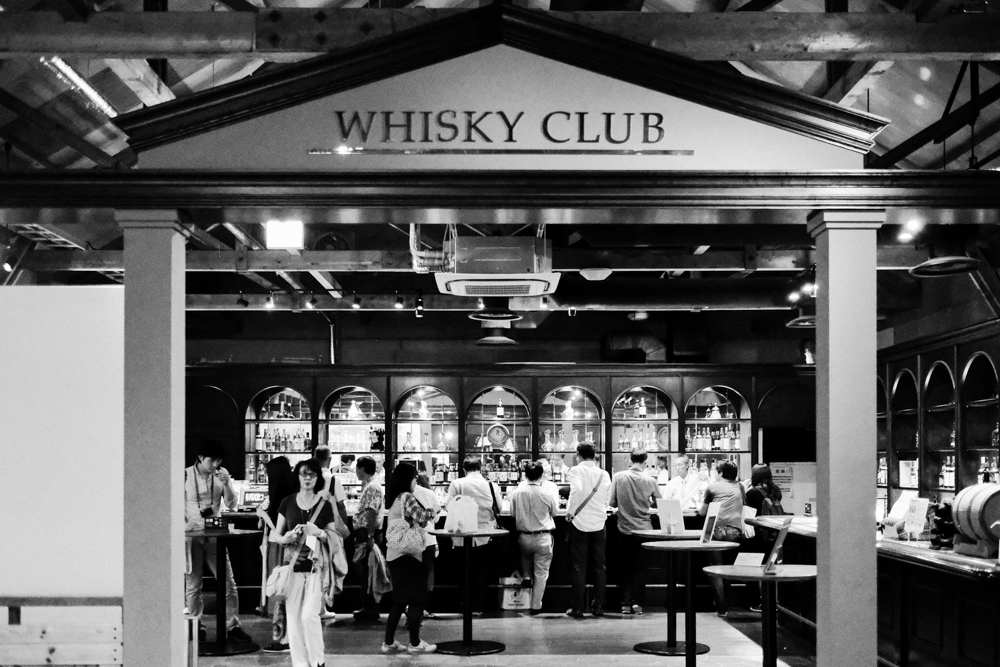 Welcome to the “other” tasting room at Nikka.

If I had my way, I’d have pulled up an old leather armchair, spread out a plaid blanket and tasted whisky in front of a crackling fire. 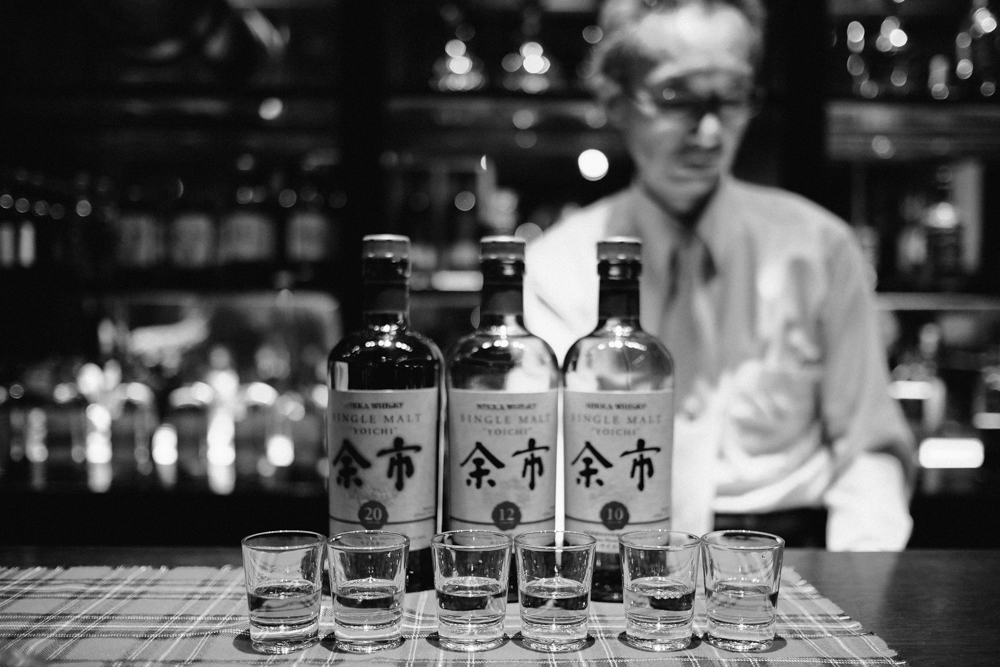 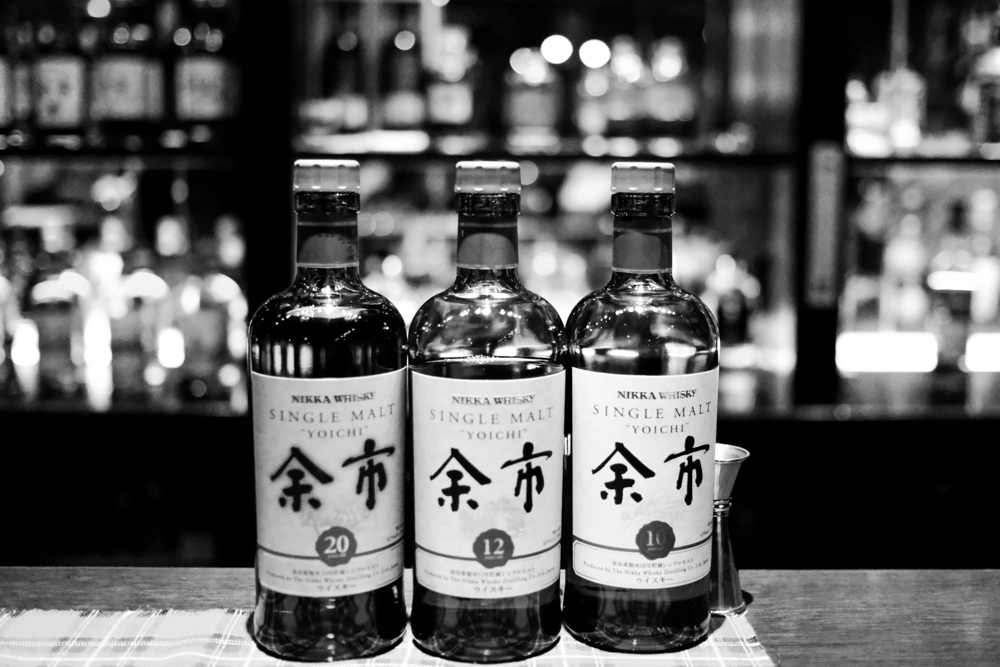 A better look at the single malt bottles.

If you haven’t had your fill of whisky yet, you can always stumble over to the bigger tasting hall above the distillery restaurant. 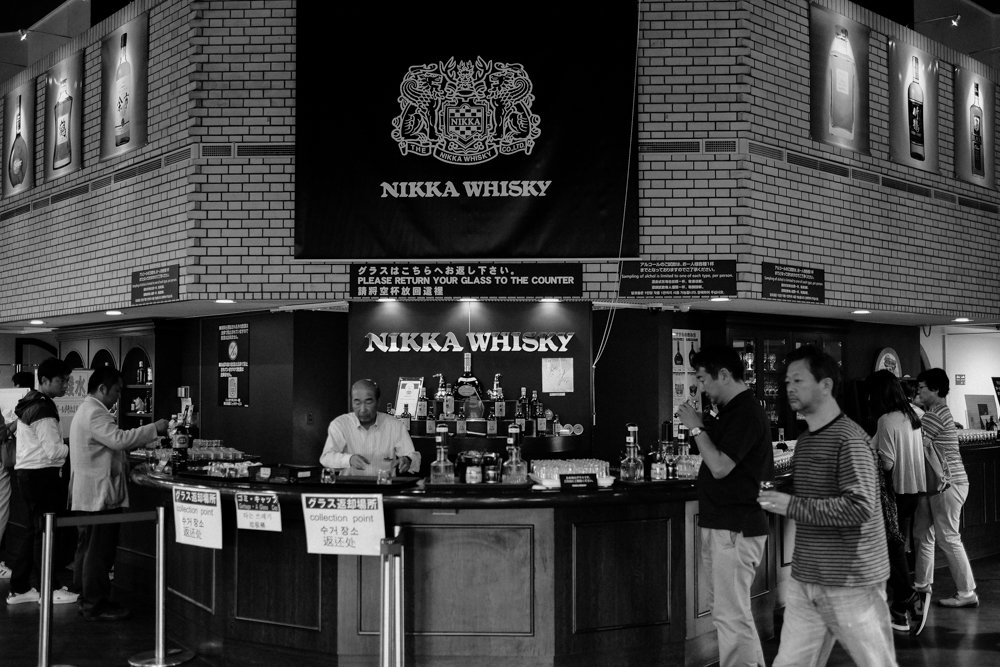 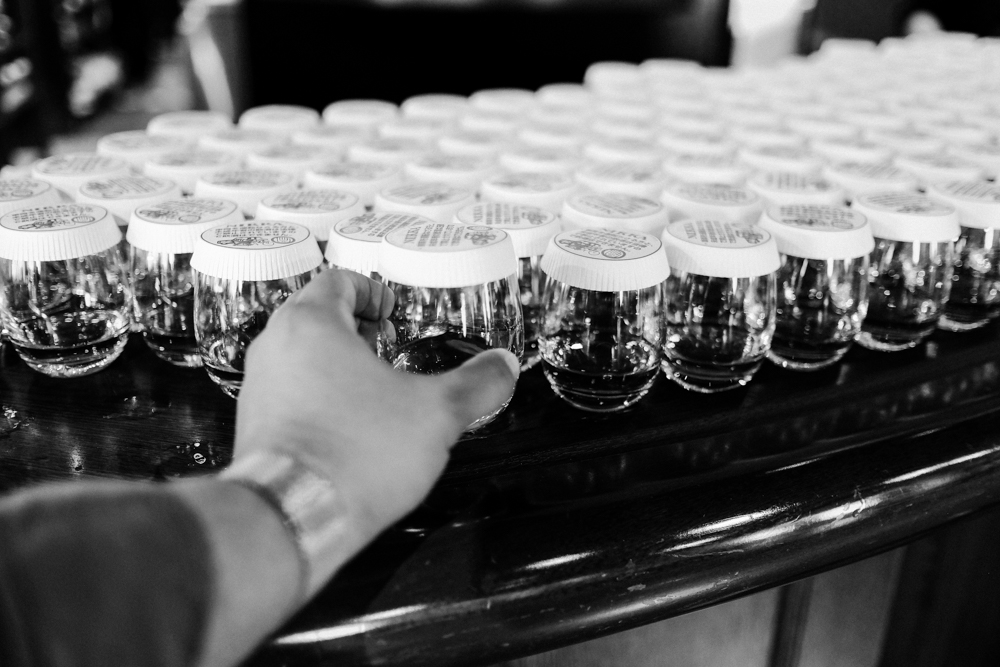 As a newbie to whisky, I felt it was necessary to visit a working distillery to see how this stuff is made. The attention to detail, from when you’re greeted at the gate to your tastings to checkout at the gift shop, is impeccable. It’s something I had expected, but I was still wowed by the story of how Nikka came to be and what it stands for today. If I had the chance, I would go back … straight to the whisky club to try more! 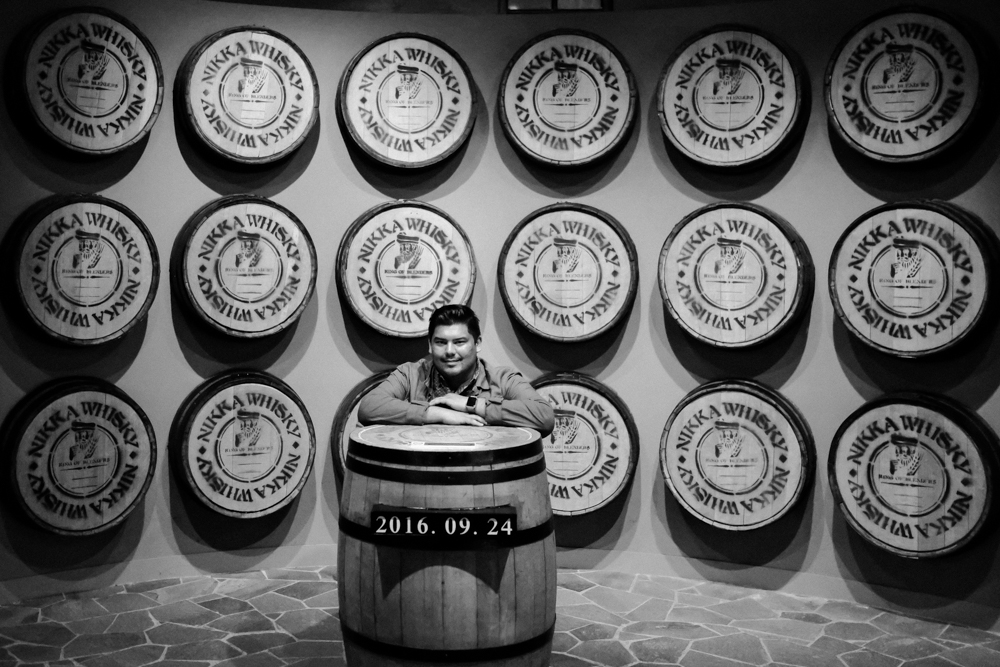 How do I fit this in my suitcase? 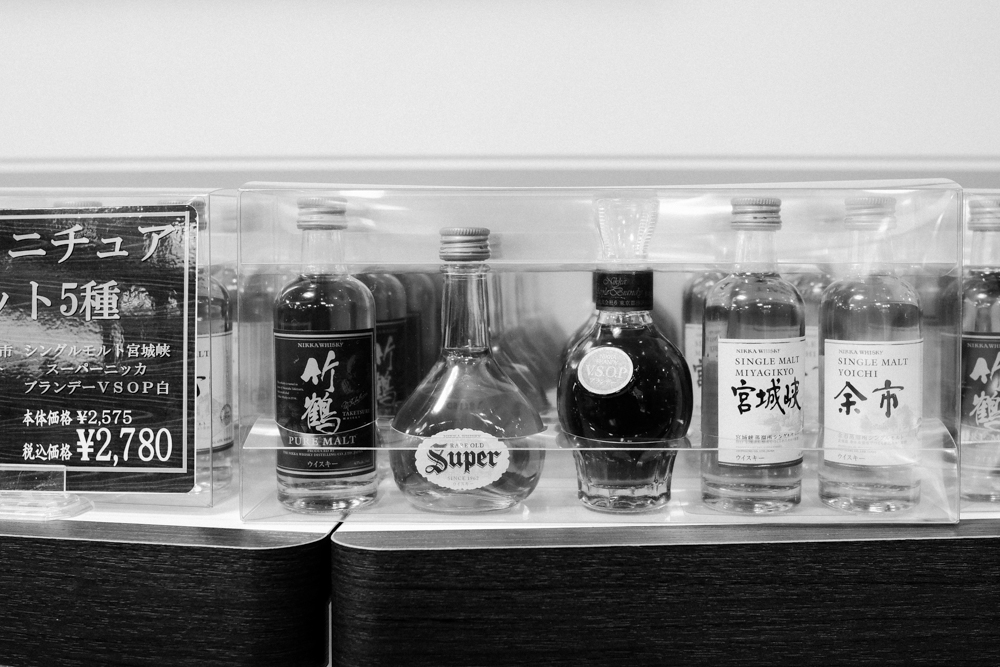 Don’t forget to stop at the gift shop for some of these cuties!