Something to see: The Voyage Body Acceptance Project 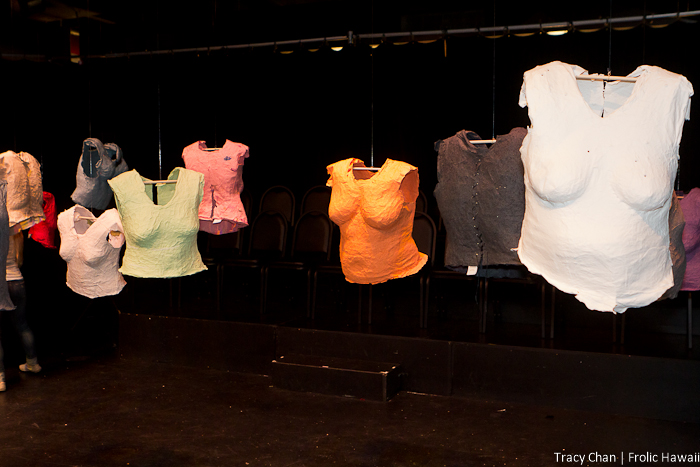 Second viewing of The Voyage: Body Acceptance Project
Saturday, April 9 from 11 a.m.-3 p.m., during the ArtDiscovery Second Saturday event.
The ARTS at Marks Garage
More information and details on the process at www.ropingthemoonstudio.com

Putting experiences into words is part of what a journalist does. Putting them into tactile, 3-D papier-mache busts to commemorate her subjects’ sense of self is what Chinatown artist and art educator Christie Tomlin Knoll has accomplished with her most recent project: The Voyage: Body Acceptance Project. For participants of this project, it was like stepping outside of themselves and seeing their bodies and important parts of their lives in a whole new light. A mother’s emotions and the tears that come to her eyes as she looks at her own bust hanging beside that of her small daughter’s bust – This is a body experience as much as it is an effect of memory and emotion.

Over the course of about a year, Christie took 19 men, women and children to cast in papier-mache (the 20th bust is her own). Into the materials for each bust, she placed sentimental objects that her subjects had brought her and she melted down. Into one bust went materials from a girl’s first purse, deconstructed into fibers. Into the construction of another went a woman’s wedding nightgown, a favorite jogging shirt, coins from her travels and a rainbow bracelet. Into yet another (her husband’s bust) went an old Eagle Scout uniform and a military uniform. 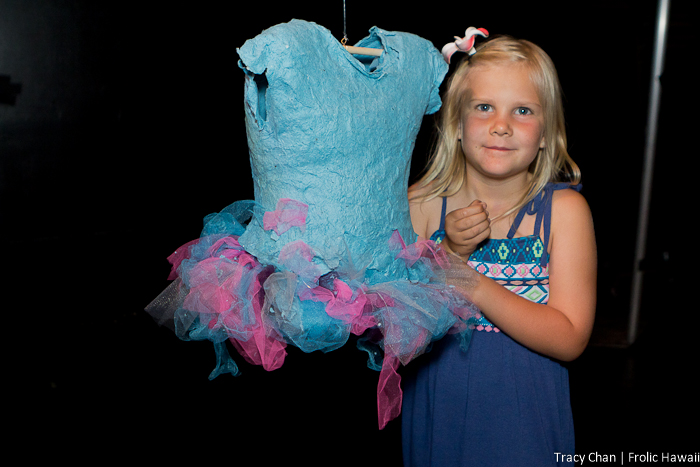 “It wasn’t long ago, but I’m a lot bigger than it now. I don’t think I could wear it anymore,” said this little girl of her bust, titled “Wiggly When Worn”. She and her mother both were cast for the project, using materials from a sarong given them by a beloved aunt, and tulle for a princess’ bedroom. 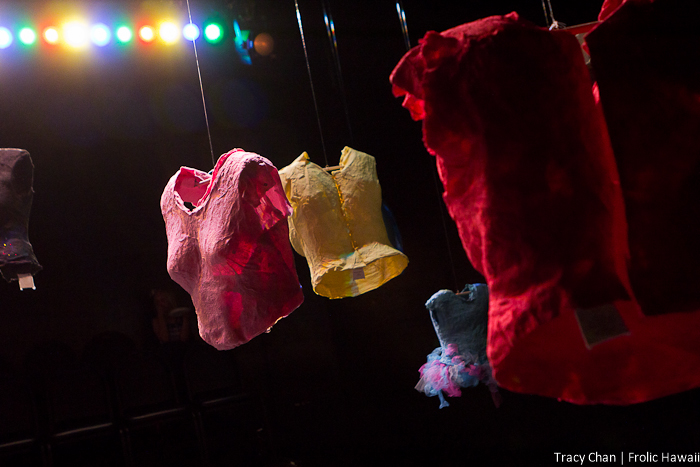 No names were used for this project, giving the models safety in at least partial anonymity. “It was interesting,” Christy said. “Some people were so proud of theirs, others could barely look at them after they were done.” 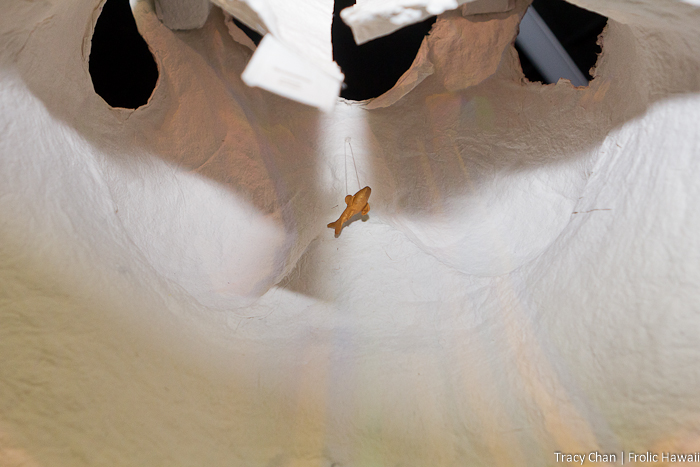 Inside some of the busts were little surprises: Crystals, words, glitter, and this little goldfish figure inside Christie’s own bust. “At some point in your lifetime, you have been given, won, or purchased a goldfish. It is almost a rite of passage as a child. Here you are with this little gift in a clear bag. You name it and all the way home someone is telling you not to shake the bag, not to drop the bag, not to tap the bag in fear that you might harm the little gift inside. The fish’s only need is for you to care for its basic needs with humanity. We should be so gentle with each other. We are each just different vessels we decorate around ourselves” the artist says. 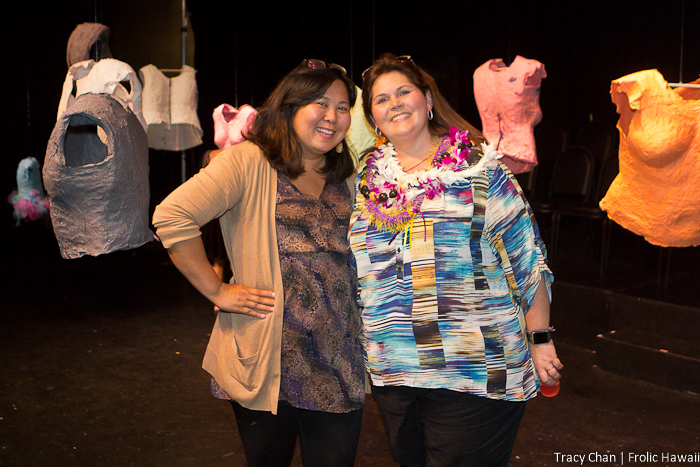 Christie and one of her subjects. Many of the women thanked her profusely for the project. Each model will get to take their bust home after the exhibition is over. 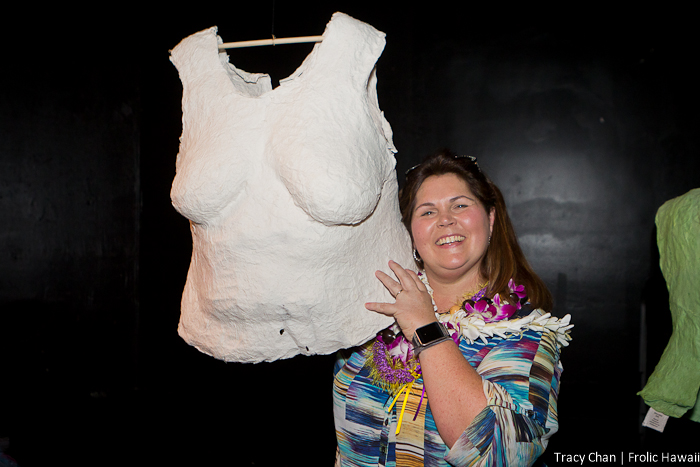 Where will The Voyage take her next? In just a couple months, Christie and her husband will leave Hawaii for new lands, where she’s talking about repeating the project with a different group of models. She has already gotten inquiries from other artists in different parts of the world who want to be part of the Body Acceptance Project, and is optimistic that the idea will grow and spread. 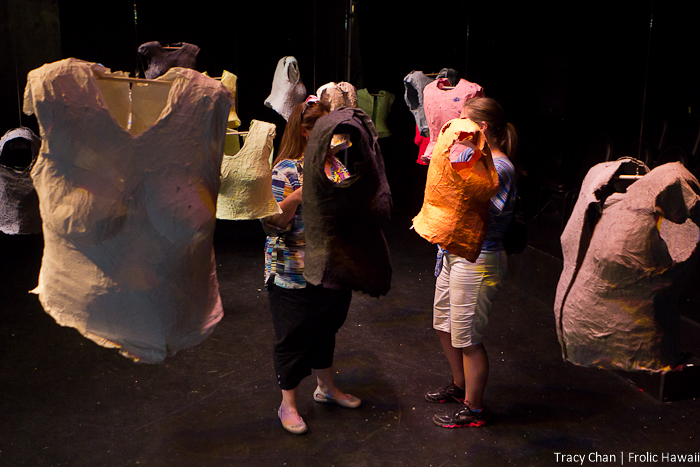