I don’t. But the one time in my life I had some, in Seoul four years ago, was mildly life-changing. It was Kyo-chon chicken, twice-fried and deliciously coated in a shoyu-garlic sauce. Two years later in New York a Kyo-chon chicken truck rumbled by and my hand shot out toward it, as if trying to call back that fleeting moment of light, crispy shoyu garlic.

So when my friend Mike, a Korean-American chef, told me about Von’s, a new Korean chain chicken counter in Kalihi, I was right there. 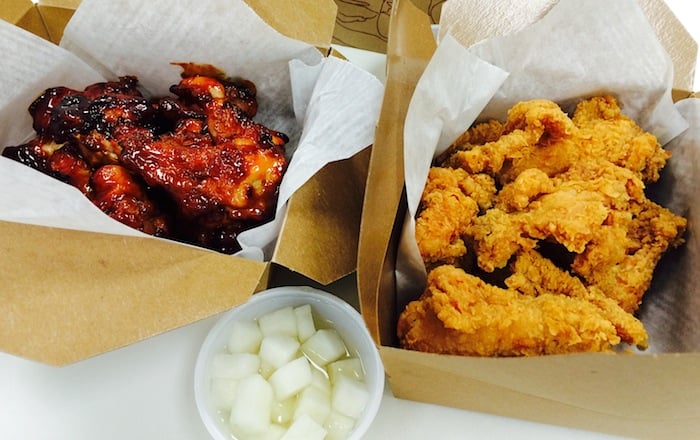 OMG, the fried chicken. The menu is small and there’s only one kind of fried: plain crispy. Von’s is known for somewhat healthier baked Korean chicken in flavors like Von’s special sauce (deep, sweet and spicy), garlic, and honey mustard roast. 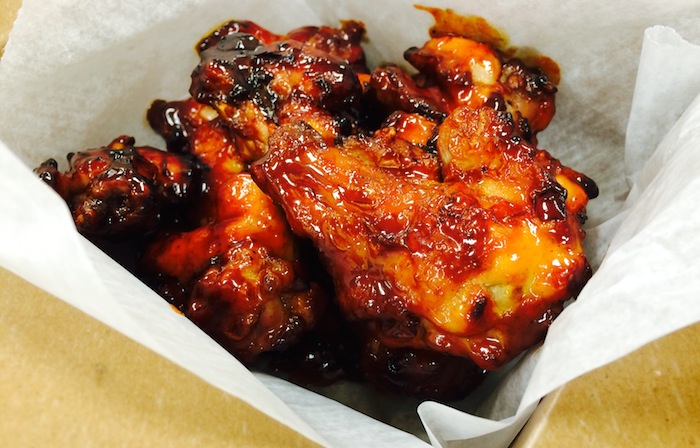 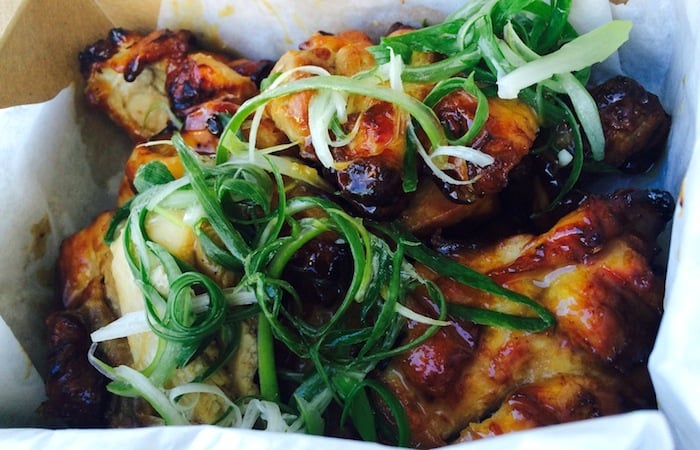 But guess what’s been the No. 1 seller in the month since Von’s opened? Crispy fried chicken! As in incredibly crispy and light, fried once for eight to nine minutes in a simple seasoned flour batter. I’m allergic to fried chicken, but who can resist a No. 1 seller? So I picked up an order and drove it over to a friend. I only inhaled one drumette while I was waiting for her to come outside. OMG. I inhaled another. 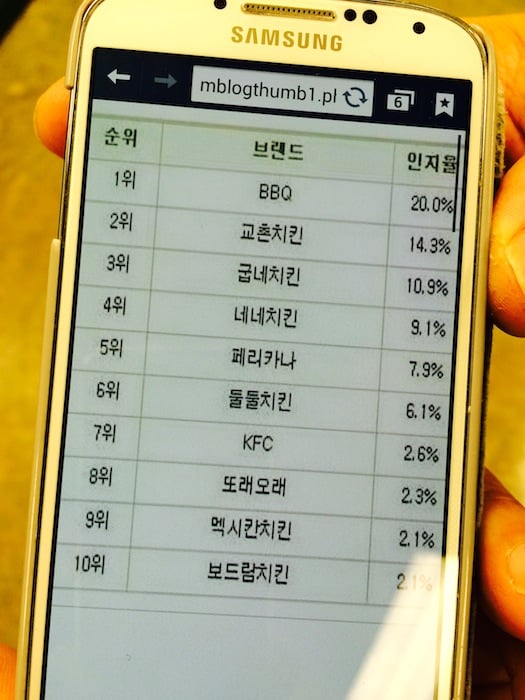 Look! Here’s this year’s top 10 Korean chicken chains, ranked by market share. BBQ is in the lead with an incredible 20 percent, followed by Kyochon. KFC is No. 7 with just 2.6 percent of the Korean market! All this is according to Park, because I can’t read Korean.

“Korean people like chicken,” Park says. “Almost 200 chicken chains in Korea. If you go, you’ll see a chicken shop, then Starbucks, maybe another shop, then another chicken shop. This year Von’s introduced a new direction with chicken sandwiches so it’s not on the list. Last year it was No. 11.”

Not me. I want more crispy fried.