Something New is a food celebration with a twist: Nine of Honolulu’s craziest chefs will unleash their creativity in fun new ways, each challenged with a local ingredient that takes them out of their comfort zone. Join us for a taste on March 25 from 6-8:30 p.m. at M Nightclub at Restaurant Row. Tickets are at frolicsomethingnew.eventbrite.com. 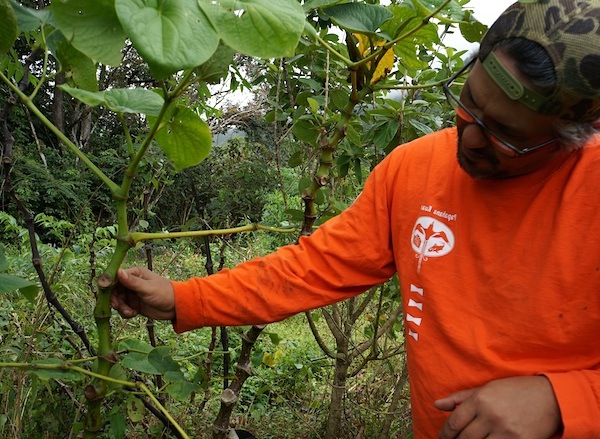 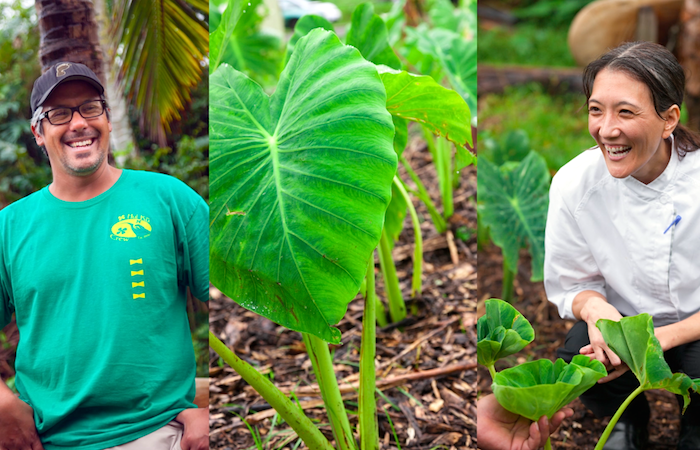 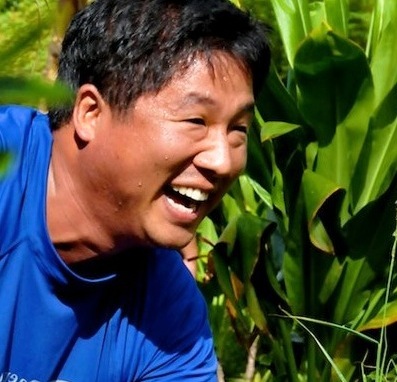 Two ingredients meant to challenge two of the most creative, accomplished chefs in town. Two ingredients revered by native Hawaiians. That set Noguchi and Karr-Ueoka on two distinct paths toward their Something New dishes. 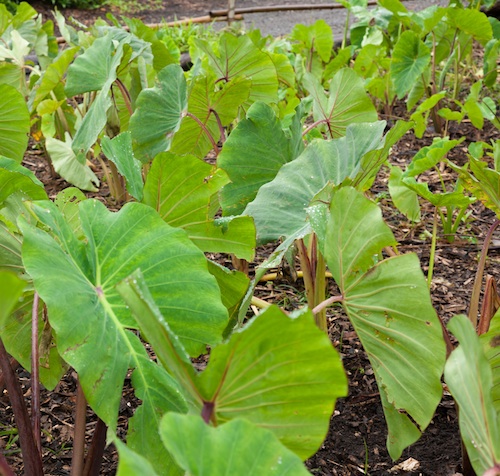 “I did some research. Did you know there are so many varieties of kalo?” said Karr-Ueoka, recently nominated for a James Beard award for outstanding pastry chef. “They’re all used for different things, and you can use every part of the kalo: the root, the stem, the leaves. So that’s what I’m going to do. I’m going to present kalo in different ways, in small bites that will fit on a plate.”

Noguchi wanted to preserve a sense of reverence for awa, which was used as a sacred drink. As a cooking ingredient (Noguchi says it’s not) it also deserves respect for its sheer bitterness. His solution: Roasting the root with beets, the roasting bringing out the sweetness of the beets, and then pairing it with the cheesy umami of fromage blanc and the fresh brightness of salsa verde. 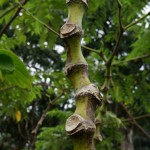 Both awa and kalo are canoe plants that arrived with early Hawaiians. At Hui Ku Maoli Ola, a native and heritage plant farm in Oahu’s Koolau mountains, awa grows wild, while 50 kinds of kalo grow in loi. “We try to preserve the varieties available to people so we don’t lose them,” says farmer Rick Barboza. “Every time a native plant or animal goes extinct, all of the cultural practices that are associated with that plant or animal also go extinct.”

Barboza also grows medical plants, native sugar canes, 20 kinds of Hawaiian sweet potatoes and several Hawaiian bananas. Much of what he grows is sold at Home Depot outlets across Hawaii, and some goes into landscaping where he tries to restore plants found in the area 1,000 years ago.

That’s what he does now. His job before he became a native plant farmer?

Something New
Wednesday, March 25 from 6 to 8:30p
M Nightclub @ Restaurant Row
Tickets: $75 online including all food and two drinks