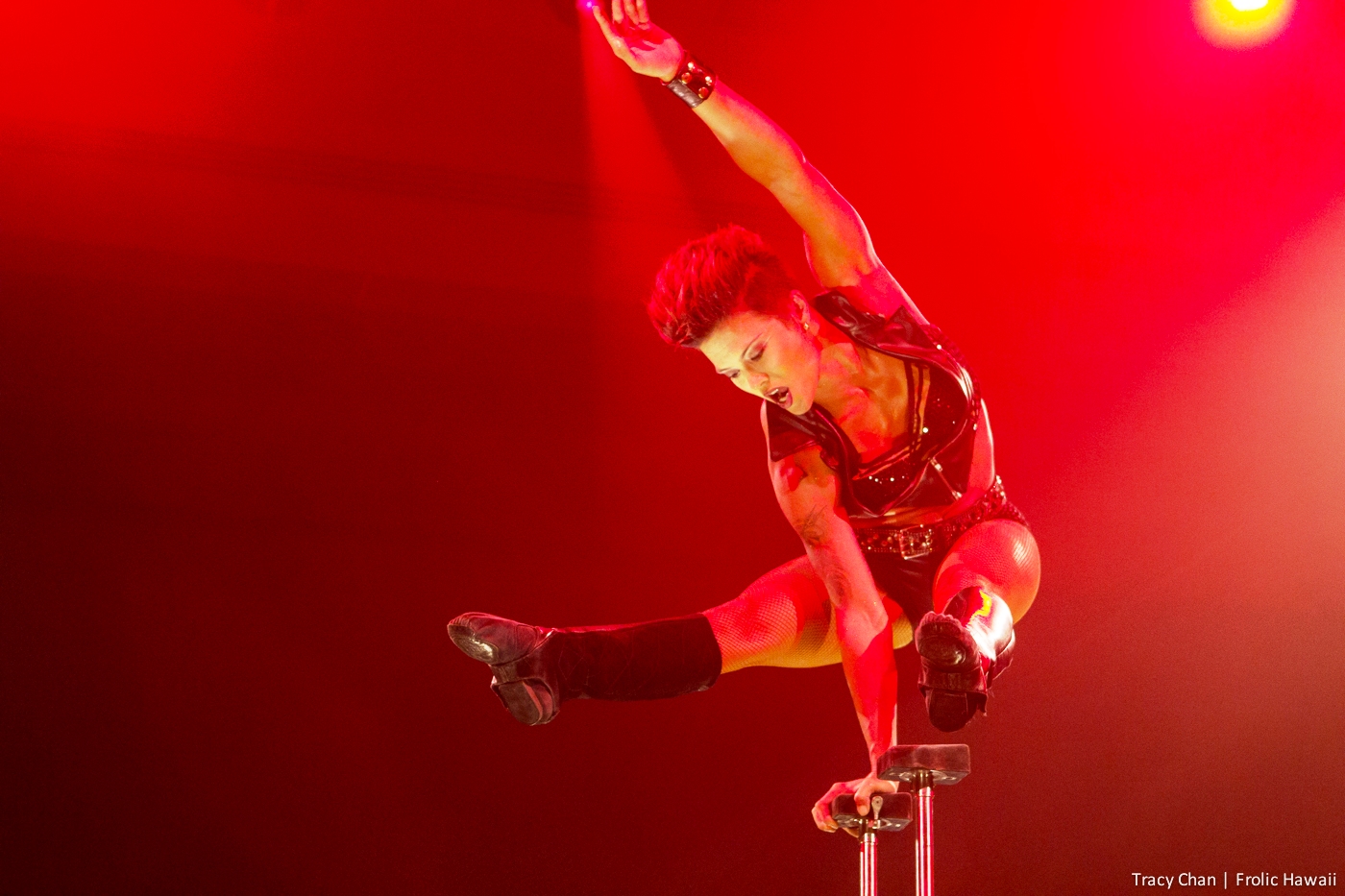 Finally, there’s a new show in town, something my friends and I can go to that’s Las Vegas strip worthy, hip, sexy and very much cheeky in every sense of the word. It’s the CabaRAE my friends. Fellow Frolic contributor Tracy Chan and I caught a private preview of the show Tuesday at the Tapa Ballroom at Hilton Hawaiian Village.

The RAE in CabaRAE stands for Random Acts of Entertainment, but before I tell you about the show itself, I’ve got to dish about our “hard hat” preview of the soon-to-be permanent space near the pool. “This will be an epic build-out, a $5 million dollar Spiegeltent, Dutch for mirror tent,” says Alan Goldberg, the show’s creative producer and co-founder, who had directed Cirque du Soleil for the “O” Show in Las Vegas. “…The intimate space will include a 360 experiential stage, backstage rigging, and more secret features within the 10,000 square foot transformation.  Our co-founder, the RMD Group, will be the driving force in creating a state-of -the-art bar, VIP experience and after party.” 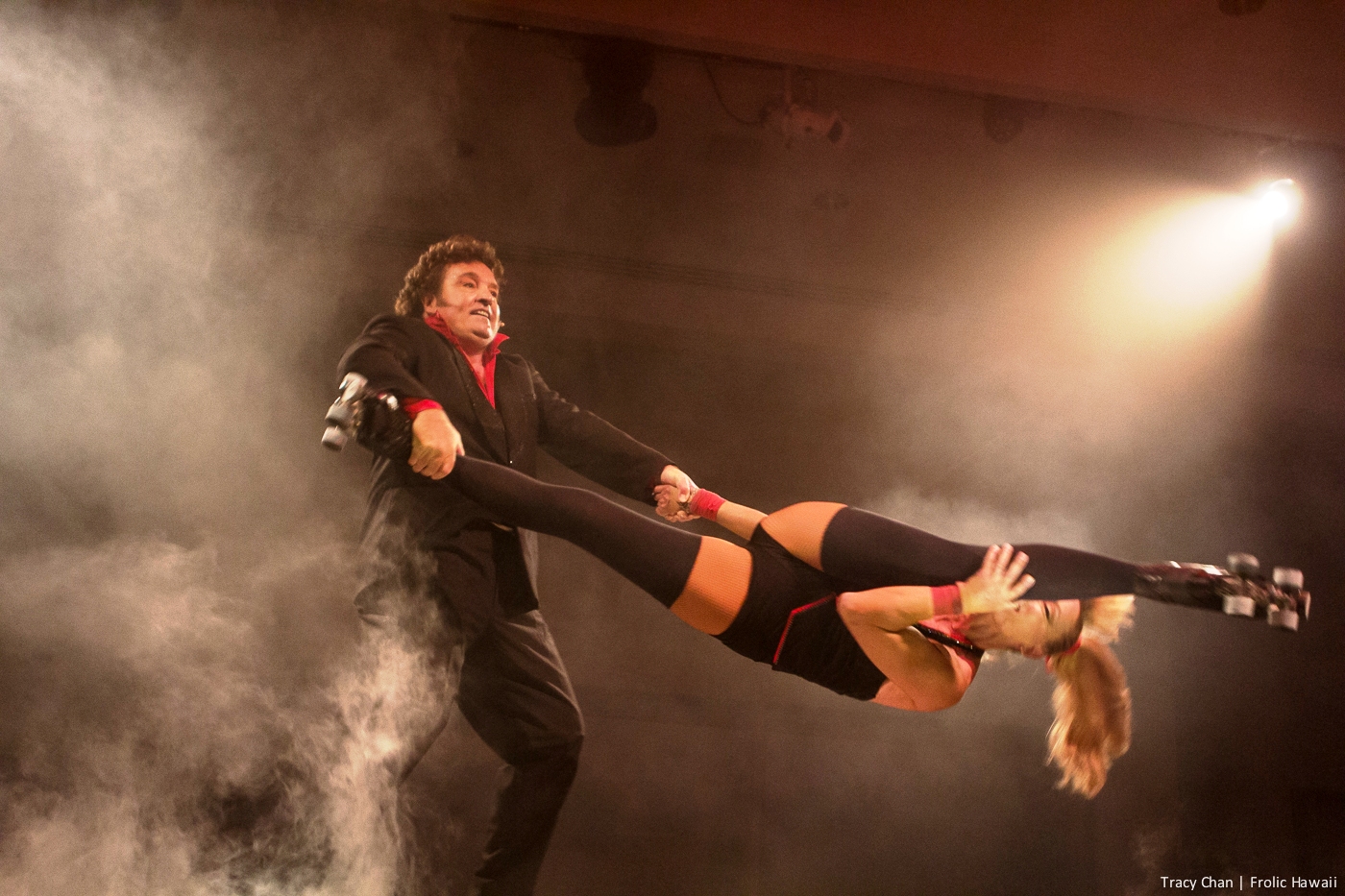 Back to the show, we knew it was going to be different when the ring master announced at the start: “Feel free to get up in the middle of the show and get a drink.” But the show was so adrenaline-filled, people actually waited until intermission. It was burlesque-meets-circus with aerial artistry, daredevil feats of strength, and  naughty bits that make it a PG-13 show. The level of interaction with the audience is not something you see very often, it took the comedy acts to the next level. Cast members hail from Great Britain, Australia, Germany, France, Canada, Russia and Las Vegas and collectively presented 14 acts during the hour and a half show.

So here’s my official review, Hawaii needs this level of entertainment. It is perfect for a first date, or 100th date, bachelor or bachelorette soiree, and perfect for a GNO, there’s no shortage of beautiful bodies. I love that it does not try to be a Hawaiian show; leave that to those who do it best.