We’d heard Wade Ueoka, until recently chef de cuisine at Alan Wong’s, was taking over the kitchen at Tsunami nightclub. That’s right, Tsunami’s. So when Tsunami’s called and invited us over for a sampling, half of Nonstop showed up at 4:30 on a weekday afternoon with empty stomachs and raging curiosity.

First, let’s have some backstory. Tsunami came up with its original menu as a way to lure the pau hana crowd, late-afternoon and early-evening grinders who care as much about the food as the drinks and help fill a club’s slow hours. Against restaurants and lounges with similar menus, Tsunami generated buzz especially for its deep-fried poke balls. But the kitchen staff changed, until as managing partner Bryan Yoshida notes, it got to the point where different cooks were sending out different versions of fried rice, and the menu foundered. 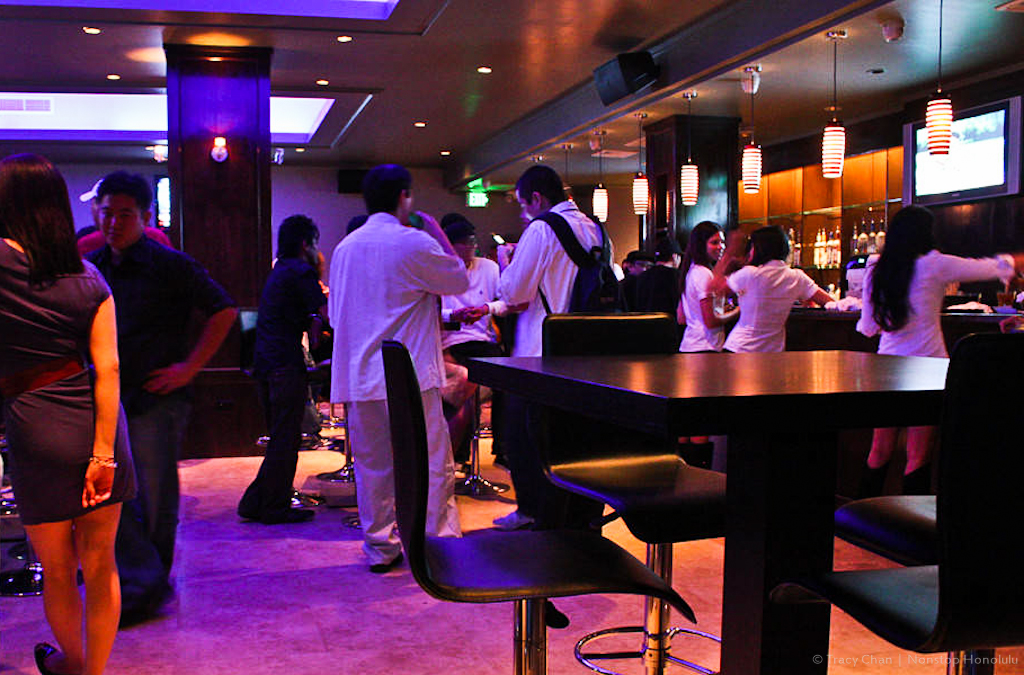 Ueoka took over in January. The hiring of an Alan Wong alum meant a total revamp of the menu, bringing in fresh local ingredients and more than doubling the kitchen crew to four or five on a given night. It also boosted Tsunami onto the radars of the town’s hottest chefs, with visits by Taste’s Mark Noguchi, Town’s Ed Kenney, Vintage Cave’s Chris Kajioka and Star Noodle and Top Chef’s Sheldon Simeon (Ueoka is, like Noguchi, Kenney and Simeon, one of StarChef.com’s Hawaii Rising Stars).

But what we really wanted to know was why would a veteran of iconic Alan Wong’s leave for a nightclub kitchen? For the chance to create his own menu, Ueoka said, a menu of comfort foods, using what he learned from his four years at Zippy’s to his 17 years at Alan Wong’s, where he started out as a dishwasher and from his second day started cooking on the line.

I wanted to know in particular, since we were being comped dishes that Ueoka was cooking and personally serving us, whether the food would be of the same quality for anyone on any night. How was the kitchen handling consistency issues, so that whether Ueoka was there or not, no matter who cooked it, the food came out pretty much the same every time? His answer? “We’ve been here pretty much every night.”

OK, then. Here’s what you’ll find on Tsunami’s new menu.

Wade Ueoka, new chef at Tsunami. What do you get when you blend a career start at Zippy’s, 17 years at Alan Wong’s and a hankering to create comfort food?