This year’s Hawai‘i Regional Scholastic Art Awards exhibit is “one of the most crucial exhibitions in HiSAM’s history.”

The 58th annual statewide Hawai‘i Regional Scholastic Art Awards Exhibition is a time capsule like no other. This exhibition is a collection of artwork created by Hawai‘i students in grades 7 through 12 as they adapted to their new pandemic-influenced lifestyle. The students’ works reflect the hardships they endured as well as the discovery of their own inner strength and voices.

The responsibility for orchestrating the largest and most prestigious student art competition in the state falls on HiSAM’s project manager, Kamakani Konia. “This year’s exhibition is unique from previous years because it captures such a critical moment in our history from the perspective of our young people,” he says. “Unlike previous years, so much of the art on display at the museum was created at home and it’s important that we recognize the kind of ingenuity and skill that went into these works when so many students didn’t have access to the traditional mediums normally found in a classroom setting.” 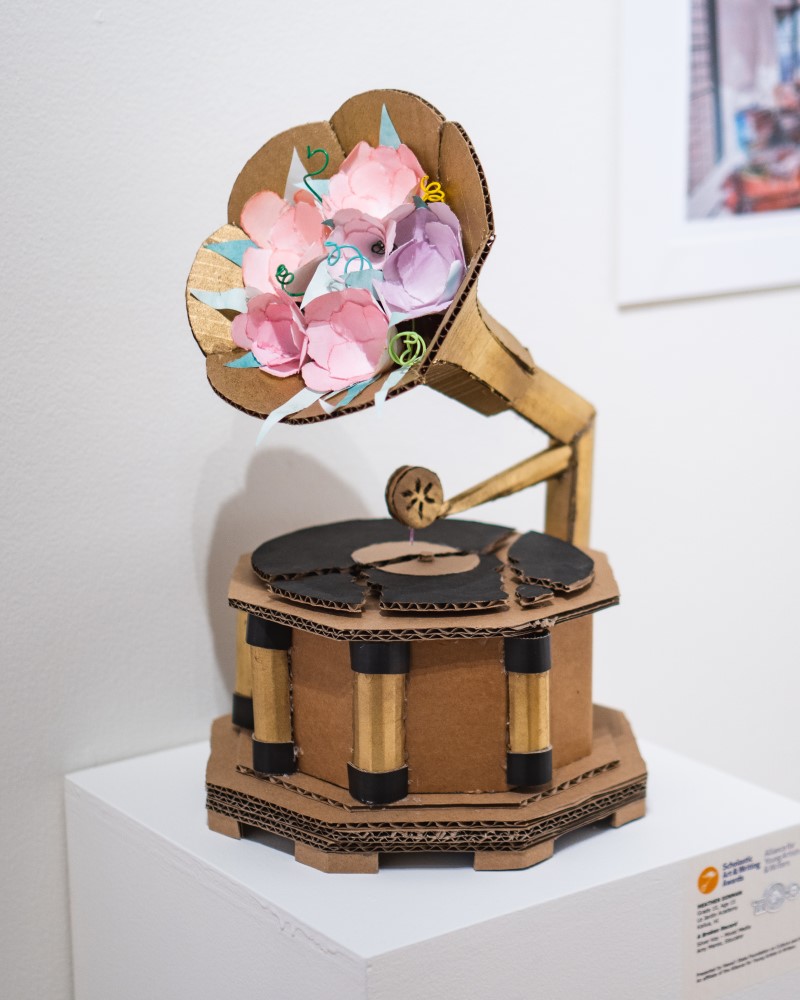 Many of the students’ artwork touched on the topics of life during the pandemic as well as the 2020 election and demands for social justice. “This year’s show is very dramatic. I see a lot of works of art that are answering to what the world has gone through in the past year,” says Karen Ewald, executive director of HiSAM, in a video about the exhibition. “It’s really impressive to see how they’ve responded to such a different shift in life.” 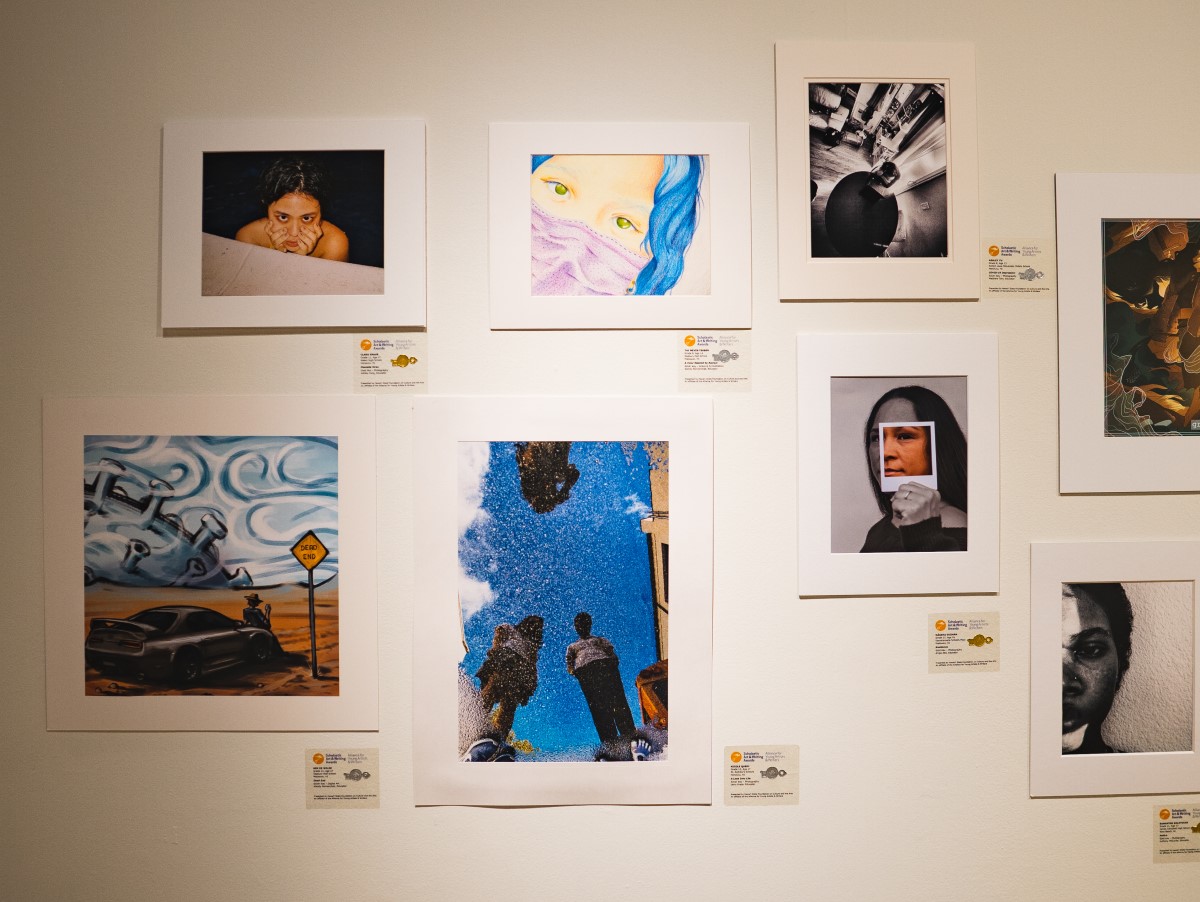 As extracurricular activities were canceled across the state, the Scholastic Art Awards—established by the Alliance for Young Artists and Writers, an almost 100-year-old organization that runs the nation’s most prestigious recognition program for creative teens—became one of the few programs that remained on schedule. Art was a lifeline for some students, especially during the lockdowns. “While I do art it feels like time is going super fast. I’ll start in the morning and I’ll look up and it’s nighttime,” says Mid-Pacific Institute student Luna Suzuki.

The flood of entries that poured in surprised Konia. “These amazing works of art lifted the hearts of our staff and the volunteer competition jurors tasked with narrowing down over 2,200 entries into what is now one of the most crucial exhibitions in HiSAM’s history,” he says. 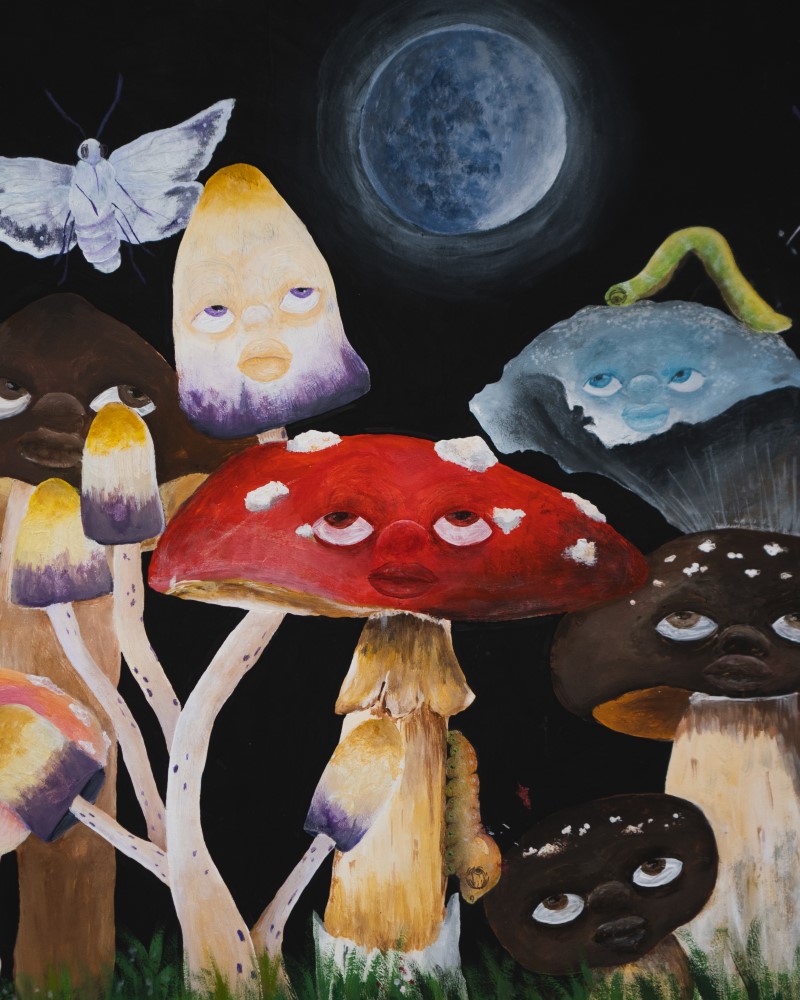 So who chooses which works make it into the final show? Konia breaks down the process: “The competition is organized at the local level by the Hawai‘i State Foundation on Culture and the Arts. As the Hawai‘i regional affiliate of the Alliance for Young Artists & Writers, we are responsible for organizing jury panels for each of the 17 different categories in the art competition. Jury panels are composed of volunteers from the creative community such as local artists and writers. Each work of art in the competition is judged on three criteria: originality, technical skill, and the emergence of a personal voice or vision. The judges then vote on which works will receive an honorable mention award, silver key award or a gold key award. Judges also select five works of art that will receive a nomination for the American Visions Award, which is a best in show designation.”

As expected, the show came with some challenges. An increase in photography entries—more than 1,000—meant there had to be three separate jury panels to handle the load. There was also a significant drop in 3D works because public school students didn’t have access to ceramics studios. Adjudication for the award-winning works had to take place over Zoom. Drop-offs for the exhibition, 239 pieces total, were individually scheduled to avoid large gatherings. The awards ceremony that normally takes place on the museum’s front lawn with students, families and teachers traveling from across the Islands, was canceled.

When reflecting on the students’ works for this exhibition, one in particular stands out to Konia. “There’s a piece called ‘What Could Have Been’ by Kilinahe Neuman that I think really sums up what our kids have had to sacrifice this past year,” he says. “The work is a color pencil drawing of a crying girl in a mask and in each tear there’s a captured moment of the typical high school experience that she’s missing out on: socializing with her friends, graduation and prom. When I look at this piece, I see someone who was forced to adapt to this radical cultural shift at a very pivotal moment in their development. It makes me think of all the student athletes who couldn’t play sports, or the thousands of freshmen who have yet to visit their high school campus in person. It’s heartbreaking to see these kinds of emotions on paper but in many ways that’s why it’s so necessary. So many decisions during this time were made for students without students, and that’s why the public needs to see these works. Our young people deserve dynamic and public platforms for their expressions during this critical moment in history, and art offers many of those kinds of opportunities.” 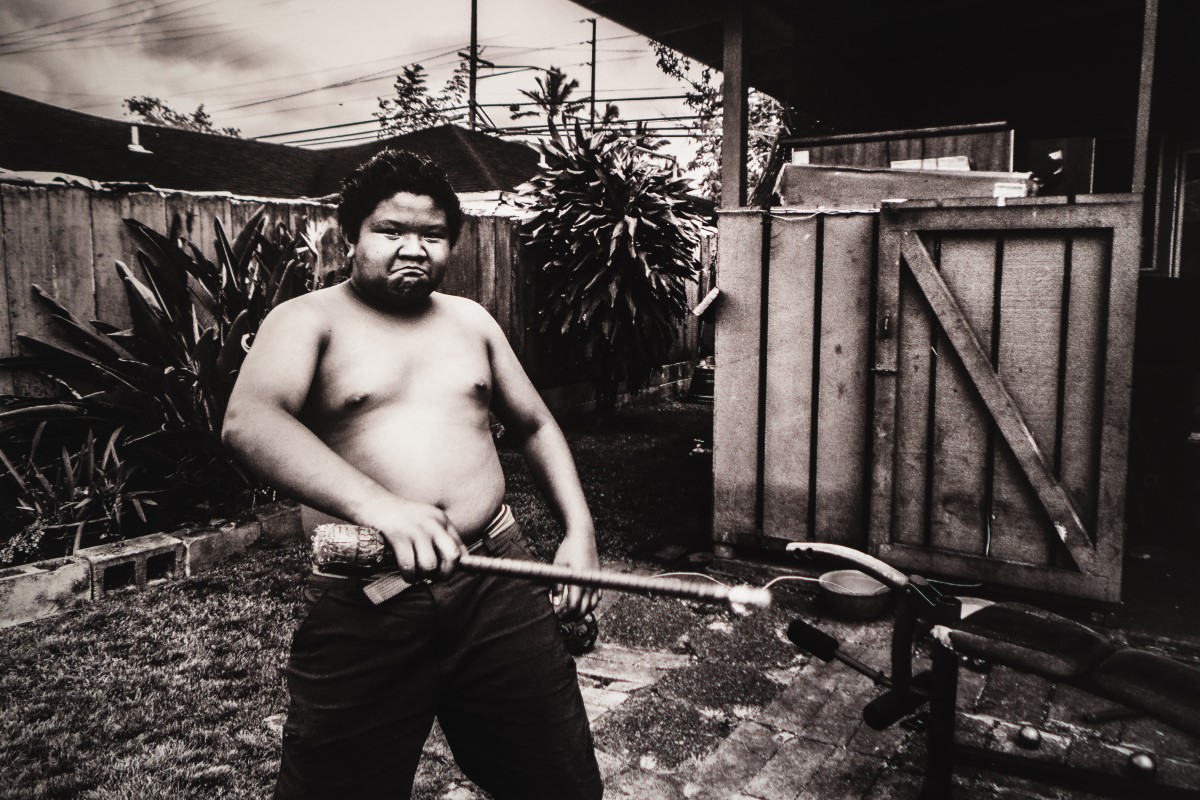 The stories of struggle have a happy ending: The students’ artwork is now on display inside of a prestigious art museum. “With the students’ way of expressing themselves, they get to inspire other people and that itself, the ability to tell a story, it connects all of us,” explains Aljon Tacata, Farrington High School’s photography teacher.

The students’ award-winning works carry with them a message of strength, resilience and hope. Home-school student Phoenix Maimiti Valentine stresses the importance of sharing her art. “I feel like when people see art, they can be inspired to make a difference in the world. And with my art in a museum alongside so many other talented students, other people can be inspired to create art as well and make a difference in the world.”

Lisa Shiroma is a correspondent for HiSAM and is an artist and art educator. Lisa is the former owner of the HiSAM Museum Gallery Shop, which she ran with partners Aly Ishikuni-Sasaki and Travis Sasaki from Mori by Art + Flea from 2017 to June 2020.