A chef offers his version of a famous resort's eggnog 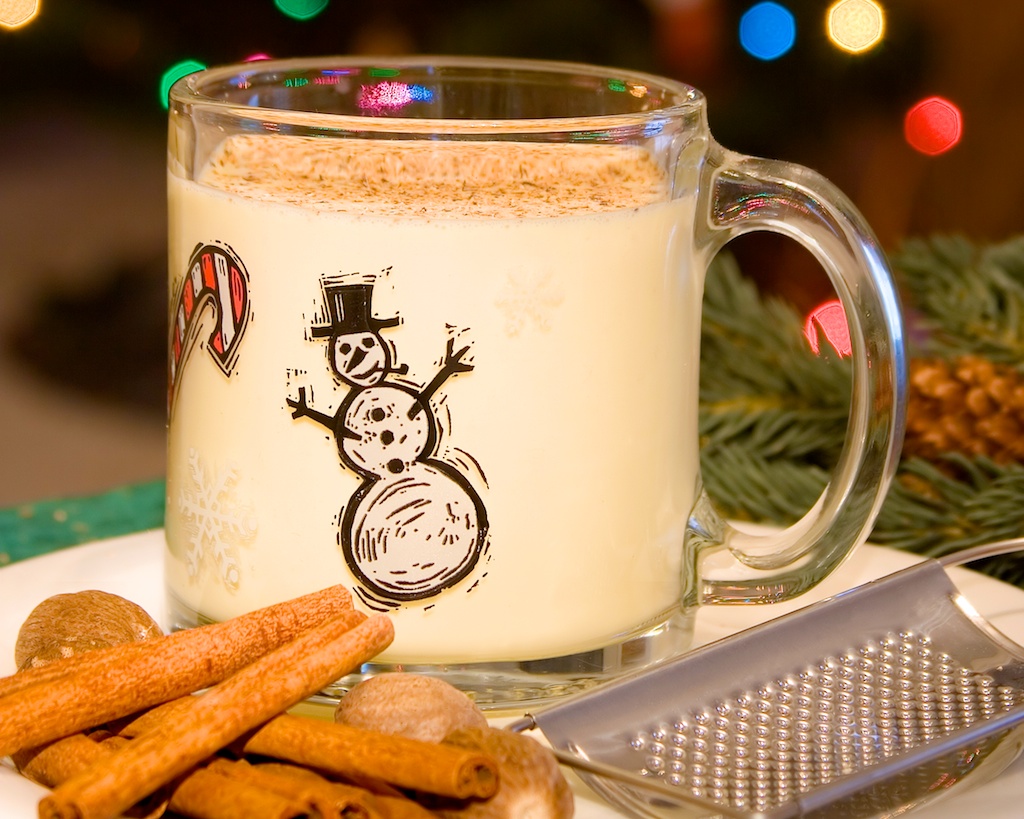 When I worked at The Greenbrier Resort in West Virginia, the day after Thanksgiving was not Black Friday; it was eggnog day.

The thing that made Greenbrier’s eggnog so unique was the curing process. The day after Thanksgiving, the food and beverage director, the executive chef, sous chefs, executive pastry chef and various bar managers would come to the pastry shop to oversee the making of eggnog. In preparation, someone from the pastry staff would go to the liquor control room for a case each of brandy, bourbon, creme de cacao, dark rum, light rum, Grand Marnier, multiple brands of whiskey, as well as a few bottles of Cointreau, Frangelico and Kahlua. This may see like a lot of liquor, but this one batch of eggnog (approximately 20 gallons) served guests for most of the month of December.

You’re probably wondering why so many managers had to “oversee” the making of eggnog. Aside from the copious amounts of alcohol involved, they were there for their individual palates. Once the base was made, the alcohol was added one bottle at a time, with everyone tasting the eggnog. All of the managers would comment on the flavor and say what needed to be added. “Add another bottle of dark rum,” someone would say. “It needs more Grand Marnier,” another would add. “No, not that whiskey, the other bottle of whiskey,” yet another would say. This would go on for hours. Some managers would even leave to take care of their responsibilities and come back later to check the progress.

Then came the curing process. Many modern recipes require you to cook the eggs and dairy together to pasteurize it and guarantee that any harmful bacteria are killed. The Greenbrier recipe didn’t require eggs to be pasteurized through active cooking. Although the dairy was heated (barely a simmer), this was primarily done to dissolve the sugar and activate the steeping process for the cinnamon sticks, nutmeg and vanilla beans that flavor the base. Once the alcohol was added, and the flavor was right, the eggnog was poured into giant dairy cans to cure in a cooler for the next two weeks.

During this time, the flavors melded together and the alcohol mellowed as it cooked the proteins from the eggs, which thickened the mix. The eggnog, however, wasn’t done. Because the alcohol flavors mellowed as the eggnog cured, the chefs and the F&B director would return to the bake shop every day to taste and adjust the flavor by adding more alcohol.

This is not the Greenbrier recipe, but a recipe that I have personally used for years. Having seen how eggnog was made at the Greenbrier, however, I’m convinced it would be impossible to duplicate it anyway. The only thing that’s consistent every year is the base. The added flavoring changes depending on the tastes of the people making it. This is why I suggest you use my recipe as a guideline and feel free to adjust the alcohol to suit your preferences.

Note: If you have a recipe that calls for whole eggs, try making the eggnog with just the yolks, then folding in the whipped egg whites at the end. It will give you a frothier eggnog.

Making holiday eggnog, especially if you do it the way the Greenbrier does, can be somewhat labor intensive, but I promise that the end results are well worth it. So, fight the urge to buy a carton of the pre-made stuff and take some time to make a batch of real holiday cheer.