Scare my costume off 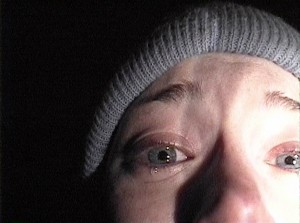 Sure, I’ve seen the classics such as “The Exorcist,” “Psycho” and “Scream.” But I probably only saw 20 percent of each film, my head usually ducked into my lap and my fingers jammed into my ears. I couldn’t sleep with the lights off for months after watching “Child’s Play,” thinking some crazed red-headed doll was going to chase me with a butcher knife.

Seriously, scary movies aren’t for me.

But every year, around this time, I think about watching something that will make me flinch at every noise outside. And this year is no exception, as Halloween falls on a Sunday, making it almost impossible to fully enjoy the evening-only holiday.

So I’m guessing a lot of you will be staying in this Halloween. And what better way than with a DVD of your favorite scary movie. (Unless you’re heading to the theaters to watch “Paranormal Activity 2,” which earned $41.5 million in its debut.)

The Chicago Tribune released its picks for the 25 scariest Halloween movies. Here’s its Top 10:

I found it interesting that only two movies on that Top 10 were released in this century. Meaning, the best scary flicks were done decades ago, without the gory computer-generated graphics and shocking visuals so prevalent in today’s horror movies. Before, it was about creating the suspension and anticipation, about developing plots and making you actually feel scared. Nowadays, it’s about overt gore — think “Saw” and “Hostel” — and less about that true scare factor.

Got a favorite must-watch scary movie to watch this weekend? Or are you going to be like me and watch “Hot Tube Time Machine”?