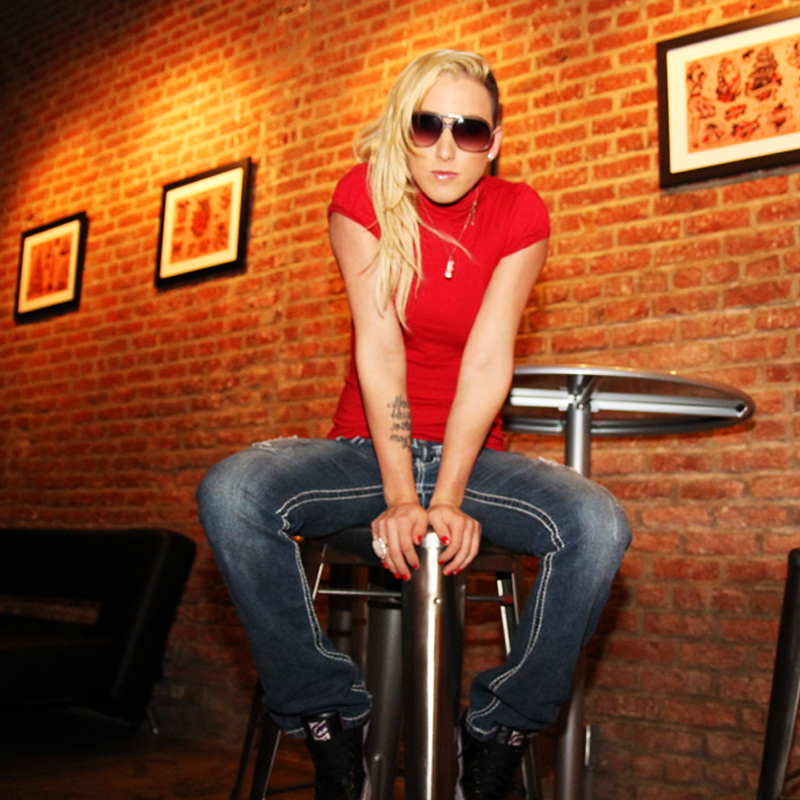 KC Lyn is a novelty in Honolulu, a town where female rappers are virtually nonexistent. But the graceful, dynamic 22-year-old Missouri native (she moved here about two years ago to study business at HPU) doesn’t want to be known as just a novelty. With a mixtape and performances at Pipeline, Jazz Minds, RumFire and 4Play under her belt already, she’s serious about breaking into the mainstream hip-hop industry, and even more serious about her music.

KC will be the special guest on OC16’s “Dis-N-Dat” show on Sunday, Jan. 23 at midnight and 2 p.m., and Saturday, Feb. 26 at 6 a.m. Her new album, produced by Kutmaster Spaz and Osna and as yet untitled, drops at the end of March, and will be available on iTunes and Hawaiitunes.com.

How’d you get into rapping?

It started with breakdancing, actually… My freshman year of high school was when I really started getting into that.

What got you into breakdancing?

Michael Jackson! No, really, it’s the truth. The first time I saw someone really break it down and it made me go, “Wow, I want to do that” was Michael Jackson’s dancing. I never really hooked up with a crew… I just battle solo, whoever wants to. I’ve danced in a music video before too.

I used to go to Waikiki Shack and battle whoever would battle me. Another place I’d dance is Bar Seven. Six months ago, I battled [the guy who played] Rufio in “Peter Pan.” He’s older now, of course, but he’s a b-boy, and he was bringing it!

What kind of reaction do you get from the b-boys?

The same one I get when I start spitting (rapping). Their eyes get real big and their jaws drop, and I get so tickled. 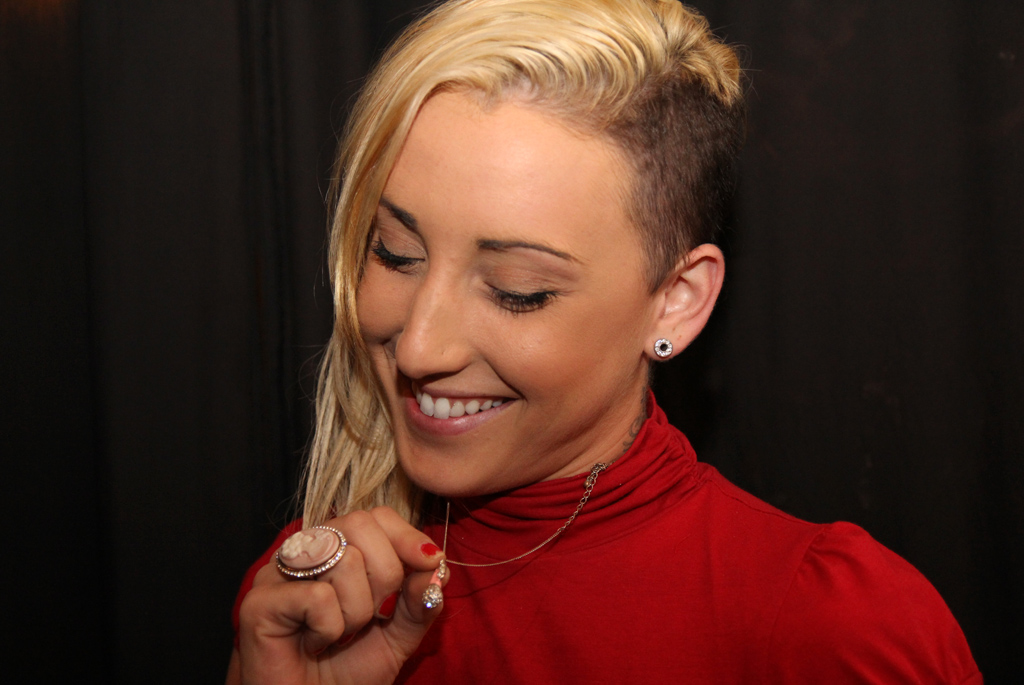 Have you ever have trouble with people not taking you seriously because you’re a girl?

Absolutely. Still to this day, because I’m not only a female, I’m a white female.
I only know of one other female rapper here, and that’s Yumi Doll. The women need to step up!

What have your experiences been like as a female rapper?

I’ve always been a writer, but never really rapped my own stuff until a couple years ago. From breakdancing… rapping is another part of the whole hip-hop culture. It’s so motivating. If I was on my deathbed and I felt how I feel when I rap, I’d probably be brought back to life.

I started with a rap group called Jam ROQ (several artists who are no longer on the island). We did that for six months, opened for Nikki Minaj, then I split with the group and started doing a solo thing. I put together a mix tape and… gave it to Kutmaster Spaz. He called me back, and he’s my manager now.

My most recent show at RumFire was with Krystilez and Big Mox for Nine: It’s Not What You Think. It was just amazing… an honor to work with Double G (the LA-based maestro of daKAH Hip Hop Orchestra) and the Honolulu Symphony.

Tell me a little bit about your new album.

The album came about because I want to come to the game ready… The direction I’m going with it is real old-school hip-hop with a little bit of new school… with the dominant female holding it down. I want to portray a strong female, and not the whole sexy “I’m a bad biatch…”

What are some of your influences?

Missy Elliot is my number one inspiration of all time, and I totally admire MC Lyte, Queen Latifa, Lisa Left Eye” Lopes from TLC, all the amazing female artists. Nas, and always James Brown.

You do both rap and R&B, but you identify yourself more as a 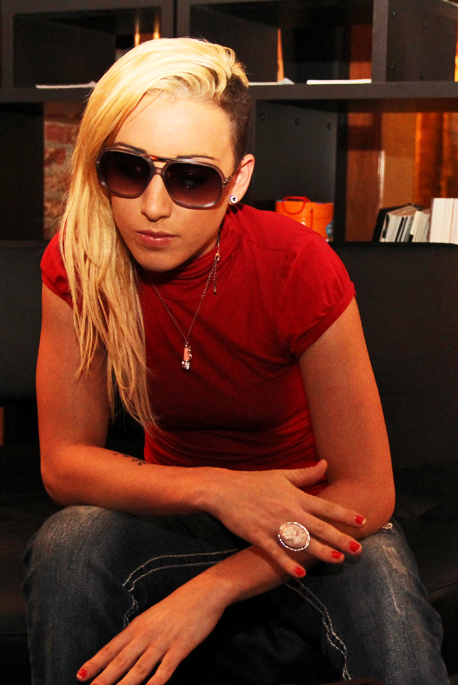 I do a little of both. It’s just a different type of feel. When you get a beat and feel it out, you decide whether you’re going to come onto it hard or come onto it soft and smooth. I definitely rap more, though. It’s where my personality most comes through; it’s where I’m being more myself, and my self is more fun and upbeat.

What’s in the future for you?

Once the album is released, I’m hoping to be shopped and get picked up by a major label.

Would you be willing to leave the island?

Oh yeah, absolutely. When I first started, I was like “I wanna hold it down for the 808, this is where KC Lyn was really born.” But if no one can hear me out here, I gotta go get heard, and then I’ll be back.

It’s so hard here… because when people come to Hawaii, they think “vacation.” They don’t think about the hip-hop scene, because people want to hear the Hawaiian music.

What do you think the state of hip-hop is in Honolulu?

I think it’s a tight family. I think it’s totally awesome how the MCs get together for battles, and at the end of the battle, they can hug each other and talk about the things they said to each other. That’s how it should be. It should be all about ohana.

The Hawaii scene is so underground, but so amazing. Nobody knows that it’s this good… if it got released, Hawaii hip-hop could take over the world. I always like to think it’s like the undiscovered Hollywood out here, because it’s so untapped.

What’s the state of hip-hop in general?

I think that money has corrupted it. If you wanna talk about the mainstream, I think there’s some talent in there, but the industry is letting a lot of rappers do what they want, and it’s not good. There’s still some real MCs left in the game, though.

I don’t think hip-hop will ever be replaced, though. It’s a culture, a lifestyle, it keeps people alive. It’s going to have its ups and downs like everything else. 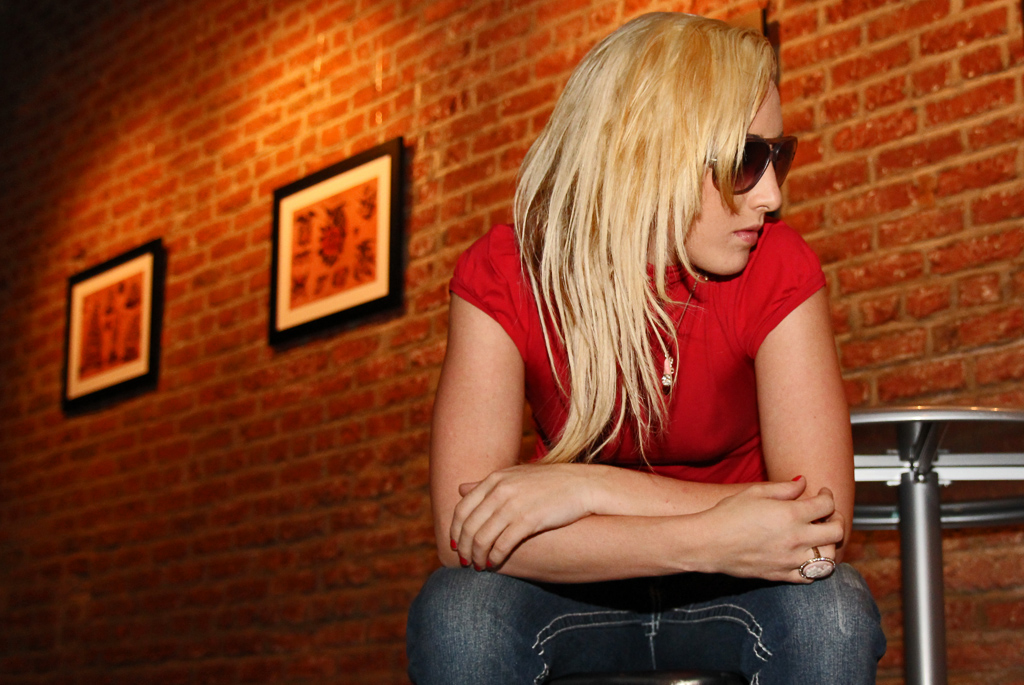 How does your music happen?

Well, Osna lays out some beats for me, and I sit in my car with a pad and a pencil and listen to the beat until I hear a song. Usually it doesn’t take very long… I get so inspired by the beat that it just comes to me. Three to four hours, I would say, is what it takes to perfect a song. I just listen to the beat over and over, and eventually, words start flowing out of me. It comes from so deep inside. It’s the most therapeutic thing in my life.

Everything that i talk about is so personal. A lot of people tell me I shouldn’t put my personal life down so specifically, but that’s what comes out. If I’m going to talk about a situation, I’m gonna tell you exactly what went down. That way people can relate to it better.

Tell me a little bit about your personal background?

I moved out here two years ago, after my stepdad passed away. I was going to go to school to get my business degree, and take care of my family that way. But there came a point when I dropped out of school to pursue my music career. I wouldn’t have done it, but there was an ultimatum. The week of finals, I was recording an album (with Jam ROQ), and it was either record the album, or do the finals. I think with all I’ve accomplished in two years since then, it was worth it, though. My family is definitely the reason I keep doing this. They keep waiting for me to… make it big.

Watch KC lay it down: