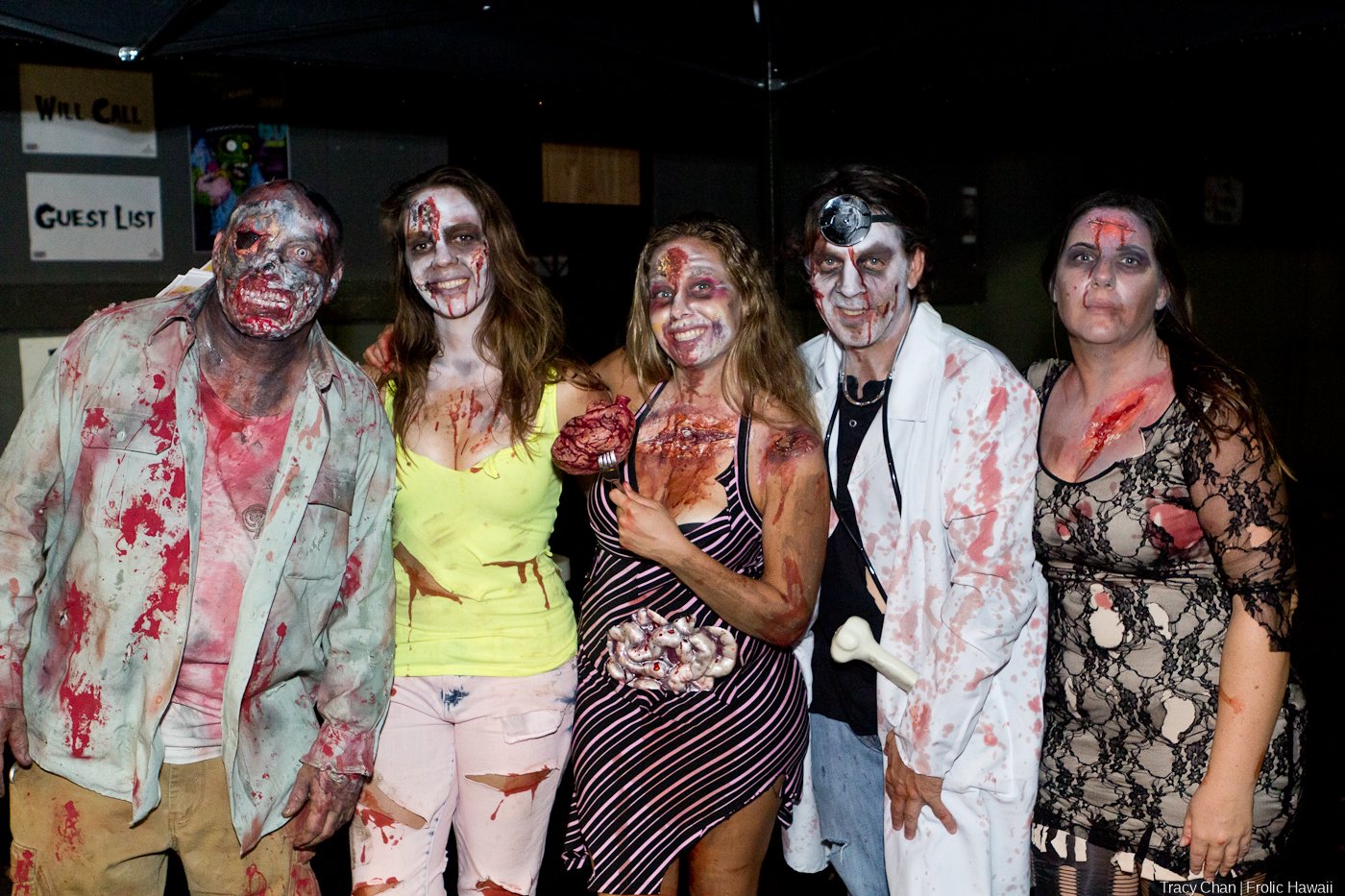 The fourth annual Hawaii Zombie Crawl brought out horrific hordes of zombies Saturday night, despite the rain. The annual pre-Halloween Chinatown bar crawl kicked off at The Fix, where some zombies got their makeup done, then headed to Mercury, J.J. Dolan’s, Eleven44, NextDoor, Downbeat Lounge, Bar 35, Manifest, Hank’s, The Dragon Upstairs and O’Toole’s, where various entertainment awaited.

Along with live music and DJs, there was a dance contest at NextDoor, a rocking set by Kings of Spade and a zombie costume contest at The Fix for the creepiest, most authentic zombie to close out the night.

One of the highlights of the night was one of Go Jimmy Go’s very last shows before band members hang up their hats. (Hawaii Zombie Crawl organizer Eric White is GJG’s saxophonist.) The last show that GJG has planned is a 20th Anniversary/Farewell show in early 2016, so keep an eye on their Facebook page.