Parent to Parent: Off to a Clean Start

Getting our house in order is a family tradition. For Kennedy, however, it’s a new, uh, joy. 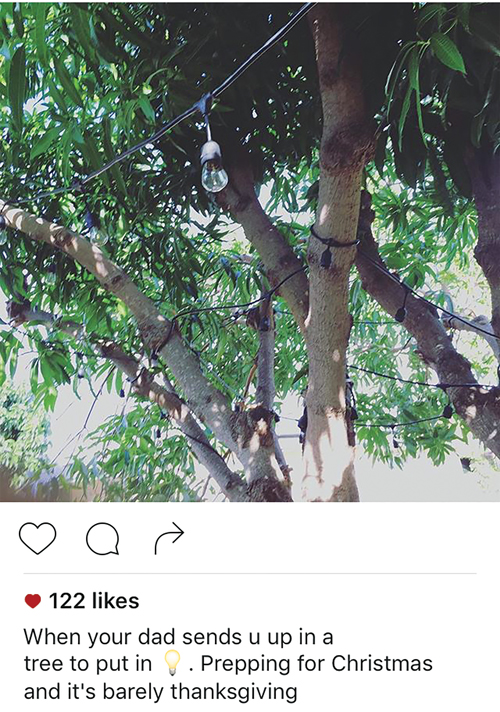 Every year, our family does some major spring cleaning. It actually starts in the winter, when we prepare for a large Christmas Eve/birthday bash we host for my mother-in-law. At first, our efforts were focused on clearing—and hiding—debris. But, after a couple of years, my wife, Cyd, and I decided to use the party as our opportunity to do those jobs and repairs that we never got around to doing. So, after we vacuum up the Jurassic-era dust bunnies, we tackle long-term projects such as clearing out the guest bedroom that we were using as a walk-in closet or heavily pruning our looming mango tree. (Both I and the mango tree are still recovering from that one.)

This year, Cyd’s big project was reorganizing our pantry and kitchen drawers and tossing out old spice jars and utensils. When she announced her plans, I may have rolled my eyes. Who at the party is going to be opening our kitchen drawers? Besides, I know exactly where everything is, I said to myself. A couple of months later, I have to admit that now I know where everything is.

“Many cultures have traditions to start the new year off with a clean slate. For instance, the Japanese call this type of preparation osoji, literally ‘big cleaning.’”

Of course, the idea of “cleaning house” and getting the family’s household affairs in order is nothing new. Many cultures have traditions to start the new year off with a clean slate. For instance, the Japanese call this type of preparation osoji, literally “big cleaning.” It’s usually accompanied by the practice of paying all one’s bills and debts by year’s end. I’m not sure what the Japanese word for that is, but, for me, the English words that best describe this is: “not likely.”

More recently, researchers have claimed that spring cleaning may have biological origins. The sleep-inducing hormone melatonin is produced in more abundance during the sunlight-deprived winter months. So, when the sun is shining brightly, the theory is people are more energized and ready for heavy lifting. I’m not sure how relevant this is in sunny Hawai‘i, but I am familiar with the sense of accomplishment and the feeling of comfort I get when I see something that I helped clean is tidy and complete.

When Cyd and I first started spring cleaning, we would ship our son, Kennedy, off to one of his grandmothers for the day. As most parents know, “kids” and “productive” are mutually exclusive terms when it comes to household chores. Generally, kid labor means the tasks take twice as long to complete and are about half as effective.

Kennedy is a teenager now, so he has his own spring-cleaning duties and responsibilities, which, to be honest, he’s still wrapping his head around. Like his father, he has been known to roll his eyes and question the utility of some of our long-term projects. For instance, a couple of years ago, he was a disgruntled worker throughout most of our multiweekend mango tree-pruning ordeal. He loudly protested as I trimmed branch after branch, pleading with me to stop before I did any more damage (to him, not the tree). He even launched a sit-down strike on a few occasions.

When we finished cutting and carting off all the foliage, Kennedy helped me string lights throughout the thinned-out canopy of branches. He complained the whole time; however, a little later I saw him climb the ladder up the tree with iPhone in hand. At sundown, the tree, neat and tidy, with a gentle golden glow, was gorgeous. Sweaty and tired, I felt that familiar sense of accomplishment, even bliss. Kennedy felt the same way. He never told me that directly, but I read about it on Instagram.