What I learned from one remarkable nun and “Zorba the Greek.” 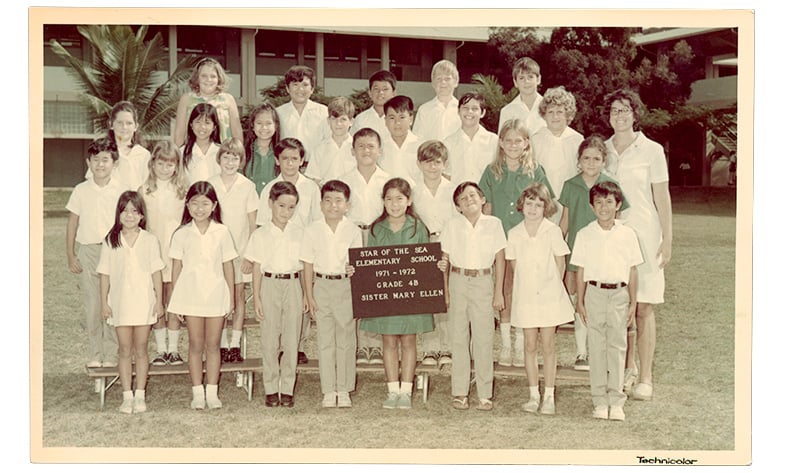 In fourth grade, I learned how to dance like a Greek. Every Friday, when we cleaned the classroom, we’d push our desks aside to make a dance floor. My teacher, Sister Mary Ellen, would play the soundtrack from Zorba the Greek on the record player, and we’d join arms and dance in a circle, slow at first and then faster and faster, kicking our legs high into the air.

Sister Mary Ellen was far and away my favorite teacher. She was unlike any other nun or teacher I had before or since. Seemingly straight out of the convent or teachers’ college, she was bursting with energy and enthusiasm, always laughing and always loud. At nearly 6 feet tall, accentuated by the European clogs she always wore (a staplein the ’70s), she was an imposing presence. That is, until she scooped you up and gave you a long, hard hug.

A couple of years ago, Harvard University published a landmark study that quantified the value of a good teacher. One of its findings was that a good fourth-grade teacher makes a student 1.25 percent more likely to go to college. Sometimes we parents are easily impressed by a fancy resume, an ambitious syllabus or a reading list of sophisticated books. But looking perfect on paper doesn’t always translate into meaningful learning.

For the life of me, I can’t remember a single lesson from Sister Mary Ellen. I don’t know how or if she inspired me to go to college. I do know she was truly happy to see her students every morning and her classroom was a haven. In retrospect, my school year with Sister Mary Ellen may have been the first time I experienced the warm embrace of family, outside of the family. I have had teachers I feared and teachers I respected. She was one of the really great teachers I’ve had who I wanted to emulate.

I always assumed that Sister Mary Ellen left the order and went on to other, more exciting things, such as founding Greenpeace or fighting to end apartheid. So I Googled her and learned she’s still a nun and still doing great things. After teaching for several more years, she became a missionary and served in Africa for 30 years, working in Kenya and then in Sudan, where she helped the “Lost Boys,” orphans of that country’s long civil war. At one of the refugee camps, a former child soldier had dug a grave for himself and lay down in it, wanting to die. A huge crowd gathered around, people praying and screaming for the young man to get out. Sister Mary Ellen climbed into the grave and coaxed the man out, pointing out that there were so many people who wanted him to live. I imagine after they emerged from the grave the young man got the hardest, warmest hug that he ever got in his life, and the refugee camp had the biggest, wildest Zorba dance in all of Africa.