Online dating not for me 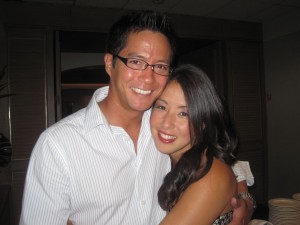 Now why is that millions of Americans are still single?

Or, at least, why am I still single?

See, the ads almost worked for me. I was lured in by the seemingly sincere couples — all of whom weren’t bad looking, by the way — who had found love online. They filled out that ridiculously long questionnaire — friends of mine said it took them hours to complete — and within weeks got matched with people who fit their love request.

But I just didn’t buy it. I’ve heard too many horror stories about online dating — from weirdos who are looking for quick hook-ups to potential online stalkers looking for “love” but in the wrong sense — that I’d rather date the hard way. Meaning, meet people IRL, you know, over lunch, at coffee shops, in line at the grocery store. (Or, in my recent case, through friends who convinced me this was the last good single guy on the planet.)

It’s not like in college where you could sit next to dozens of single guys — all age appropriate — who are following, at least at that time, the same path as you. Now, in our 30s, we’re scouring drugstore aisles and doctor offices, nagging friends or browsing Facebook pages to search for that potential mate.

Interestingly enough, according to a new study out of Stanford, adults who have Internet access are considerably more likely to be in a relationship than those without it. It went on to say that “in the next several years the Internet could eclipse friends as the most influential way Americans meet their romantic partners.”

So maybe eHarmony’s onto something. At least its new ad campaign — directed by Academy Award-winning documentarian Errol Morris — seems to profess that.

“Love Begins Here,” it says. Let’s hope it doesn’t end there, either.