Fans of the old Downbeat Diner can find new takes on meaty and vegan favorites, complete with a conspiratorial twist, at the new Other Side Diner. 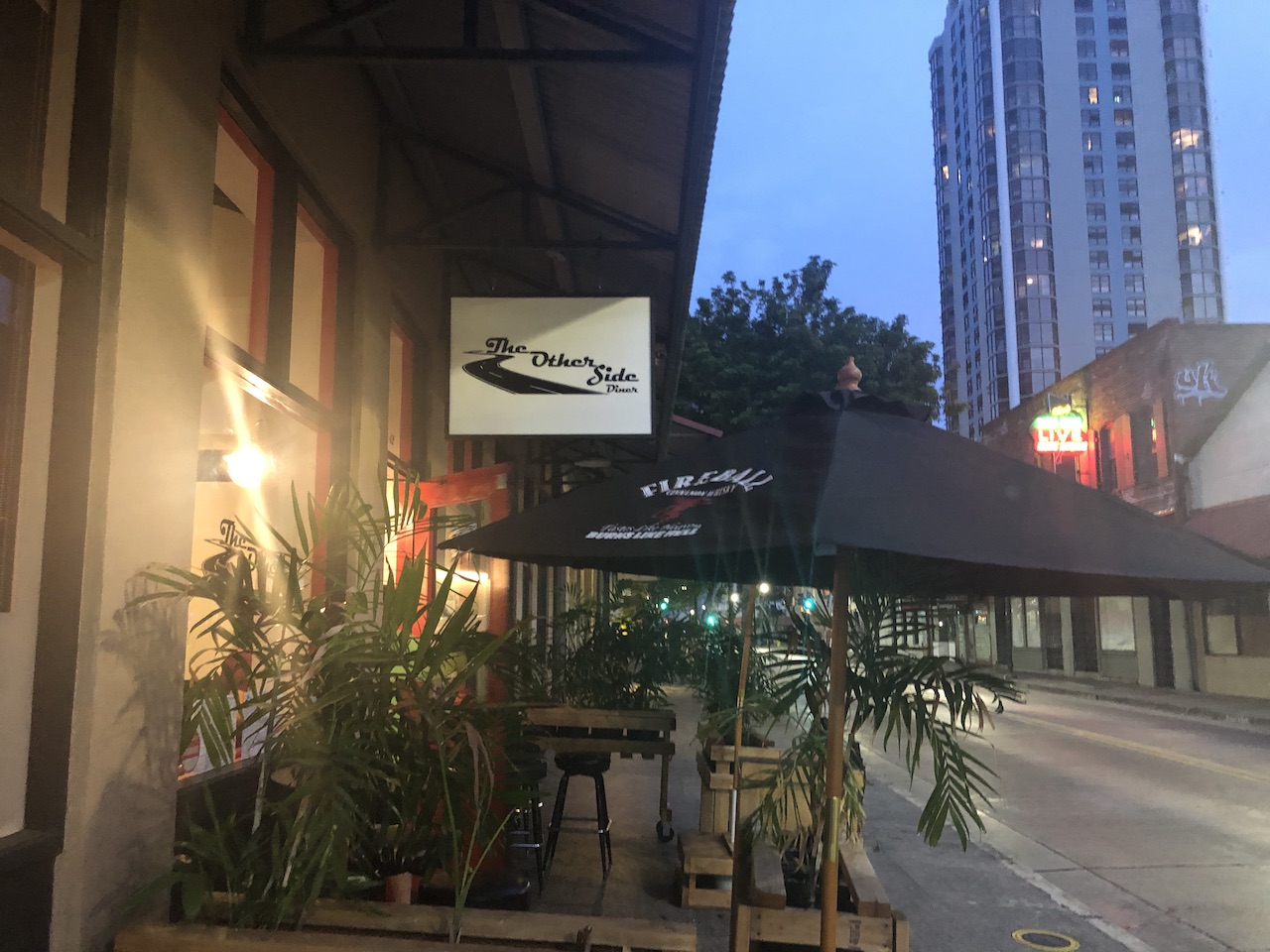 If you’re craving some diner fare with vegetarian and vegan options, you can still find it at a familiar place with a new name: The Other Side Diner.

That’s because when quirky Downbeat Diner in Chinatown closed, the owners of neighboring nightclub and concert venue NextDoor were already looking for a way to take it over. An outright purchase didn’t work out, so Downbeat was reborn with a new name and a theme that’s a cross between ‘50s diner and conspiracy theorist hideout.

But first, the food. Those of us who appreciated Downbeat’s reasonable prices and plentiful vegetarian and vegan alternatives to its meatier dishes can take heart: The Other Side serves up many of the most popular items, including the vegan chicken wings, veggie burgers and loco moco. There’s still breakfast all day. And prices still average $8 to $14 for most items. 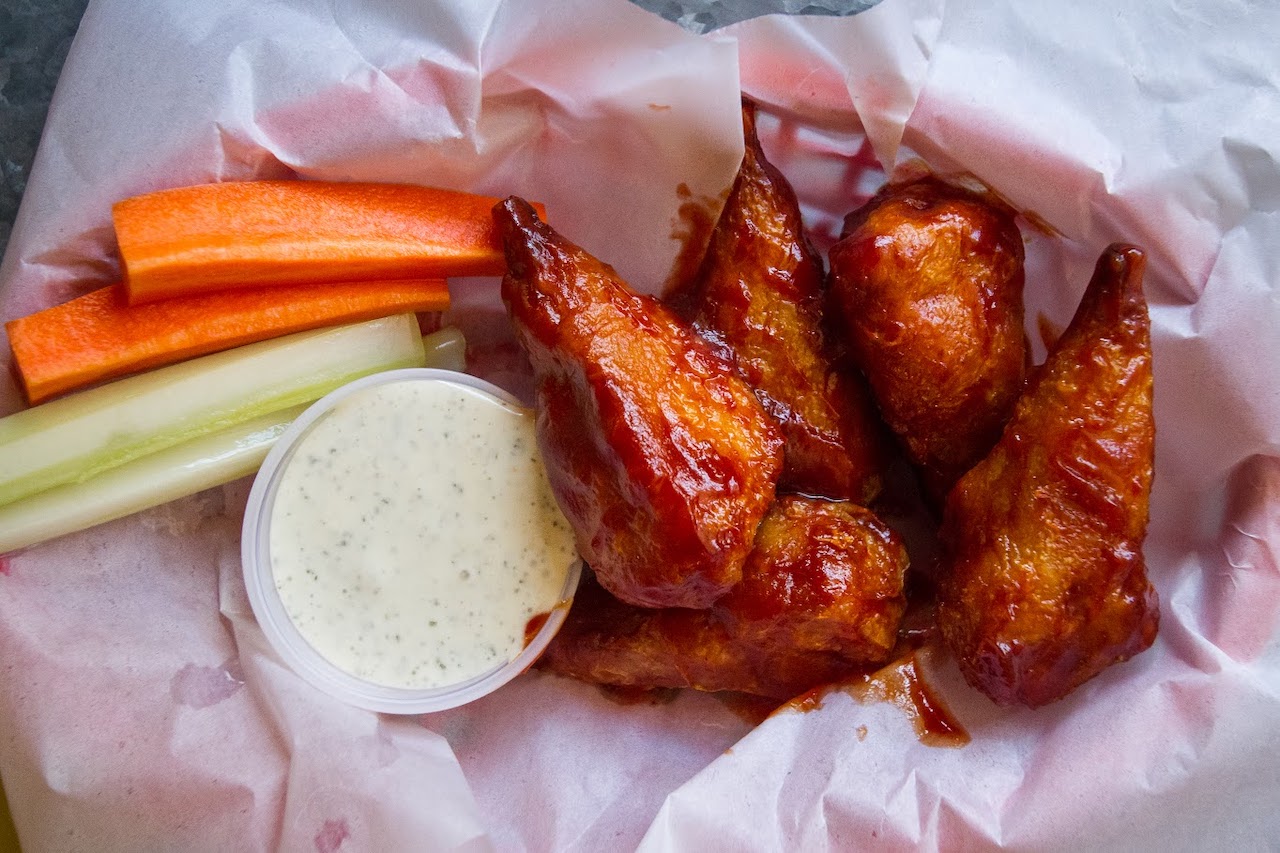 Vegan chicken wings, adapted from predecessor Downbeat Diner. Photo: Courtesy of The Other Side Diner

The new throwback concept was dreamed up by the management team of Broken Glass LLC, aka Michael Gray, Marty Simjian and Shaun Ohashi. With decades of experience among them in restaurants, bars and nightlife, the trio saw an opportunity to pivot that’s allowed them to keep working since the nightclub business evaporated with the shutdown orders. “We’re really going for a Roswell, New Mexico, 1950s UFO conspiracy theme,” Simjian says. “We just really saw the value in having that space in Chinatown and how it blended the vegan and meat-eating community together. We’ve always loved the place.”

About 75% of the menu, Gray estimates, is pretty close to what Downbeat offered. They still serve regular and boozy milkshakes, including recent choices of a peanut butter whiskey, spiced rum nut and Tootie Fruit Citrus vodka. And yes, you can order a PBR. They’ve added food specials and jazzed up options for Sunday brunch, which has proved popular since the pandemic has thinned out Downtown crowds. Brunch includes an eggs Benedict burrito with hollandaise and, of course, there’s a UFO omelet. 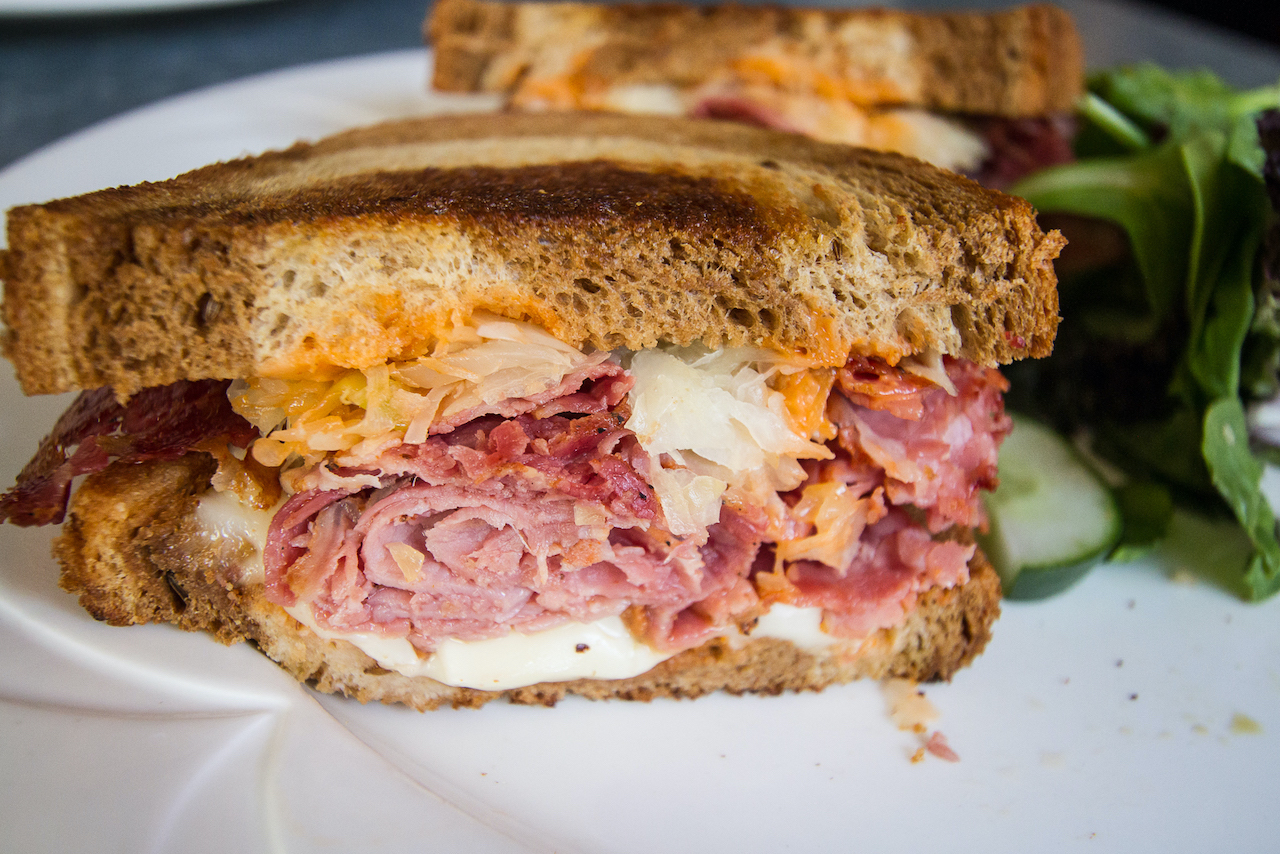 A carnivore choice: The Jack Ruby-en sandwich is a riff on a Reuben. Photo: Courtesy of The Other Side Diner

For those that want meaty diner fare, an early favorite is the Jack Ruby-en, a riff on a Reuben sandwich named after the Dallas nightclub owner who gunned down the man The Other Side Diner says is the alleged assassin of President John F. Kennedy (“Did Lee Harvey Oswald really shoot JFK,” the website asks, “or was he just a patsy?”). The carnivore in our group tried the pastrami and Swiss version and gave it a thumbs up, but thought more sauerkraut would make it even better. The menu also includes a breakfast burrito with bacon inside, chicken tenders and burgers. The pulled pork sandwich, also popular, is dubbed the Squealer Delight. There’s talk of adding a vegan option that’s not jackfruit, so we’ll have to plan a return visit.

As for the vibe, Downbeat’s booths remain but the musician print is gone. Pandemic-friendly seating includes empty space for social distancing. The owners credit loyal customers, understanding landlords and a team that has been cleaning, painting and making repairs for helping the business survive. 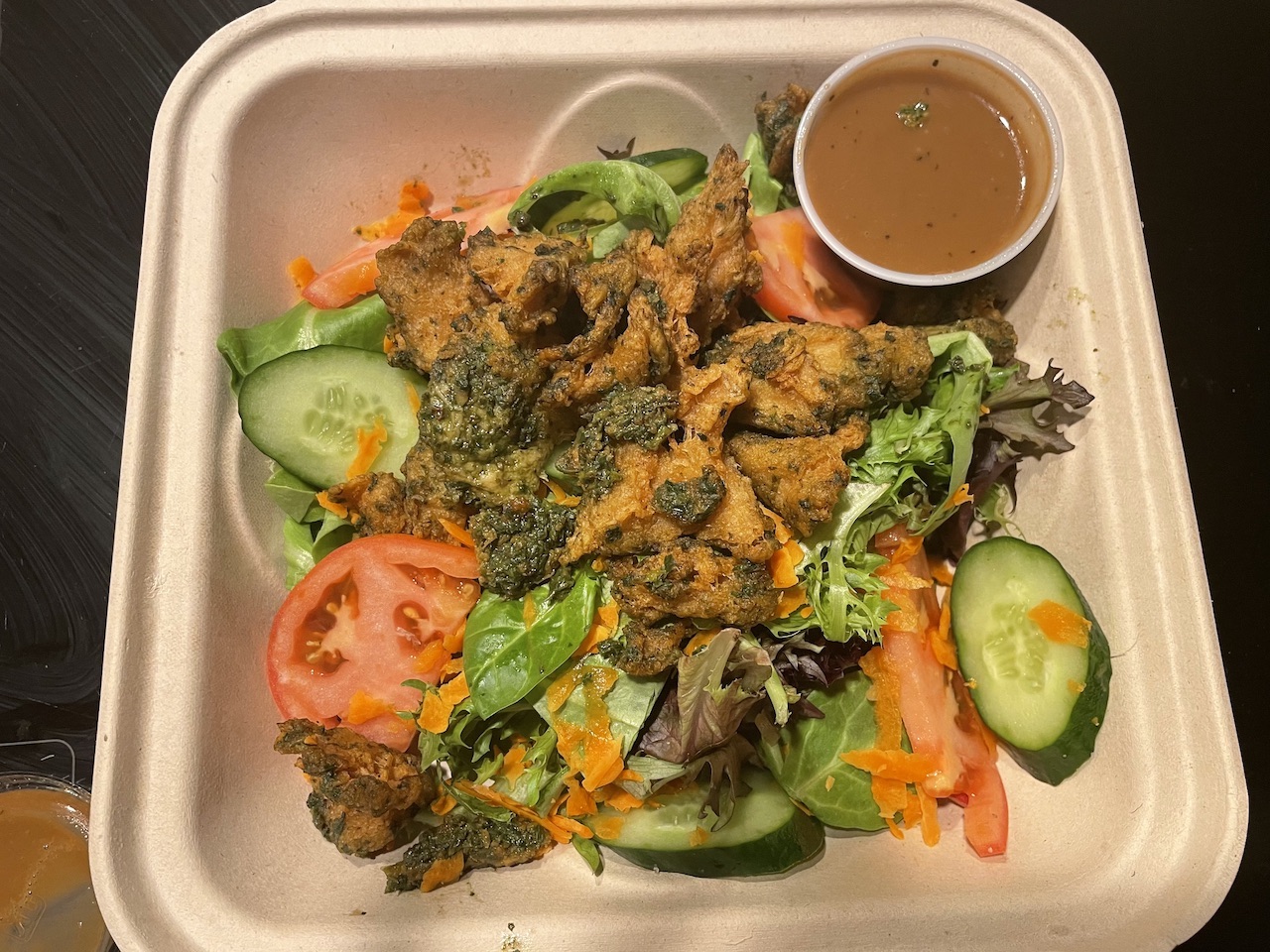 And I can still get that vegan pesto chicken salad that I’ve ordered for years. Here’s to future specials and a day when I can a meet a writer friend I haven’t seen since February and we can order that same salad in the same booth and relive our favorite conspiracies.