It’s owned by Steven Lee, who also owns Vons Chicken at Palama Market nearby, and he knows a thing or two about fried chicken. However, since Vons is a chain, he’s locked into only using their recipes and isn’t able to spread his creative wings. Chicken Factory gives him the chance to show the world his take on Korean late-night favorites.

I’ll admit, I was skeptical. How different can this chicken spot be? Well, I was wrong. I went for a taste recently and was more than pleasantly surprised. In fact, now I really want to go back to Korea to see how it compares! 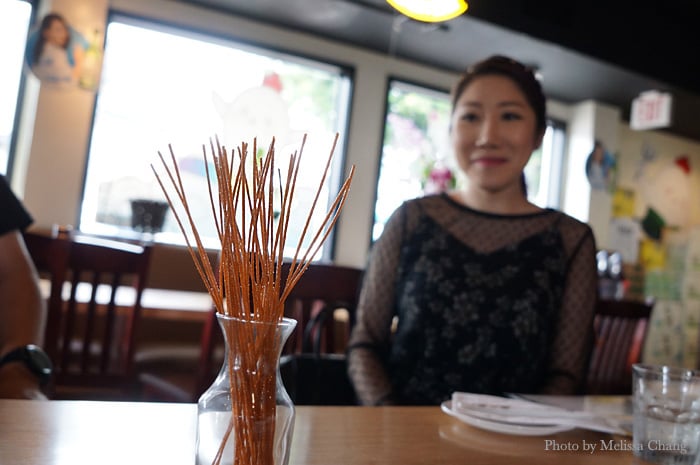 Western restaurants give you bread; Chicken Factory gives you vases of deep fried pasta to munch on. Our friend Nicole briefed us on how popular chicken is in Korea and the philosophy behind Lee’s cooking. 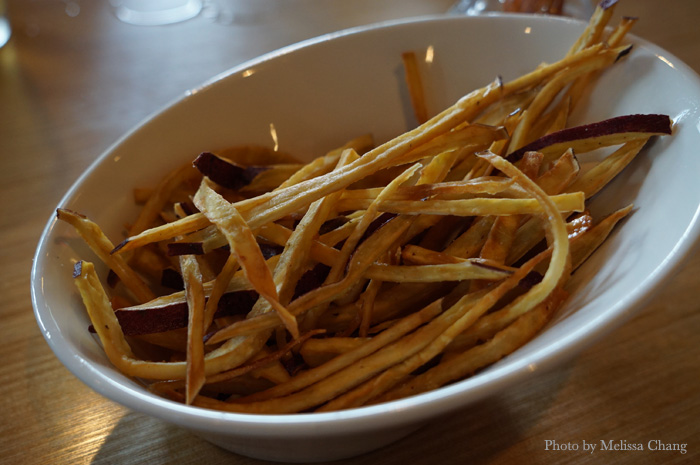 Sweet potato fries, $9.95. This is popular with Western customers, but an oddity for Koreans, who would normally never think of ordering fries at a chicken restaurant. 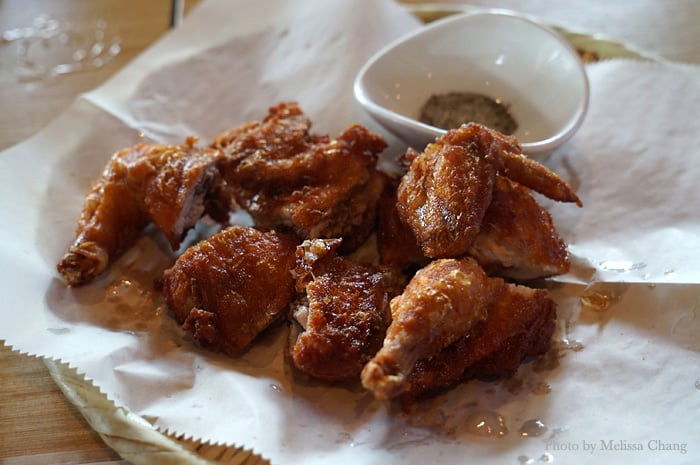 We got a smaller order of the original fried chicken because Lee wanted us to just get a taste. The chicken is normally $19.95 and it’s crispy, served with a salt and pepper blend. 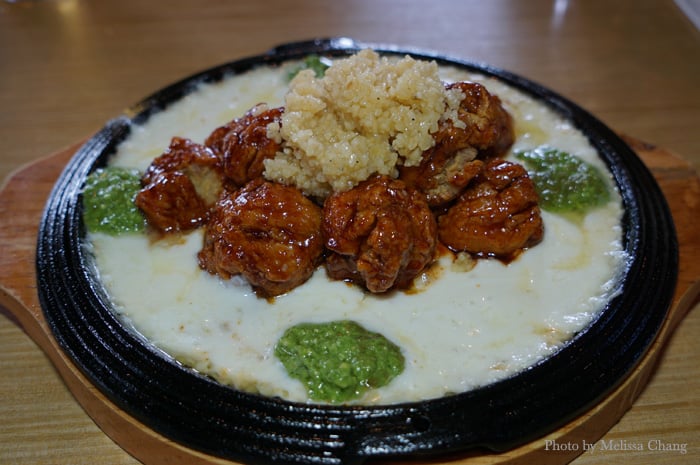 My personal favorite was the hot stone “Fresh” ($24.95), which is a hot plate of cheese, pesto, spicy boneless fried chicken, and fresh garlic (which I think is flash sautéed first). You’d never think of this mishmash of things together, but it actually worked really well. And it’s unique and instagram-able, so even better. 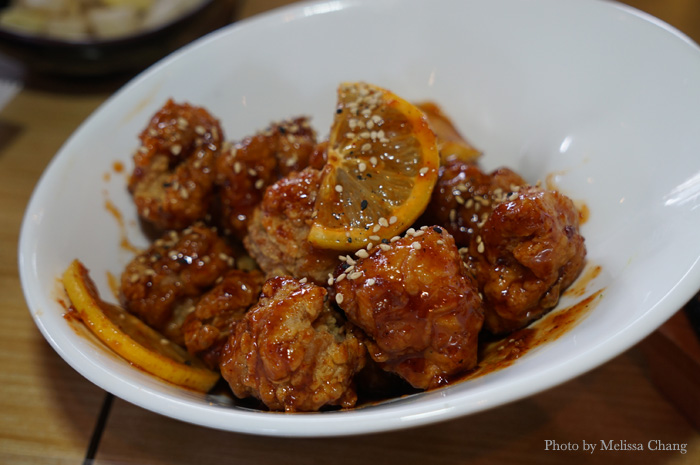 “Sweet and Sour” ($19.95), something kids recognize as a snack-type dish in Korea. It’s boneless fried chicken with a light sweet-sour sauce, but nicely balanced and not too cloying. 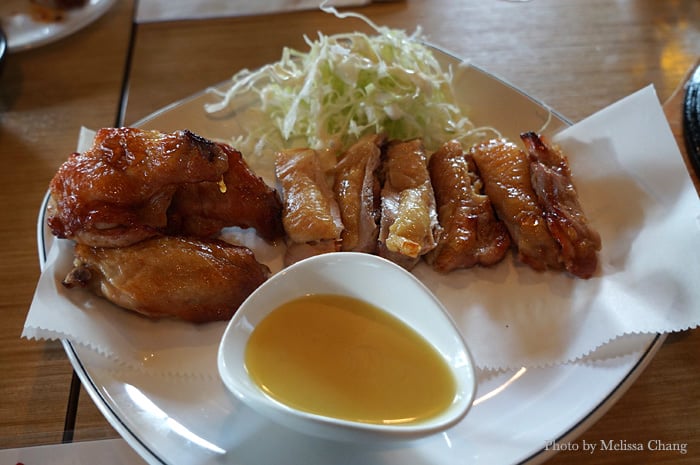 Roast oven chicken ($19.95) with a light honey-mustard sauce. (I don’t think this is a full order). It was also one of my favorites, since the chicken was so moist and had just enough savoriness to be tasty with or without the honey mustard sauce. 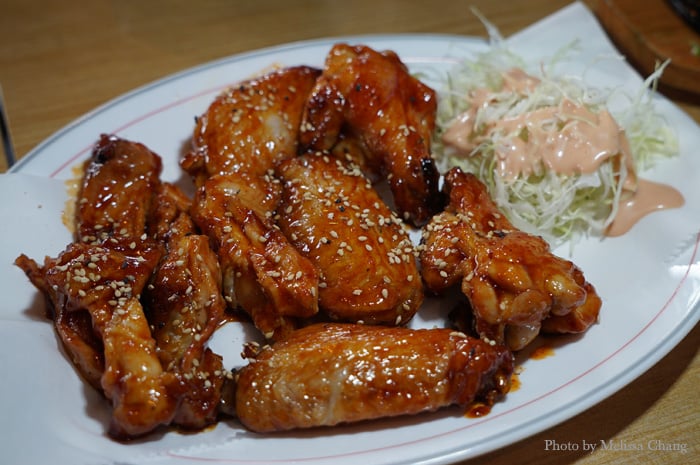 This was a mixed plate showing his style of spicy roast chicken. You can order it at various levels of spiciness, but on this day they had us try level one. I would probably go with level two or higher to get a bigger kick. 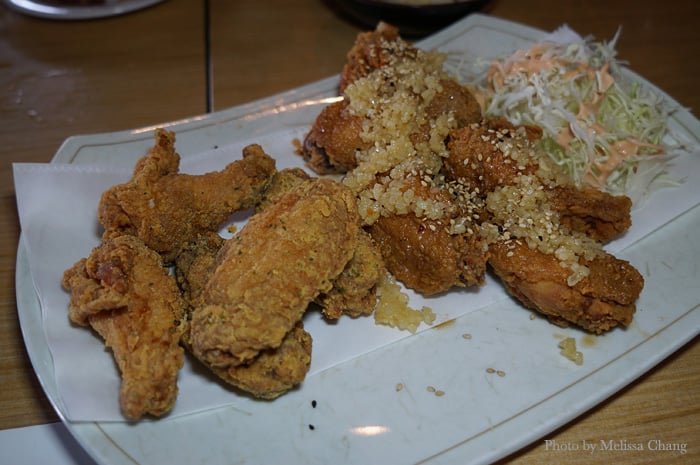 This wasn’t a full order, but they wanted us to try the snow chicken (left) and fried chicken wings with fresh garlic. The snow chicken in Korea usually has a heavy dusting of cheese powder over it, which I thought we were going to get, but this was a very light dusting that was reminiscent of sour cream and onion chips. We told Lee to consider a more instagram-able blizzard of cheese powder, though, so you may experience something different when you go. We also really liked the garlic chicken — despite the mountains of garlic, it was actually a little sweet and salty, with no bite. 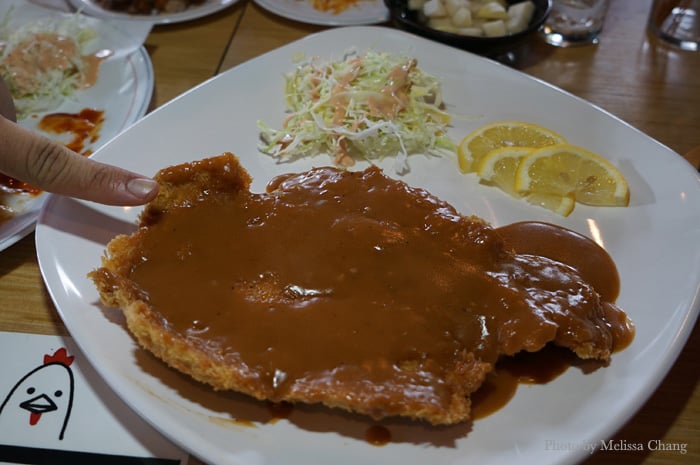 The Korean-style fried pork cutlet ($19.95) is a gigantic slab of pork, breaded and fried with brown gravy. (The gravy has a tinge of lemon in it, which is why it’s served with the slices.) For me, it’s definitely something to share; if you’re Brandon Lee of Piggy Smalls (who offered his finger for scale), you could probably just add rice and be done.

Chicken Factory has a lot of potential and I’m wondering if Lee will be tweaking things on the menu as he gets into his groove. The prices are a little high, but as with most Korean night spots, the food is meant to be shared, so at the end your individual cost may not be as much.