The eatery known for its chicken and humorous cow commercials will open its first Hawai‘i location as a franchise. 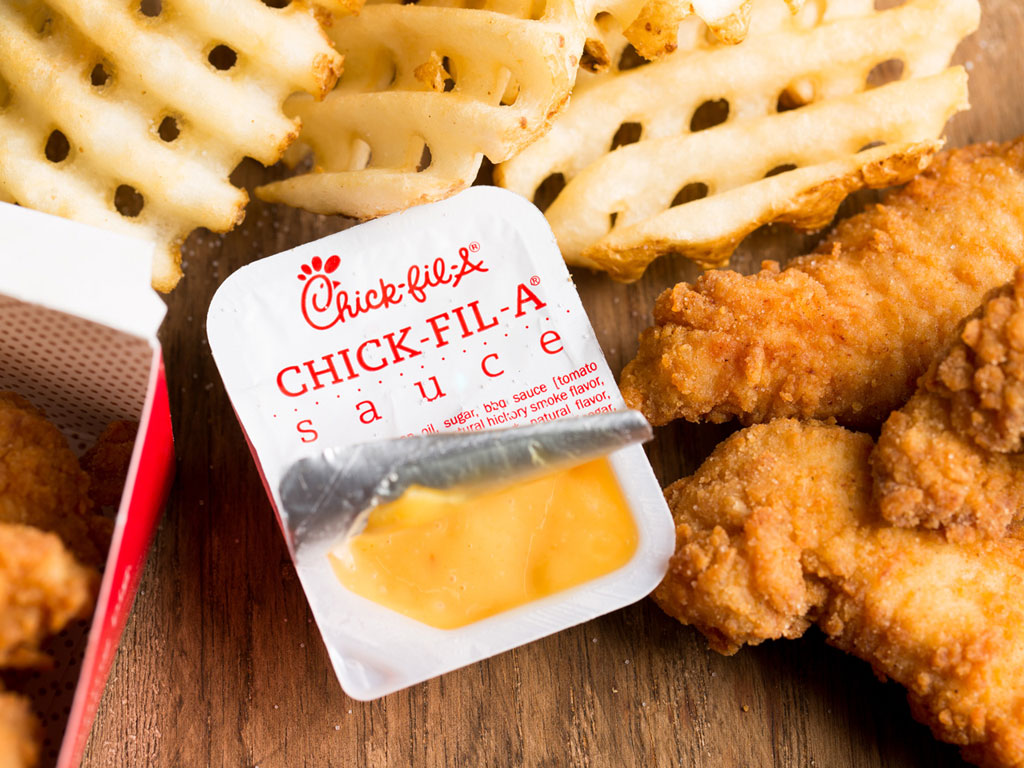 Forget Trader Joes. And IKEA. (OK, maybe not IKEA.) The Mainland chain of our dreams, Chick-fil-A, is coming to town! On April 20, the fast-food company submitted building permits for the space currently occupied by Burger King at 1056 S. Beretania St. in Honolulu.

So, I just came back from theme-park mania in Orlando and highlights for my family’s included The Hulk roller coaster and Harry Potter world. Mine? Chick-fil-A. I ate five meals there. If I could, I would’ve eaten every meal there—but overpriced Disney grub won out many times.

My favorite item from Chick-fil-A is the OG chix sammy. For those who know, it’s the No. 1. on the menu, also known as the Modern Classic. It’s a boneless chicken breast, hand-breaded and cooked in 100 percent refined peanut oil, tucked inside a soft, buttery bun with a hit of crunchy dill pickles for the perfect zing. It’s simple, but it’s sensational. This is important. Get it as a meal. The crisp yet pillowy waffle fries with the special Chick-fil-A sauce (think an all-in-one tangy, smoky, creamy, sweet dip) are a killer combo. We tried the Polynesian sauce, a neon-orange, tangy sweet-n-sour dressing and unfortunately, it did not wow our taste buds. My daughter claims the plump, meaty chick-n-strips is waaaaay better than other fast-food joints. (We won’t throw shade at them by name, but you know who they are.)

The breakfast menu is impossible to resist too. We wolfed down the hash brown scramble burrito, which included nuggets, scrambled eggs and gooey cheeses, and the indulgent chicken biscuit. The eatery posts all of its nutritional facts on the menu so there’s no fowl play when it comes to counting calories. But, let’s be real, even for a health fanatic like me, I ain’t going there for the salad or grilled chicken.

Bottom line, the bird is the word.

Where to Find Santa in Honolulu in 2021