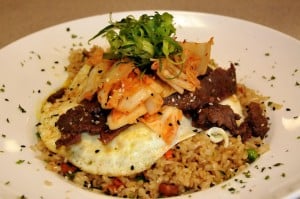 There are a more than a few people in my Twitter stream who like to post, “Today is National Such-N-Such Food Day”. Although I don’t find these posts particularly annoying, it does beg the question, “Who the hell designated all these National Food Days?”

Finding a list of these National Food Days is not very difficult. I did a google search for National Food Days, and found a multitude of internet sites listing the various food holidays. For instance, according to statesymbolsusa.org today (the day that I am posting this blog entry) is National Toasted Marshmallow Day, not to be confused with National S’More Day, which is August 10th.. Now, what I want to know is, who was it that decided that today, August 30th, should be National Toasted Marshmallow Day? I enjoy a good toasty marshmallow as much as the next person, but what is it that is so special about the toasted marshmallow that makes it worthy of having a National Day of Recognition? Furthermore, what is so special about the toasted marshmallow that makes it more deserving of recognition today than say Kim Chee Fried Rice? And, if that is not enough idiocrity for you (Yes idiocrity is a word! At least according to Urban Dictionary), while looking up that today is National Toasted Marshmallow Day, I discovered that August is also National Catfish Month, and that September is

National Papaya Month seems particularly strange to me considering that September is rather late in the growing season to celebrate the Papaya. However, we are in a world economy after all, and produce is shipped into the United States from all over the world, so you can pretty much get anything anytime of the year regardless of the growing season, but I digress.

How Did All This Get Started?

A few National Food Days websites seem to think that this practice dates back to the French Revolution during which a group of scholars attempted to develop a calendar different from it’s Christian based Gregorian counterpart. The French Republican or French Revolutionary Calendar as it became known, was designed around the Metric system. The year was still twelve months long, but months were divided into three ten day weeks, and each day of the year was named to reflect something from nature or agriculture that was relevant to that time of year. Philippe François Nazaire Fabre d’Eglantine, a member of the group of scholars drafted to create the Revolutionary Calendar felt that the day names should reflect one of three things, “…the type of season; the temperature; and the state of vegetation.”

How are National Anything Days Made?

You’d be surprised how difficult this information is to find without the correct key words to enter into the search engine, but then I had a “Friggin Duh!” moment (or as Bousin Smee would say, “An Apostrophe”) when I realized that all I needed to know was in my old high school civics book.

There are two ways in which “Official” National Days of Recognition can be created. The first means requires an act of Congress. Like any law, a resolution declaring a National Anything Day must be submitted and pass through both Houses of Congress, and then signed into law by the President. Although this is a long and drawn out process, it is possible for anyone to write their Congressional representative, and request that a resolution for a National Day of Recognition be submitted to Congress. This however hinges on whether or not there is enough public support behind your proposal to motivate your Congressman to do so.

The other (and slightly easier) way in which a National Anything Day can be created is through a Presidential Proclamation. Of course, that would require, as Josh from the West Wing so eloquently put it, “Probably advisory boards, commissions, the NATO commander’s involved, possibly.” It would most likely be helpful if you had someone who knew the President as well. Hey, I said it was easier, not easy. Anywho, according to the American Presidency Project, “…proclamations are used ceremonially by presidents to honor a group or situation or to call attention to certain issues or events.” Many National Observances came to us as a result of Presidential Proclamations, however, they are not considered to be Federal Holidays. An act of Congress is required for recognition of a Federal Holiday.

So, what act of Congress or Presidential Proclamation created National Toasted Marshmallow Day? As far as I can tell (and I’ve spent way more time than I really should have researching this) there isn’t one. As a matter of fact, none of the National Food Days, Weeks, or Months that I have researched have any link to the the United States government, hence they are NOT “Official” National Days of Recognition. Well… maybe National Jelly Bean Day (April 22nd). I wouldn’t put it past President Reagan to declare a National Jelly Bean Day. He did love himself some jelly beans. Long story short, National Food Days are the culinary equivalent of Hallmark Holidays.

Who Created All These National Food Days?

Like Hallmark Holidays, National Food Days are most likely an attempt by companies, and advertising firms to associate a day of the year with their product. With this in mind, its not much of a stretch to assume that some advertising agency employed by, for instance, Duncan Hines had the bright idea to arbitrarily declare May 19th as National Devil’s Food Cake Day. Well, maybe not arbitrarily. They had to have at least checked to make sure that National Devil’s Food Cake Day didn’t conflict National Angel’s Food Cake Day, which is October 10th in case you were wondering. I admit that I really have no idea what group or company could be responsible for today being named National Toasted Marshmallow Day or May 20th being named National Quiche Lorraine Day.

Pretty much anyone can declare any day as a National Anything Day. If enough people (or money) get behind it, then it could easily work its way onto the list of pseudo National Observances just like National Frog Jumping Jubilee Day (May 19th), National Take Your Pants For A Walk Day (July 27st), or my personal favorite National Be Bald and Free Day (October 14th). Oh and just out of curiosity, I checked and discovered that my birthday (February 10th) is National Umbrella Day, as well as National Cream Cheese Brownie Day. Now I’m off to begin planning my institution of National Kim Chee Fried Rice Day