During the pandemic, droves of millennials and Gen Zers turned to TikTok for entertainment, to laugh and kill time, escalating the social media app’s following to a whopping billion-plus users. The hype has yet to die down, with new people logging in every day and spending even more time on the platform. Naturally, influencers have emerged, and among them are a few hustling Hawai‘i folks riding the TikTok wave. 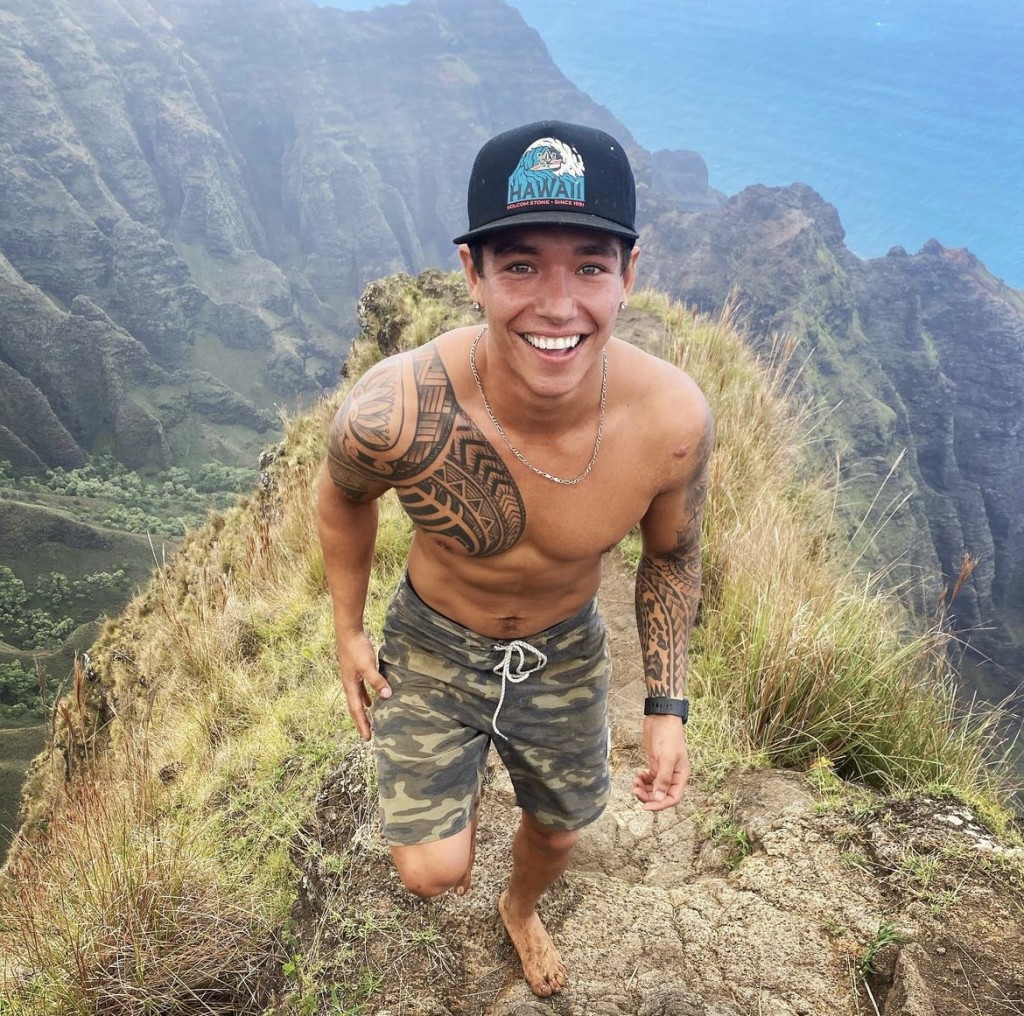 With more than 1.1 million followers, Jonathan Benitez (better known by his “Jonny Tsunami” handle) is one of Hawai‘i’s breakout TikTok stars. The 26-year-old Kaua‘i native’s journey began in April 2020, after a friend introduced him to the app. Only days after downloading it, he began posting videos showcasing his adventurous life in Hawai‘i.

After exploring the different audio trends on TikTok such as the @jeffrightnow “oh snap, we in heaven” video, he started doing funny skits and voiceovers, for him a springboard to popularity. Now his most popular video—the one that shows him climbing a tree and ripping open a coconut—has over 7 million views. Benitez says he’s grateful to all the people who watch and engage with his videos. “I absolutely love getting messages from people all over the world telling me that my content brings them joy,” he says.

He continues to make comedic skits about local culture. When asked about his popular How People in Hawai‘i Say It series, Benitez says his intent is not to deride Island life, but actually the opposite–to show the love and values behind it. “In Hawaiian culture, we are very mindful of the people around us,” he says. “We run off kindness, generosity, respect for the people around us, respect for the land and sea and awareness of the footprint we leave behind.”

Benitez, who was raised in foster care and survived a bad truck accident in 2018, says he’ll continue to ride the TikTok bandwagon to bring joy and happiness to people. “I want to send a message to people around the world to never give up,” he says. “Even when it does not look like it is going the way you want it to, keep pushing.” 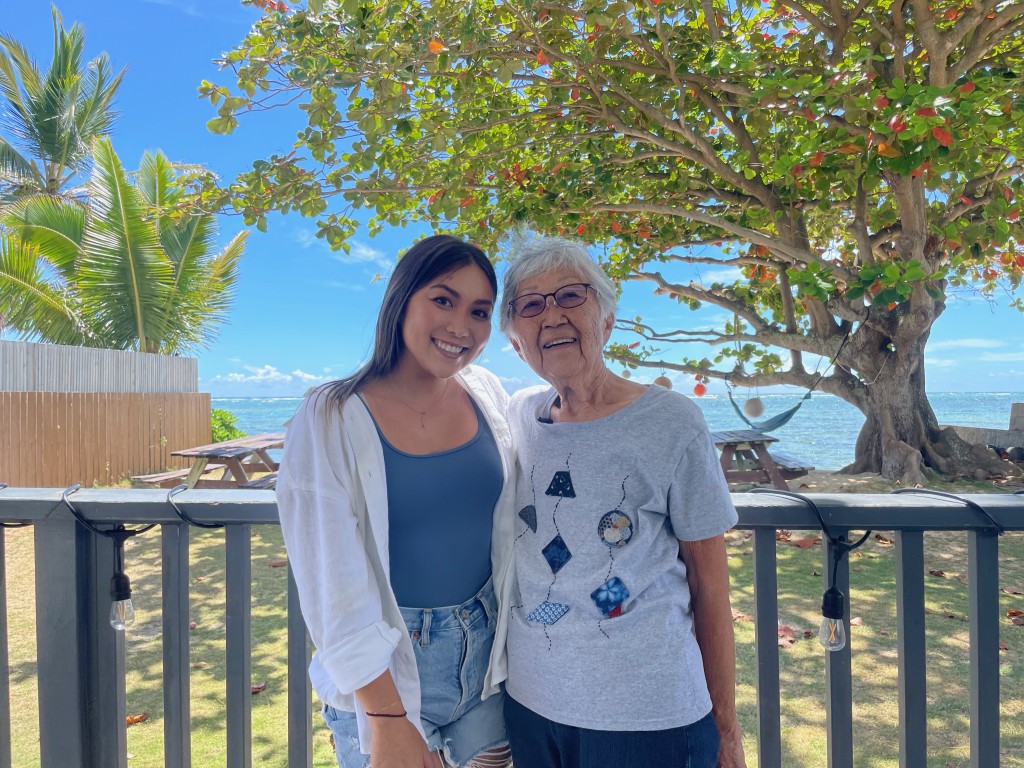 Born and raised in Hawai‘i, 91-year-old grandma Florence Iwanaga and 25-year-old granddaughter Jacie Fukada have drawn more than 160,000 TikTok followers, mostly for their series in which Iwanaga (“Grandma Flo”) shares a Japanese or Pidgin word of the day.

The first video that gained success showed Fukada pranking her grandma into eating a lemon. Before her TikTok fame, Grandma Flo was a secretary for various schools around O‘ahu, eventually retiring from Wheeler Middle School. “My grandma has always been spunky and blunt. Some people would use the word savage,” Fukada says.

After seeing a flood of people loving their content, Fukada began uploading videos more consistently. She’s still surprised they blew up. “My grandma’s humor was so normal to me because it was just my grandma. It was something I was used to,” she says. “I think it is my grandma’s demeanor and honesty that people love.” Fukada says her grandma still doesn’t understand the concept of followers, likes and views, but it’s a running joke in the family that she secretly loves the attention.

Fukada says her aim in creating the videos is to encourage others to spend time with their families. Growing up, Grandma Flo used to pick her up from school and drop her off at swim practice. They spent countless hours together, and now, through TikTok, they have another way to bond. “I want my videos to remind people to spend time with their family and call their family if they are living far away,” Fukada says. “Your family is who you are.” 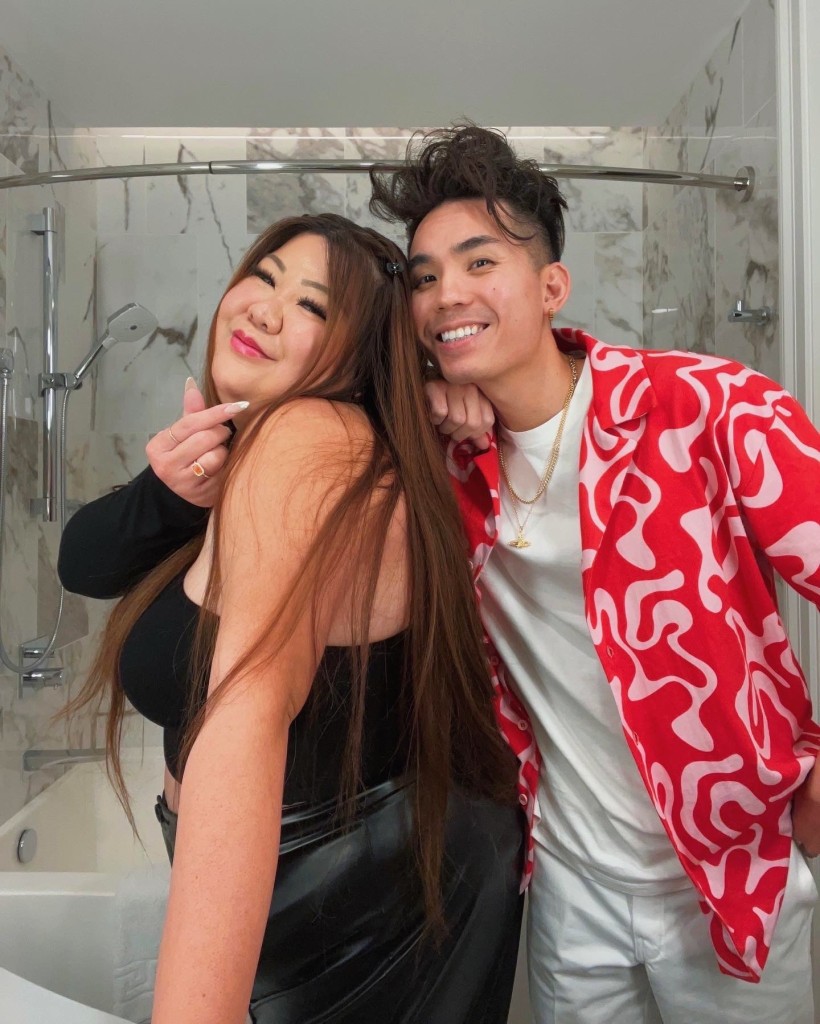 Known for their catchphrase “hi besties,” Ridge Hayashi and Sandy Bach have accumulated more than 215,000 followers on TikTok. This best-friend duo, both in their mid-20s, have gained a following both in and outside of Hawai‘i for their food and snack taste testing videos.

The pair, who met in middle school, are self-proclaimed foodies who own Thrills Soft Serve, a Honolulu dessert shop. “Our goal has been to create a space where we can connect to people similar to us and share a little bit of our friendship and our love for food,” Hayashi says. As Asian Americans, they’ve incorporated Asian culture into their desserts, like with their limited edition BTS ice cream and Squid Game Dalgona Candy. Their announcement on TikTok of their Squid Game desserts garnered nearly 50,000 likes and drew long lines to their shop on its debut.

Such success has boosted their confidence, not to mention Thrills’ sales. “Comments on our personality–the way we make people excited, laugh and inspired–took the weight off of judgments on our appearance and made us realize things about ourselves that we could appreciate more,” Hayashi says. Overall, their mission is simply to form connections with other people. “When you scroll on your For You Page and see people who are just like you, it feels really nice to feel a connection with that person,” Hayashi says.

His advice for aspiring creators in Hawai‘i: “Open the app, press record and post you.”

HONOLULU’s Biggest Foodie Event is Back

Cool Keepsakes from Beyond Monet Will Impress You