With Shang-Chi and the Legend of the Ten Rings opening in theaters, HONOLULU Magazine spoke with the director about the movie, his childhood as well as favorite “naughty treats” to eat when he’s home in the Islands.

Before the latest Marvel movie—Shang-Chi and the Legend of the Ten Rings—blew through box office records for its Labor Day weekend debut, director Destin Daniel Cretton returned home to Maui to spend two months with his then-ailing grandmother. Sadly, she passed away before the movie featuring an Asian superhero hit the screen worldwide. But Cretton credits her with inspiring him: She gave him his first video camera when he was 11 years old, a VHS camcorder.

“She was very, very instrumental in my life, in my siblings’ lives. She was always encouraging us to be creative, to explore the world, to be curious,” Cretton says. And though he’s sad that she didn’t get to see the movie completed with characters that reflect her life and experience, he’s glad that he could include a dedication in the credits with her name in the special thanks near the end of the movie.

This latest Marvel blockbuster weaves together emotional family themes infused with the Island values of its director while delivering the trademark action, adventure and humor we expect from the filmmaking juggernaut.

Cretton, who earned his reputation for critically acclaimed independent films (Short Term 12, The Glass Castle, Just Mercy), took time for Zoom interviews with Hawai‘i media before the movie opened. “I try to infuse my upbringing into everything that I make in some way or another,” Cretton told HONOLULU.

“As a storyteller, I think I’m constantly drawn back to my childhood, which was very rich and very imaginative. And being in Hawai‘i, surrounded by the beauty and the diversity of that island [Maui]  was something that I think will inform every creative decision in my career from this point forward,” Cretton says.

With Hawai‘i’s strong family values and appreciation of culture, he believes the movie will resonate here at home: “with themes of family and lineage, and being grateful to the parents and grandparents and great-grandparents who came before us to get us to the place where we are today.”

SEE ALSO: How Screenwriters Aaron and Jordan Kandell Went from Hawai‘i to Hollywood 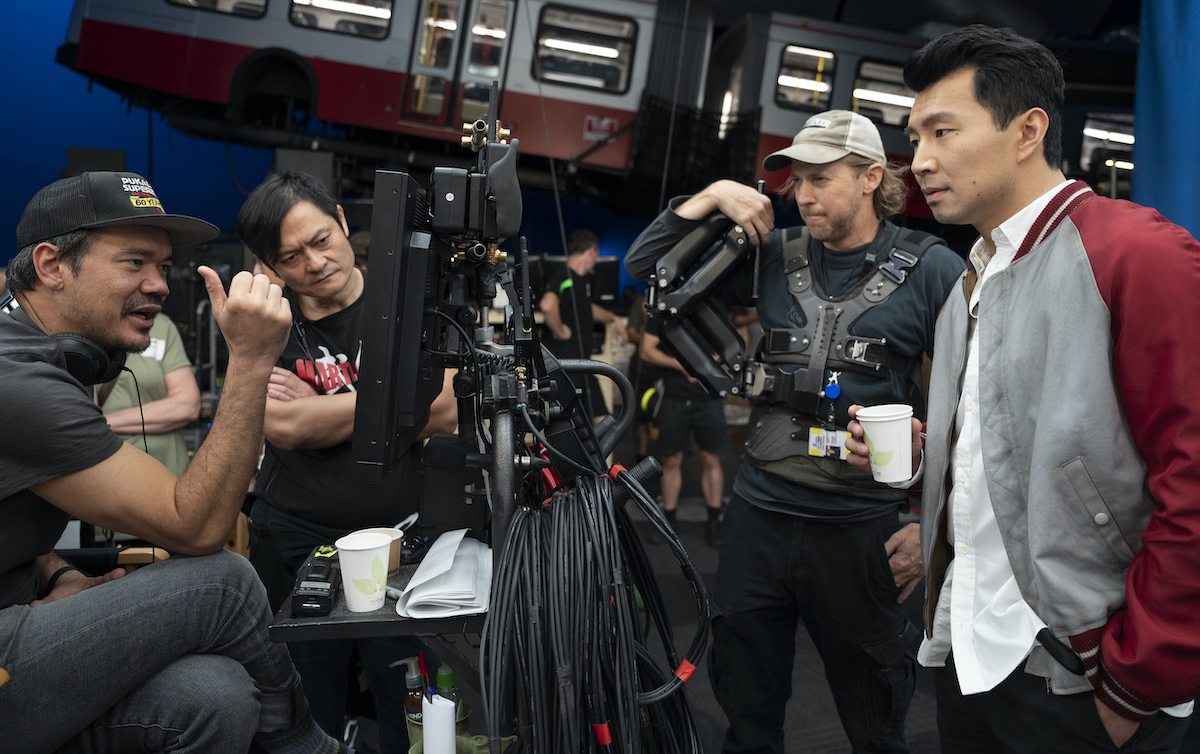 From left, Director Destin Daniel Cretton, behind the scenes with fight instructor Alan Tang, crew camera operator and actor Simu Liu on the set of Shang-Chi and the Legend of the Ten Rings. Photo by Jasin Boland/Courtesy of Marvel Studios 2021.

Cretton, 42, now lives in Los Angeles with his wife and their two children but grew up in Ha‘ikū, Maui, until he left for college in San Diego, California, at age 20. “I think as creatives, we’re on a constant search to try to tap back into the natural imagination of our childhood in some way. And now that I have my own two sons, I see the way that they naturally create narratives and spin tales and enter into an imaginary world so easily.”

The film, which opened Sept. 3 in theaters nationwide, focuses on a man struggling to confront his past and his ties to the mysterious and ominous Ten Rings organization in a story set both in San Francisco and China. Cretton also co-wrote the screenplay with David Callaham and Andrew Lanham.

Audiences will appreciate that the movie steers clear of stereotypes of Asian characters in many Western movies that often leave us wincing. Cretton’s mom is Japanese American. And the film avoids the trope of making Shang-Chi’s friend group a racial rainbow. “We wanted to create characters that reflected ourselves,” Cretton says. “My co-writer Dave Callaham is Chinese American, grew up in the Bay Area. And our writing process was really talking about our shared experience,” he says.

For example, an early scene shows four friends hanging out in a bar after work, talking story. “The scene itself is not revelatory but when you look at these characters and how they dress and what they sound like, what they’re talking about, how thoughtful they are, the comedy that’s infused into their conversation, it just feels like my friends. But I have not seen that between four Asian Americans before on the screen,” Cretton says.

And while the dialogue seems refreshingly real, the martial arts and special effects are extraordinary as are the two generations of compelling actors: including Simu Liu (from the TV series Kim’s Convenience) Michelle Yeoh, Tony Leung, Awkwafina (who plays Shang-Chi’s friend) and Ben Kingsley. The film was made during the pandemic, which Cretton says brought the team closer.

Despite back-to-back interviews, critical acclaim for his groundbreaking film and a busy promotional schedule, Cretton remained thoughtful, low-key and unpretentious. He felt easy to talk story with even as he patiently answered question after question about his life without relying on the same phrases each time. He talked about not having an Asian American mentor or realizing as a student at what was then called Maui Community College that a director was even a potential career and wanting to make a movie in the Islands someday.

We, of course, had to ask what he likes to do when he returns home. “I try to jump in the ocean as quickly as I can, depending on what I have to do that day. I might just be driving straight to Kanaha and jumping in the water.”

And food? “My, like, naughty treat is to drive straight to Minit Stop or 7-Eleven and get a Spam musubi and Hawaiian Sun (guava). My No. 2 naughty treat is to go to Fukushima store in Ha‘ikū and get a hot dog with everything. And then I’ll go visit my grandpa’s house and my grandpa lives really close to Pukalani Superette, so we’re there pretty much every morning just cleaning out the shelves of all their bentos.”

He even leaned over to show me the hat he was proudly wearing from Pukalani Superette, that upcountry icon known for food, flowers and selling a little bit of everything.

While he recognizes the opportunities that come with the Marvel universe, Cretton says he’s not sure what project he’ll tackle next. “It’s fun painting with a bigger canvas. It’s always fun doing something new and scary,” he says. Coming from indie filmmaking, he also appreciates aspects of the smaller scale. “I miss being nimble. I miss being able to just grab a camera and just shoot instead of waiting, two, three hours for the entire machine of a thousand people to move to get ready for another shot.”

And Cretton is grateful for the opportunities of his work. “One of the fun things about being a director is that every project is so drastically different and it feels like you’re having a career change every time we start on a movie. That’s kind of the scary part but it’s also the part that keeps me very interested.” 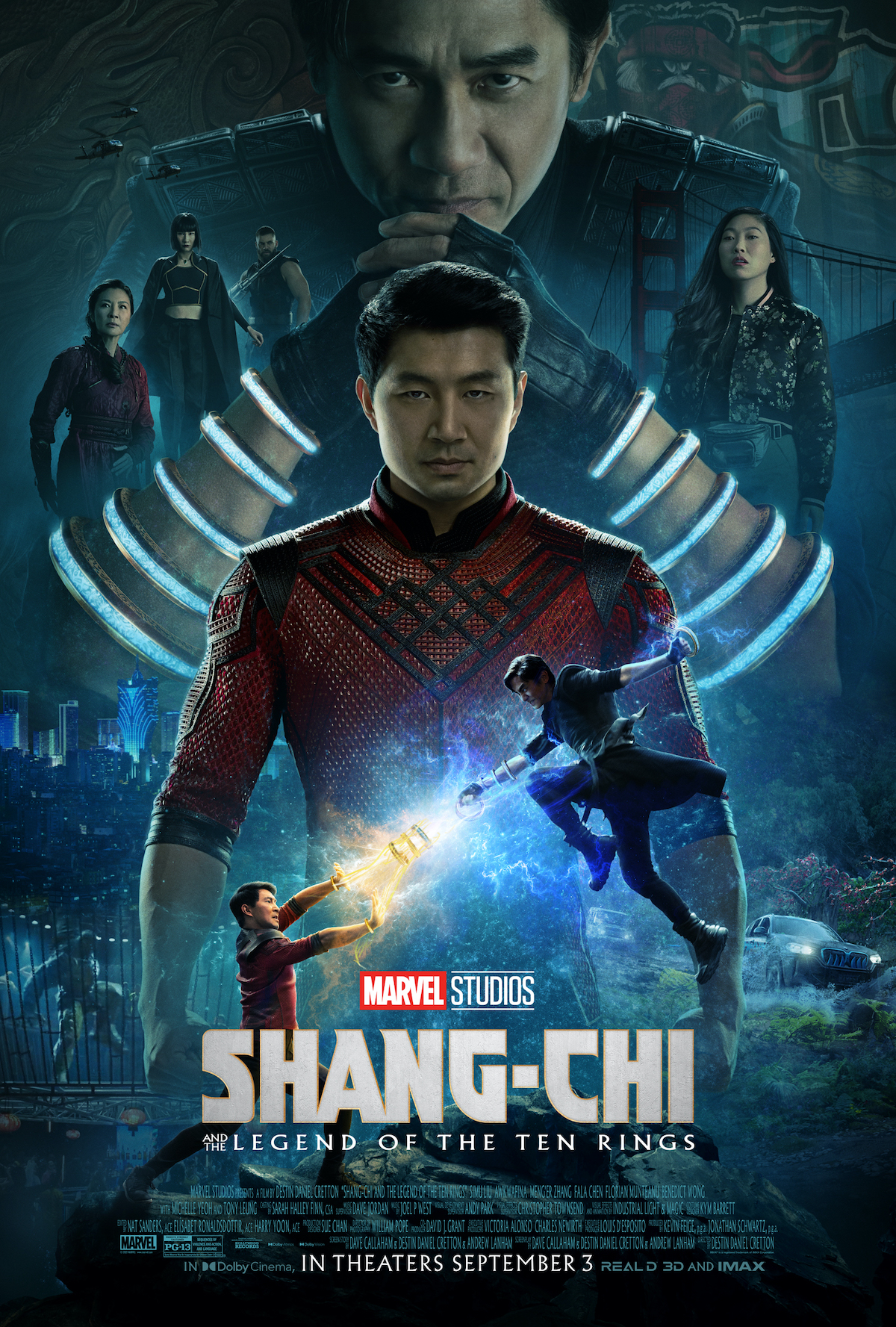