Election Day is here but there’s still time for even hard-core procrastinators to get your ballot in. 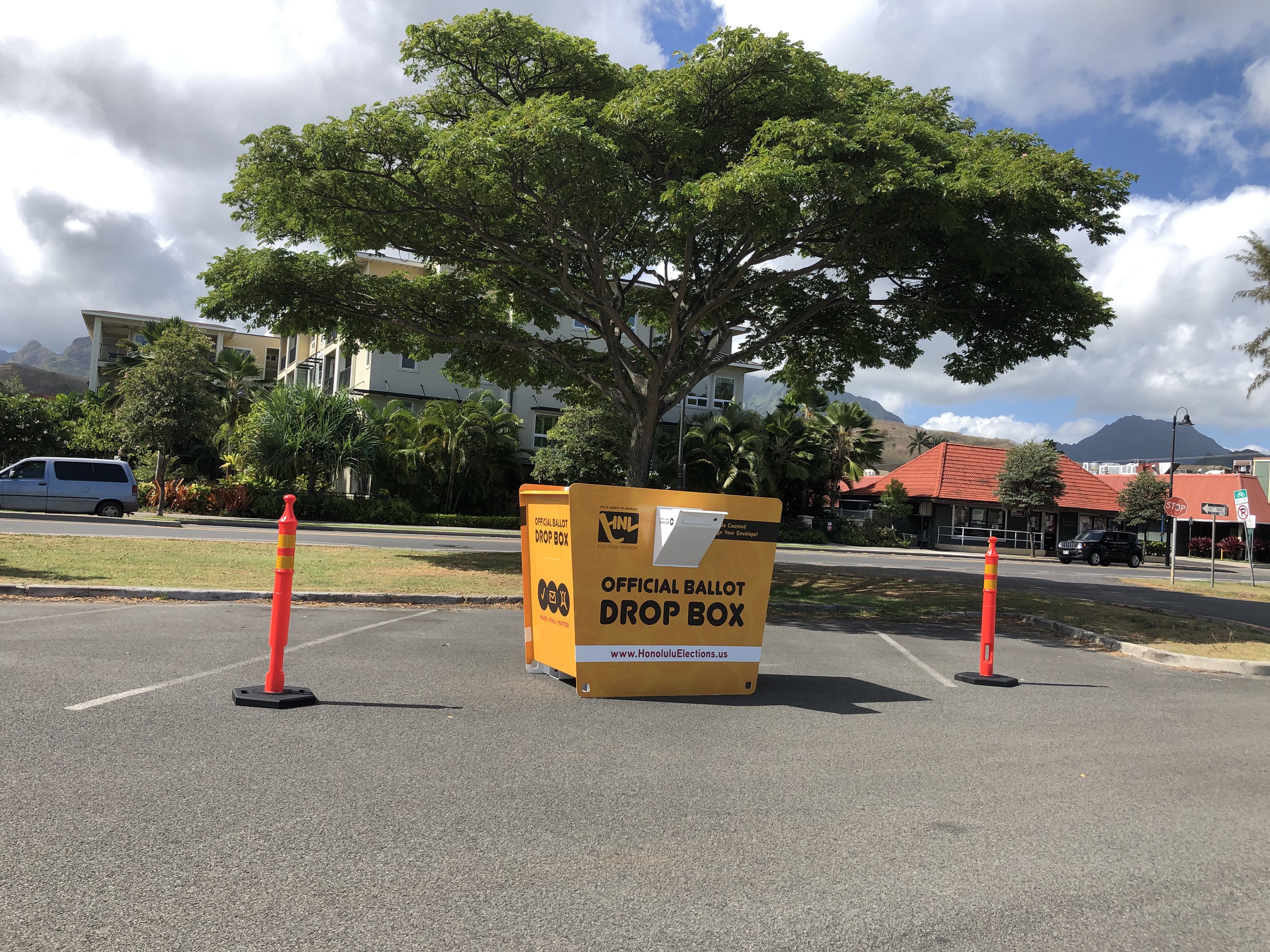 Voters can drop ballots in community boxes like this one on Kailua Road. Photo: Robbie Dingeman

Maybe you just realized that you haven’t mailed that ballot you got weeks ago. Hey, maybe you forgot to even register. Good news, you can still get your vote in by Tuesday’s general election.

Here in Hawai‘i, this is our first all vote-by-mail statewide election. While that means no polling places at schools and other government buildings, each county is running voter service centers where residents can vote in person, get a replacement ballot, even register to vote and turn in a ballot without worrying that the mail won’t arrive in time.

State and county officials, emphasizing pandemic precautions, are urging voters to drop off the ballots and avoid any last-minute crowds. Honolulu City Clerk Glen Takahashi has been trying to nudge voters to the mail or drop-off options for months. But officials are ready to help at the centers for those who need it. Now, he’s encouraging folks who need help to show up early.

In the August primary, hundreds of people dropped off ballots on election day, even lining up in front of Honolulu Hale. Unfortunately, some showed up after 7 p.m. so those votes didn’t count.

And this is the election that Hawai‘i voters ARE showing up to participate after decades of dismal turnouts. As of Friday, the state Office of Elections had received more than 500,269 ballots, representing a 60.1% turnout. That blew past the previous record number of ballots of 456,064 cast in 2008, the year Honolulu-born Barack Obama was elected president. 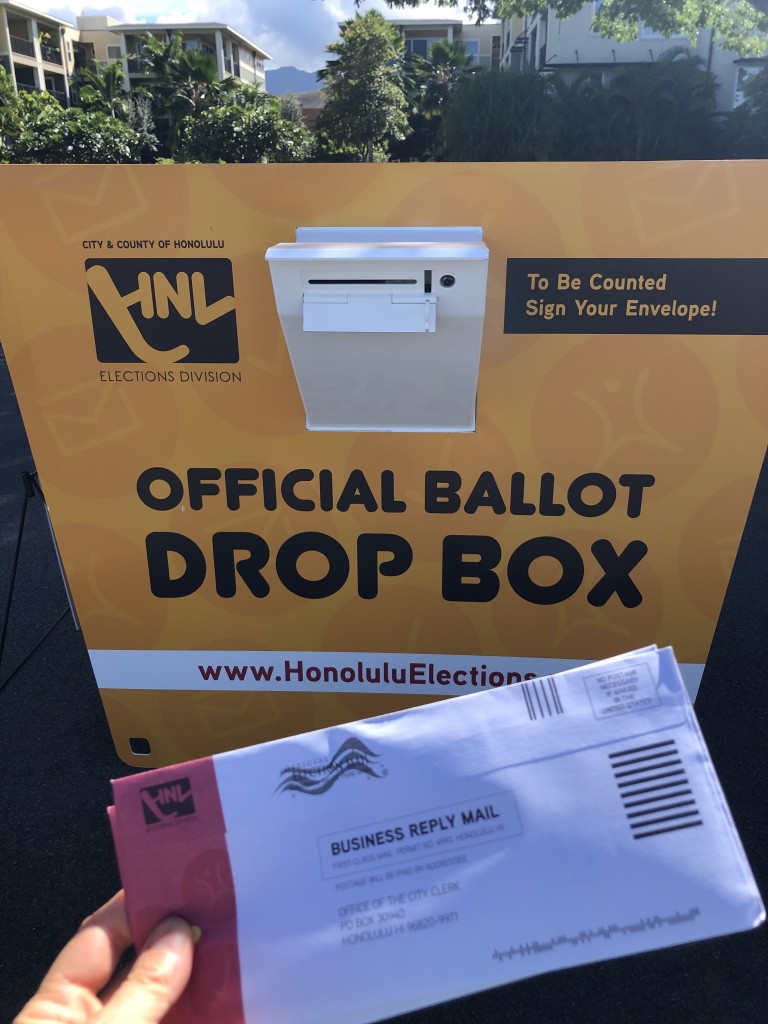 Where to Go and When Before Election Day

On O‘ahu, the voter service centers are at Honolulu Hale, 530 S. King St.; and Kapolei Hale, 1000 Uluohia St.. Both offer same-day voter registration 8 a.m. to 4:30 p.m. weekdays and Saturday but are closed Sunday.

What about Election Day, Nov. 3? Both Honolulu Hale and Kapolei Hale will be open from 7 a.m. to 7 p.m. for registration and in-person voting. Anyone standing in line at 7 p.m. will be allowed to vote.

SEE ALSO: How to Register to Vote in Hawai‘i and Check if Your Ballot was Counted for the General Election

Voters who already filled out the ballots they received in the mail but didn’t post them can also drop off ballots at the voter service centers and at 10 drop boxes across the island:

HONOLULU Magazine will be reporting behind the scenes of this pivotal election with reports from editor at large and resident political junkie Robbie Dingeman, who’s also serving as an official observer of the state’s elections process. Find the latest on our Twitter @Honolulumag