Over the past 100 years, the University of Hawai‘i publication has displayed a fearless drive for truth. 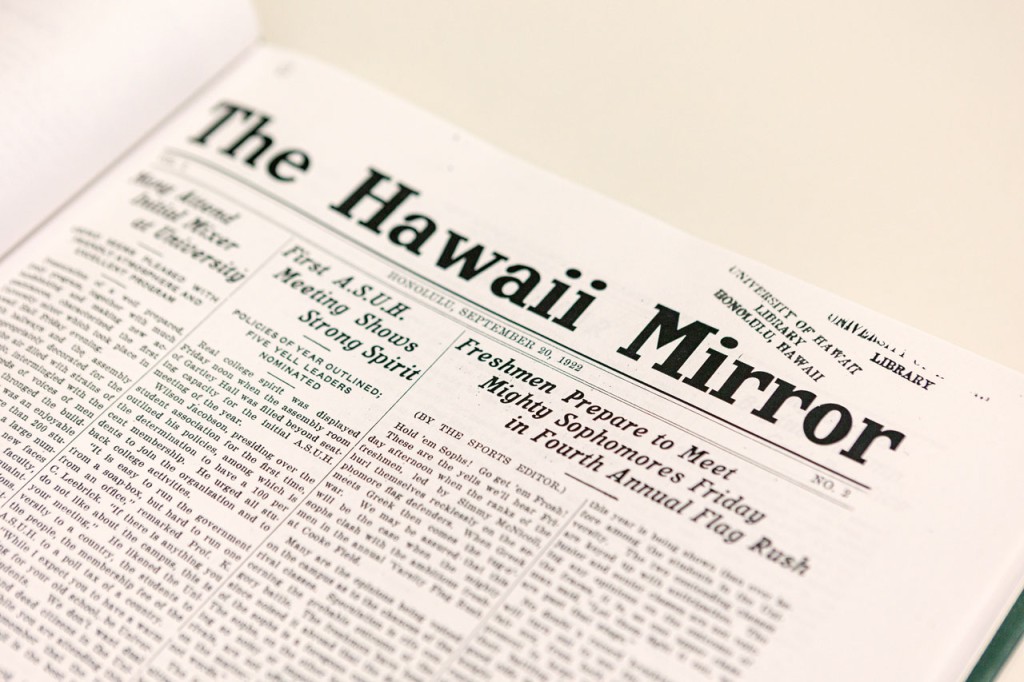 A century ago, Henry Bindt, a visually impaired student at the University of Hawai‘i at Mānoa, was discussing the need for a student newspaper with others in his English class. Inspired, Bindt went on to create what was initially called The Hawai‘i Mirror, now known as Ka Leo.

Ka Leo O Hawai‘i celebrates its 100th anniversary this year, with a storied legacy of coverage. “It gives students an opportunity to tell stories that are important to their peers and hold accountable the administration and faculty who run those schools,” says Jay Hartwell, who served as the publication’s adviser from 1997 to 2017.

Over the past century, Ka Leo has published numerous groundbreaking stories and scooped up national awards. Here’s a roundup of five of Ka Leo’s most influential articles, according to Hartwell. When considering the most impactful articles, he says fearlessness seems to be a common thread. “This is evident in the success of their alumni who continue to be trailblazers within the journalism industry,” he says.

Golden Rule and the Issue of an Era?

In 1958, a series of nuclear weapons tests took place in the Pacific. While newspapers in Hawai‘i and across the United States expressed support for the testing, Ka Leo’s staff published a front-page piece explaining why the crew of the Golden Rule, a U.S. ship known as the first peace vessel, intended to sail into a testing zone to protest the action. Historian Helen Chapin was particularly impressed with Ka Leo’s decision to present alternative views. “Ka Leo was among the few local newspapers to let divergent voices speak in the news pages and reserve opinion for the editorial page,” she wrote in her book, Shaping History: The Role of Newspapers in Hawai‘i.

When the late K. Mark Takai, who represented Hawai‘i in the U.S. House of Representatives, was the editor-in-chief of Ka Leo, he published the names of two UH professors being investigated for sexually harassing two female students. Although the university administration decided against releasing their names, citing an attorney general’s opinion and a court order, Ka Leo chose to reveal their identities. “Ka Leo believes the university community has an absolute right to information about proven misconduct of UH employees,” Takai wrote. “We hope that publication of the names … will make other professors think twice before they commit acts of sexual harassment.” Hartwell describes Takai’s decision as an outstanding example of bravery among Ka Leo’s editorial staff and showed how it operated independently from the school administration. 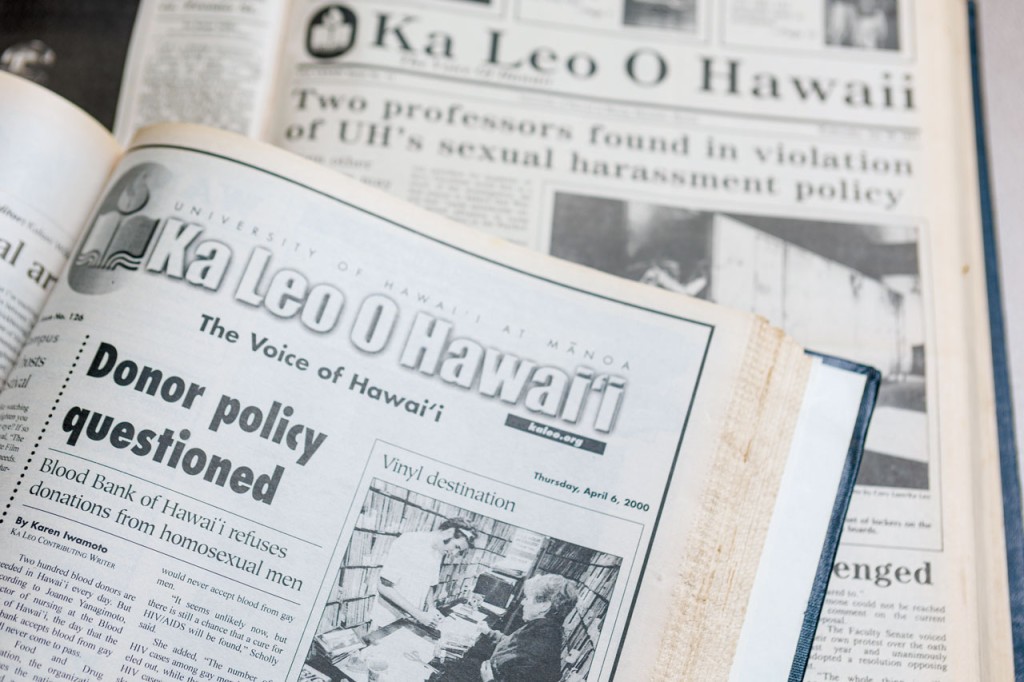 After being tipped by sources, Ka Leo reporter Karen Iwamoto raised questions about the Blood Bank of Hawai‘i’s policy of rejecting donations from gay men who had indicated on questionnaires that they had been sexually active with a man in the past year. (The Blood Bank still does not accept donations from gay men who have been sexually active in the past year, although it has plans to lower the time frame to three months based on FDA guidelines.) “I thought the reporting was exceptional and an example of a newspaper’s responsibility to provide the facts to the community so they can make their own determination,” Hartwell says.

In an editorial cartoon, former Ka Leo editor-in-chief Will Caron depicted Republican John Boehner, who served as speaker of the U.S. House of Representatives from 2011 to 2015, as a puppet of the Mad Hatter’s political Tea Party machine. Caron earned top honors for his work by the Associated Collegiate Press organization. “Editorial cartoons are a journalism tradition for which artists share their view on current events,” Hartwell says. “The best win Pulitzer Prizes, awarded for exceptional originality, editorial effectiveness, quality of drawing and pictorial effect. I thought Will Caron’s work was that good.”

Former UH Foundation employee claims he was fired after raising alarm about a $165,000 website that didn’t work

Four Ka Leo reporters investigated the firing of Alvin Katahara, who oversaw payments for the University of Hawai‘i Foundation, a central nonprofit fundraising organization for the UH System. Katahara had raised concerns about a $165,000 payment to a marketing firm owned by the husband of Janet Bullard, who then served as the foundation’s vice president. After questioning the quality of work produced by the marketing company, Katahara was terminated. He later sued the foundation, claiming he was wrongfully fired. In its multimedia package that included articles, photos and a video, Ka Leo boldly held the university and its staff accountable, Hartwell says. “Their reporting required diligence and patience to go through court documents, collect new information, put it all together in story form and with graphics that could make understandable the complexity of the suit and the foundation’s operations.”