Local Oscar-listed animated short “Kapaemahu” is just one of more than a dozen recent films to spring from our filmmaking community into the spotlight—and it’s no Baywatch Hanauma Bay. 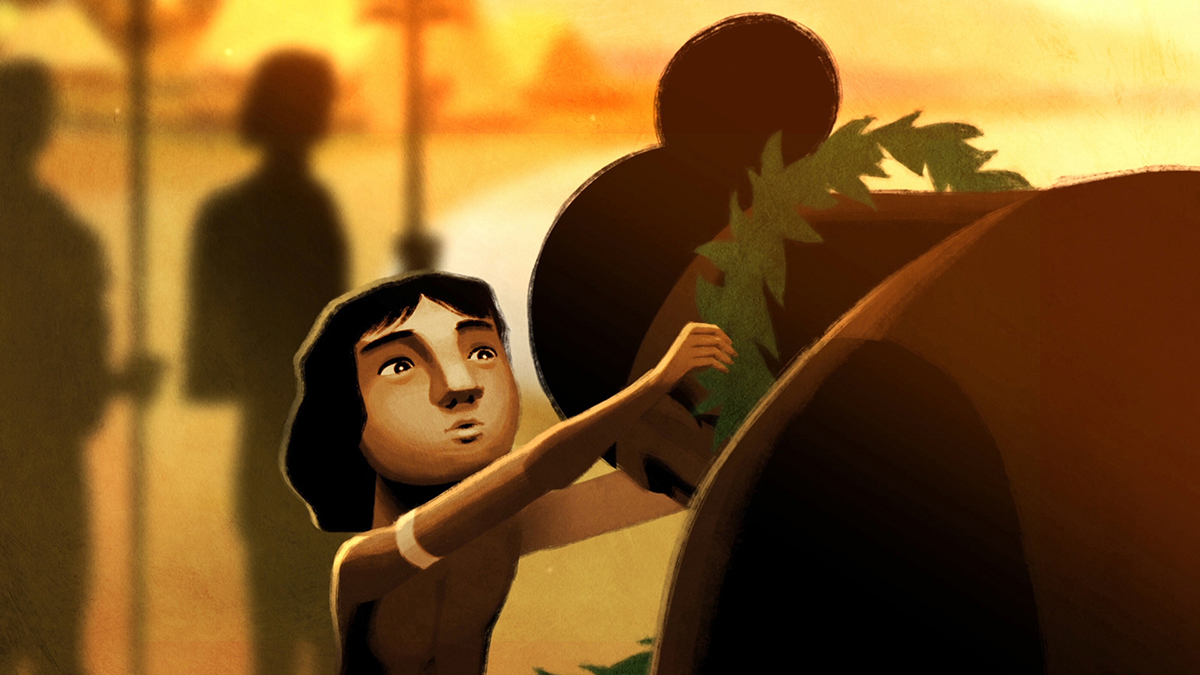 The flattened visual style and color palette are the work of animation director Daniel Sousa. Art by Daniel Sousa, courtesy of Kanaka Pakipika

Hollywood’s recent rediscovery of Hawai‘i as more than just a tropical backdrop for dinosaurs and squabbling reality show lolos actually feels rather breathtaking—or maybe breathless. Because in one month in early 2021 we got The Goonies remake, Finding ‘Ohana, with ‘ōlelo subtitles; the debut of Dwayne Johnson’s school days series, Young Rock; and near-simultaneous announcements of reboots Doogie Kameāloha, M.D., and NCIS: Hawai‘i.

Much of the action is stimulated by a global story-buying frenzy prompted by pandemic streaming habits, which coincided with the handiness of Hawai‘i as a relatively COVID-free set.

But the bigger news in the local filmmaking community isn’t reboots but real roots. More than a dozen local films were selected and screened on the prestigious Criterion Channel in recent mini-festivals. “Local and Native Hawaiian cinema has had exponential growth in the last decade, particularly in the last five years and especially in the last two,” says Taylour Chang, curator of film and performance at the Honolulu Museum of Art, who created the slate for Criterion. 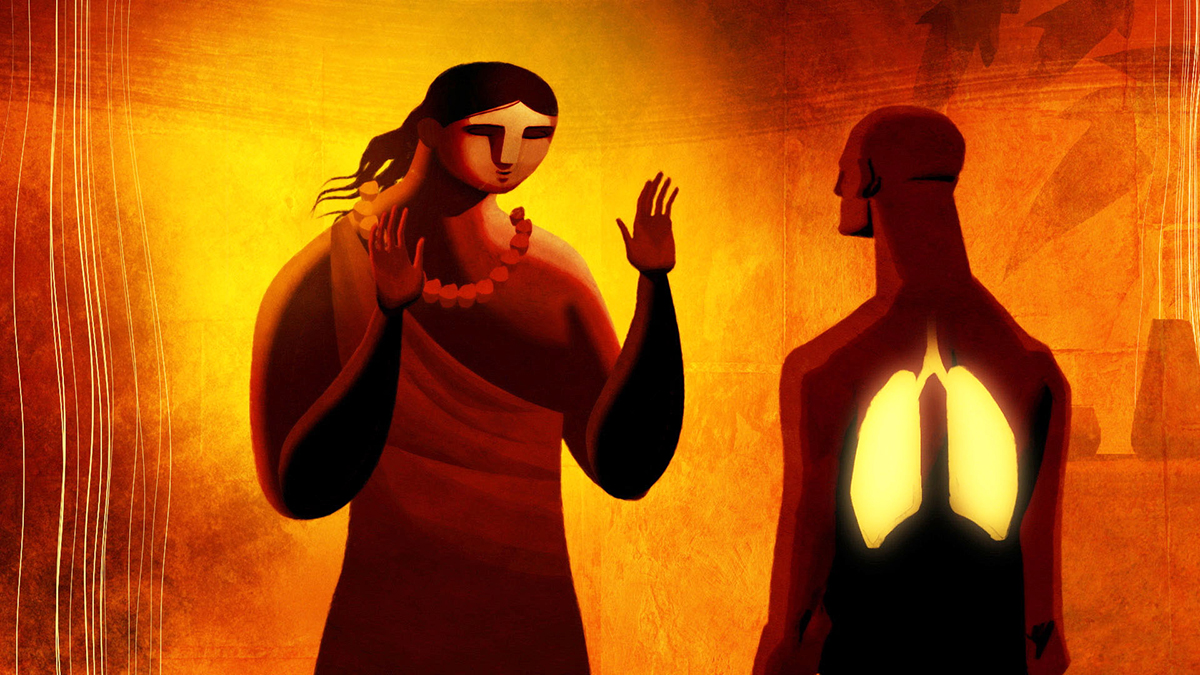 One of the films received Oscar consideration in March—the animated short Kapaemahu. “I think of this moment as a real filmmaking renaissance,” says Dean Hamer, a co-producer-director with Joe Wilson and lead director Hinaleimoana Wong-Kalu, perhaps better known as Kumu Hina, the title of her own Hamer-Wilson biopic.

Kapaemahu did win best short at the Atlanta and Foyle film festivals, and the grand prize at the Animayo Film Festival. Using a flattened visual style and colors that evoke tapa cloth designs—and told in ōlelo Ni‘ihau, the only Native Hawaiian dialect to be spoken continuously since before Western contact—it tells the story of how the healing arts of Polynesia were brought to Hawai‘i by four māhū, or third gender, practitioners, who charged four stones with their spirit and wisdom.

“When we started making this film about a Hawaiian legend in a language only spoken by a hundred people in the world, we had no idea that out of 3,000 short films made and 100 that qualified for the Oscars, ours would be one of 10 on the short list,” Hamer says. He credits nonprofit organization Pacific Islanders in Communications in particular for backing the film and many before it, but also cites the continuum of filmmaking support provided by the Hawai‘i International Film Festival; ‘Ohina Short Film Showcase; PBS Hawai‘i; Creative Lab Hawai‘i; Ō‘iwi TV; and a new effort, Good Pitch Local Hawai‘i, “which brings filmmakers with brilliant ideas together with the people who have money, resources and distribution. It’s just a big fancy pitch session!” 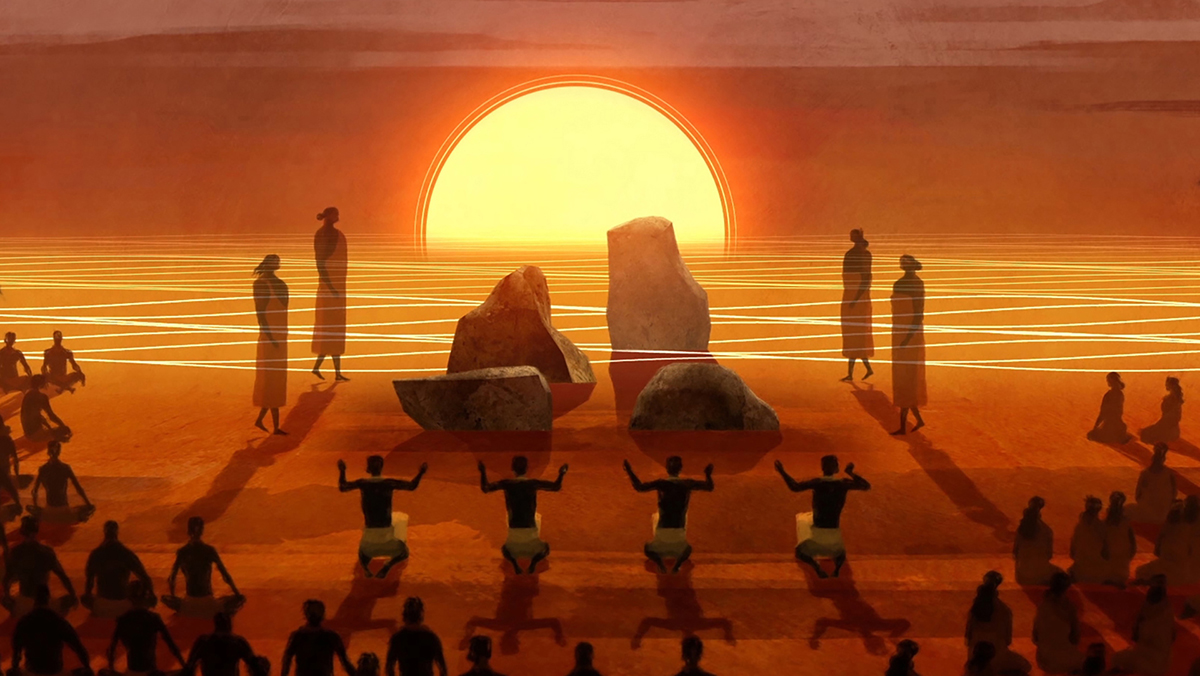 Chang cites the same network, adding the Academy for Creative Media at the University of Hawai‘i (but modestly omitting her own influential curatorship of the Doris Duke Theatre at HoMA, which Criterion singles out). “What makes our local film system special is how supportive the community is. You have filmmakers working on each other’s projects, giving each other feedback. Over time, over these years, this has accumulated momentum and it just fuels more and more work.”

Kapaemahu can be viewed on the Criterion Channel and at kapaemahu.com along with Q&As with the filmmakers and another short, The Making of Kapaemahu.