A legal battle in 2018 culminated in a “final” law to stop the 23,000 illegal rentals that were driving out locals and driving up rents. So it seems a little strange that the Department of Planning and Permitting’s docket April 6 wants to put the law back on the table for revisions—especially since city ordinance 19-18 was never enforced. Public comment is invited. You think?

Didn’t we do this already?

Yes, we did—did this already, as in three or four times—as in really truly passed laws to regulate the estimated 23,000 illegal rentals on O‘ahu. And yet … they’re back after never having gone away. (A 10-second search April 1 found VRBO advertising 4,337 O‘ahu listings, when there are only 800 legal short-term rentals on the island.)

It was just in September that we wrote about the issues and the tortured passage of the promised “forever” law that finally passed—a law with penalties so severe that no one would ever want to risk operating an illegal short-term rental.

So, yes, we have to admit we’re a little shocked to see the first item on the docket at the 10:30 a.m. Tuesday, April 6 meeting in the Mission Memorial Auditorium at 550 S. King St., which seems to propose a change to the existing Ordinance 19-18: “The draft rules would: Prohibit a short-term rental that is outside of the permitted areas from being within a 1,000-foot radius of another STR.”

The thing is, 19-18 as written already prohibits STRs entirely outside of the permitted areas—resort areas Waikīkī, Ko Olina and Turtle Bay—except for those 800 existing units grandfathered by the original 1989 ban. There are, or were, no exceptions. Now we’re talking about allowing STRs with proper social distancing? It feels odd. You don’t set a radius for, say, cocaine usage in Kāhala, unless you’re planning to legalize it there, right, Watson? 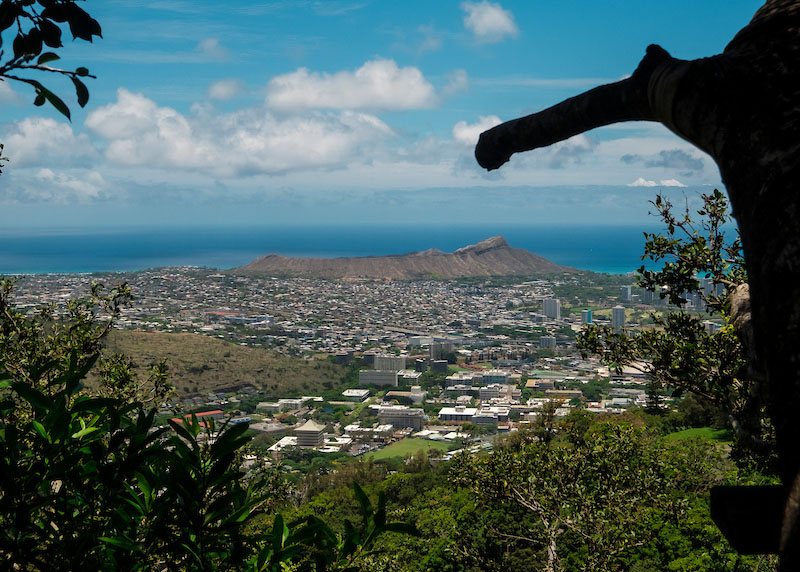 So it looks like the Department of Planning and Permitting has put the ball back into play again. And here we come to the troubles at the DPP: five current and former employees federally indicted this week on charges of bribery and making false statements to the FBI. While the issue is construction permitting, this is the same department that is supposed to enforce the 2018 law—which never once assessed a full fine, and settled all but a couple dozen of its cases by allowing them to “cure” the violation. As we wrote in the article, many of them took the cure for a week and popped right back up, advertising their availability.

We’d noticed that despite Mayor Kirk Caldwell’s strident opposition to illegal STRs that his DPP never got the message. New mayor Rick Blangiardi has also said he’s against the illegal market. But with his new director a 40-year developer representative, Dean Uchida, it looks like this hen house will bear close scrutiny to make sure the DPP doesn’t keep doing what it’s always done—ignoring the law and steamrolling the public.

Public input is encouraged, orally via computer or phone, by letter (don’t count on the USPS; fax to (808) 768-6743) or in person only for those who cannot attend virtually. For more information, including the items under discussion and the text of Ordinance 19-18, click here.

What Honolulu Services, Malls and Stores are Open or Closed for Christmas