#HFWF15: Beauty and the Feast finale at Ko Olina

The grand finale to this year’s Hawaii Food and Wine Festival, Beauty and the Feast, got under way Sunday as the sun was setting over Ko Olina’s beautiful lagoons.

The sold-out event featured 12 master chefs from all over the world, including Jose Garces of Garces Group in Philadelphia, Hubert Keller of Fleur by Hubert Keller in Las Vegas, our own George Mavrothalassitis of Chef Mavro, Tetsuya Wakuda of Tetsuya’s in Sydney, Australia, Jennifer Yee of Lafayette Grand Cafe & Bakery in New York City, Tory McPhail of Commander’s Palace in New Orleans, and hosting chef Kyle Higa of Aulani. They were joined by master sommeliers and mixologists for an unforgettable evening on the beach. 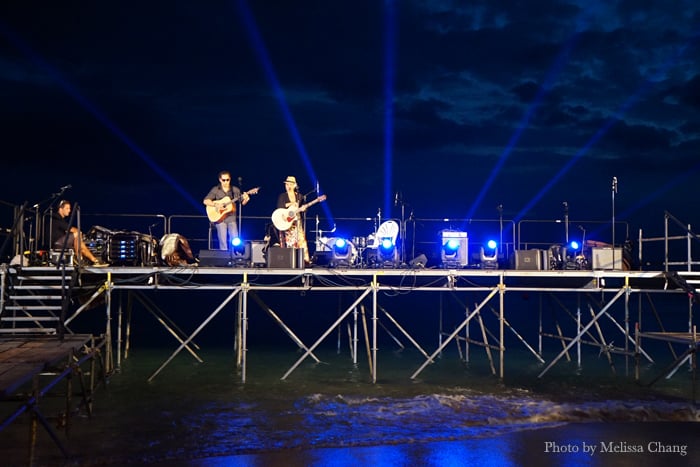 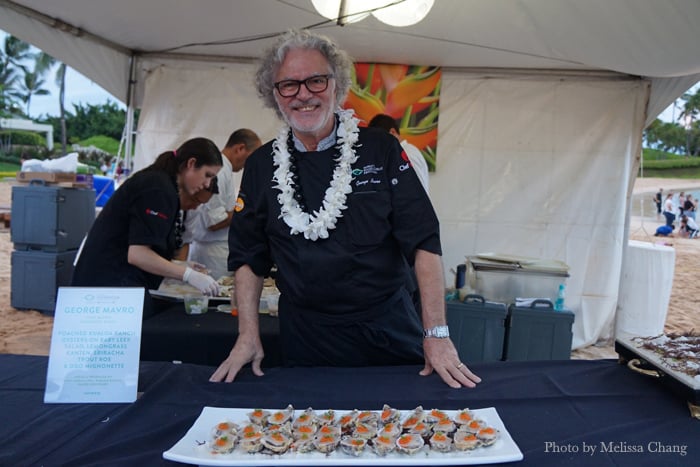 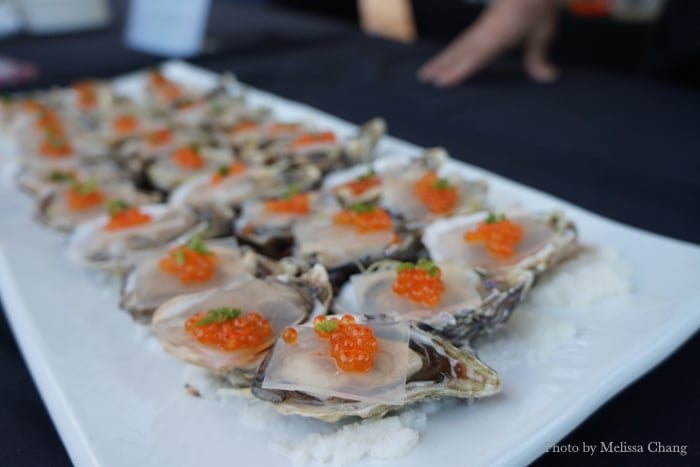 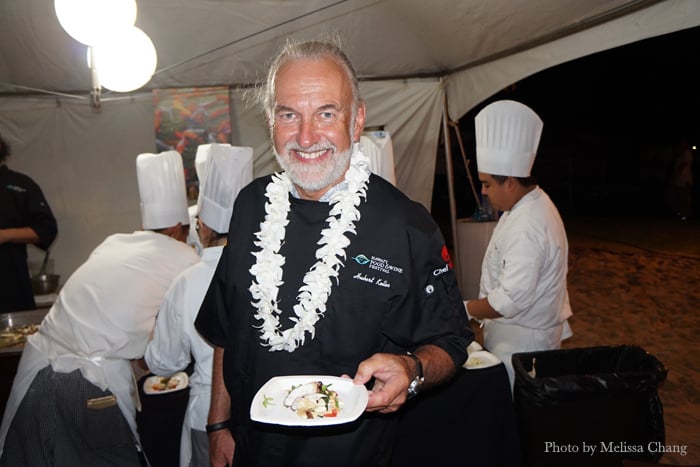 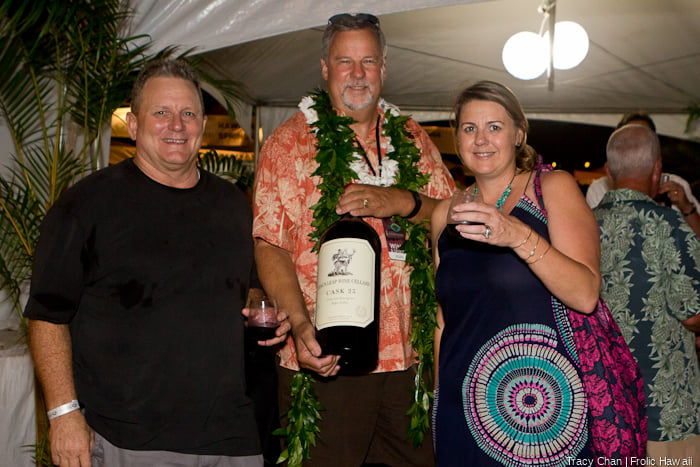 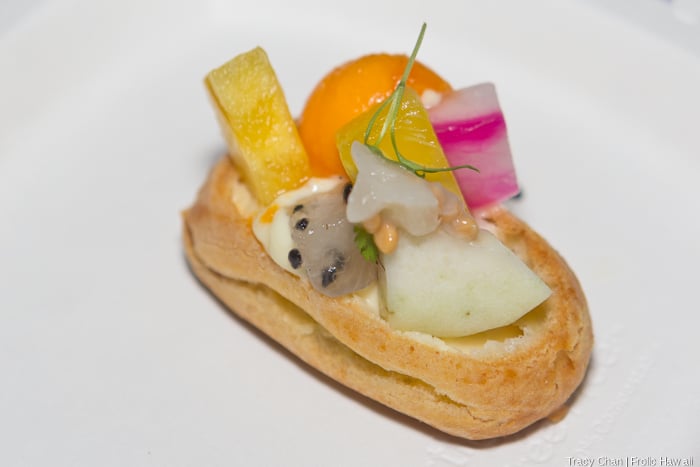 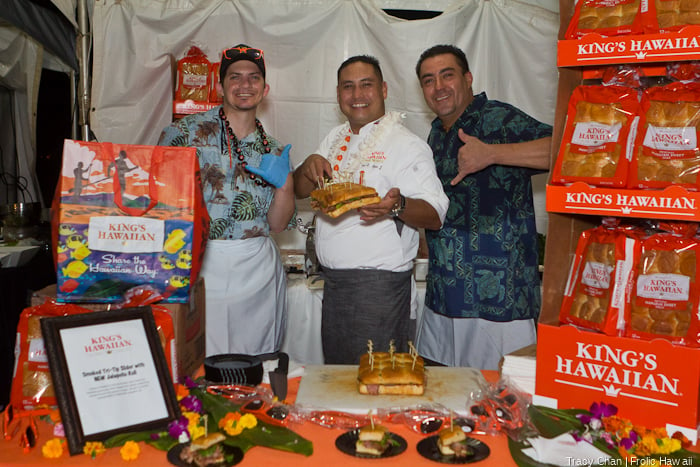 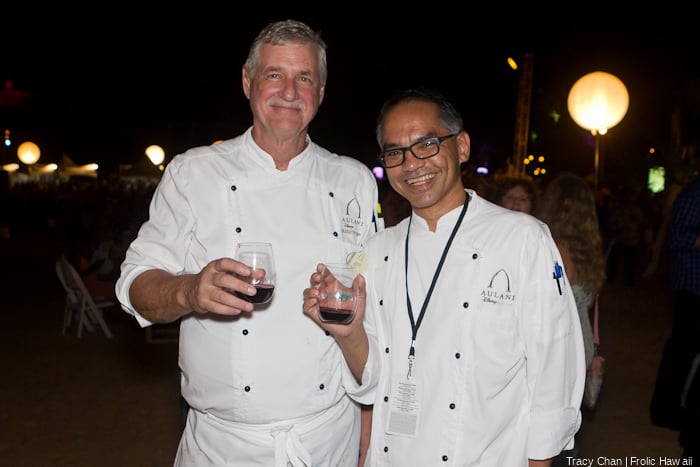 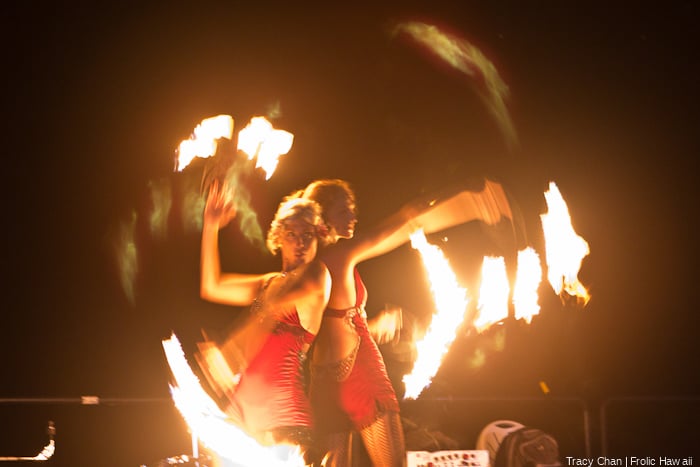 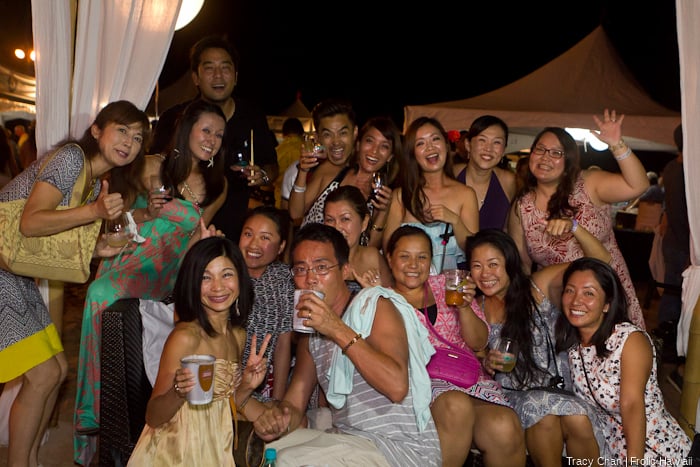 Members of the Marriott Beach Club. 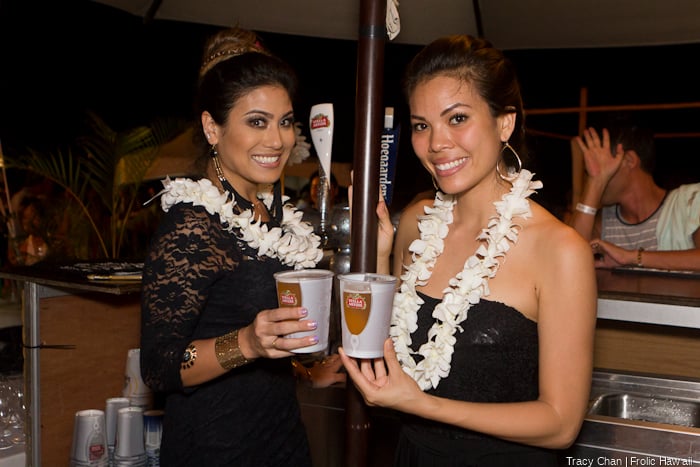 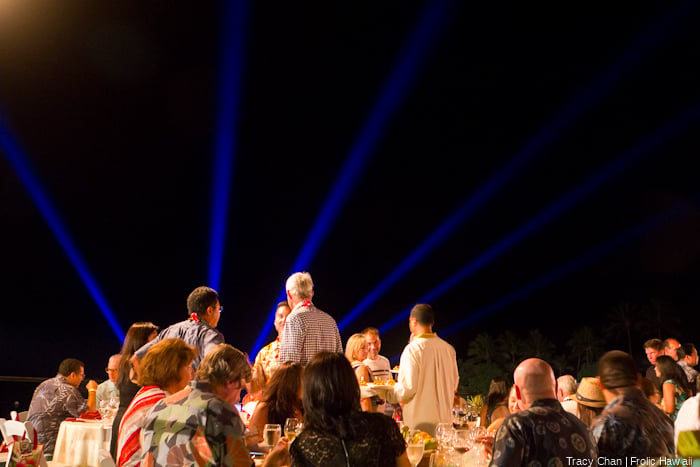 Diners on the VIP platform. 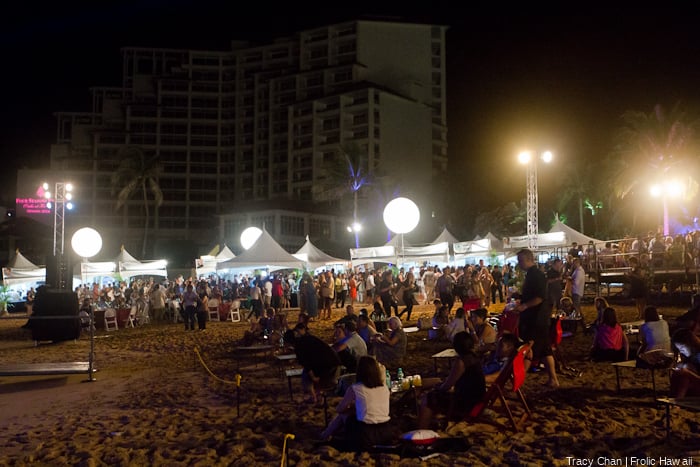 On the beach at Ko Olina 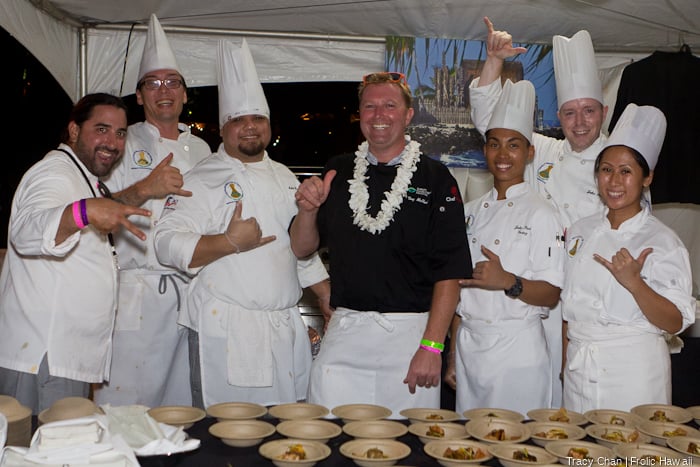 Chef Troy McPhail of Commander’s Palace and his crew. 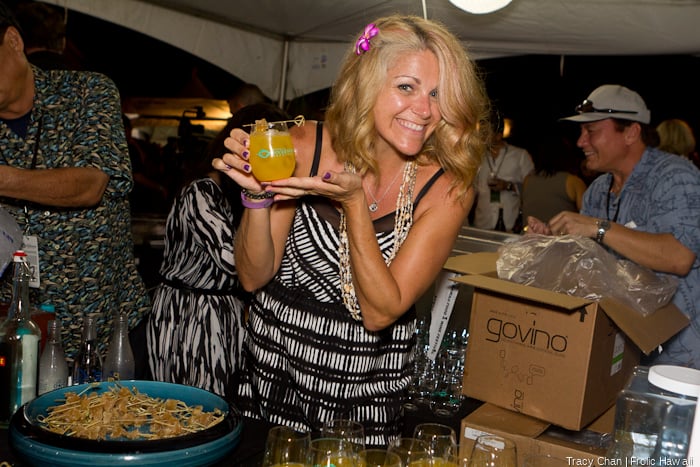 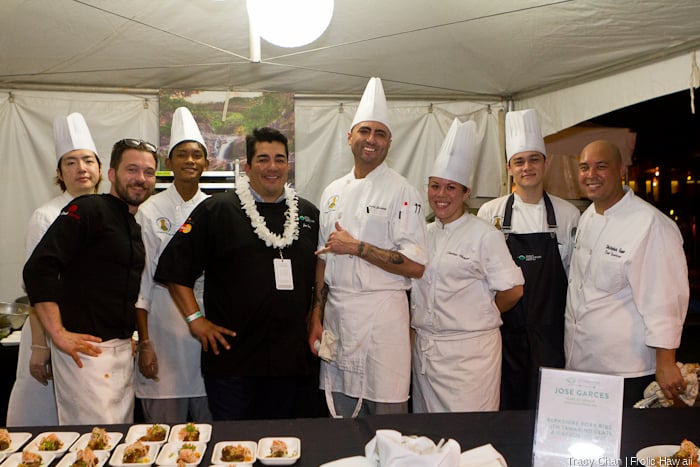 Jose Garces and his crew. 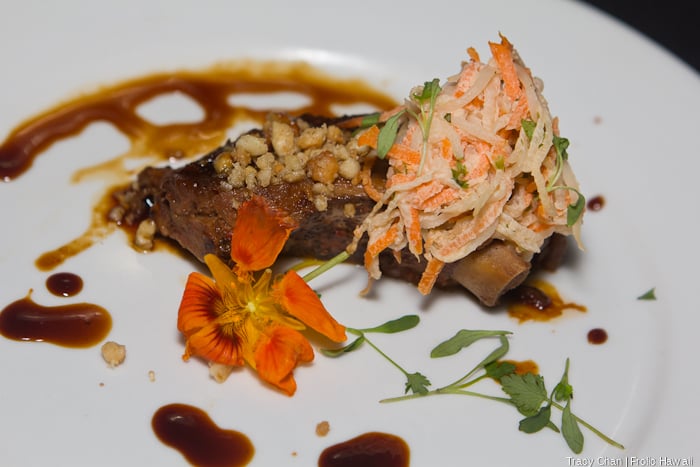 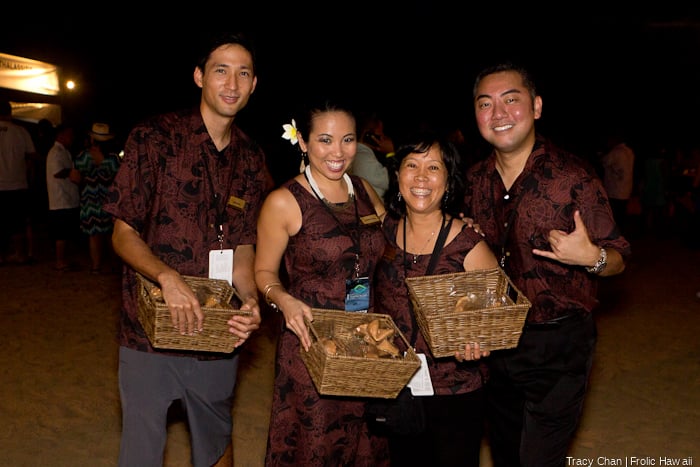 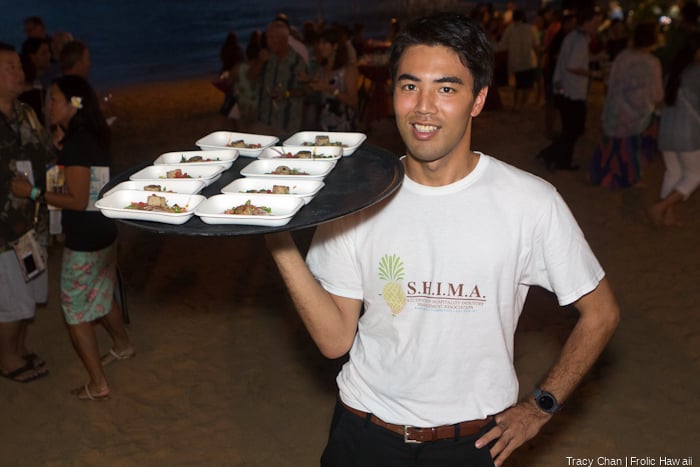 Servers for the evening were from S.H.I.M.A, or the Students of Hospitality Industry Management Association at Kapiolani Community College. 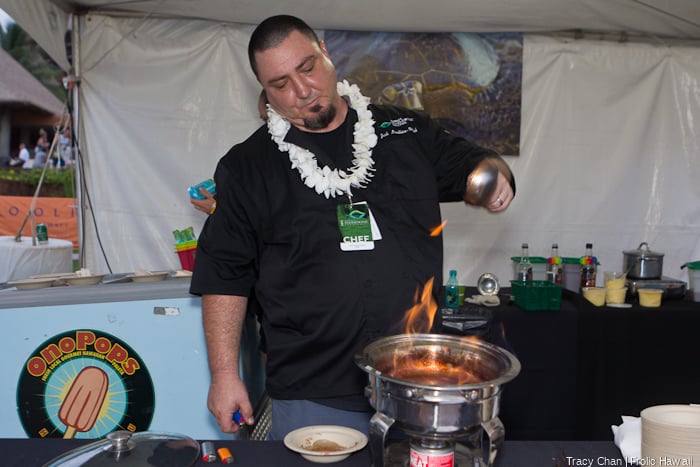 Chef Josh Welch of Onopops prepares a flambé made of Surinam cherry, Naked Cow Dairy Butter and Maui Rum’s Overproof White for his Hawaiian Cherries Jubilee on a stick popsicle. 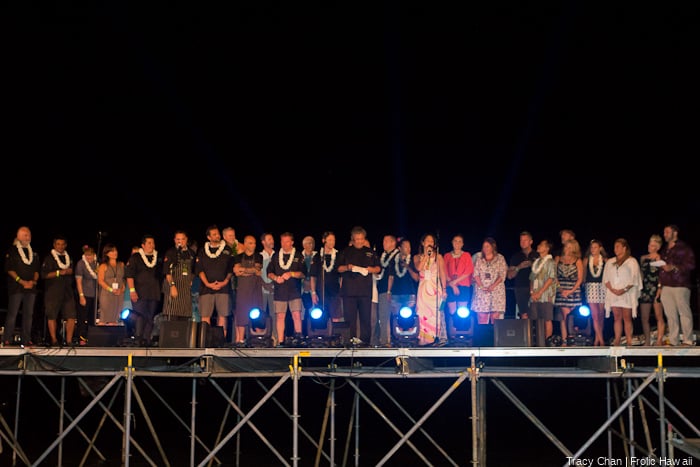 The chefs, sommeliers and mixologists of the evening! 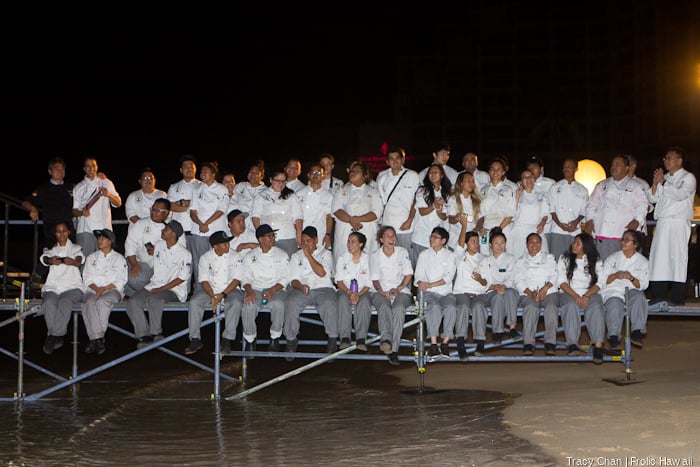 KCC students who assisted the chefs. 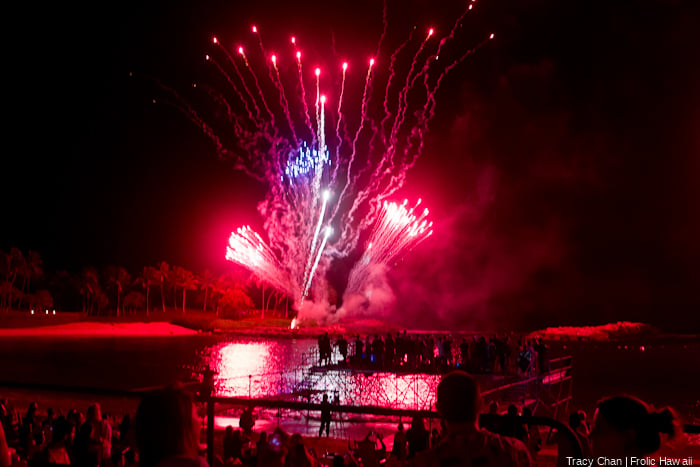 The night ended with a fireworks show. 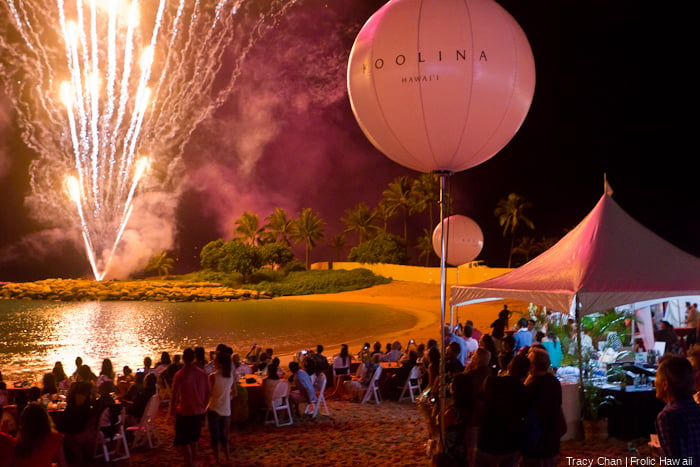 Fireworks at the lagoon. 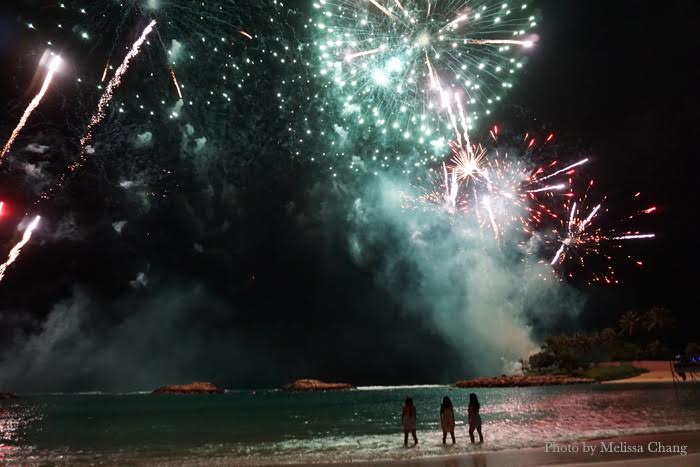