It’s not every day you get to drink a spirit that costs $4,000 a bottle, so I’m going to blog about the unique experience  — not just to share it but to keep it in my memory. I’m pretty sure I won’t get to experience this again! 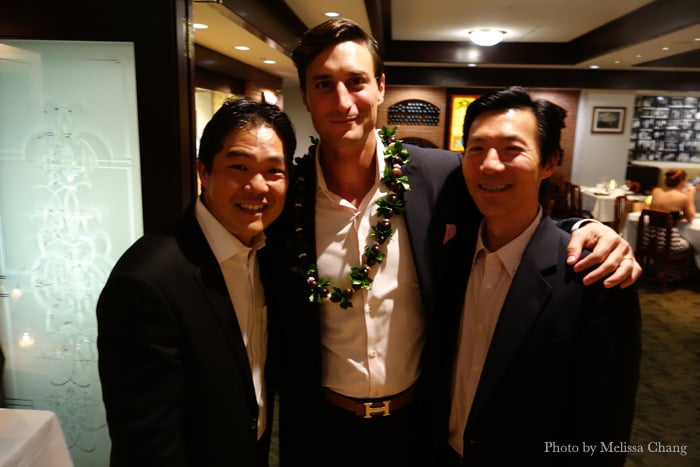 My friend Yasuo Ogawa invited me to a special dinner at Morton’s Steak House last night, where we got to meet Sten Lilja of Moet Hennessy, who explained some of the history and science behind the art of creating their cognacs. 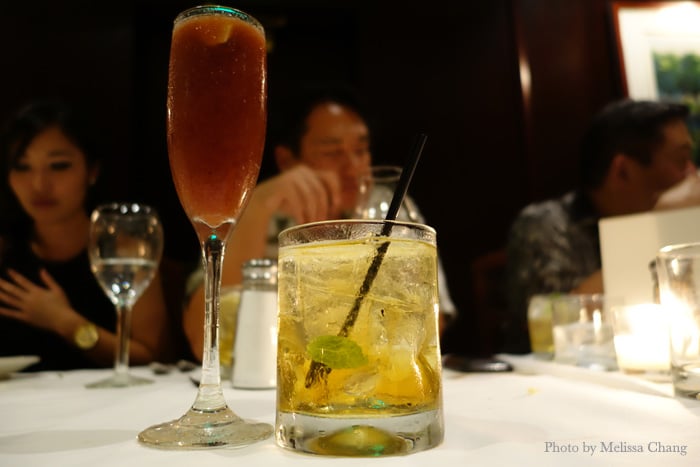 To start, we were offered two cocktails made with Hennessy: the Privilege raspberry sidecar, which was sweeter and feminine; and the Privilege Smash, which was supposed to be more of a manly cocktail. I actually liked the smash cocktail better, as it was very smooth and the cognac flavor was a little more prominent. But it was neat to see that you could make cocktails with Hennessy. 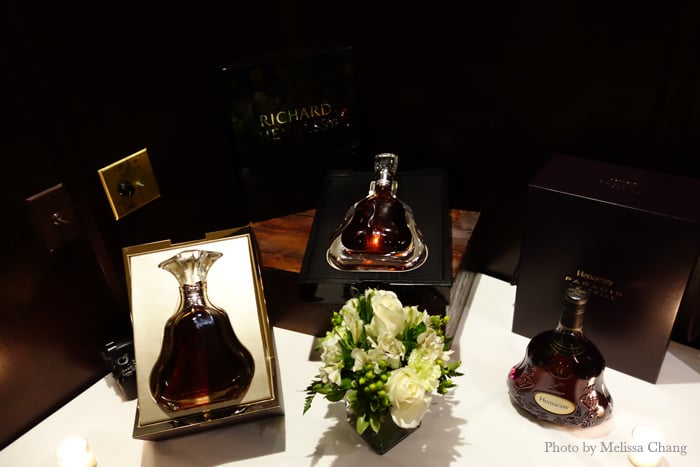 Here’s the main display of cognacs, so you can see what the bottles look like. The original Hennessy XO retails for about $219 per bottle; the Hennessy Paradis Imperial is about $3,000 (regular Paradis is just $899); and the Richard Hennessy, at the top of the line, is about $4,250 per bottle. Each carafe of Richard Hennessy is numbered and made of pure hand-blown crystal. 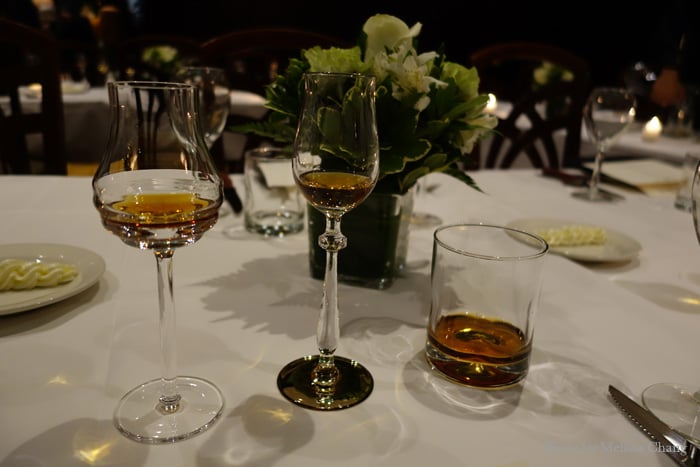 And then the tasting! We went from right to left:

I’m sure I could have appreciated these exceptional cognacs on their own, but having Sten walk us through the history of each while telling us what to look for in smell and taste really helped me to gain extra respect for the painstaking — and long — process of making it. 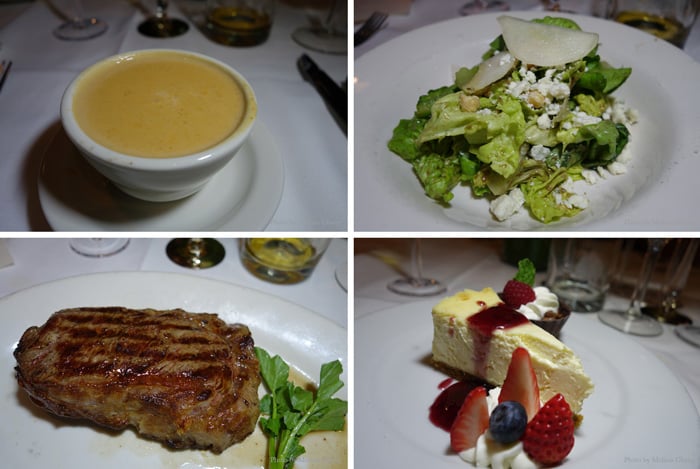 Although the Hennessy was really the focal point, we had it with a four-course dinner at Morton’s to see how it went with food instead of wine. And it was great! I’m not just saying that. Instead of worrying about the perfect wine pairing with each course, the cognacs added elegance, but didn’t clash with anything. That was one of the big takeaways for me — you can enjoy a bold spirit with dinner and it still enhances the food. 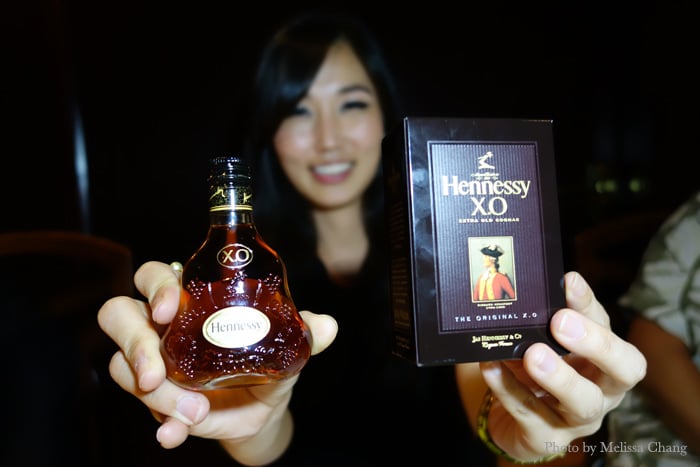 As an added party favor, Yasuo and Jeff gave all of us a miniature bottle of Hennessy XO. Now I have to decide on a special occasion to sip this! Mahalo to Sten, Yasuo and Jeff for an amazing tasting event!