Hawaiian Chip Co. Wants You to Dip Its Chips in Chocolate

And we’re so down with that. 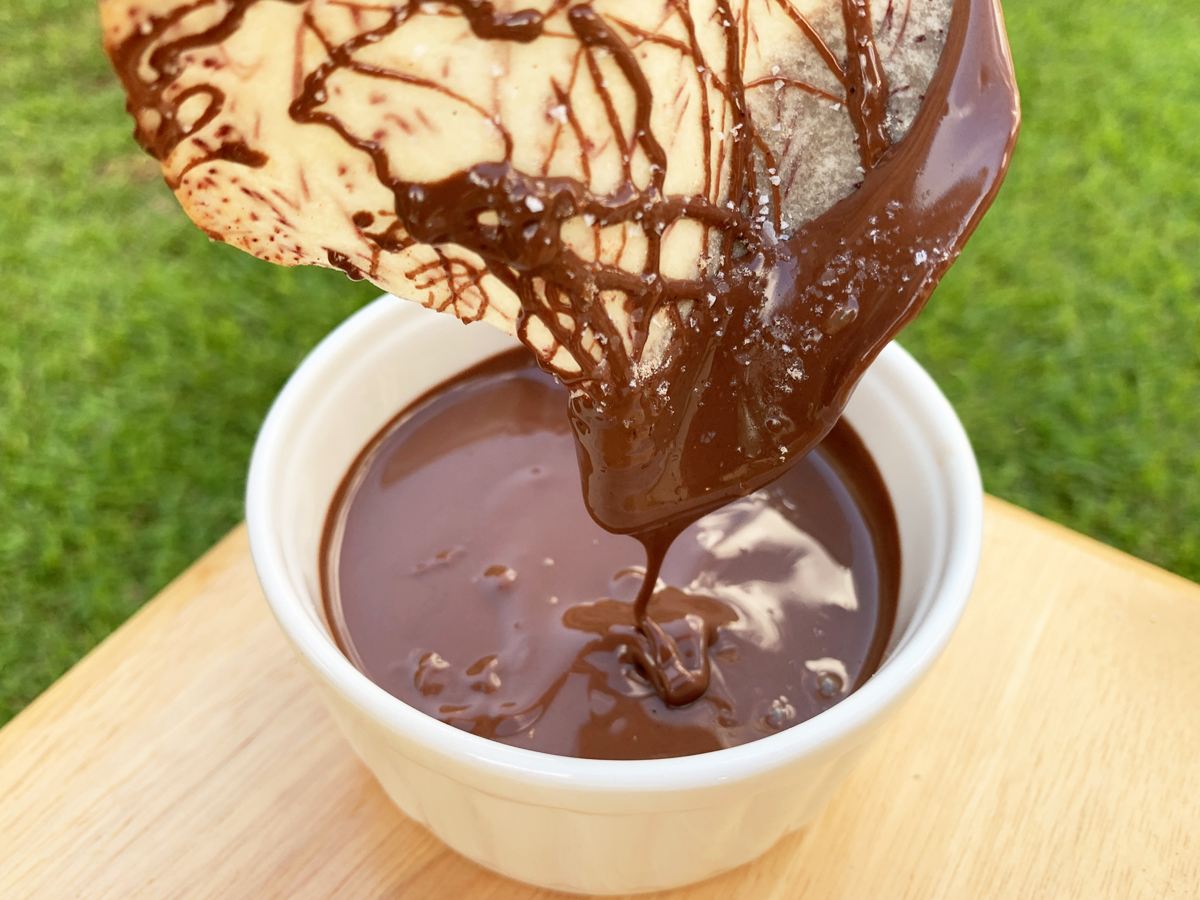 I’m not a sweets person. I’m a little salty, in life as well, which is why I’m always drawn to chips, pretzels and furikake, ume, shiso on anything at any time. So, when Jimmy Chan, owner of Hawaiian Chip Co., told me the company was adding a chocolate dipping kit to its lineup, I was intrigued but not super excited.

A box of freshly fried chips and a tub of creamy Menehune Mac chocolate later, I changed my mind.

Hawaiian Chip Co. recently brought the more than 80-year-old Menehune Mac business into its fold, including recipes, products and all of the employees it could. That means you’ll find not only Menehune Mac’s signature hand-dipped chocolate-covered macadamia nuts and other treats in the Hawaiian Chip Co. store, but a dream duo of taro and sweet potato chips packaged with warm, melted chocolate for dipping. This isn’t just run-of-the mill bargain candy; Menehune Mac has a custom blend of milk and dark chocolate created at the Guittard Chocolate Factory in San Francisco. It’s creamy, a bit fruity and thick enough to completely coat anything in just one dip. Fortunately, the hardy, crunchy chips won’t buckle under the weight.

SEE ALSO: Best of Honolulu 2020: The Best Food and Drinks on O‘ahu 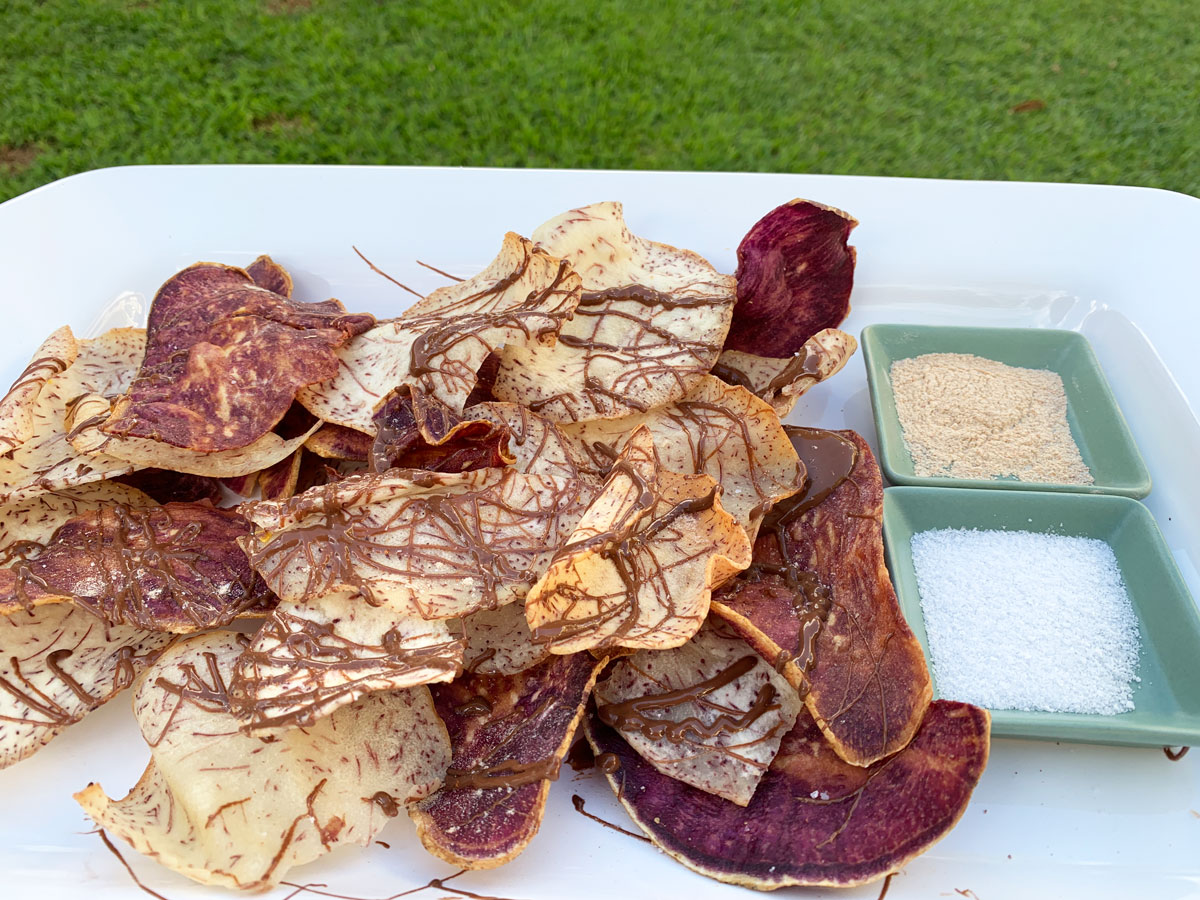 This wasn’t even a quarter of the chips you’ll find in a 1-pound box along with Kīlauea Fire (top right) and salt (bottom right). Photo: Christi Young

But what takes the combo to the next level are the little packets of seasoning that come with it:  Hawaiian salt and Kīlauea Fire. I liberally sprinkled both over my plate of chocolate-drizzled chips. The crunchy salt crystals cut through the sweetness and the entire tasty mouthful finishes with lingering heat from the spice. A 1-pound box of chips with all the toppings fed me and three friends happily for more than a week, since the local chips stay crisp for weeks. Pro tip: If you’re a fan of Kīlauea Fire, you can get fresh chips seasoned with the blend, adobo or more than a dozen flavors at the Hawaiian Chip Co. factory.

The idea isn’t a new one. The two Hawai‘i companies—Hawaiian Chip Co. which began in 2000 and Menehune Mac which dates back to 1939—have been friendly for years. When people ended their tours of the Menehune Mac factory, where they would hand-dip their own macadamia nut candies, they would receive some Hawaiian Chip Co. chips to scoop up any leftover chocolate. Now that the two are together on Republican Street, it’s a tasty, craveable representation of the merger of two local favorites.