San Francisco food blogger @TheDapperDiner proclaimed that this is the year Filipino food gets recognized as the most hip and trendy cuisine, and he’s probably right. You’ve seen it featured in mainstream media, from street food to fusion to elevated plates.

You don’t see it as much in Hawaii, though — we have such a huge Filipino population that most of the diners tend to prefer traditional preparations. Or, do they just not have enough exposure to contemporary or out-of-the-box twists? 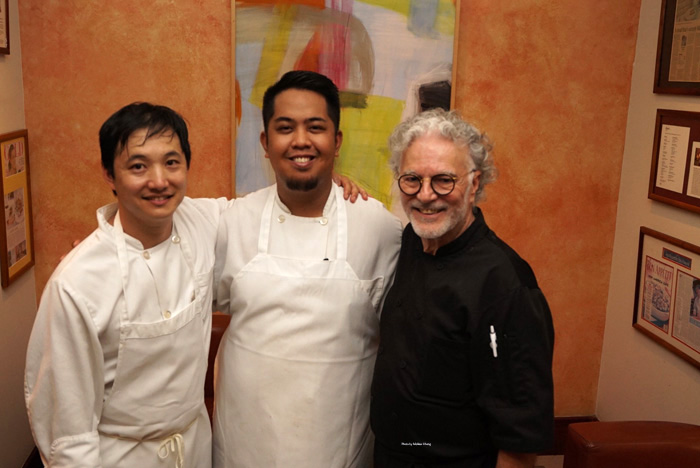 Local boy Jose Calpito was doing an externship in at the Venetian in Las Vegas when Chef Mavro called to invite him to return as pastry chef in 2014. They’re always experimenting with new flavors and concepts in the kitchen, so one day they decided to take Jose out of pastry and put him back in the savory mindset, using the homestyle flavors of his Filipino heritage. (He is also an accomplished line cook.) Chef Mavro, Jose, and Chef de Cuisine Jonathan Mizukami headed out to Elena’s Filipino Restaurant in Waipahu and polished off 12 assorted dishes that Mellissa Cedillo recommended (including dinuguan!) for research and development.

For the next few weeks, you can enjoy a special four-course menu created by Jose at Chef Mavro’s. He’s put a French twist on each of his dishes and has used some of the finest ingredients to elevate his comfort food. It’s $107 per person, and wine pairings are $67 extra. You can also still get Chef Mavro’s regular menu during this time. 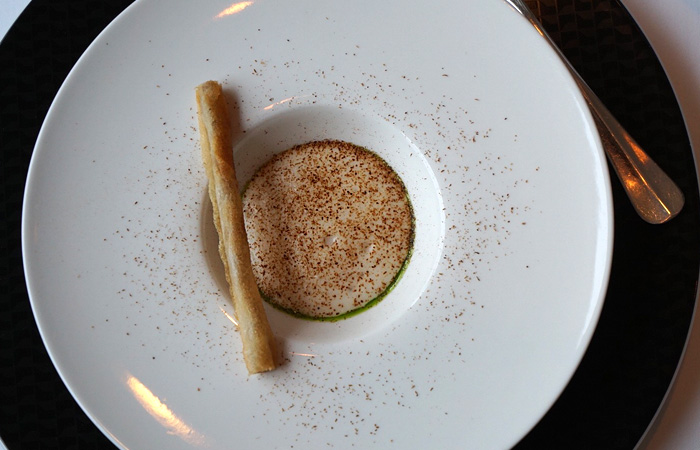 Amuse bouche: duck rillettes in brick dough with white bean mousse porcini dust, and a drizzle of parsley oil. This isn’t really Filipino, according to them, although the duck in pastry could be a delicate lumpia. And this is so light, most people want to eat about 20 of them. 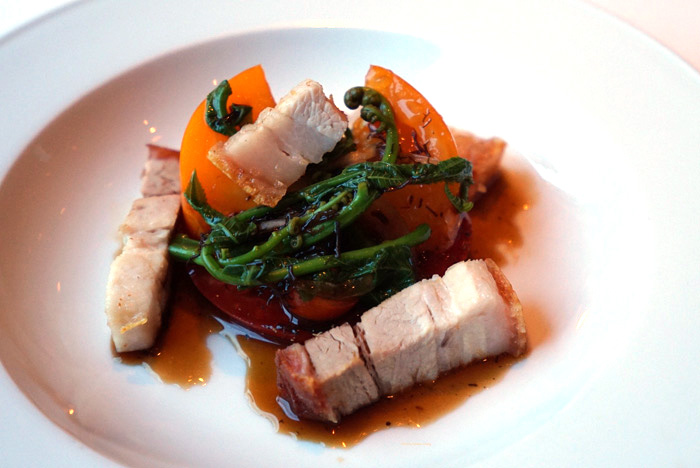 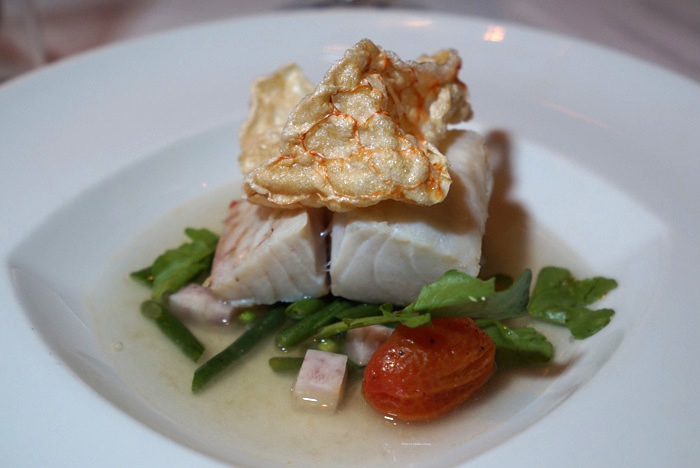 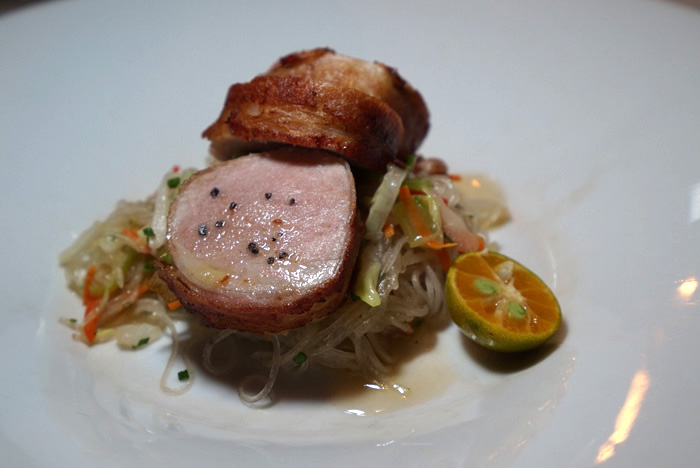 Adobo: Niman pork wrapped in bacon atop bean vermicelli with onion, carrot, celery and bell peppers and adobo jus. They serve kalamansi limes on the side so you can squeeze as needed. The pork was outstanding and offered a creative twist on an old dish, but for some reason I couldn’t get enough of the pancit noodles! I don’t know what Jose did, but that alone was very addicting. This was paired with a Protos Crianza, 2008 Tempranillo, Ribera del Duero, Spain. 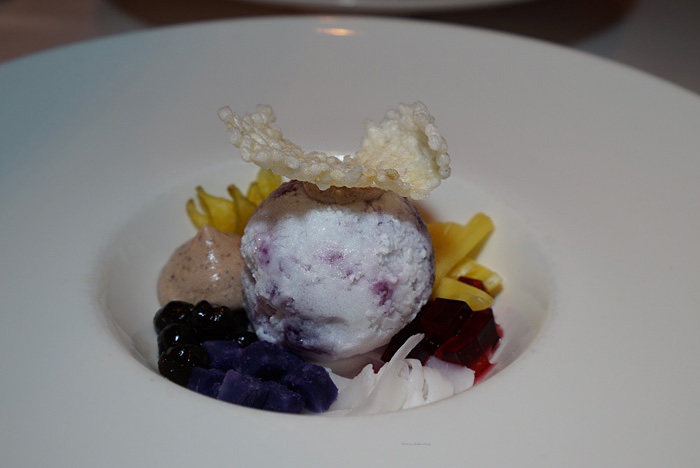 Hallo, halohalo! Jose’s flair as a pastry chef is shown here with this ball of coconut shaved ice surrounded by homemade accompaniments: ube jam, azuki bean mousse and hibiscus gelee. Okay, the tapioca pearls aren’t quite homemade, but they’re necessary. It’s topped with a crispy rice wafer for added taste and texture. After taking a photo of this, mix it all together so you get a little bit of everything in each bite. So good! This is paired with Domaine Huet, 2015 Vouvray Moelleux from Loire Valley. 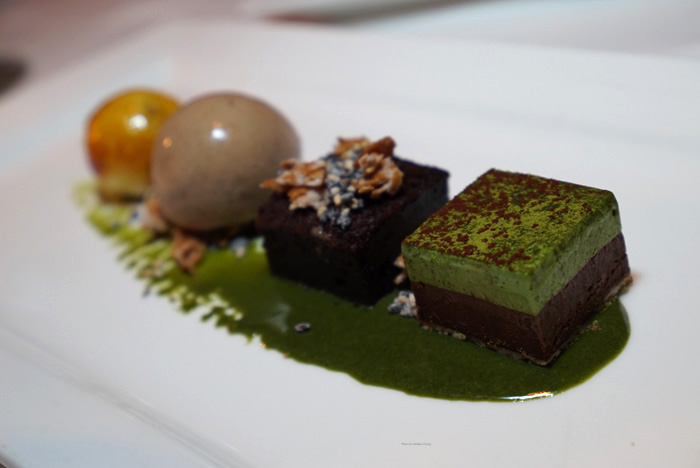 To end dinner, we had assorted mignardises. You’ll probably be too full to finish. We certainly were!