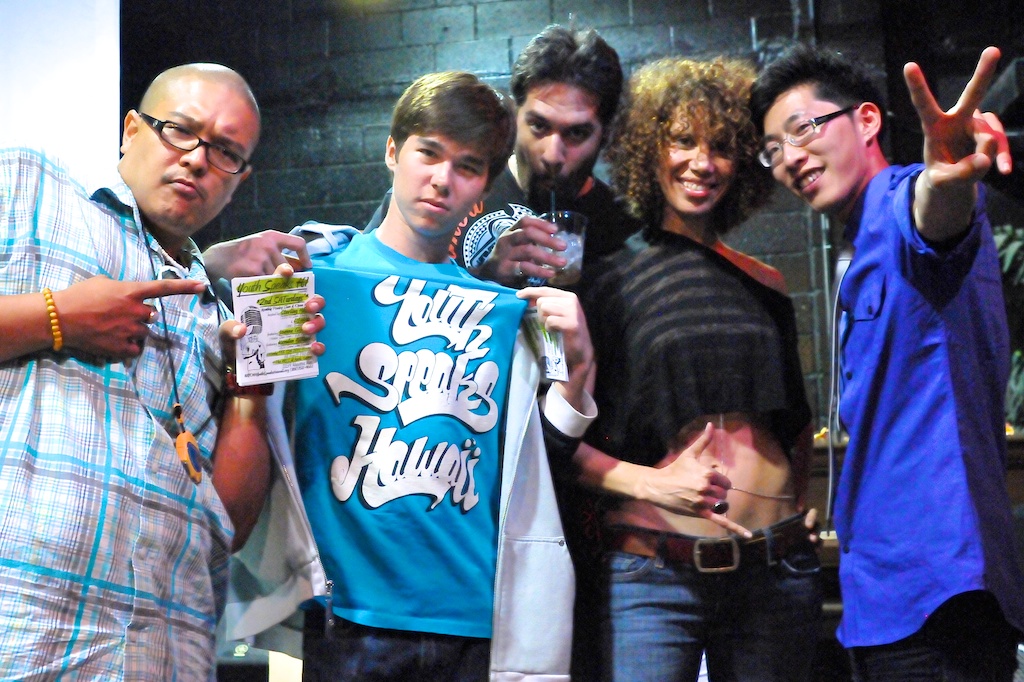 First Thursday celebrated its eighth anniversary in grand style at Fresh Cafe Thursday night. Kealoha kicked off the evening with an original poem inspired after a day at the beach. After warming up the crowd, he started the competition that would decide this year’s Hawaii Slam Poetry team.

Bonus video: Kealoha and the Ball