Congratulations to all our virtual fun run finishers of all ages from across the nation!

The first ever HONOLULU Family Virtual Fun Run, presented by Mobi, sent families running, walking, jogging and strolling through their neighborhoods and yards from mid-April through May. We received photos of finishers from as far away as New Jersey, Canada and New York. A portion of the proceeds went to provide masks for front line workers as well as people across Hawai‘i. Congratulations to all our finishers! 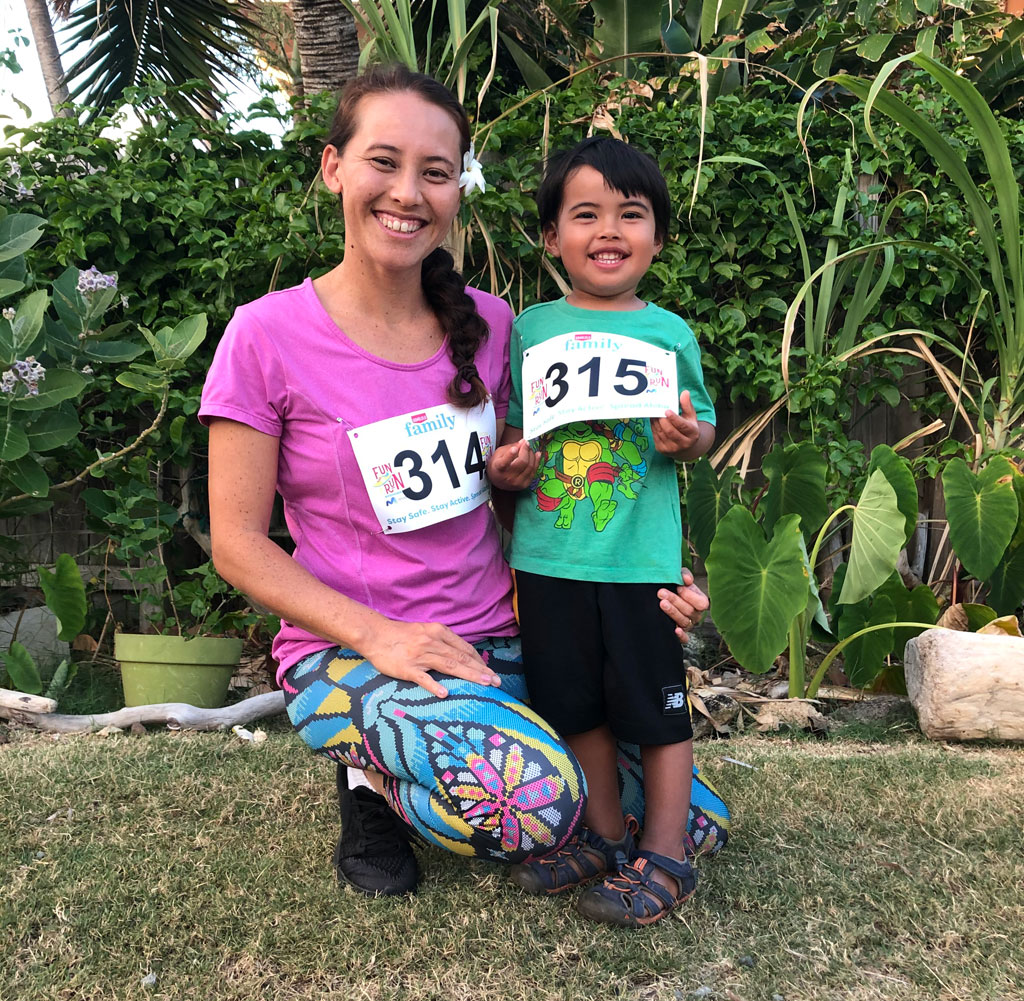 Roxanne and Kaimana, 3, finished a mile together. Then mom completed the 5k course by herself. “It was fun to say ‘Hi’ to neighbors as we passed,” she says. 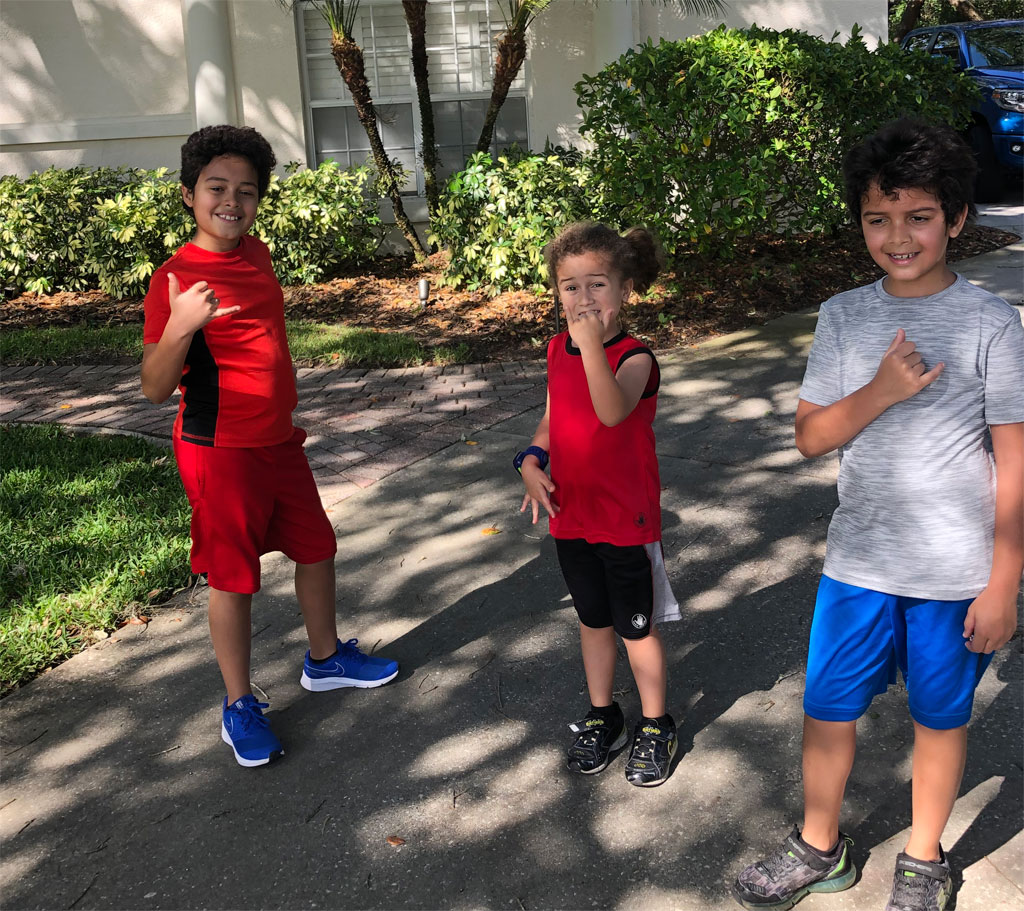 Former HONOLULU Family Cover Kid Jose, 10, (Summer 2016) and his brothers Julian, 8, and Jaeden, 5, finished their laps in their Florida suburb. The family trained for weeks before their 5k and reminisced about the first HONOLULU Family Fun Run they did in the Islands. “It was not easy with all three kids because Jaeden would get tired and not want to walk anymore, or we couldn’t resist to stop and look for alligators or some other type of wildlife,” mom Jaymie says. “It was great to get our mind off the pandemic and just be outside.” 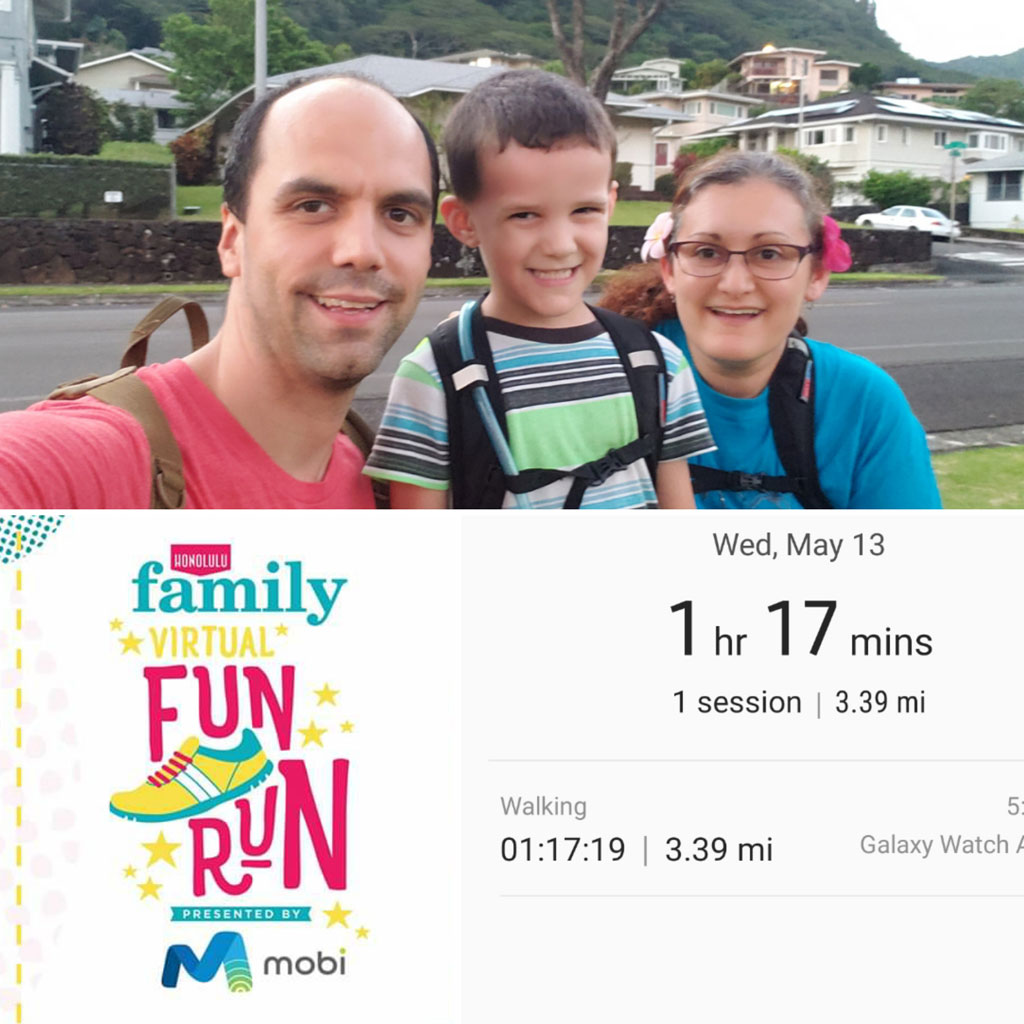 Julie, Steve and 5-year-old Hank finished their 5k on a long weekday walk through their neighborhood. 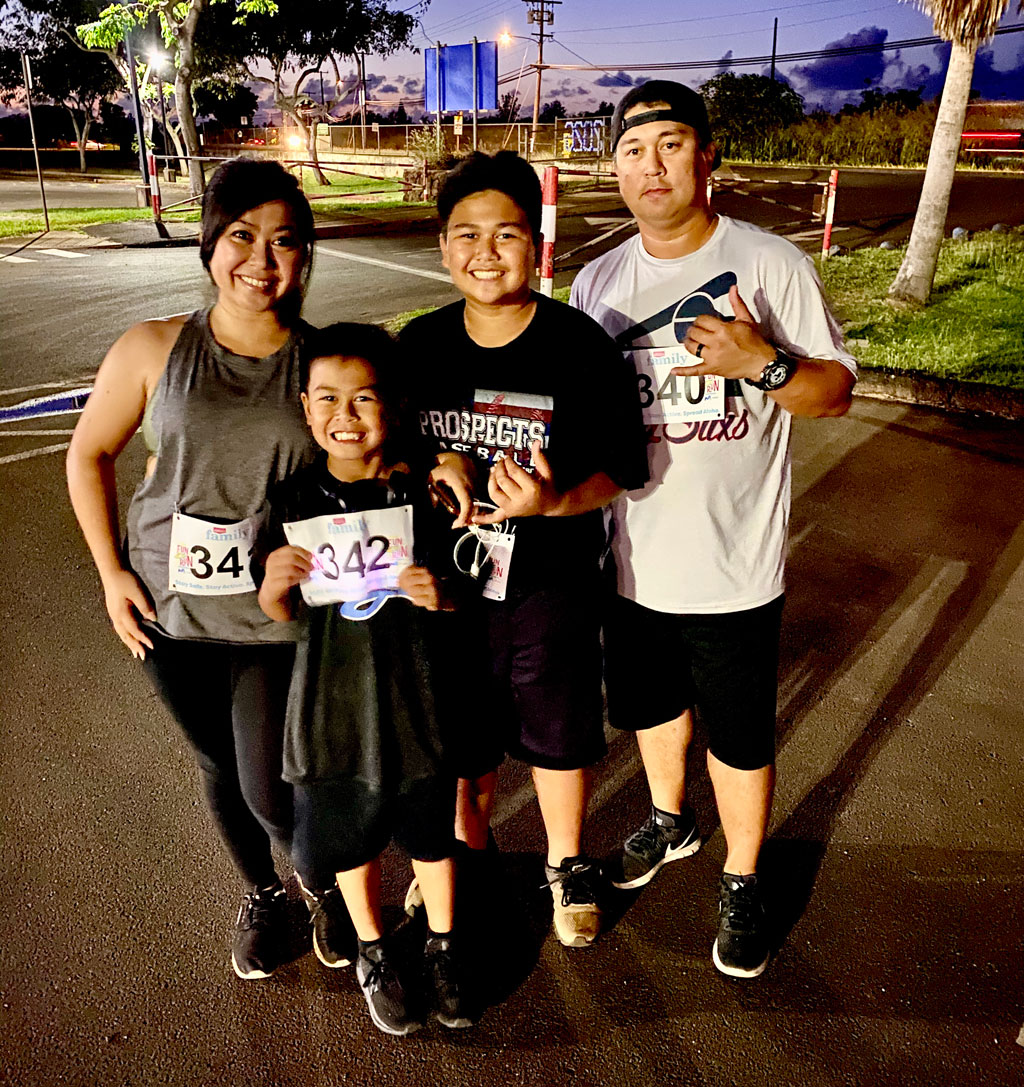 Kristine and Jacob along with their kids Blaze, 12, and Justice, 8, ran and walked their 5k on the exercise path in Waialua. Their extended family also joined them virtually, including her parents from Mililani and her brothers’ families on the Mainland. “Posting our times to each other and posing with our bibs made it feel like a real competition even though we weren’t physically racing each other,” Kristine says. 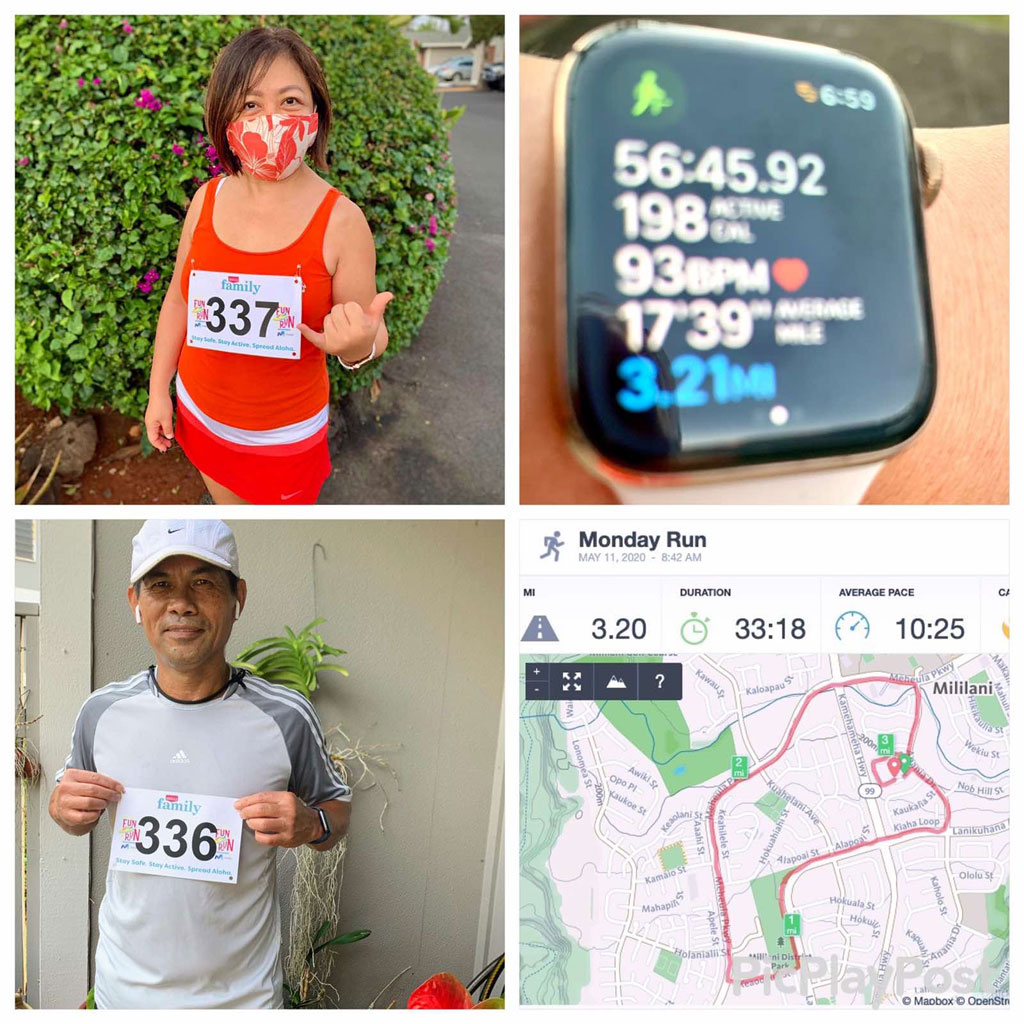 Rick and Tess Ballucang of Mililani also finished the 5k along with their daughter and grandkids, the Manutai family. 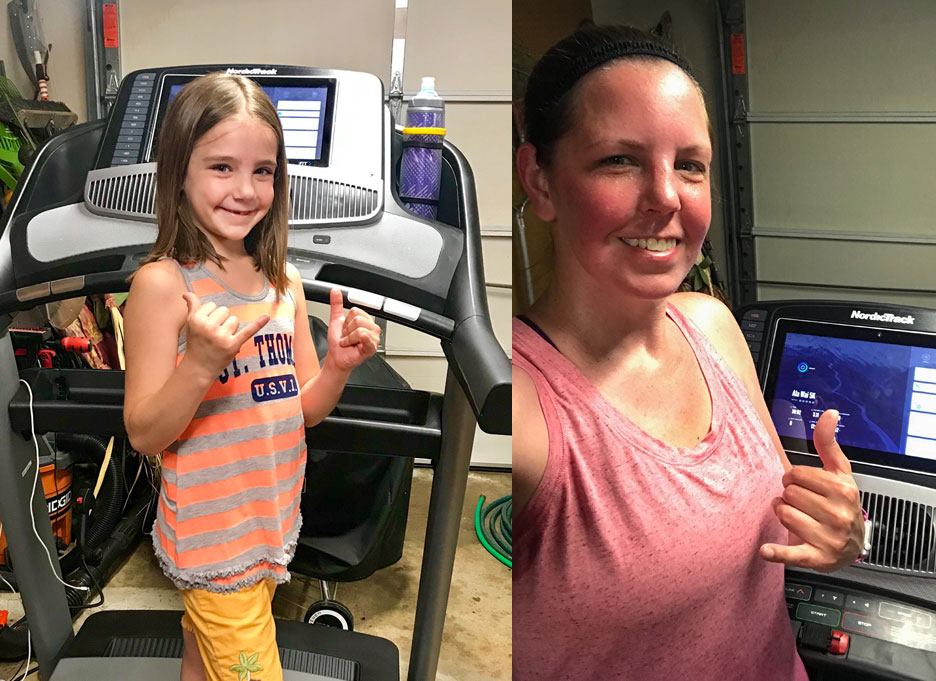 Olivia, 6, did the keiki dash while mom Kristen completed the 5k on their treadmill for their first virtual race. Kristen visited O‘ahu a few times, fell in love with the Islands and was planning a trip with her husband back for their 10th anniversary this year until the pandemic happened. They programmed Google Maps so they could “run” along the Ala Wai canal! 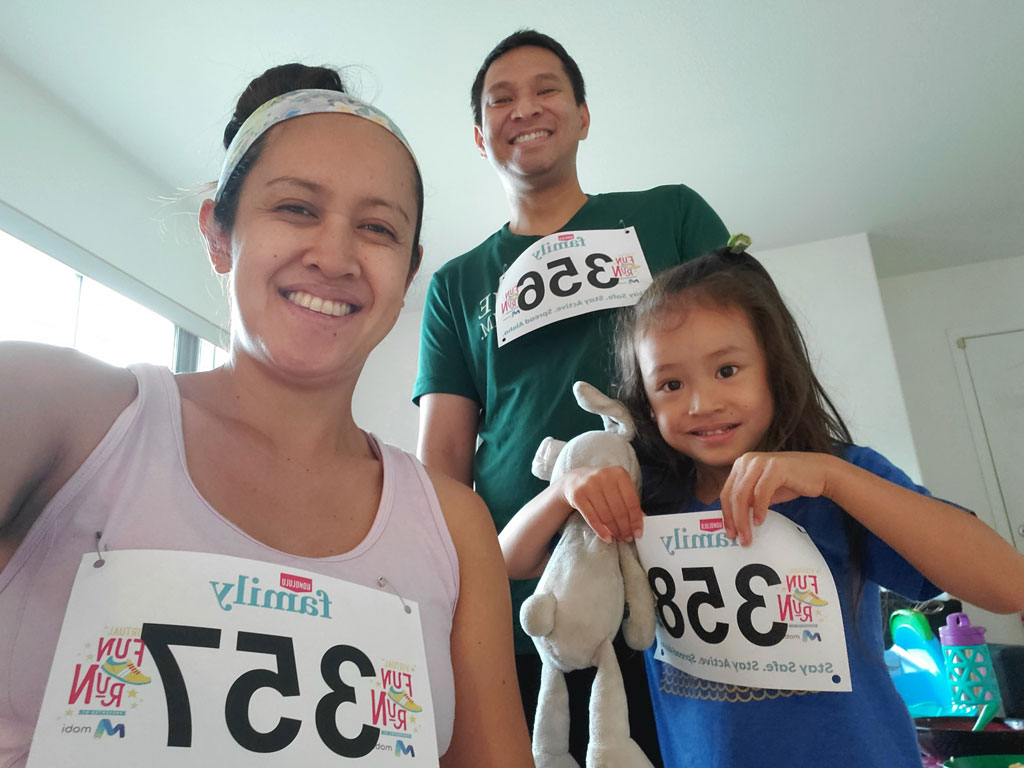 Sheinah and Aldrich ran the 5k while daughter Rylie ran the 500-meter keiki dash. Sheinah says she was surprised to see how fast her 4-year-old could run! 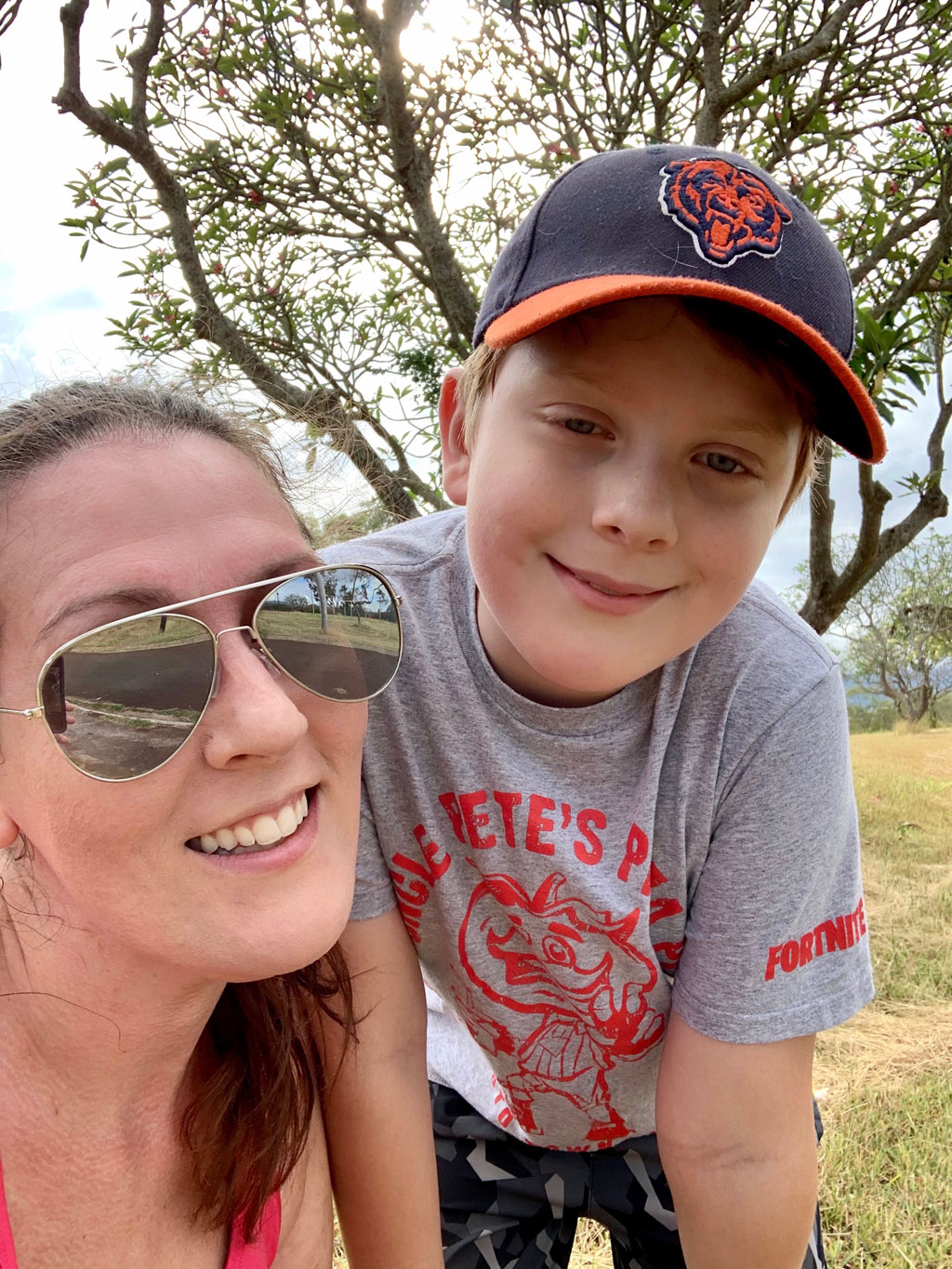 Megan and her son Gunnar, 9, tackled the 5k in two days as some mom-and-son time. (Gunnar’s little sister and dad stayed home.) They used the Charity Miles app so they could give their miles to Feeding America and the Couch-to-5k app for hints as to when they needed to start moving faster. Next up is the Windward 5k which benefits the Aloha Council, Boy Scouts of America. Gunnar is a cub scout. 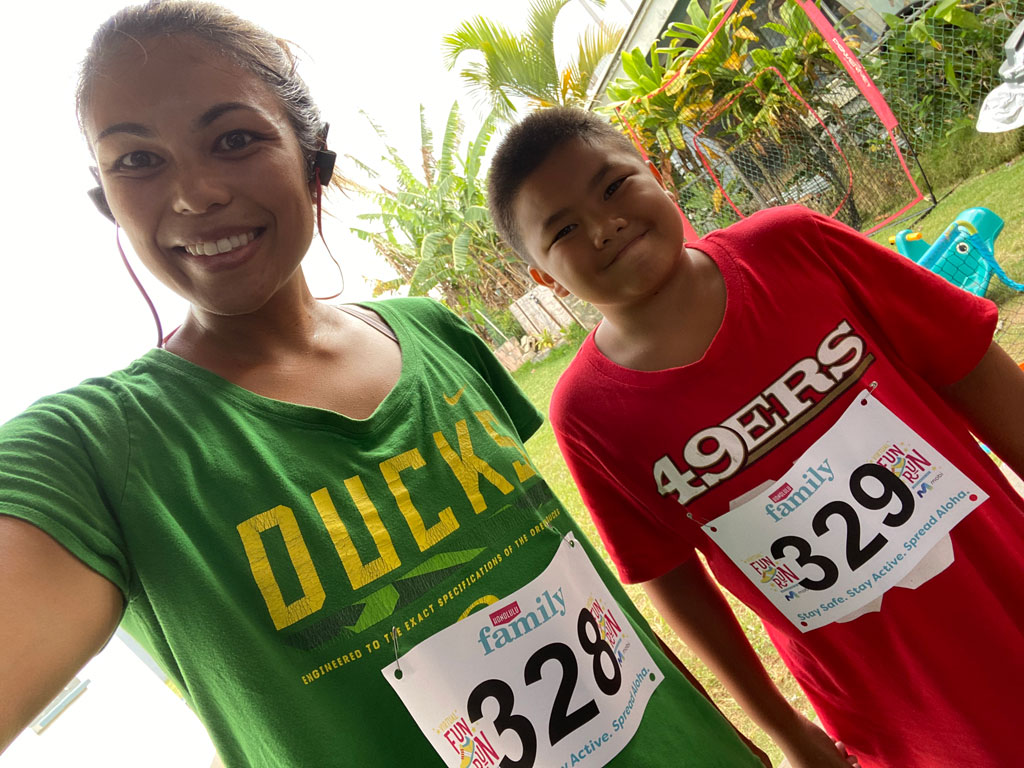 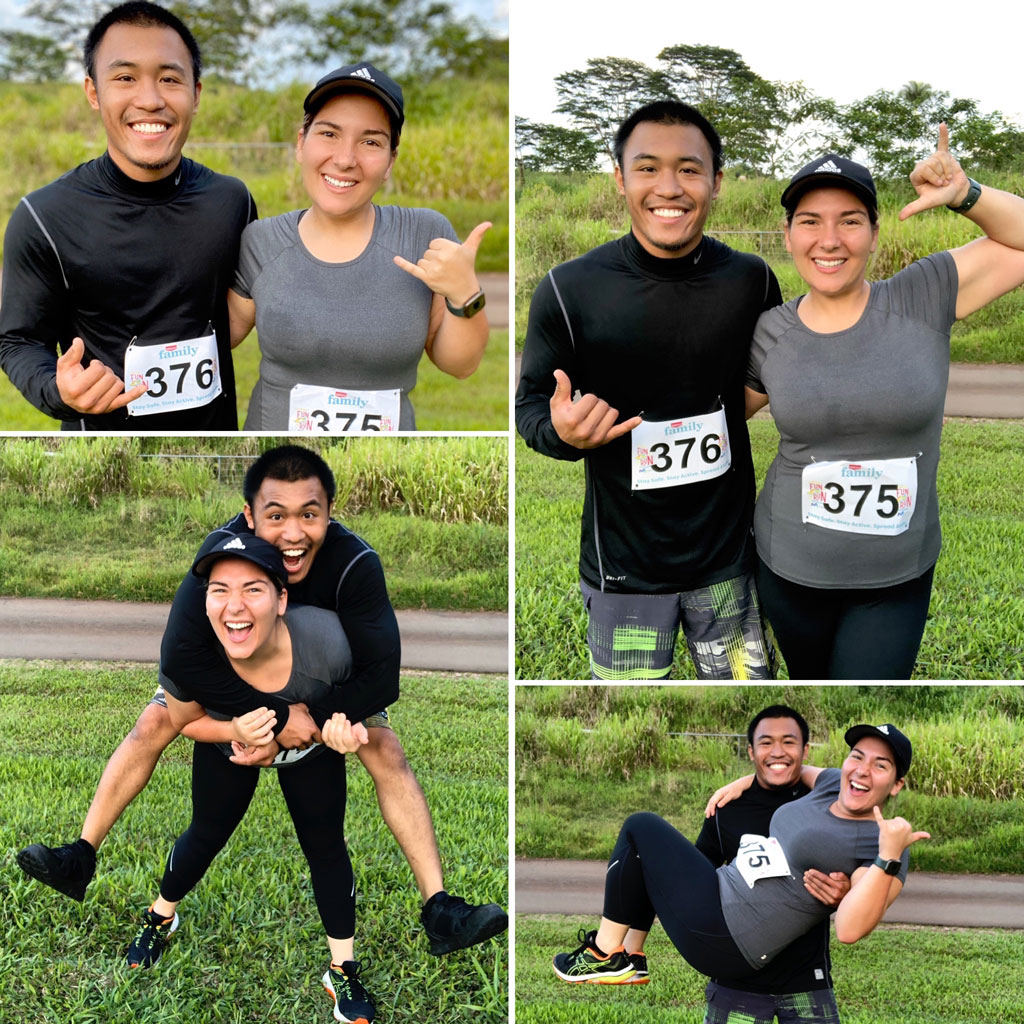 Summer Medeiros and Kristian Martinez finished their 5k on the Big Island. The couple climbed up a “killer hill” but was also able to see a breathtaking sunset view. Medeiros, who is a Mobi employee, says, “The best part of the fun run was the quality time and conversations (we actually ended up going way farther and longer because of this=more exercise, yay.) ” 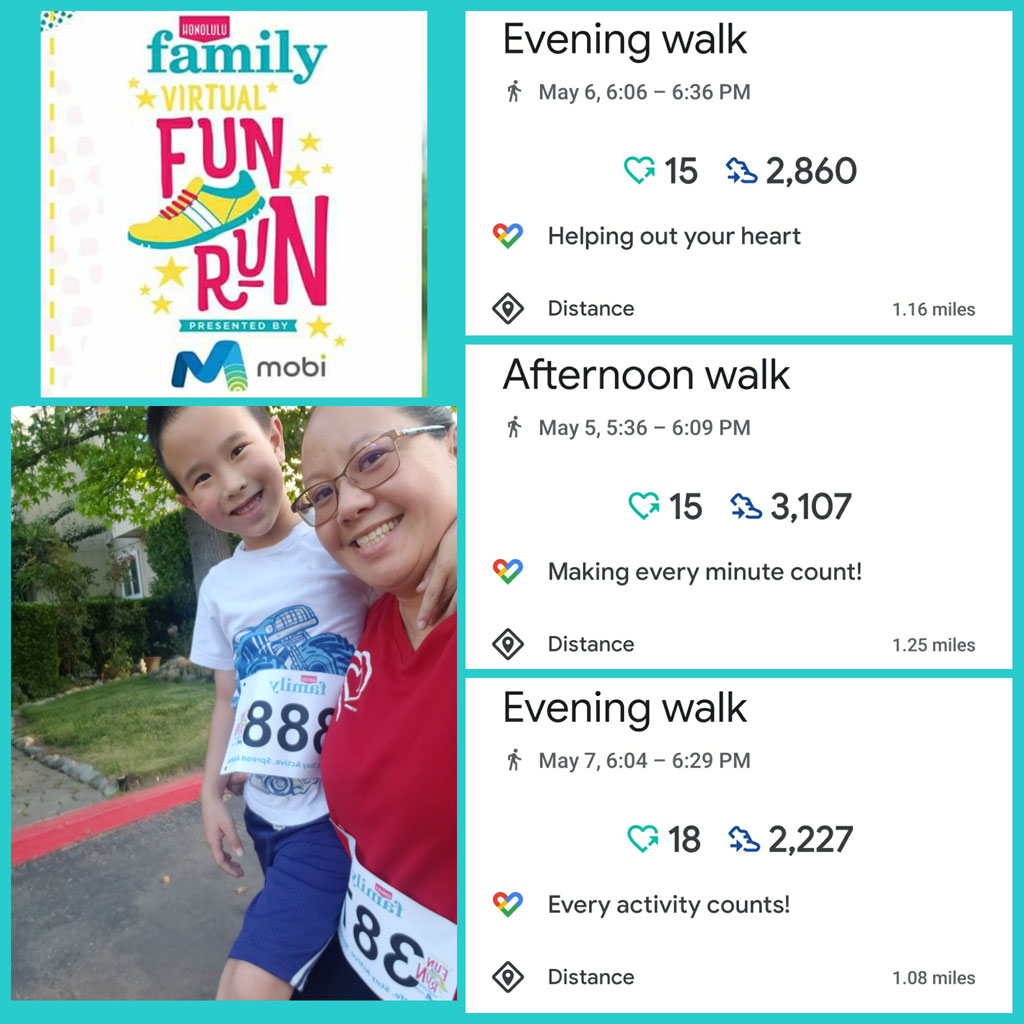 Jennifer and her son, Landon, 7, finished their 5k in several shorter walks outside in California. “The best part was just getting outside for some fresh air and spending non-technology quality time with my son.” 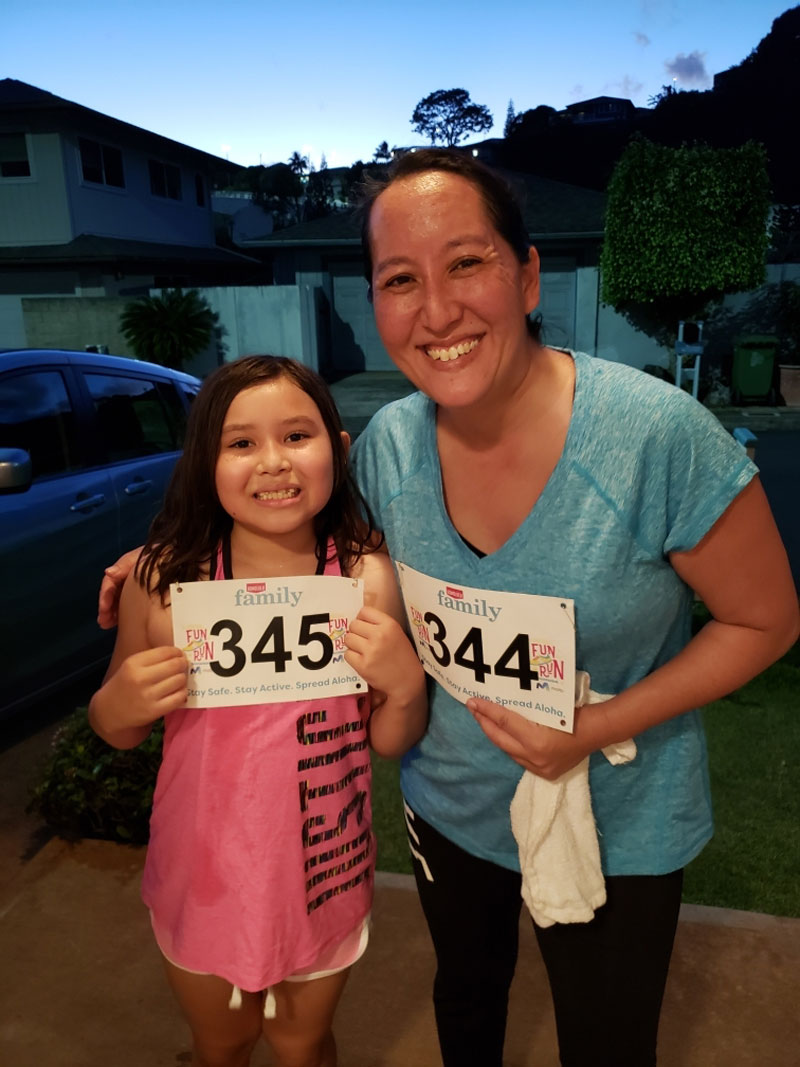 Rachel, 8, and mom Renee ran and walked around their neighborhood. The best part, Renee says, was watching them get closer to the finish on their app. 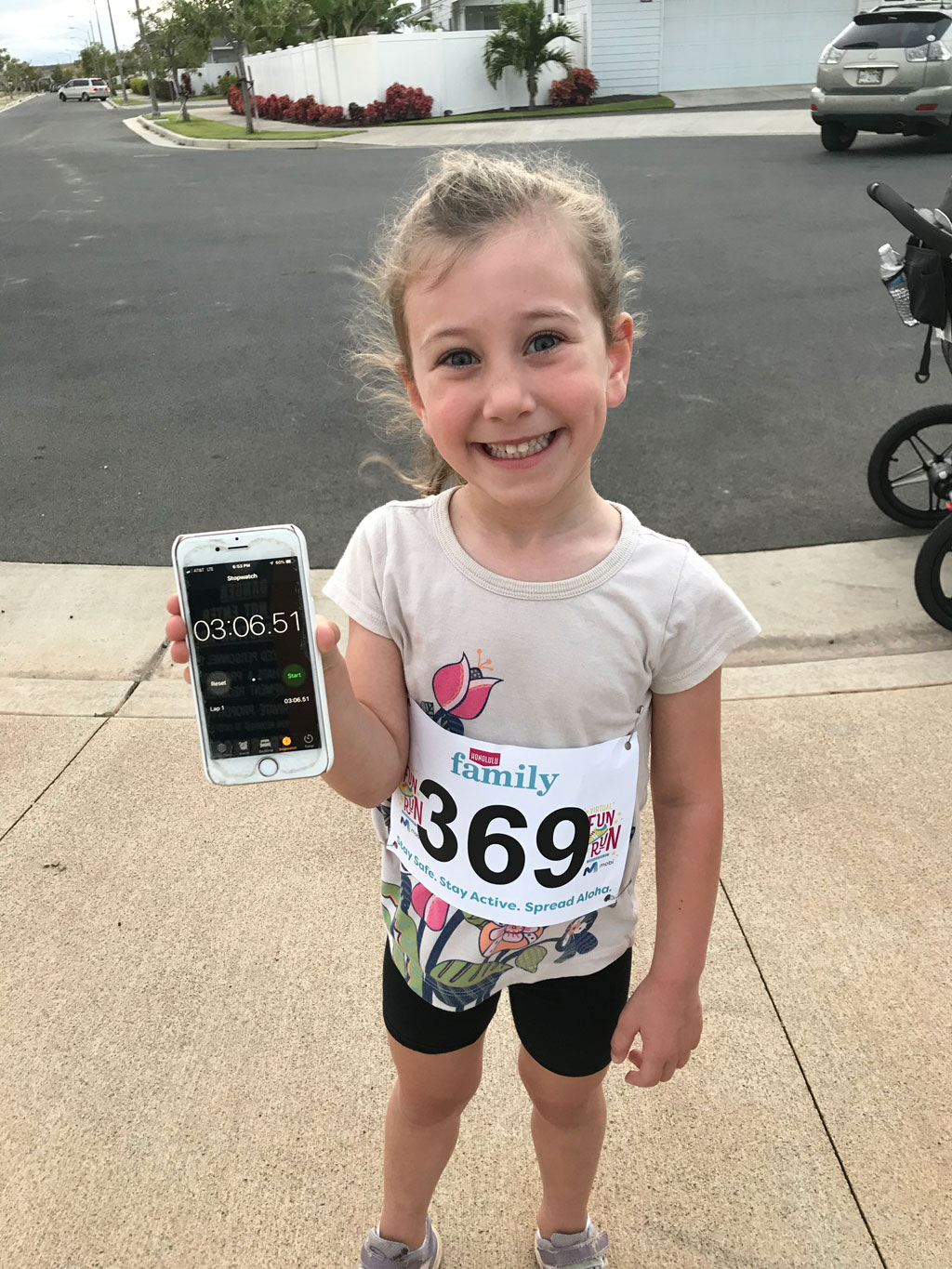 Eloise, 4, her brother Griffin, 4, mom, dad and dog, Duke, enjoyed their run in ‘Ewa Beach. Mom Evelyn says that Eloise loves to run and finished her 500-meter dash in just three minutes and six seconds. Eloise’s tips: go to the bathroom before going for a run, don’t look back and run all the way through the finish line! 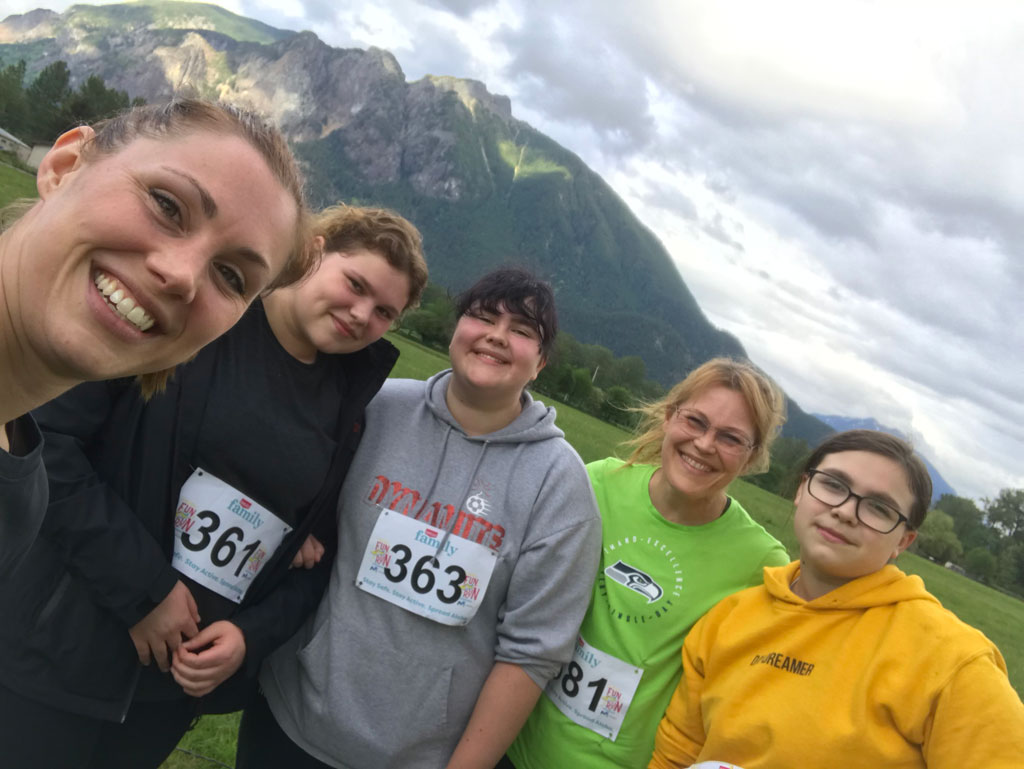 Jordan Sauvage (left) and her mom, Bronwyn (in the green shirt) ran the 5k. Jordan’s daughters—left to right: Stella, Audrey and Claire—walked along. 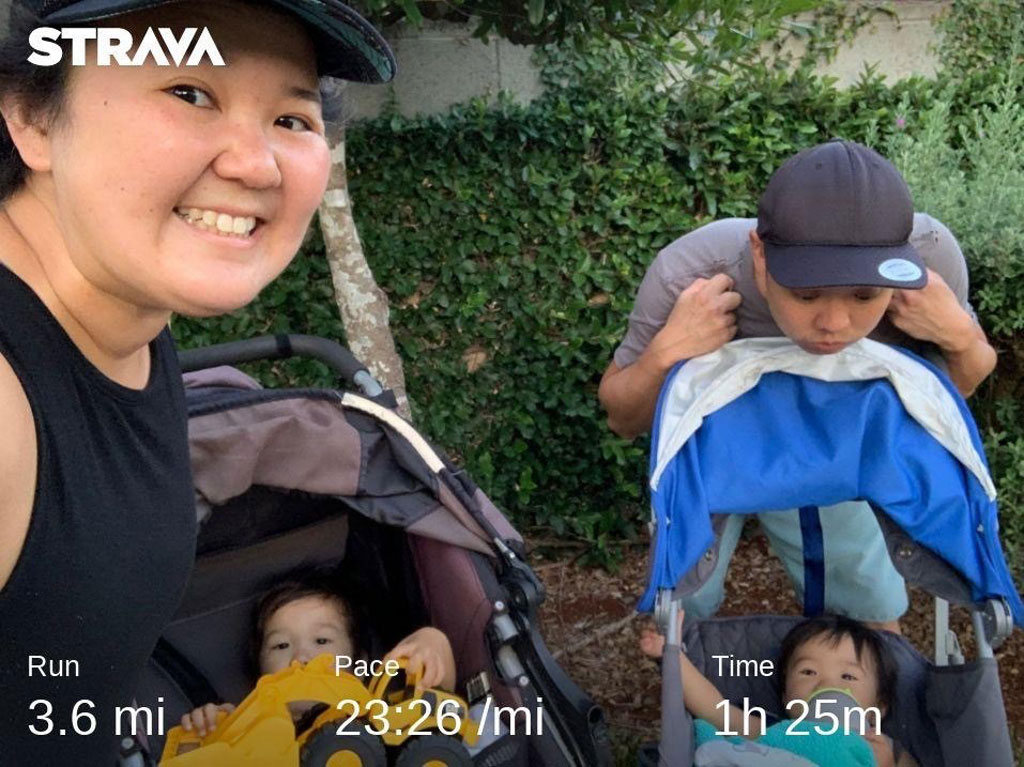 Jana and Ryan completed the 5k pushing sons Rylen, 2, and Rustyn, 1, in strollers. They loved exercising as a family and Rylen enjoyed pointing at the sights throughout the route. They packed snacks, milk and Jack Johnson songs. 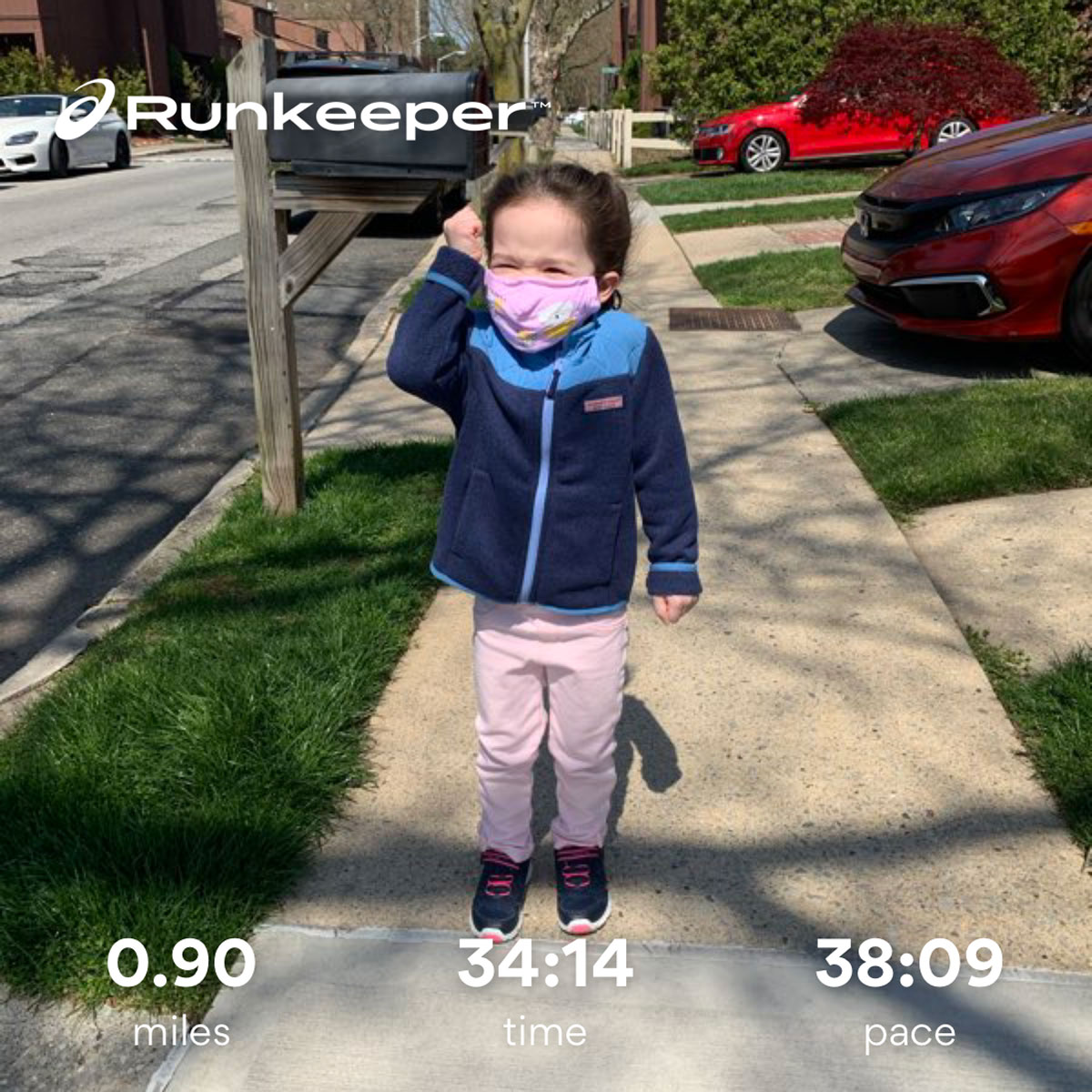 4-year-old Alison finished almost a mile in the streets of New York to become the first finisher in the HONOLULU Family Fun Run. Read more about how this motivated preschooler got ready for her run here. 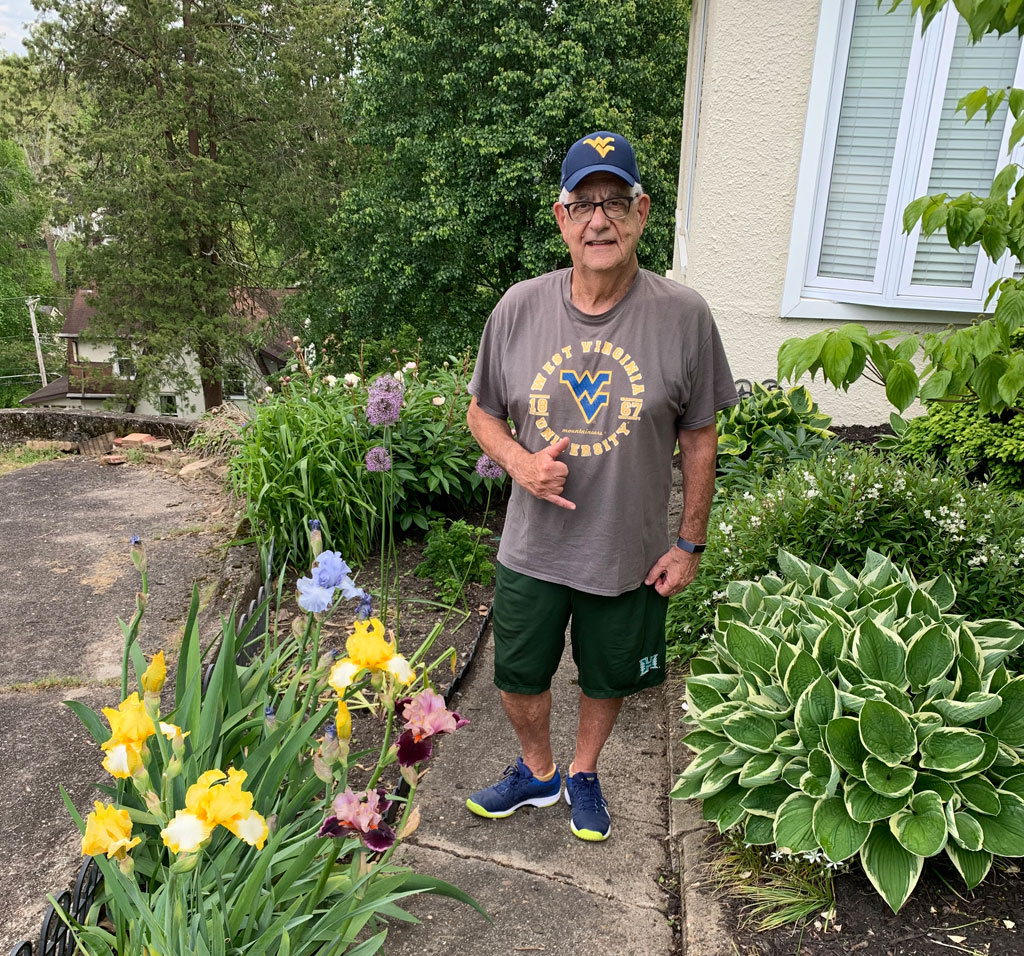 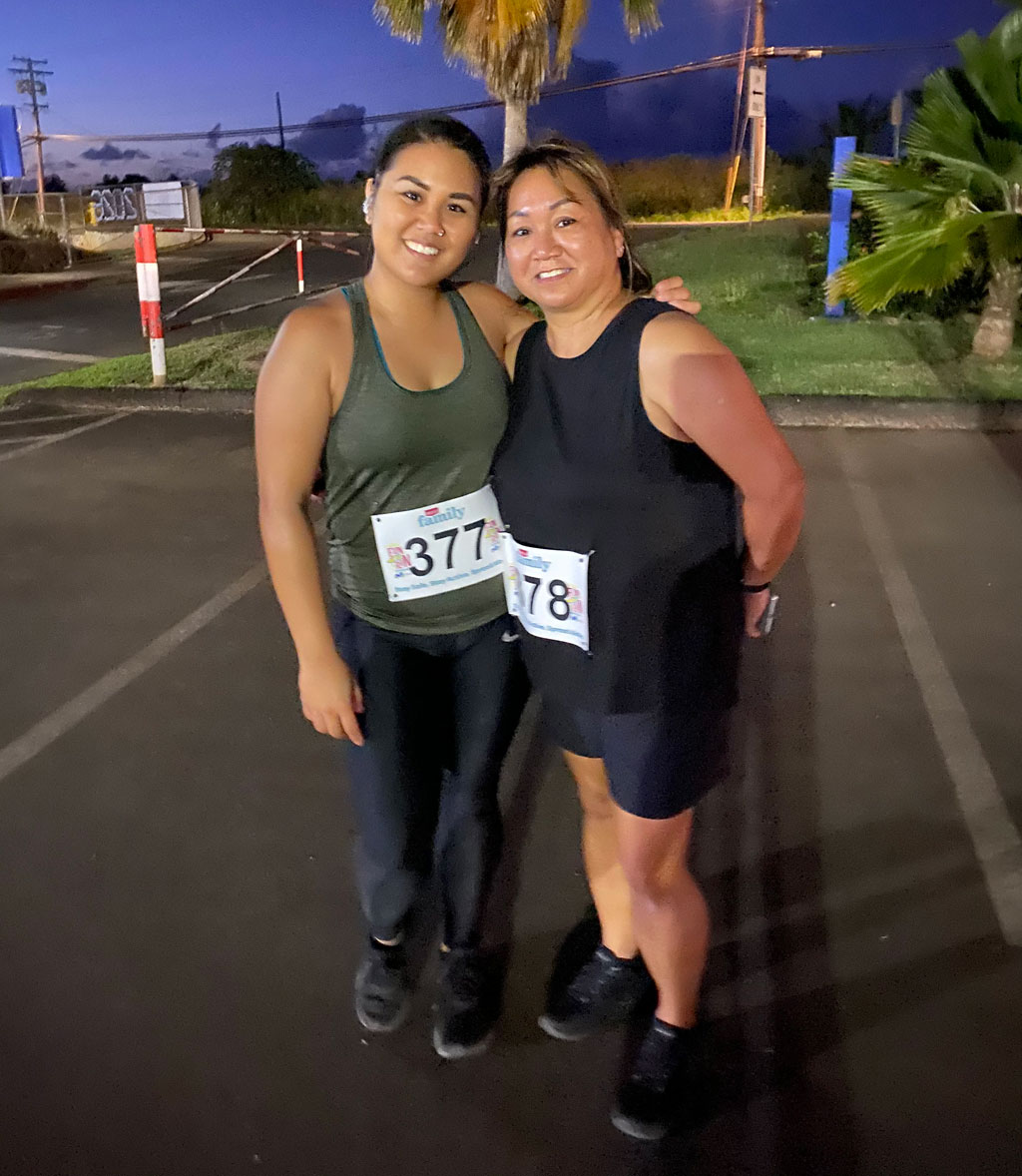 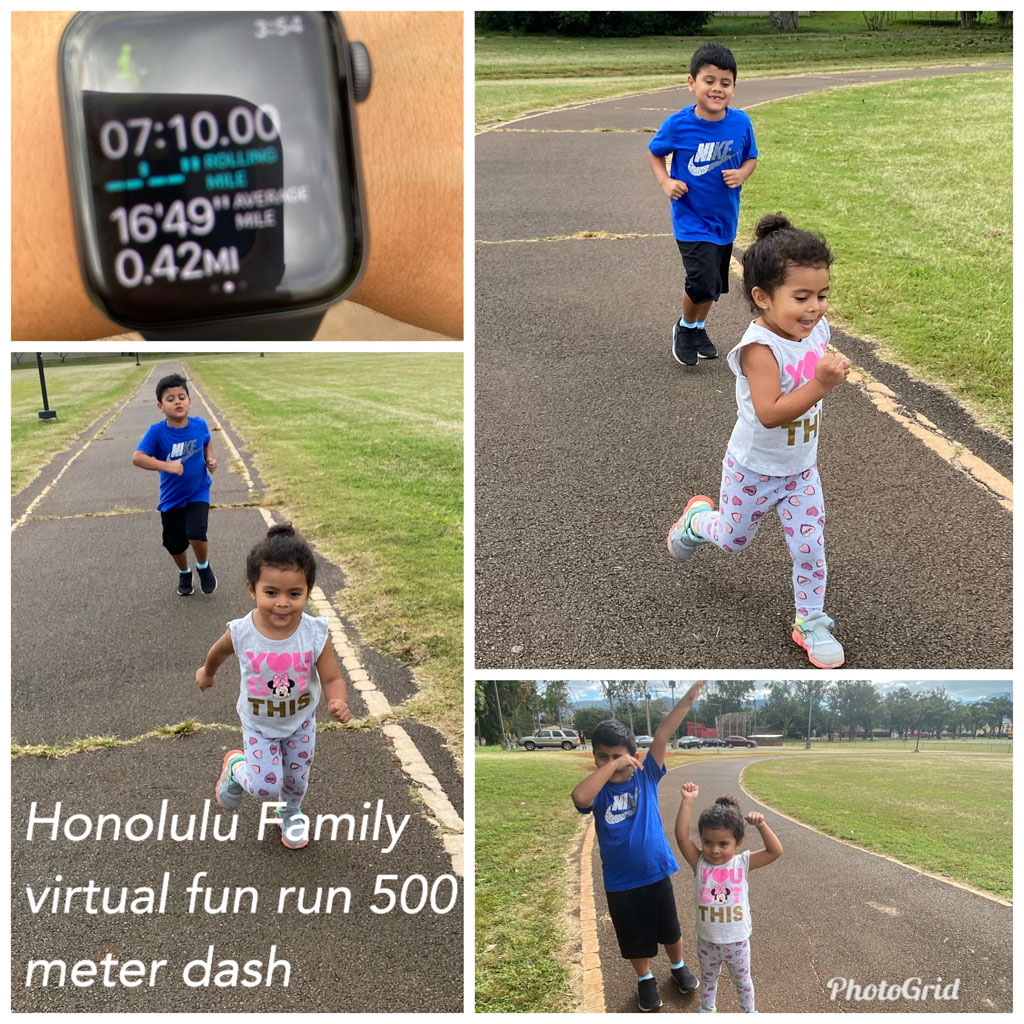 Photo: Courtesy of the Garcia Family

Camille, 3, and Gabriel, 6, dashed around a track to complete their 500 meters. The brother and sister loved competing against each other and are excited about receiving a medal, especially Camille, since this is her first fun run. 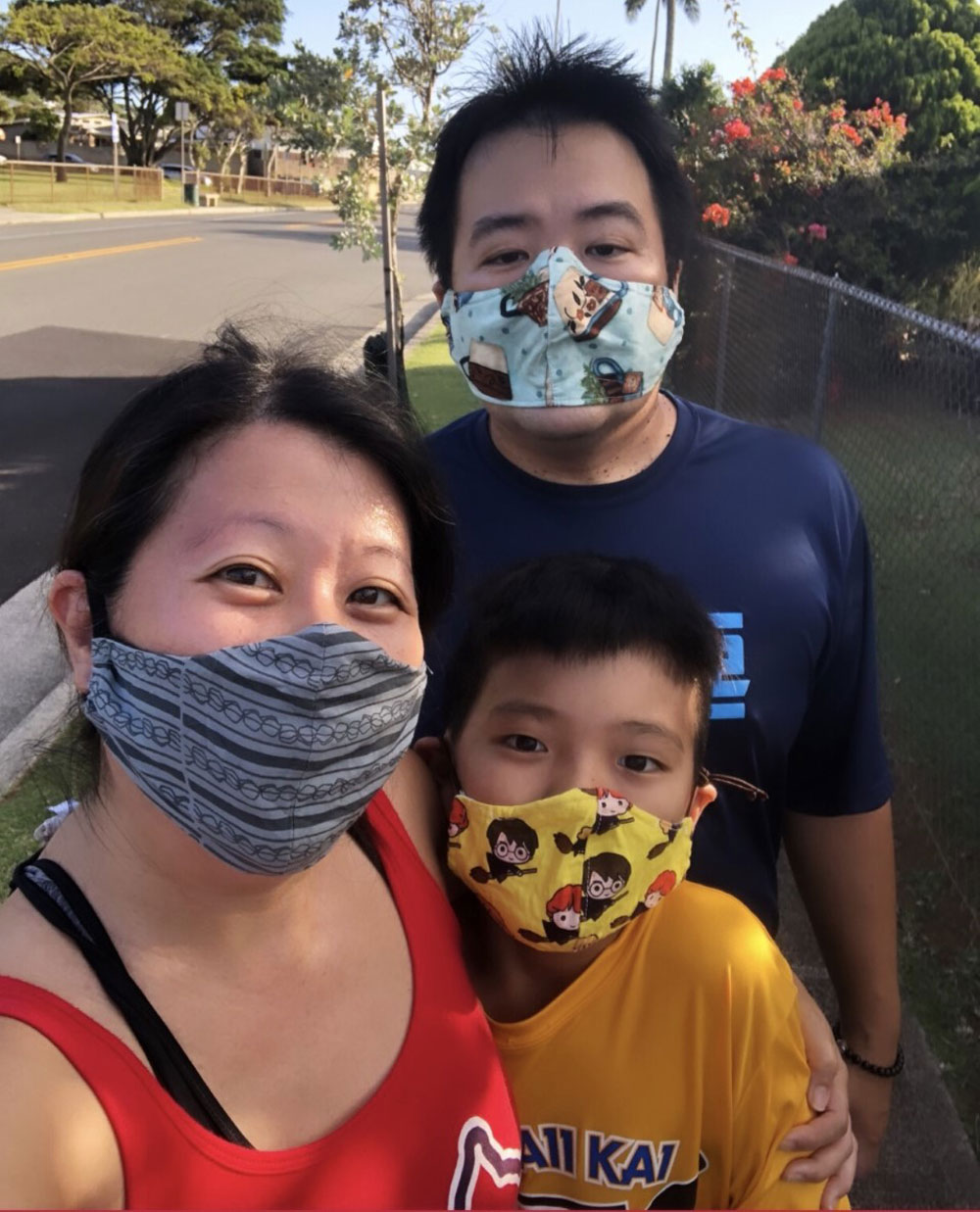 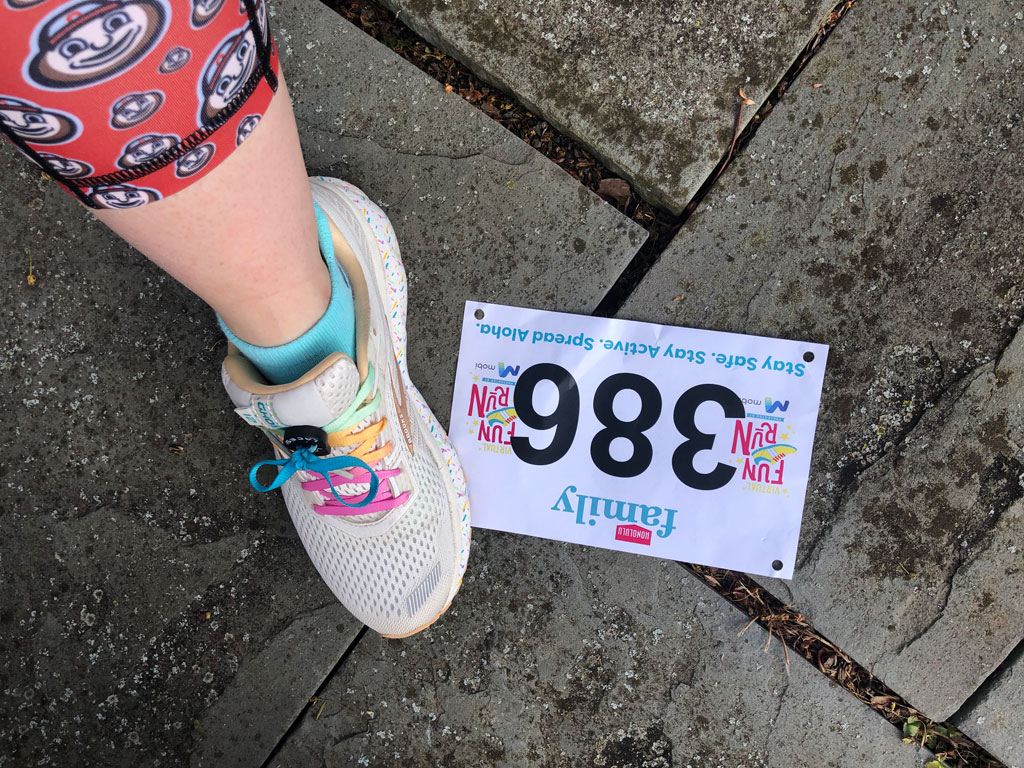 A glimpse of her running shoes (and a pair of Ohio State Buckeye leggings) and her fun run number are the focus of Emily Locher’s finisher photo. The Connecticut woman ran the 5k in 29 minutes and 37 seconds. She’s been doing several virtual races benefiting good causes in states she has visited. 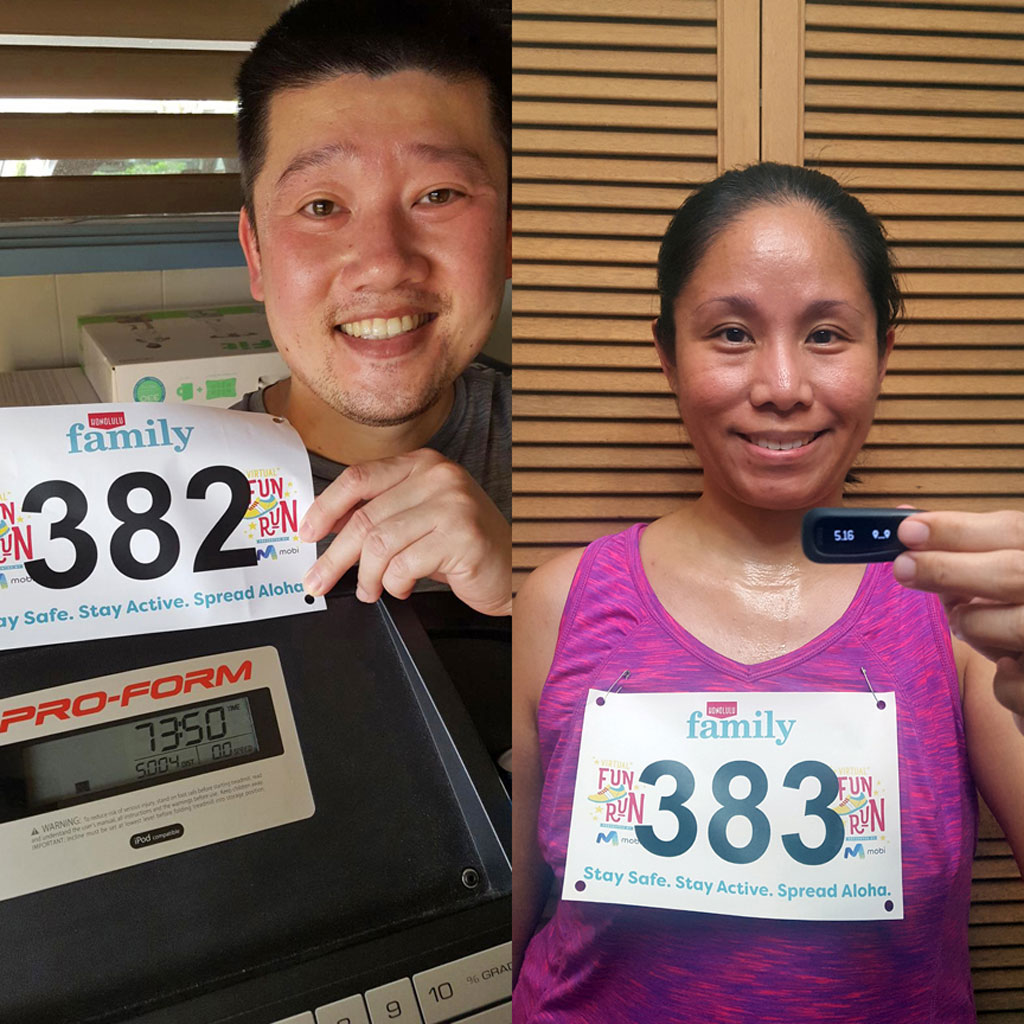 Kevin and Sheri Ching finished the 5K on their treadmill, running for about an hour or two on weekends as a break from their desk jobs. 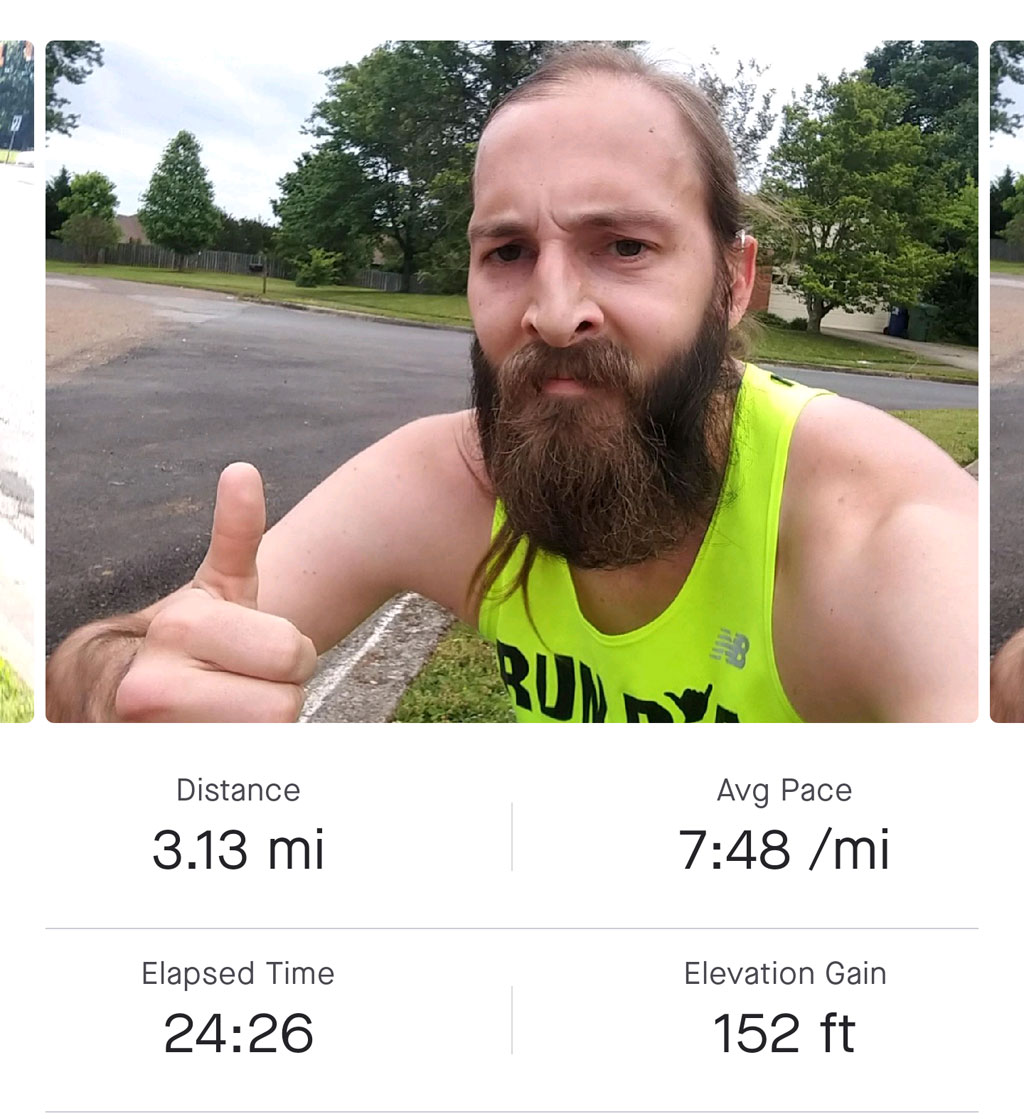 Matthew Jones visited O‘ahu every year since he was a kid. Since all his local races were canceled, he ran our 5k through his neighborhood in Alabama. He says the best part was being able to run a race again. “The challenge was definitely my knees. They don’t always agree with me.” 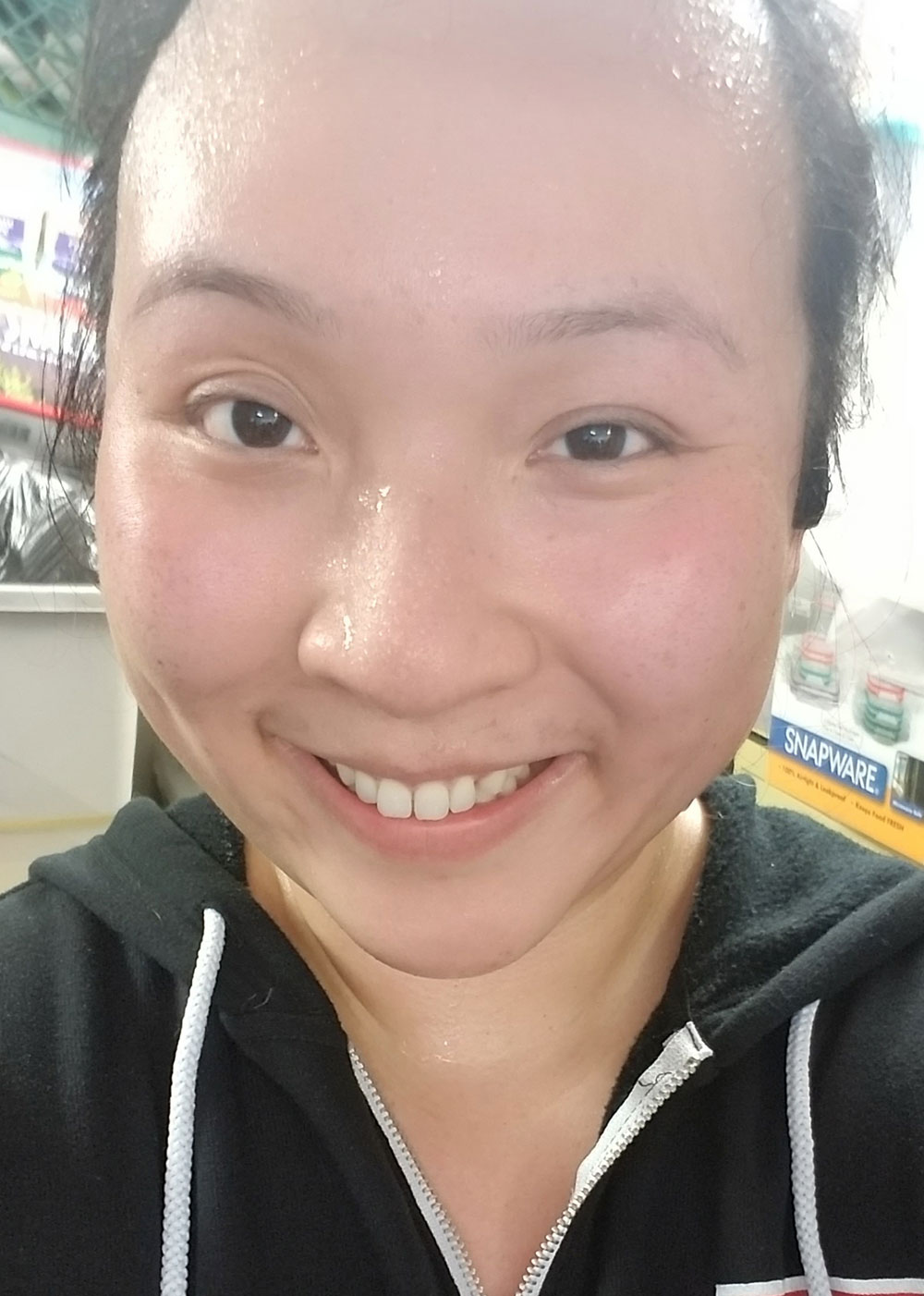 Tammy San is beginning to run again after a break. She finished her 5k on her treadmill. “The best part was my music playlist and being able to zone out everything.” 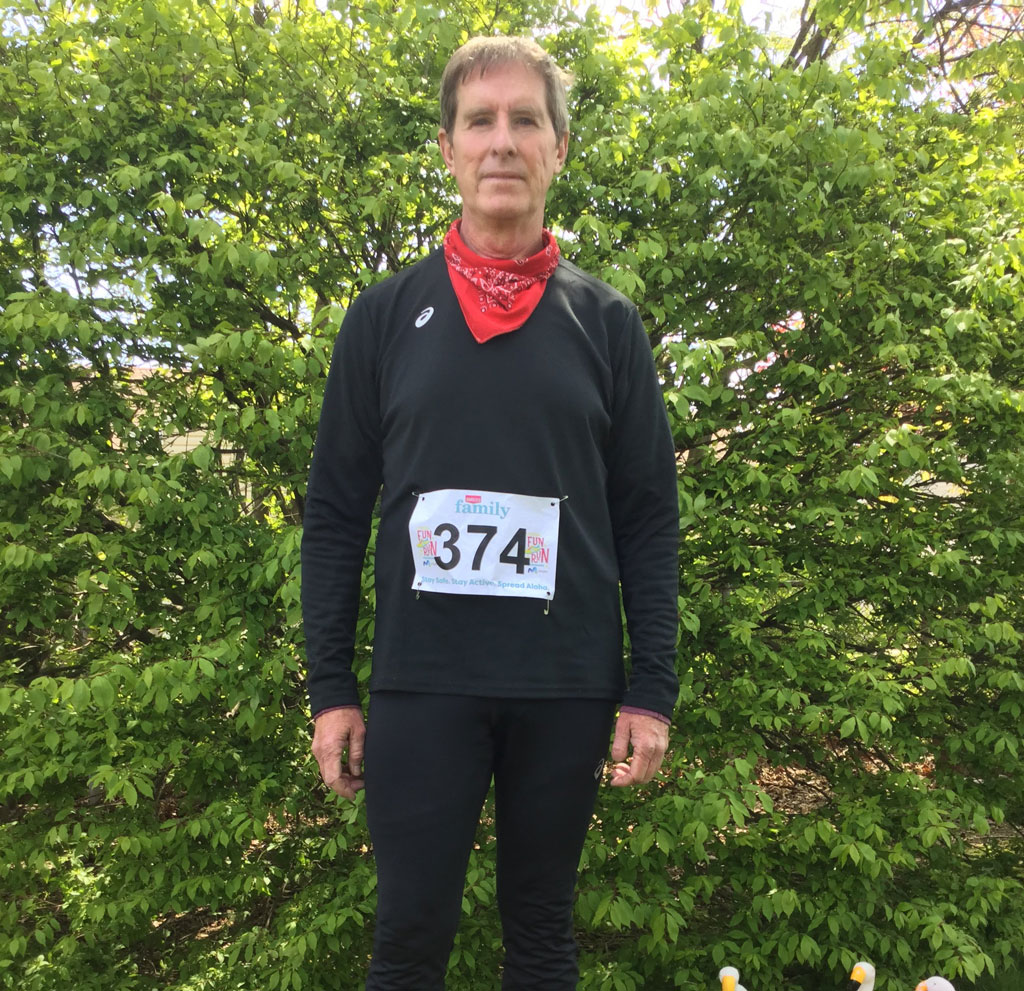 Brian Keogh in Massapequa, New York said it was great to have a reason, so it wasn’t just another Saturday run.