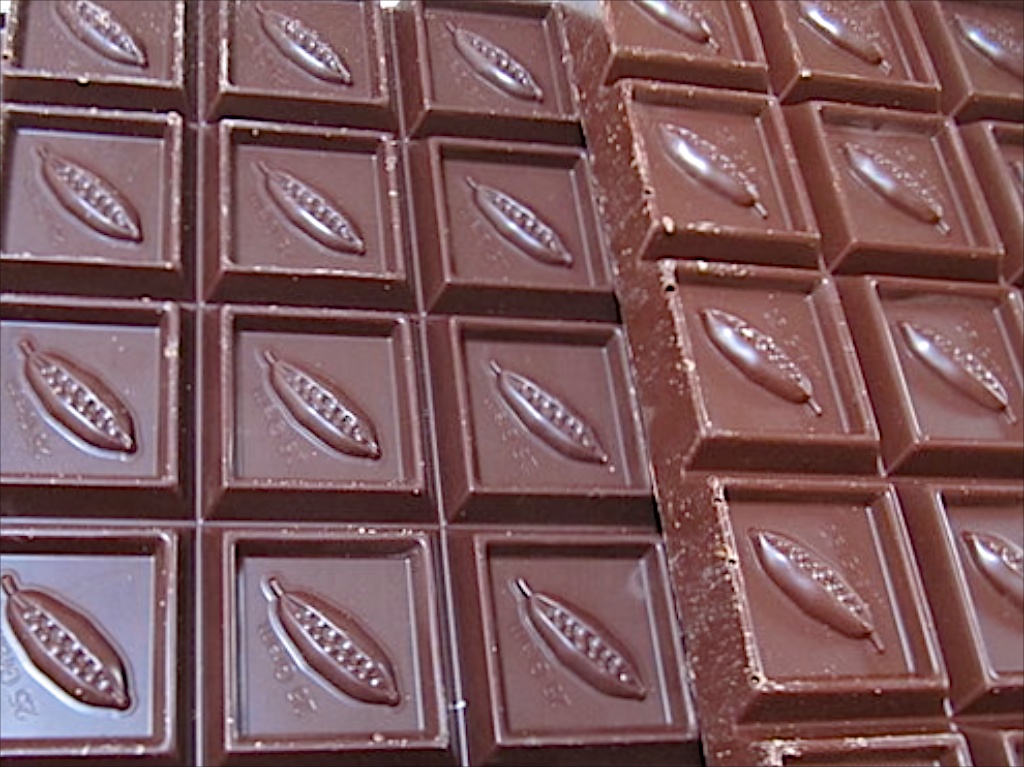 A few weeks ago, Melissa Chang visited a Waialua Estate cacao farm while doing a story about how an overgrown cacao orchard became one of the top single estate chocolates in the world. After her tour of the estate, she received a block of milk chocolate and a block of the dark 70 percent chocolate. Not knowing what to do with so much chocolate, she gave it to me to taste and cook with.

I’ll admit I was skeptical about how good this chocolate would be. I vividly recall trying to work with Hawaiian Vintage chocolate in the early part of the decade. It was temperamental and prone to separating, but most of all, it was ridiculously expensive. Right off the bat, my expectations for a locally grown chocolate weren’t high. But I had two blocks of chocolate that were given to me free, so I wanted to do something with them.

I tried the milk chocolate first and was pleasantly surprised. I broke off a small piece from the block and let it melt on my tongue. I found it smooth and creamy with hints of caramel and honey flavors. It wasn’t the best milk chocolate I’ve ever had, but it was still pretty good. Based on the inherent flavors of the chocolate, I decided to make peanut butter fudge. Not only would it be a good test of the flavor of the chocolate, but I would be able to see how the milk chocolates handles when melted.

As I prepared to make the fudge, the first problem I ran into was that I didn’t have the tempering points for the chocolate. I looked at the Waialua Estate site and even went to Blue Hawaii Lifestyle, which is one of the retailers that sells Waialua chocolate, to check the box. Neither had the temperatures, which are important for tempering and and working with chocolate.

For those of you who aren’t familiar with tempering chocolate, chocolate is an emulsion with two main parts — the cocoa solids (liquor) and the cocoa butter, which melt at different temperatures. In order to melt both components, you have to heat the chocolate to a point where the emulsion breaks. The tempering process involves heating the chocolate, cooling it quickly so the liquor and cocoa butter emulsify again, then warming it to a temperature you can work with it. All types and brands of chocolate have ideal temperatures for optimal flavor, appearance and texture. But with the Waialua chocolate, I had to guess what temperatures to temper it.

I started to make the fudge and decided to add some Ohia blossom honey to complement the honey flavor already in the chocolate. The honey also helped give the fudge a softer texture without adding too much sweetness. I finished the peanut butter fudge and allowed it to cool overnight.

The next day, I cut into the fudge and found that the peanut butter, honey and milk chocolate melded together nicely. As I hoped, the peanut butter complemented the caramel flavor in the milk chocolate. However, I felt a bit of grit on my tongue. The fudge retained most of the creaminess of the chocolate, but the grit left me feeling a little unfulfilled. Overall, I was pleased with the end result, but I feel it could have been better if I had known the proper temperatures to heat it. 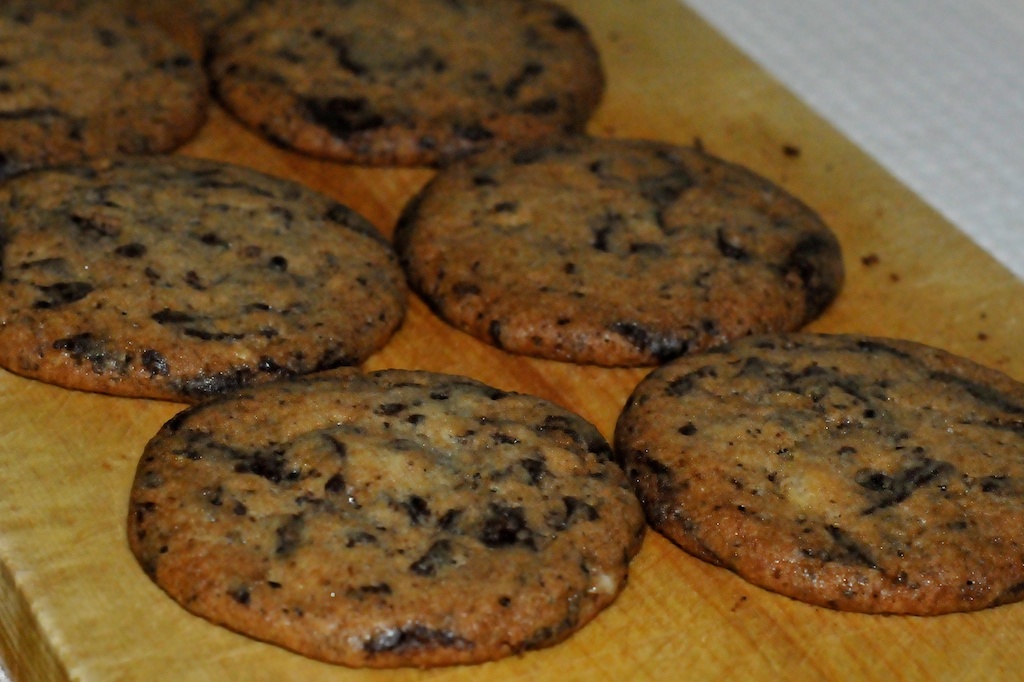 When it came to the dark block, there was no doubt I would make cookies. I had already tested how the milk chocolate handled melting and tempering. Now, I wanted to see how well this chocolate baked.

I chopped the dark chocolate into chips. Right off the bat, it didn’t cut like other chocolates. It was a lot softer than most other chocolates I’ve used before. Unlike other chocolates that break into shards, the Waialua block crumbled into chucks as my knife went through it, indicating that at some point in its production, moisture made it into the mix. Although this would not affect cookies, if I tried to melt this block, the chocolate would have seized, and could not be used in candy making at all.

What really amazed me about this chocolate was that while I chopped it into small chunks, I was treated to a wonderful aroma of roasted coffee beans. I immediately texted Melissa, and she reminded me that Waialua also grows coffee. This made me think that chances are that the chocolate and coffee are probably stored in the same warehouse. As such, it is entirely possible that the chocolate aquired some of the coffee flavors and aromas from their proximity during storage.

With my chocolate chopped and chilling in the freezer (see my Six tips for a better chocolate chip cookie), I started making the cookie dough. There was no problem mixing in the chocolate, but I noticed right away that the dark chocolate yielded a darker dough, which made me anxious about how the cookies would come out.

After resting the dough for several hours, I baked my first batch. A phenomenal aroma of cookies, chocolate and coffee filled the kitchen. Sure enough, when I removed the cookies from the oven, the chocolate had made them darker than usual. Due to the low amount of sugar in the chocolate, the cookies came out crispier than my usual batch, but a simple adjustment in temperature and baking time yielded a cookie with a crisp outer layer and a chewy center. The complex bittersweet chocolate, with its coffee, berries and even cherry flavors, featured prominently in the cookie. Upon my first bite, the intense chocolate almost caused me to pucker a bit before hints of strawberry flavor came in and trailed away to the sweetness of the cookie.

If I were an average chocolate consumer, Waialua Estates chocolate would be one of the best chocolates I had ever tasted. But as a pastry chef, I have to take other things into consideration, like how the chocolate handles and works in recipes. Overall, the Waialua chocolate bakes well and makes a damn good cookie. And in terms of flavor, the bars taste great. However, the failure to provide tempering information and the chocolate’s moisture means I probably wouldn’t use it for anything delicate like decorations, candy-making or mousses. Still, Waialua Estate has immense potential, and I look forward to seeing what they produce in the future.