Editor’s Page: Our Own History With Hawai‘i’s Oldest Restaurants

As a kid, I went for the tapioca. I didn’t discover the story until much later. 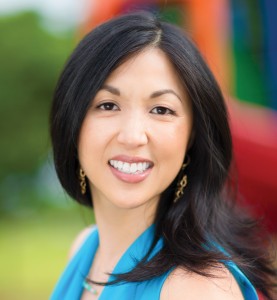 There are those places that you don’t remember in sharp repeat, but rather in the warm, soft edges of childhood memories. I always wanted candy and plastic-bubble-encased prizes from the machines near the door but my parents always said no. Dinner came on melamine plates. The highlight for my elementary school palate was the tapioca or chocolate pudding, the latter with a layer of thickened goodness on top of the smooth dessert below. That was Dots in Wahiawā.

It’s been years since I’ve been back. When we began researching Hawai‘i’s oldest restaurants, I gleefully told the mostly townie team about the Central O‘ahu landmark. Then I found out it was gone.

Dots’ history began in 1938, when the Harada family opened a roller rink called Wahiawā Amusement Center in what would become the restaurant’s parking lot. Newspaper articles say a few years later, the eldest of the seven kids, Marian, decided to add a drive-in and named it after her sister Dorothy. Dots Drive-Inn got rolling in 1940 with carhops and kept serving when World War II shut down the rink. Next was a nightclub, cocktail lounge and Marian’s Catering, named for that oldest sister. All of it survived decades of changes. Then, COVID-19 came and Dots quietly closed its doors—temporarily, it seemed, at first, then for good.

Restaurants like Dots help create and define communities. So, this month, we took the opportunity to talk story with those who have kept things going, and kept us full, for generations. As for Dots, the site where thousands came for sizzling platters and parties has become a new restaurant, Mango Street Grill. But Marian’s Catering is still operating and on its to-go menu, I spotted Dots’ hamburger steak—a comforting memory of “the next best place to home.”

Read all of these stories in the November issue of HONOLULU Magazine. Available on newsstands in October, or purchase the issue at shop.honolulumagazine.com. Subscribe to the print and digital editions now.