Cold soba with crunchy, salty, sweet, umami-rich toppings is a July special at this Chinatown eatery.

It’s been so hot recently. So hot that going out for a meal means persuading myself that it’ll be worth leaving the confines of my air-conditioned home. Enter the July special at O’Kim’s Korean Kitchen in Chinatown: bibimsoba ($18.95), a chilled green tea-infused soba mixed with toppings, some of them expected and some certainly not.

Seated at a table in the open-air patio behind the restaurant, I’m cautiously curious. I usually do not eat meals of cold noodles, as my bias tends toward hot dishes followed by a cold drink. For me, cold dishes in the summer usually mean ice cream or shave ice, including bingsu, Korean shave ice creations. 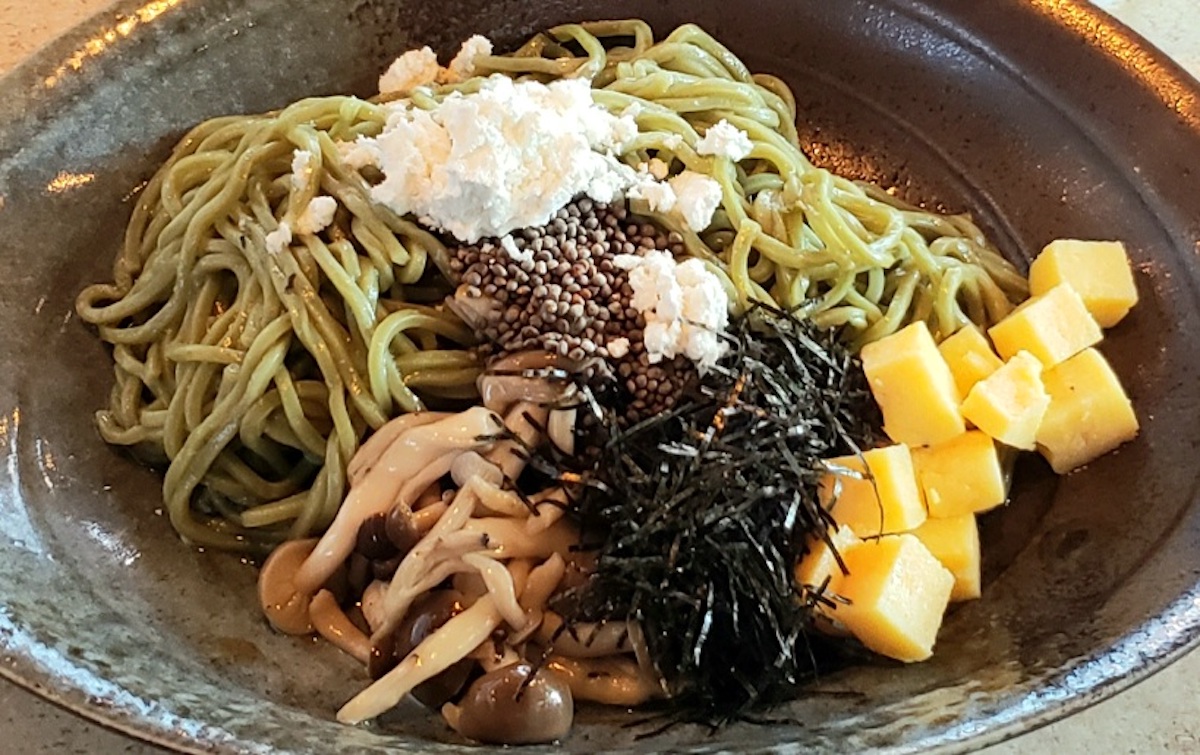 The bibimsoba is placed in front of me with accompaniments of a green salad and house-made kim chee. The overall composition is welcoming, like an invitation on a journey to somewhere new. A chilled plate holds a luxurious sprawl of green tea soba tossed in a light soy sauce dressing. Toppings include diced steamed egg, finely sliced seaweed, shimeji mushrooms, sesame seeds, and something white that looks like ricotta cheese but turns out to be much more alluring. Using a bit of molecular gastronomy magic, chef-owner Hyun Kim has transformed sesame oil into a white powder and sprinkled it over the dish.

Bibim means “mixed” in Korean, so I mix everything thoroughly. The sesame powder immediately disappears into the green sea of noodles and toppings, offering up a heady perfume. At first bite, the unmistakable fullness of umami fills my palate. With subsequent bites, I start to notice that every topping plays a different role in the experience. The egg (sweet), the seaweed (salty), the sesame seeds (crunchy), and the shimeji mushrooms (meaty) combine to achieve a refreshing balance. 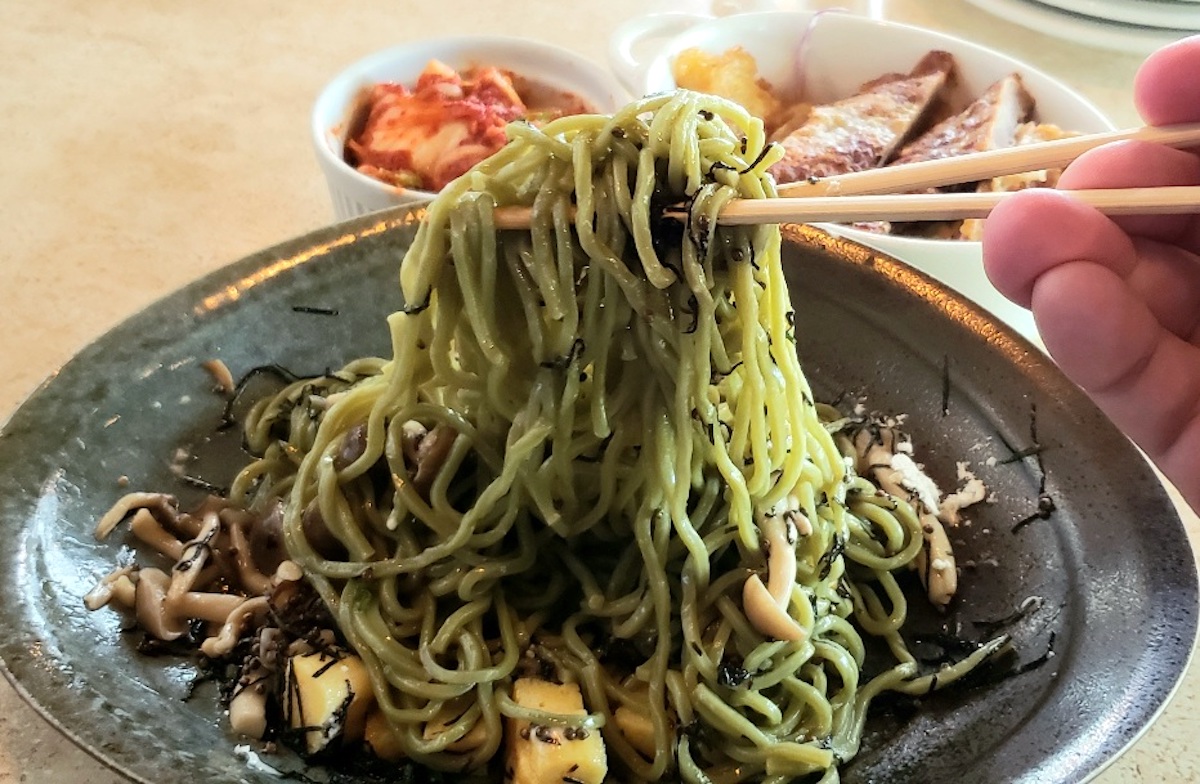 For those who require a bite of meat with their noodles, there is a also a version with meat jun ($24.95), also a July-only special.

And for those who are wondering if it was worth leaving my air-conditioned home for these chilled noodles on a shady patio in a Chinatown courtyard, it certainly was.