Clear the Smoke: How to Protect Your Children from Vaping in Hawai‘i

Vaping is an epidemic in Hawai‘i. As local experts address the problem, here’s how you can protect your children. 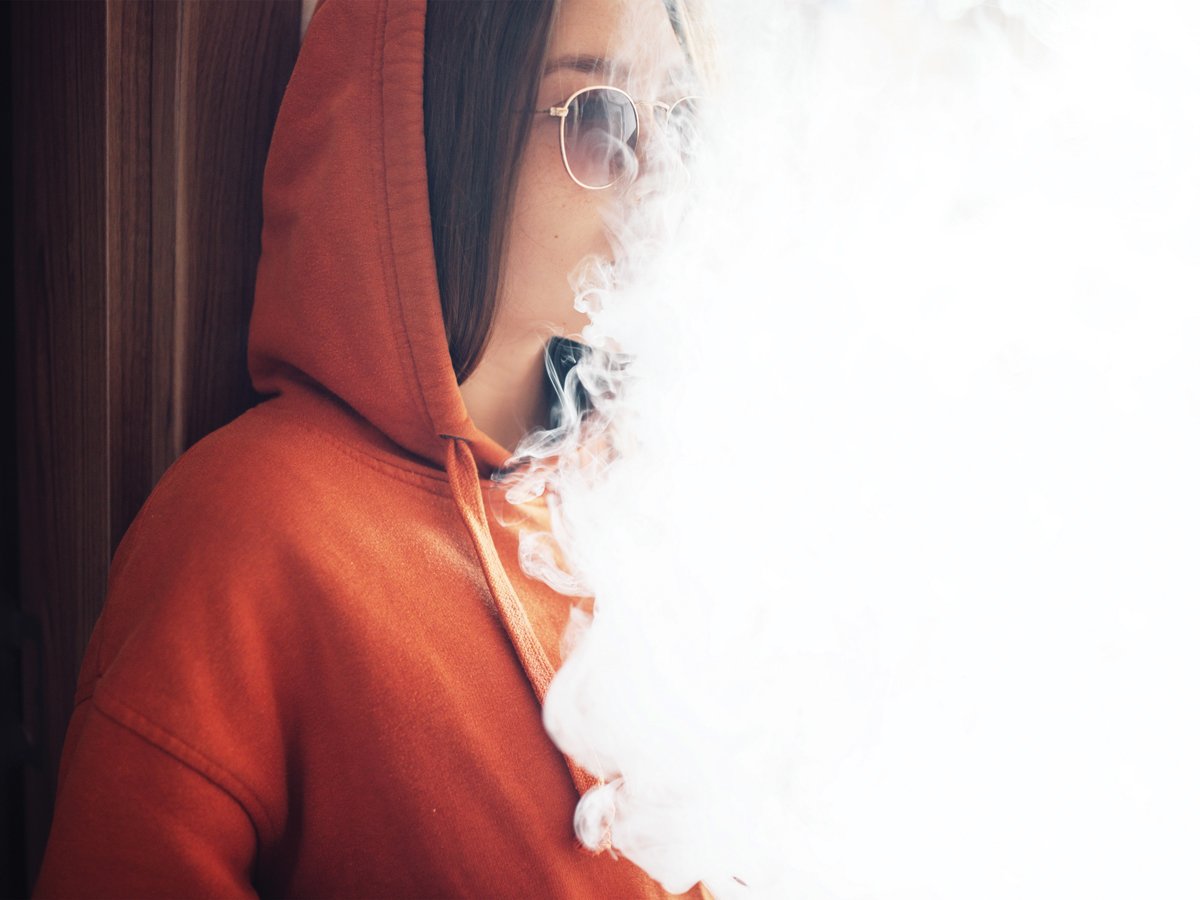 Dylan Catian, 18, who graduated from an east O‘ahu high school last June, still remembers the sweet scent of e-cigarette vapor that filled the boys bathrooms in between classes. “It smelled like a freshly opened candy shop,” recalls Catian, a youth council leader for the Hawai‘i Public Health Institute, who is starting his freshman year at a New York college this fall. “People were vaping in the stalls, openly in between classes, even with security standing outside the bathrooms.”

SEE ALSO: Why Kids in Hawaiʻi Vape and What You Can Do About It

“Vaping,”  or the use of electronic smoking devices, has become a nationwide epidemic among children and teens, according to the U.S. surgeon general. In Hawai‘i, 27% of middle school students and 42% of high school students say they have used e-cigarettes.

The numbers are rising—and skewing younger. So much that a cessation pilot program is scheduled to launch over the next year to help kids 13 and older stop vaping.

Scott Stensrud and his team at the health institute travel around the state to educate kids. The keiki he meets, he says, “are starving” for information about vaping.

“Two years ago, we weren’t getting calls to do presentations in elementary schools, and now we’re going into elementary schools,” says Stensrud, a state youth coordinator who visits as many as two campuses per day. “When we do these presentations, we ask, ‘How many of you know friends your age or younger who vape?’ Unfortunately, most of them raise their hands.” 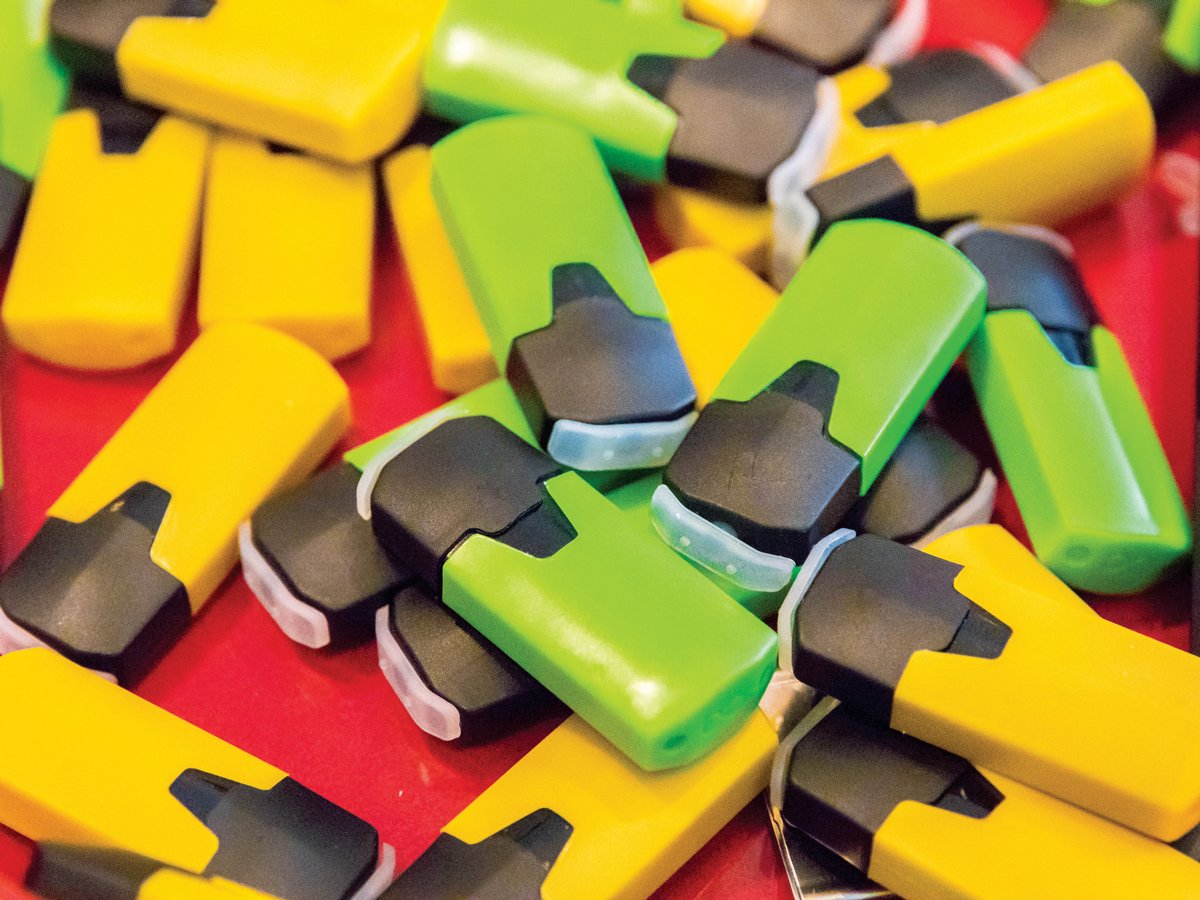 When kids talk about vaping, they’re referring to the use of electronic smoking devices, or ESDs. These also are known as e-cigarettes, e-cigs, mods, vape pens, tanks or e-hookahs. Another term for vaping is juuling, a nod to the popular e-cig brand JUUL.

The devices typically run on lithium batteries; they hold nicotine-filled liquid, aka vape juice or e-juice. When turned on, the liquid heats up and produces aerosol. 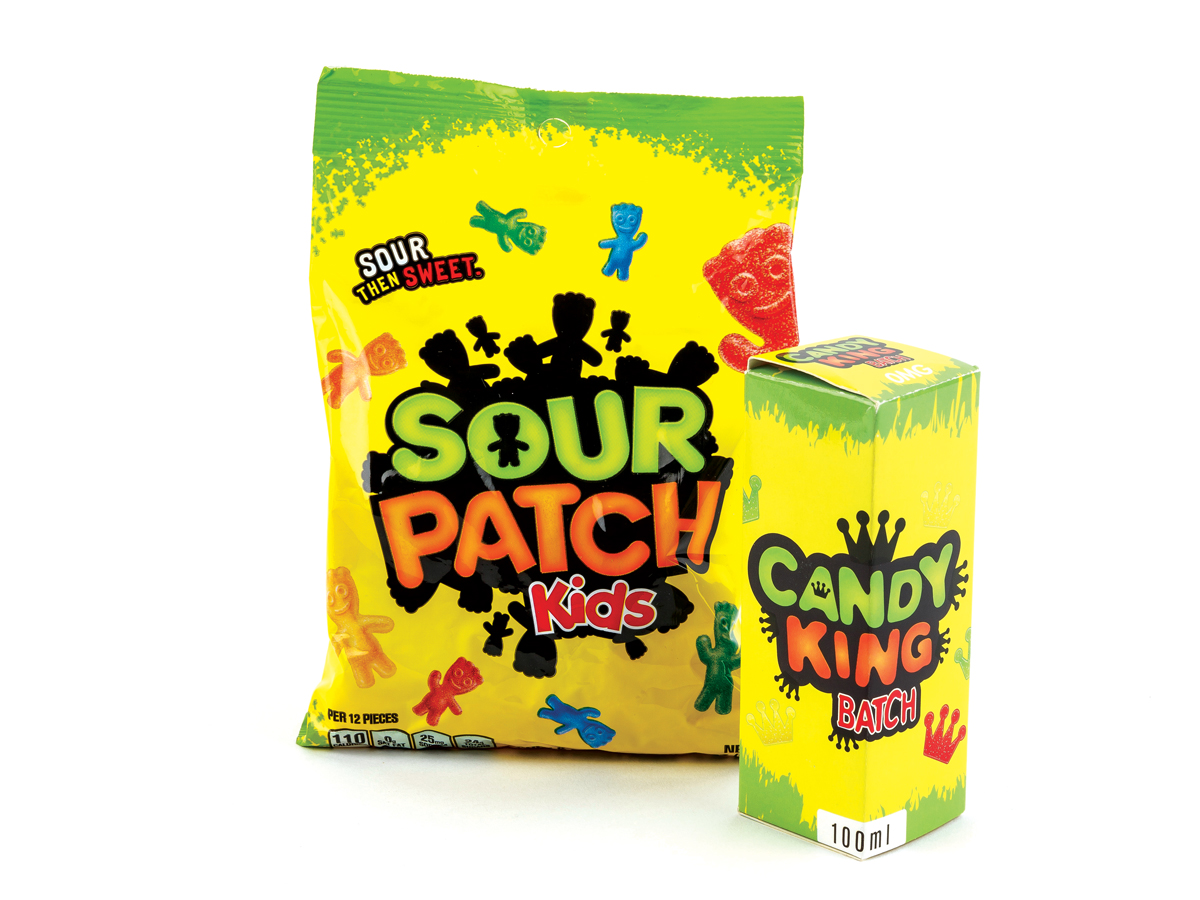 Which one is real candy, and which one is e-cigarette liquid? Photo: Aaron K. Yoshino

“If we didn’t have these flavors, if it was just tobacco flavors, kids wouldn’t vape,” Catian says. “What kid likes the taste of tobacco?”

The legal vaping age in Hawai‘i is 21, but underage kids easily get products from older friends and family members, and from local mom-and-pop stores that don’t check customer IDs. Teens also buy prepaid cash cards at chain grocery or drug stores, then use the cards online to buy vape supplies.

Last year, teachers at a Hawai‘i middle school confiscated supplies from an entrepreneurial 6th grader who ran a vaping business from his backpack. The youngest confiscation in a local school was from a second grader who brought a pod from home, according to sources interviewed for this story.

Once kids are drawn to the sweet flavors, they can get hooked to nicotine, a highly addictive drug that’s harmful to young brains. The human brain isn’t fully developed until age 25.

The company JUUL on its website says one pod contains as much nicotine as one pack of 20 regular-sized cigarettes, or 200 puffs. Nicotine isn’t the only harmful substance in the e-liquids. There are heavy metals, such as nickel and lead, and even diacetyl, a chemical linked to the respiratory disease “popcorn lung.”

“Because vaping devices are so new, we won’t know for decades what the impact of long-term vaping is on the human body,” says Forrest Batz, a retired pharmacist and health institute board member who is fighting the youth vape epidemic on the Big Island.

“Short-term, we’re already seeing impacts on the lungs, breathing system, heart and vessel of the circulatory system, signs of what we suspect will be long-term health damage.” 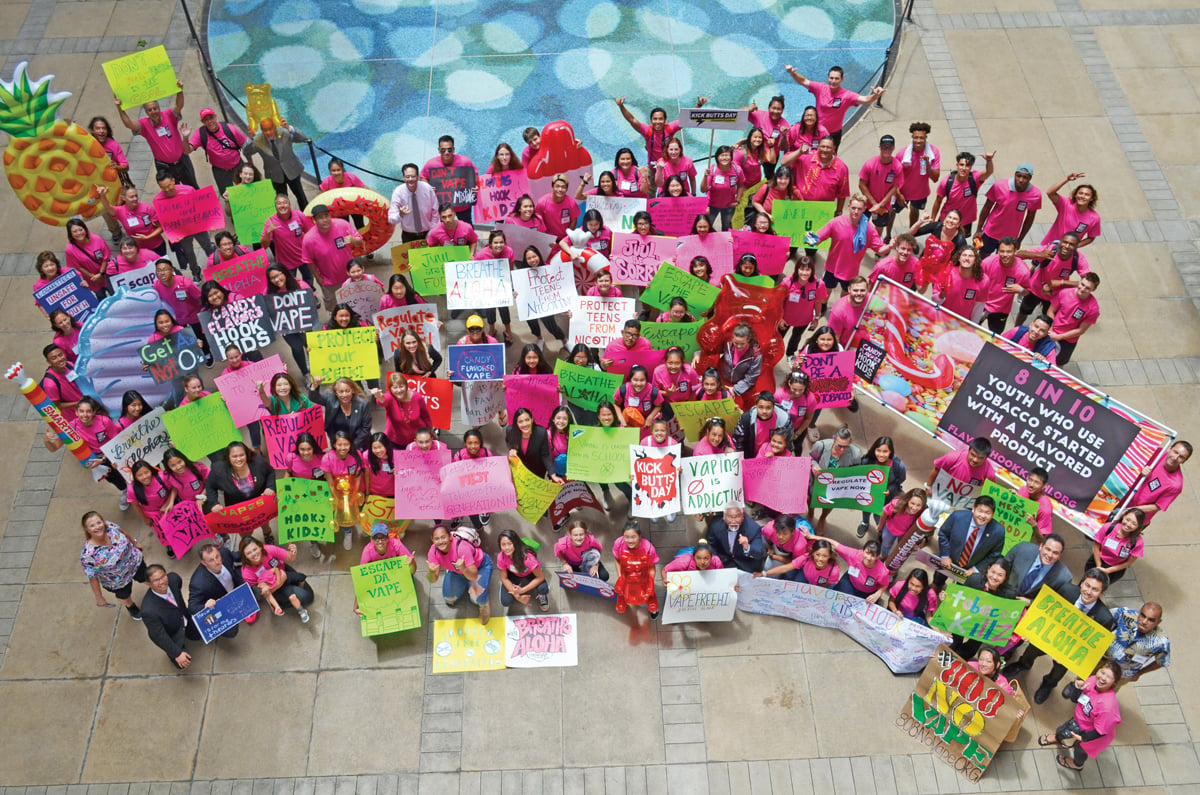 The highly addictive nature of nicotine, coupled with its effects on developing brains, limits the options for weaning Hawai‘i’s kids off vaping. Studies also show that kids who vape are four times more likely to smoke cigarettes later in life.

“There’s no safe level of nicotine for children,” Stensrud says. “They can’t use nicotine patches like they can for adults.”

That’s why the cessation pilot program for students ages 13 and older, will launch this school year in a few public schools. As part of the program, school counselors will be trained as  “tobacco cessation specialists” to work with students who are addicted to vaping. There will be daily check-ins through text messaging, social media campaigns, group therapy sessions, a 24/7 help line and the opportunity for teens to start new hobbies, such as sports.

The local program will mimic best practices from other start-up programs on the Mainland, including Washington D.C.-based nonprofit Truth Initiative. “We want to create a connective network across the U.S., to learn what works and what doesn’t at their respective schools,” Batz says. “We’re hopeful.”

How to Talk to Kids About Vaping

Be familiar with nicotine’s effects on the brain and body. Share what you know with your child, but don’t scare them.

Encourage dialogue with your child, not a one-sided lecture. Avoid being judgmental and critical.

Ask your child for an opinion when you both see someone vape in-person or in a video, when you pass by an e-cigarette shop or see an ad for vaping. Work it naturally into conversations instead of the dreaded, “we need to talk.”

Ask your child’s doctor about the health risks of e-cigarettes; invite trusted adults in your kid’s life to talk about vaping.

Have many conversations over time, in bits and pieces. If you suspect a child might be vaping, eventually the truth will unfold.

How Many Kids Vape?

1. You can’t explain that sweet smell.

E-liquid, or e-juice, comes in different flavors, including candy and desserts.

2. You discover an unusual-looking pen, sleek card or USB flash drive with holes at the ends.

These are electronic smoking devices, or ESDs.

3. The child is dehydrated.

A common side effect of vaping is thirst, due to ingredients in the e-liquids.

4. The child has mouth sores, smoker’s cough, dark circles under the eyes and nosebleeds.

All can be symptoms.