Cinema for the belly: What Hollywood lacks 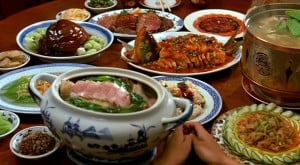 As another Hawaii International Film Festival approaches, I found myself revisiting a lot of my favorite food films.

About month ago, I realized that a majority of my favorite food films were either foreign or independent films.

Apart from 2007’s “Ratatouille” and “Julie & Julia” in 2009, I could not think of a recent food film that was a mainstream Hollywood production. This prompted me to wonder if Hollywood just wasn’t as passionate about food as their foreign or independent counterparts.

After mulling this over, I came to the conclusion that it isn’t that American cinema doesn’t love food, it’s just that in this reality TV age, documentaries like “Super Size Me,” “Fast Food Nation,” “Food Inc.” and “Somm” tend to receive more buzz over theatrical films about food. 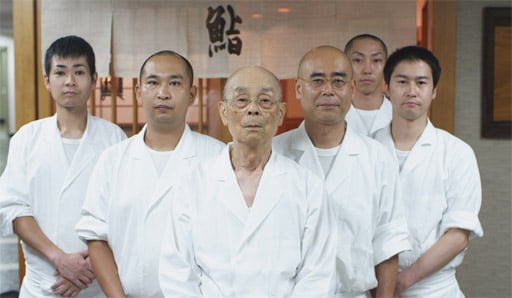 As much as I can relate to the subject matter of “Kings of Pastry,” “Ingredients Hawaii,” “The Fruit Hunters,” and “Jiro Dream of Sushi,” the documentary medium just doesn’t quite satisfy my inner cinefile.

Conversely however, my chef training makes me cringe when I see the horrid cooking technique actors display in films.

My sister feels the same way when watching dance films. Yet even in dance films, the actors go through rigorous training to prepare for their rolls. 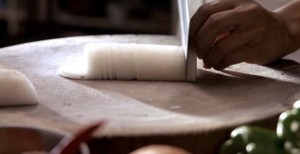 Actors often spend months going through strength and martial arts training for action films. I read that Samuel L. Jackson and Russell Crowe learned how to play musical instruments while preparing for film roles (although Crowe obviously could have used a few more singing lessons for “Les Misérables”). Yet as amazing as Meryl Streep’s performance was in “Julie & Julia”, I’m sorry, but what little cooking technique of hers they showed in the film sucked.

Why is culinary training for actors who play chefs not as vigorous and comprehensive as for those of action rolls?

When I evaluate food for a review, I ask myself the question, “Is what I’m eating better or worse than something I could cook.” I apply the same theory to any food film that I’m watching: “Are the cooking skills displayed on screen better or worse than my own technique.” If all you’ve seen are Hollywood films, then you may think that I’m being unreasonable, but take a look at the film “Eat Drink Man Woman” and you’ll see that I am not.

Although stand-ins are clearly used to produce the 100+ recipes shown in the film, the actors were coached by the film’s food consultant, Lin Huei-Yi, to make the choreography between the stand-in chefs and the actors as seamless as possible.

“Eat Drink Man Woman” is an example of director (Ang Lee) taking the time, and more importantly the money, to make sure that just as much attention is paid to the food as are the actors. Almost all my favorite food films share this characteristic, and it’s something I feel a lot of Hollywood films are lacking. 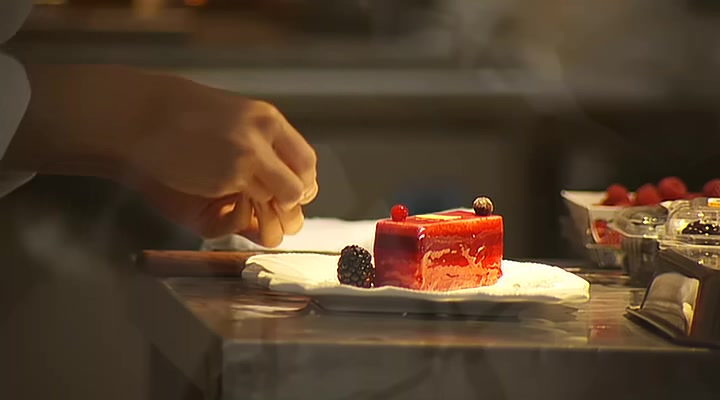 Although poor cooking technique can be a distraction for me, it’s more often the missed or forgotten details that ruin a film for me.

Far too often, the food industry as a whole is treated as an afterthought by Hollywood. If you missed the first 20 minutes of “My Best Friend’s Wedding,” you would not know that Julia Robert’s character is a food critic. It’s shown briefly at the start of the film and is not mentioned again. It is there to establish that she and her best friend met because they are both journalists, but she could just have easily been a political reporter or cartoonist for that matter. Her job was rendered irrelevant to the plot as soon as she found out about the wedding. 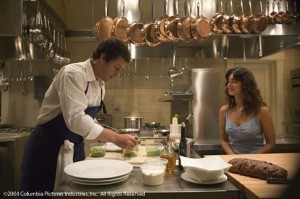 Sometimes it’s the background details that can ruin the suspension of disbelief. In the Adam Sandler film, “Spanglish,” I could not get over how immaculately clean Sandler’s restaurant kitchen was. All produce was so perfectly packed away in (new and unscratched) plastic containers that it looked like a page out of a Cambro catalog.

The world Sandler inhabited seemed artificial and sterile, whereas the kitchen in “Eat Drink Man Woman” had nicked knives hanging on the wall, chipped cutting boards and carbon crusted cookware, or like in the Japanese film “Patisserie Coin de Rue,” a container of Boiron fruit puree that had me completely immersed in the film.

It’s all about the food 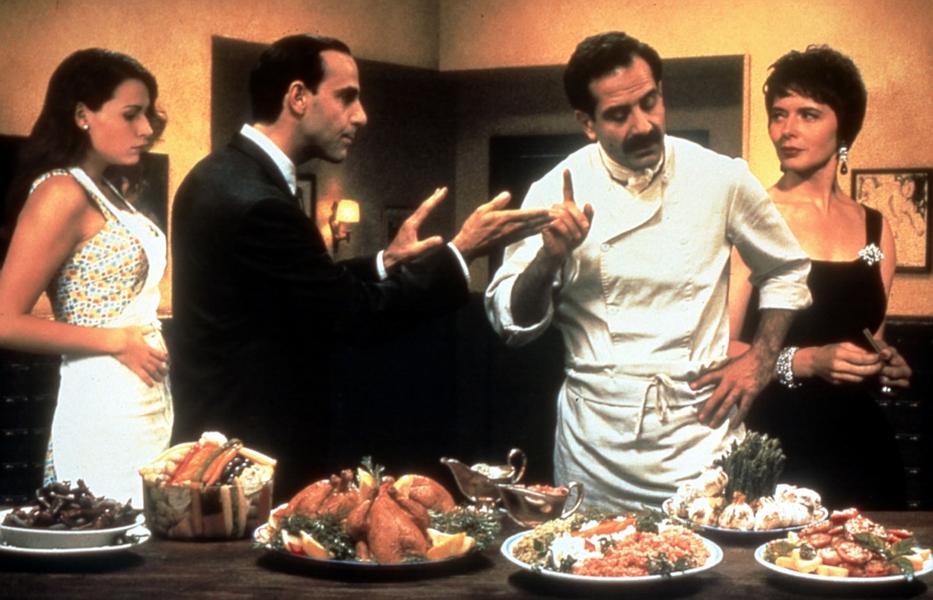 No, I’m not saying Hollywood hasn’t produced some great food films. “Big Night” staring Tony Shalhoub and Stanly Tucci was probably one of the best food films ever made.

There’s also a lot of buzz circulating around Jon Favreau’s film, “Chef,” slated for a 2014 release. The film about a chef who loses his job and starts a food truck features an all-star cast that includes Scarlett Johansson, Robert Downey Jr. and Dustin Hoffman. However, we’ll have to wait and see as to whether or not Favreau succeeds in creating a good food film.

Basically, it all comes down to getting the food right. If the food is not right, then the film itself has no heart. You have to put love into the food that you cook, and the same applies to any film about food.