We asked people around town what they’re reading, watching and doing to give us new ideas for filling our extra “me time.” This week, we spoke with Barett Hoover, general manager of Chamber Music Hawai‘i. 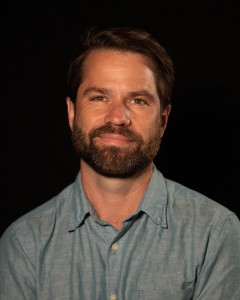 I love to cook, but I’m a creature of habit and often end up cooking the same things or sticking with ingredients I’m familiar with. I have also (wrongly!) looked down on relying on cookbooks for meals except as a source of inspiration. That all changed when I found Jerusalem: A Cookbook by Yotam Ottolenghi and Sami Tamimi. I have been tearing through this book and have not found one bad recipe! It is full of traditional dishes and new recipes inspired by the many cultural influences of this amazing city.

I wouldn’t say that I’ve had more time on my hands thanks to COVID, but I am finding much more free time in the evenings that would normally be spent at concerts, plays or with friends. I have no idea what we would do without Netflix, Hulu, HBO, etc. I have always loved watching political dramas and thrillers more than actual politics, but I somehow missed The West Wing when it first aired. Of course, Aaron Sorkin’s writing and the acting is all brilliant, but it’s also great to see a relatively well-functioning White House when everything in national politics seems to be in such disarray these days.

While live concerts have been shut down since March, many performing arts organizations have been busier than ever trying to find new ways to engage with our audiences. We’re also becoming more adept at producing for digital platforms and video. Chamber Music Hawai‘i recently streamed the second in our CMH Digital series with a show of holiday favorites. We juxtaposed Christmas classics such as “Winter Wonderland” and “Frosty the Snowman” with the warm settings of Hawai‘i, including the sweeping valley views at Kualoa Ranch and the charming Christmas decorations at The Kāhala Hotel & Resort. Our next livestream performance scheduled for mid-February will be a celebration of Queen Lili‘uokalani’s songs performed by the Galliard String Quartet. While it will never take the place of live music, it’s great to have new digital offerings to share with audiences all over the world through our revamped YouTube channel.

I desperately miss live music, and the instrument I’ve played off and on for most of my life—the tenor saxophone—loses some appeal to me when played alone (and in a small apartment). When COVID first forced everyone indoors, I decided that piano would be my quarantine activity of choice. I bought a digital piano, and a few months later actually started playing it! I studied classical piano briefly a few years ago, but I went back to my jazz roots this time and have been learning theory and improvisation from an excellent local pianist.

I’ve been amazed at how little I actually know about our own species while reading Yuval Noah Harari’s Sapiens. His theory that we were the major cause of extinction of the earth’s megafauna (woolly mammoths, giant sloths, etc.) should come as no surprise given our recent history, but I had no idea that we shared the planet with Neanderthals, Homo erectus and other now-extinct human species. Harari’s study of human history is a surprisingly easy and enjoyable read.