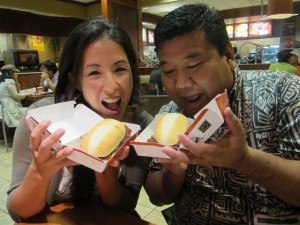 Believe it or not, I’ve never had the McRib sandwich from McDonald’s.

It’s been on the fast-food giant’s menu off and on since 1981 — and every time it’s made an appearance, I’ve never been that interested in trying it.

And my interest didn’t grow when news surfaced about what’s exactly in the barbecue sauce-slathered pork patty.

According to recent news reports — including this one in the Huffington Post — whatever makes up that boneless “rib” patty is questionable. Media has reported that the pork bits that make up the meat include such things as tripe, heart and scalded stomach, not to mention the additives used as the stuff that keeps yoga mats springy and shoe soles white.

Then there’s the allegation about Smithfield Farms, the large pig producer that supplies pork for McDonald’s limited-edition McRib sandwich, and its inhumane treatment of its pigs.

So I didn’t get the nationwide fascination.

People drive miles — even to other states — just for these pork sandwiches. And I know people — including Twitter pal Ricky Li (@rickyli99) — who love love love this sandwich.

So I had to try it for myself.

Witness my first bite of the famous — or infamous — McRib sandwich: