It starts Sunday, Oct. 25, when you’ll have three hours to get smoked tako-chorizo gyoza and other grilled goodness. 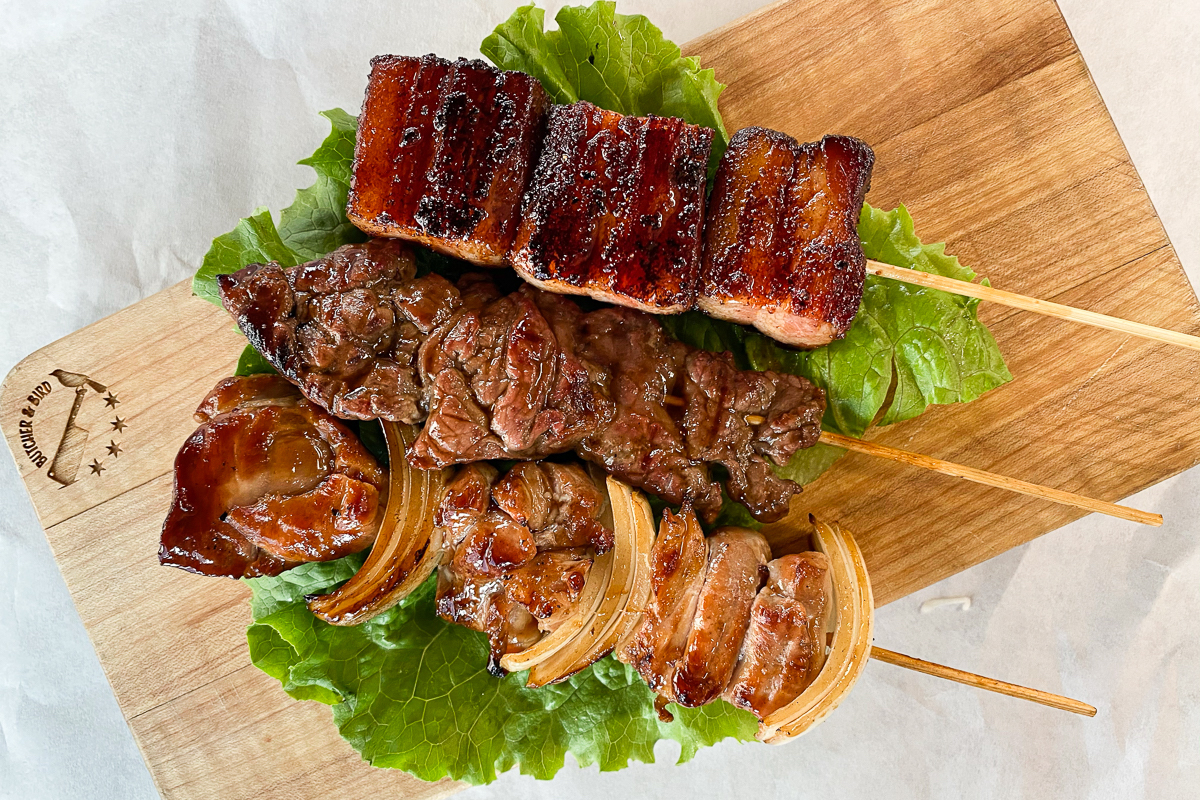 I am so torn when it comes to deciding what I love more: the casualness of smoky Texas-style barbecue with a craft beer, or a succession of small plates and shochu in a cozy izakaya. If I could find a seat between the two worlds, I wouldn’t leave.

Enter Butcher & Bird. The Kaka‘ako butcher shop and eatery is hosting BBQzakaya, a pop-up this Sunday, Oct. 25, from 4 to 7 p.m. An early menu scrawled on butcher paper lists wafu brisket, smoked tako-chorizo gyoza, six kinds of yakitori skewers and other bites of grilled and smoky goodness. 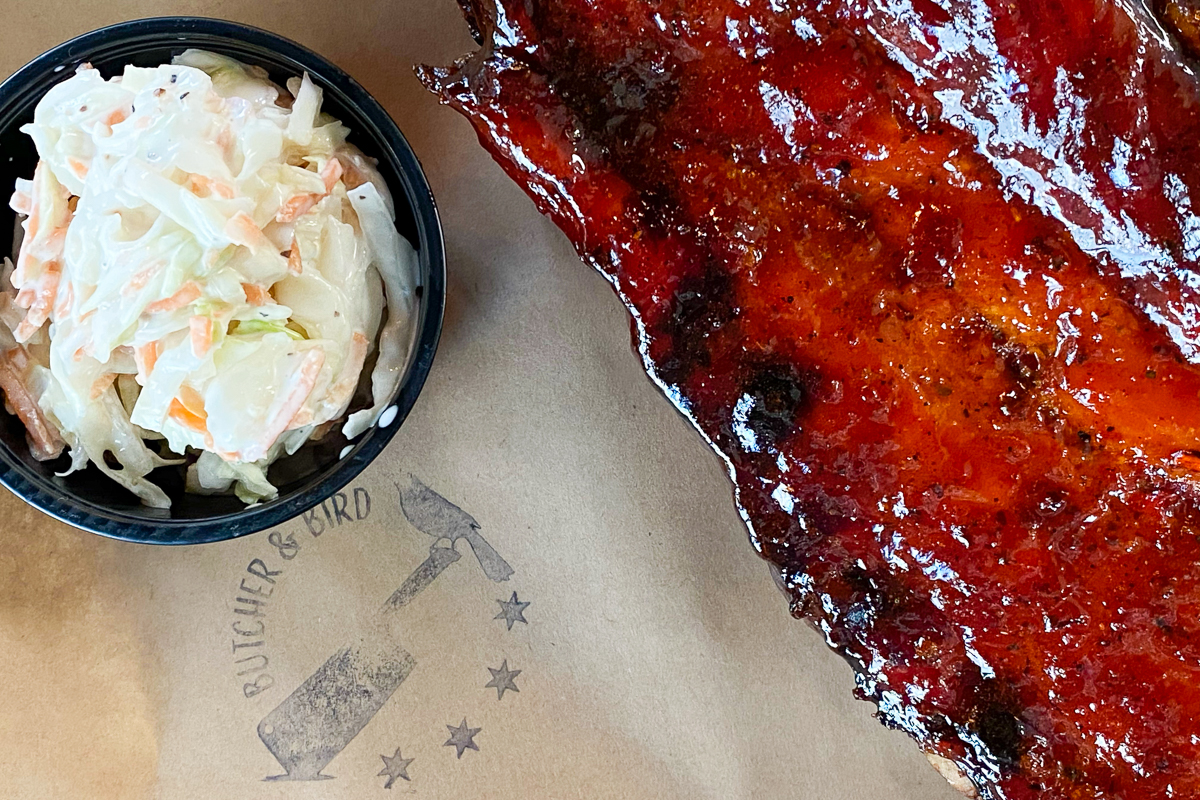 BBQzakaya is the first pop-up of a new series called 2 Burners and a 24. The name is a play on the two gas burners and 24-inch flattop that constitute Butcher & Bird’s cooking setup. Charles Wakeman, the butcher, says his goal is to give furloughed and underemployed chefs the experience of working in a tiny kitchen to broaden their options—who knows? They might work in a food truck someday, or a 500-square-foot micro restaurant. Upcoming pop-ups will feature Neale Asato of the popular sherbert-serving Asato Family Shop and David Lukela of Alohilani Resort.

There are no reservations for Sunday’s event; seating is on a first-come, first-served basis and is limited to 20 people. There’s also no prix fixe menu: You order a la carte at the counter. BYOB is encouraged, and takeout is always an option. I don’t know of any shochu bar nearby, but you can take your BBQzakaya purchases over to the nearby Village Bottle Shop to enjoy with a good craft beer or two.