An interview with brewmaster George Reisch 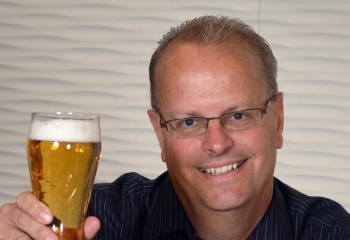 Brewmaster George Reisch literally grew up around beer. A fifth-generation brewmaster, Reisch’s family operated the Reisch Brewing Co. for 117 years. During his career, he worked for Schlitz and Miller before finally finding a home at Anheuser-Busch.

With a brewing pedigree like that, there’s no one better than Reisch to talk about the beers featured at the Hawai‘i Food & Wine Festival.

“You can’t have beer without food, it’s impossible,” says Reisch, citing a study by the Japanese brewing company, Suntori, which showed that a compound in the cereal grain used to make beer stimulates the appetite.

Pairing beer with food seems blatantly obvious, particularly with the popularity of brewpubs and gastropubs. And because more people are starting to cook with beer, Reisch collects recipes like the one below, which he gladly shares with anyone willing to experiment.

You can read the rest of my interview with George Reisch at hawaiifoodandwinefestival.com