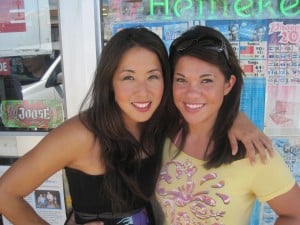 She may be teeny-tiny, but KITV4‘s Amber-Lynn Hyden loves to eat. And yes, she can put food away!

Despite popular belief when the cameras are off, she isn’t out in the ocean calling it work. Amber-Lynn is also a feature reporter manning the Hawaii Going Green beat. Though most know her for being a surf and yoga enthusiast, she’s really a “foodie” at heart and says in a former life she, too, was an Iron Chef

Hyden can’t miss hitting Storto’s Deli while on the North Shore. It’s one of her favorite places to grab a quick sandwich on the go.