A double encounter with death! 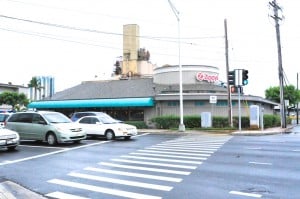 By now, many of you have seen my interview on the local news about almost being struck by lightning on Thursday night. For those of you who don’t the story, it began at the Gubernatorial Inaugural Gala at the Hilton Hawaiian Village. I was there covering the event with the rest of the Abercrombie social media team. After the event, we were all at Wailana Coffee House getting a bite to eat when we noticed reports on Twitter and Facebook talking about how bad the weather was getting around the island. It was still clear in Waikiki, but we decided to head out. As we walked back to the Hilton, we could see lightning in the distance.

I was getting a ride home from Don Aweau. We were stopped at the traffic light by the Nimitz Zippy’s when two flashes of bright blue light appeared on the left side of the car. I could hear an electrical buzz and popping sound, then all the power in the car went out for a few seconds. Just as the power came back on in the car, all the power in the area went out. Don asked me what happened, then noticed that all the hairs on my arms were standing up. I said we were just struck by lightning. As we drove off, I rubbed my jaw and asked Don if the fillings in his teeth hurt. He said, “Yes.” I also had a metallic taste in my mouth until late the next day.

Unfortunately, that was not the end of our adventure. As we traveled down the Nimitz viaduct being pelted by rain and strong winds, a giant piece of plastic about the size of a Porta-Potty (it was possibly a road sign, but I can’t be sure because it happened so fast) came barreling toward us. Don swerved to avoid it, but it hit the right side of the bumper, then flew off to the side. I distinctly remember seeing it fly up over the windshield. I then looked out my window and saw it spinning away. 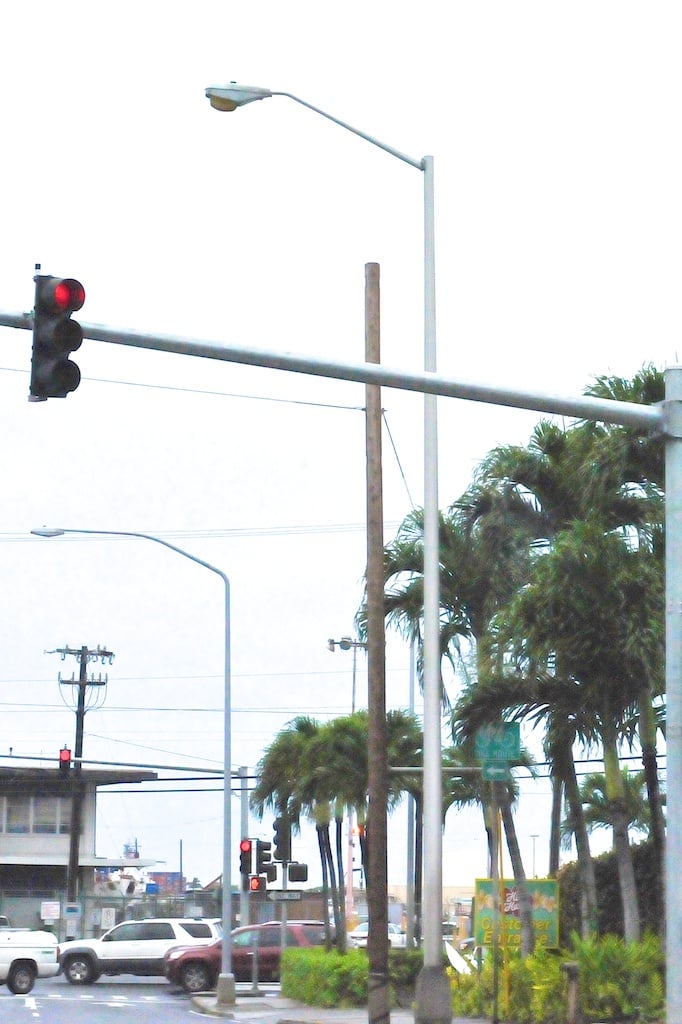 Unlike others who have had near-death experiences, I didn’t wake up the next day feeling lucky or with a new outlook on life. To be honest, I didn’t really think about it until I checked my Twitter stream from the night before. I don’t recall doing it, but somehow I had managed to tweet out that Don and I were struck by lighting, which had sparked an entire conversation with people sending tweets hoping that we got home safe.

A tweet and phone call from Hawaii News Now reporter Ben Gutierrez brought me back to the site of the lightning strike. As I stood on the corner of Nimitz Highway and Pacific Streets, a burnt smell still lingered in the air. I looked around to see if I could find the spot where the lightning hit. Nothing on the ground showed any indication of what had happened at 11:30 the night before.

I remembered that the blue light came from the left. Looking up, all the electrical power lines were intact. Then I saw that the street lamp next to the Hilo Hattie sign was burned, which makes sense because it was the highest metal object in the area. Although I can never be 100 percent sure, I’m pretty sure that the street lamp was probably struck by lightning.

Seeing how close the street lamp was to the intersection (less than 10 yards) really put into perspective how close Don and I came to death. Googling the effects of being struck by lightning revealed that even in a car with the windows rolled up, chances of survival from a direct strike are not very high. After I told Melissa Chang the story, she remarked that being struck by lightning increases your chances of being struck again… Gee thanks for the comforting thought! Preferring to always look on the bright side, I have at least come away from this with a great story to tell.