A buzz about bees 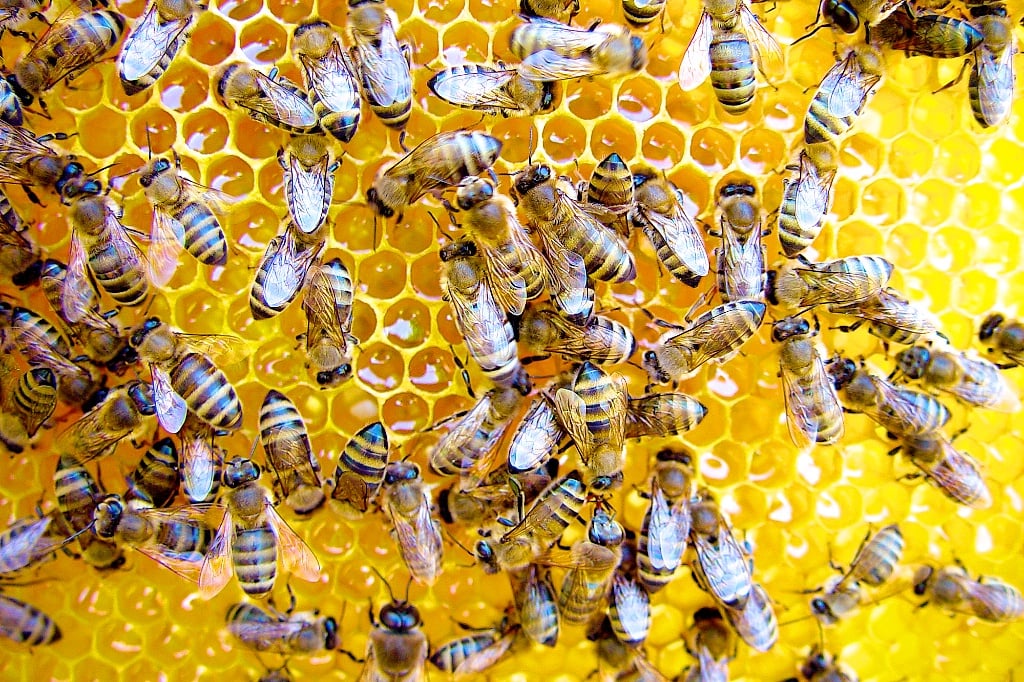 Recently, I’ve been noticing a lot of “buzz” about honeybees. Many know I’m a big fan of locally produced Ohia Lehua Blossom Honey, but it goes a lot further than my peanut butter and honey sandwiches.

We all learn in grade school how important bees are in the pollination process. Without bees to pollinate crops, the entire farm industry would collapse. I was reminded of this back in April when I was invited to a screening of the documentary, “Vanishing of the Bees,” as part of the Do Something Reel Film Festival organized by Whole Foods. This film, narrated by Ellen Page, profiled the problem of colony collapse disorder. There at many theories about what causes colonies to collapse. “Vanishing of the Bees” focused on the theory that the use of genetically modified crops with pesticides added to the seed are to blame.

I was again reminded of the plight of bees last week when Gov. Abercrombie’s office published a story about Danielle Downey, a bee expert with the Hawaii State Department of Agriculture. Without honeybees, the state’s watermelon industry, which contributes about $1.4 million in revenue for the state and is entirely dependent on honeybees, would collapse. Also dependent on the local bee population are melons, mangoes, lychee, avocados, macadamia nuts, squash, cucumbers and not to mention the flower industry. What would graduations in Hawaii be without the piles of leis from friends and family, all made possible by the humble honeybee? 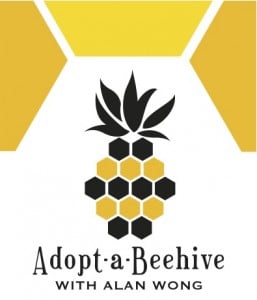 I recognize the importance of honeybees, but what can I do about it? Serendipitously, a few days after Downey’s story was published, I found out about Alan Wong’s Adopt-A-Beehive partnership with the University of Hawaii at Hilo’s College of Agriculture. Through this program, people can make a tax-deductible donation to the UH Foundation, with all proceeds supporting the school’s beekeeping program.

Chef Wong will kick off the Adopt-A-Beehive program at his Farmers Series Dinner on Aug. 3, featuring Dr. Lorna Tsutsumi of UH Hilo. If you’re a fan locally grown produce like I am, helping local beekeepers is a great way support Hawaii’s agriculture industry. The three donor levels are listed below and applications to join the Adopt-A-Beehive program can be downloaded here.

$300 – Worker Bee: Your donation of $300 (all but $20 is tax deductible) will support the adoption of a beehive for one year, and entitle you to receive regular reports and invitations, plus a quart of honey from the UH Hilo farm apiary.

$500 – Drone Bee: Your donation of $500 (all but $50 is tax deductible) will support the adoption of a beehive for one year and entitle you to have your name placed on the hive. In addition to regular reports and invitations, you’ll receive 2.5 quarts of honey from the UH Hilo farm apiary.

$1,000 – Queen Bee: Your donation of $1,000 (all but $100 is tax deductible) will support the exclusive adoption of a single beehive for one year and entitle you to have your name (and company logo, if applicable) placed on the hive. In addition to regular reports and invitations, you’ll receive a gallon of honey, plus a gift basket of beauty, bath and food products from the UH Hilo farm apiary.