Trick-or-treat these limited pumpkin ales and pastry stouts from our local craft brewers.

The world of beer is diverse and exciting. Beyond a fizzy, bitter beverage, beer encompasses a wide range of tastes, colors and ingredients. Unique beer styles developed due to geographic limitations, water chemistry and availability of grain and hops. Hawai‘i’s remote geography poses extra challenges for brewers. This series is an introduction to the rainbow of flavors out there and local examples to enjoy.

Ghosts, ghouls and things that go bump in the night. October is a spooky month leading up to Halloween. The holiday has become about sugar overload, but there are liquid treats for adults that use some of the same ingredients trick-or-treaters love. The most festive beers of the season are pumpkin ales and stouts heavy on additives, often called pastry stouts. Today, we associate the holiday with carving jack-o-lanterns, but pumpkins have also been a part of brewing tradition in America since the 1700s, at least. When Europeans arrived in North America, the pumpkin was a local crop of necessity, which found its way into many foods, including beer.

Pumpkin beers in the modern craft brew consciousness have had ups and downs in popularity. Much like spiced coffee and baked goods, cinnamon, nutmeg and other spices are used to offset the sometimes overt sweetness of pumpkin. Vanilla and ginger are also popular additions, imparting floral and herbal bites. From the Beer Judge Certification Program, autumn seasonal beers are often spiced beers with rich bodies and slightly warming finishes (from higher alcohol) pair with the cool fall season.

On the other side of the beer color scale, try a stout: pastry, barrel aged or with candy adjuncts added. Dark as a scary night, sweet as a bag of candy and with enough alcohol to warm you against a howling wind, pastry stouts are heavily roasted dark beers. They also add in fresh vanilla, coconut and even candy and baked goods (think of a Guinness with more booze and flavors of your favorite candy). With these big beers, a little goes a long way. For a special treat, split one of these with friends.

If you want to try a pumpkin ale or pastry stout while supporting our independent local breweries, give these a try: 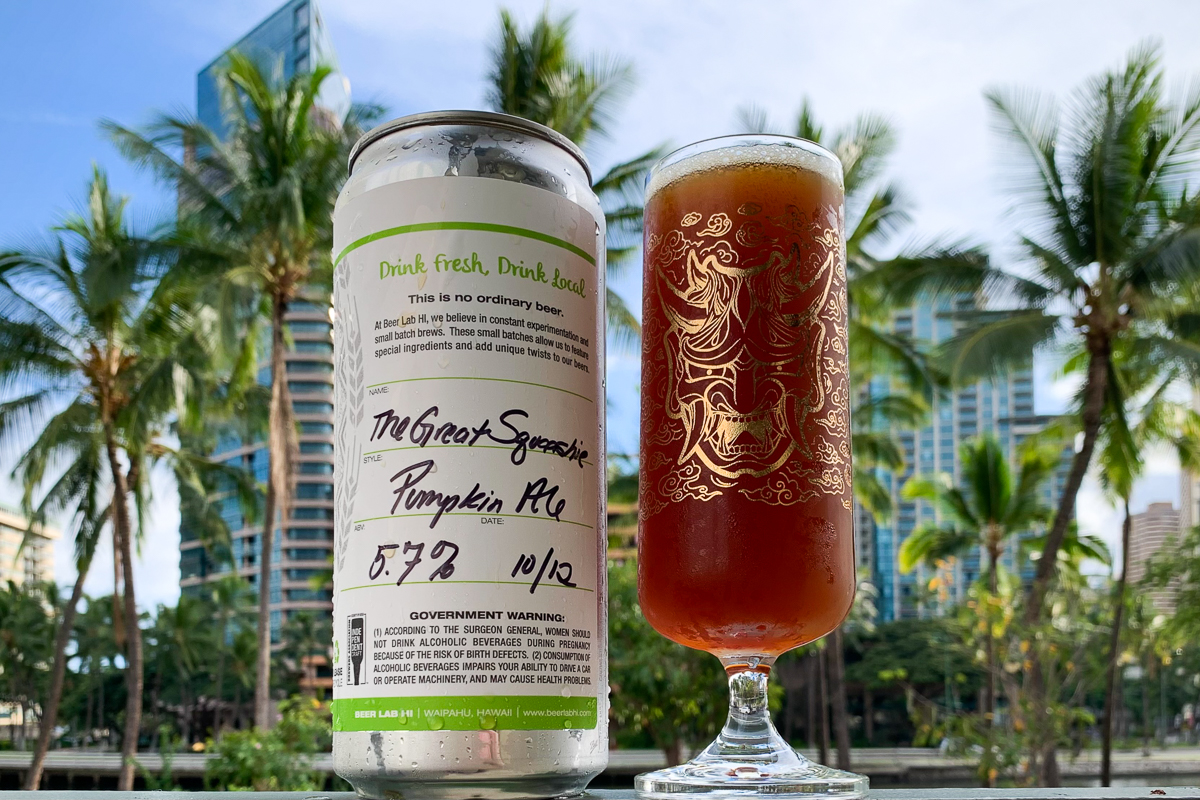 Beer Lab Hawai‘i’s first-ever pumpkin beer is brewed with pumpkin, cinnamon, nutmeg, ginger, vanilla and lactose, which covers all the classic ingredients in one glass. It will also go great with your Thanksgiving feasts fast approaching. Get it on draft at any of their three locations or grab a crowler to go. 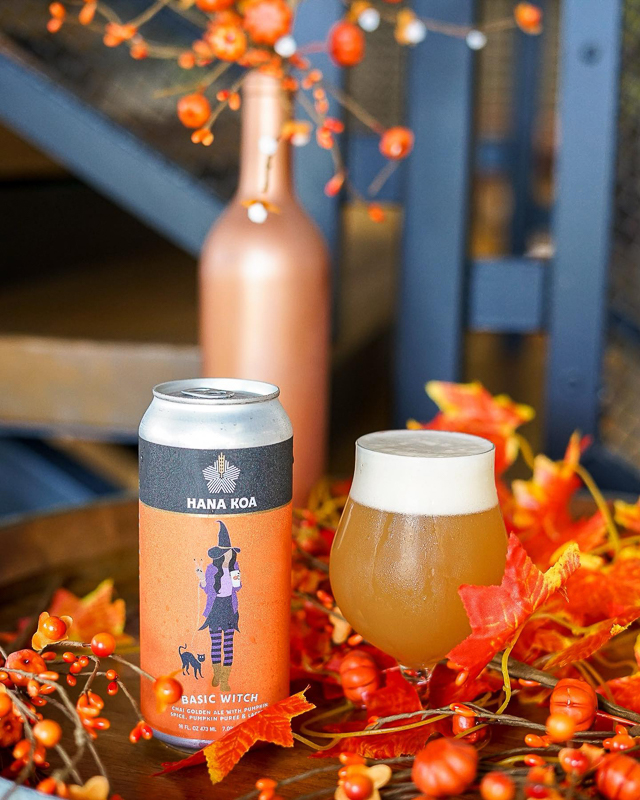 From the brewery: “Chai Golden Ale with pumpkin spice, pumpkin purée and lactose. We may not have the changing of leaves but that doesn’t mean we can’t ugz it up with plaid and all the pumpkin spice. Bust out your broomstick, witches! We’re going shopping ’cause the house needs to be redone for fall. Scary movies, candy corn, crochet, and all the loves are about to walk this way. By the way, this is by far the most fall we’ve ever gotten in this brewery. Trust the chai, and you’ll be more festive than rest of!”

In collaboration with Ground Control gastropub and roaster in Litchfield Park, Arizona, this pastry stout comes in at a whopping 14% ABV and is made with fresh vanilla, coconut and fair trade coffee. Inu Island Ales is a special place with a small taproom, so if you only want a sample, it is best to stop in.

Releasing around Halloween weekend, this imperial stout is brewed with Ugandan Cacao Nibs from Mānoa Chocolate in Kailua and a touch of lactose for sweetness and a softer mouthfeel.

This peanut butter and chocolate chip cookie stout has been aging in barrels, which imparts a woody and bourbon flavor to the beer for a treat adults can enjoy. Look for this beer to release on Halloween weekend.

This is not an exhaustive list of Halloween and fall-themed beers brewed in Hawai‘i. Head to your favorite beer store or brewery to find a bewitching pumpkin ale or pastry stout on your next visit.