Your Ultimate Guide to the 13th Hallowbaloo Music & Arts Festival

Everything you need to know about this legendary Halloween street festival happening in Chinatown on Oct. 29.

It’s back! We all mourned the loss of the legendary Hallowbaloo Music & Arts Festival during the pandemic but, after a two-year hiatus, it finally returns—with one of its biggest and boldest programs ever. Expect more than 5,000 costumed party people, a ton of entertainment, great food and beer, and frightening loads of fun.

Since 2008, the street festival has combined the thrilling spirit of Halloween with Chinatown’s artsy vibes. Here’s what to watch, where to park, how tickets work and where to party this year.

An epic arts and music festival that takes place in Honolulu’s Chinatown Arts District with nonstop entertainment throughout the night. Expect an evening with musical performances, ‘ono food, craft beer, a costume contest and much more. The event is produced by Hawai‘i Halloween LLC with a portion of proceeds benefiting The Arts at Marks Garage and Women Speaking Out.

The festival kicks off in Honolulu’s Chinatown Arts District at 5 p.m. on Saturday, Oct. 29, and will continue through 2 a.m. at various clubs and bars in the neighborhood.

We’ve noted the two garages that may be affected by street closures and since many parking lots have midnight curfews or earlier, if you’re planning to enjoy the Club Hallowbaloo revelries until 2 a.m. we recommend using the festival’s designated drop-off and pickup zones at Nu‘uanu Avenue/Marin Lane and Bethel/Pauahi streets.

While wristbands aren’t required for the street festival portion of Hallowbaloo, you do need them to drink alcohol. Here’s the breakdown on all the wristband options.

This festival won’t have any scrips, so bring your credit cards or cash and purchase directly from food vendors. At the time of writing, no menus have been confirmed, but here’s the list of participating food vendors:

The craft beer festival features more than 25 beverages including: 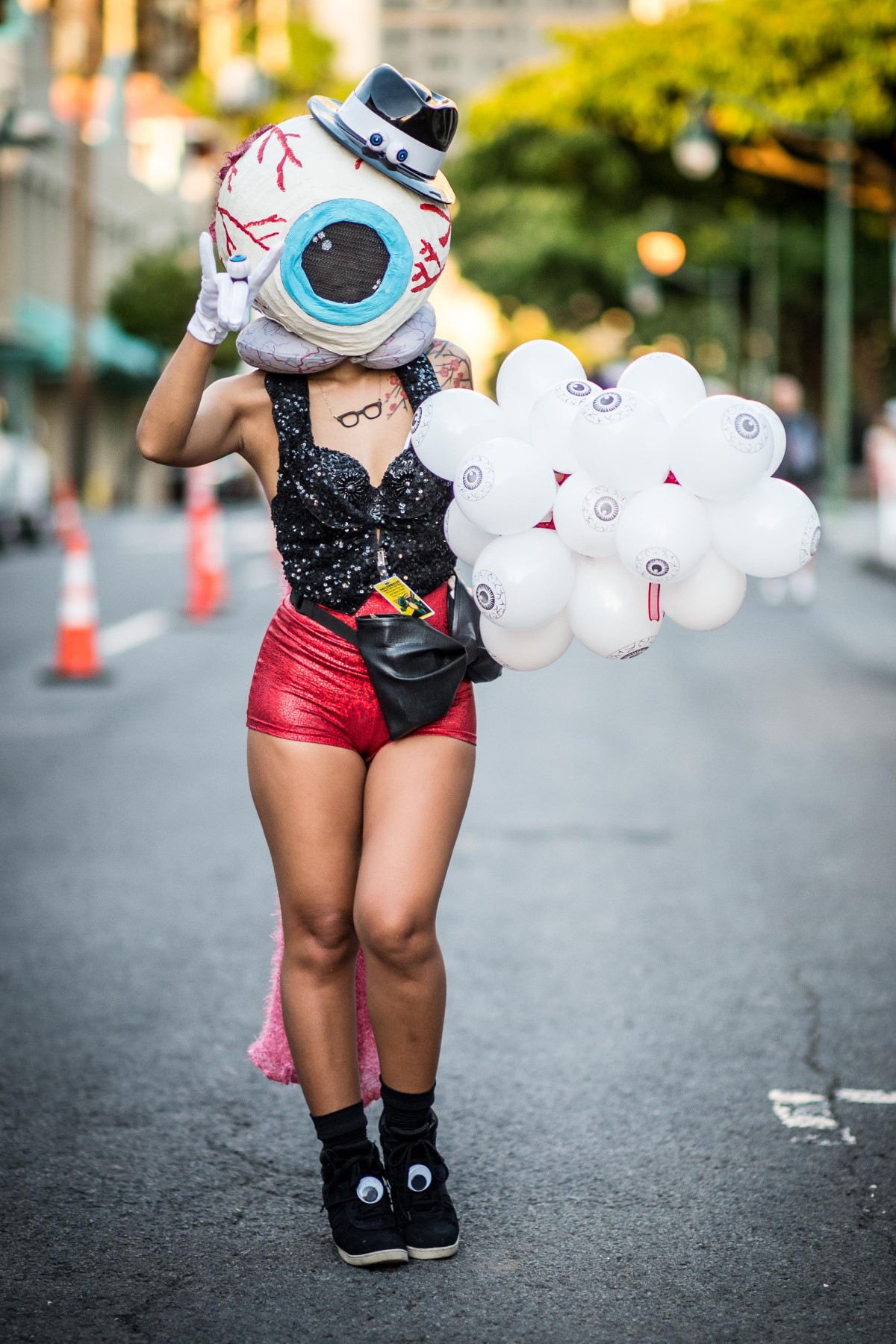 Besides checking out fellow revelers decked out in their coolest and creepiest costumes, you can also enjoy performances and entertainment throughout the night at multiple venues. Here are highlights—all of them new this year.

Beginning at 9 p.m. and continuing through the wee hours until 2 a.m., Club Hallowbaloo will take place across 16 clubs and bars throughout the neighborhood. Take your pick:

More information and tickets are available at hallowbaloo.com.

SEE ALSO: Prepare for the Fright of your Life at Skeleton Key Hawai‘i’s Terror Planet