Why Did The Hawaiʻi Children’s Discovery Center Cancel Its Keiki Swap Meets?

After a seven-month hiatus, the popular program in Kakaʻako will resume in June.

UPDATE on Monday, Feb. 24: The Hawaiʻi Children’s Discovery Center’s leaders have informed HONOLULU Family that the City and County of Honolulu will allow them to continue hosting Keiki Swap Meets in Kaka’ako Park. Children no longer will be required to obtain their own vendor insurance. A tentative date for the next swap meet is set for June 20. HONOLULU Family will keep readers posted. 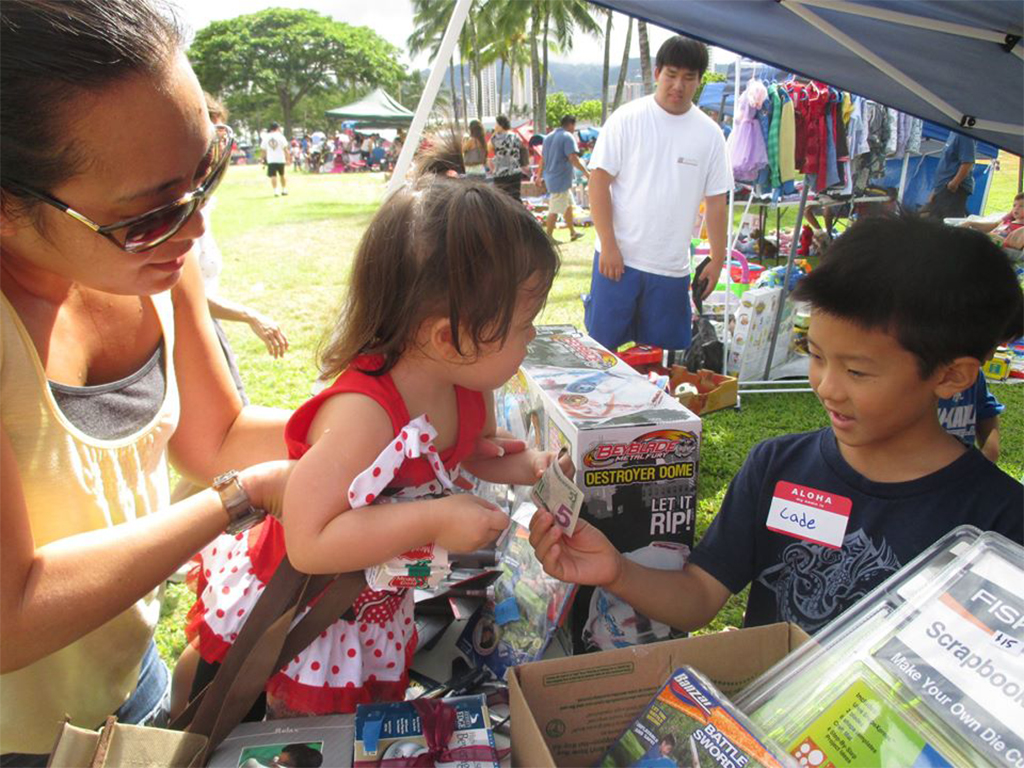 If your children have been collecting their old teddy bears and toy trucks to sell at Keiki Swap Meets at Kakaʻako Gateway Park, we’ve got news. Swap meet organizer, Hawaiʻi Children’s Discovery Center, has cancelled the events due to rules by the City and County of Honolulu that classifies the kids as vendors. In other words, keiki who participate in swap meets need to have special permits and vendor insurance.

“This would be very difficult for families to do on their own,” says Liane Usher, president of the discovery center. She introduced the first swap meet more than 16 years ago in June 2003.

Meets took place at the park in Kakaʻako three times a year in March, June and November. It wasn’t unusual to see handmade posters written in crayon, tables and picnic blankets strewn with toys, and excited children playing in the park during events. 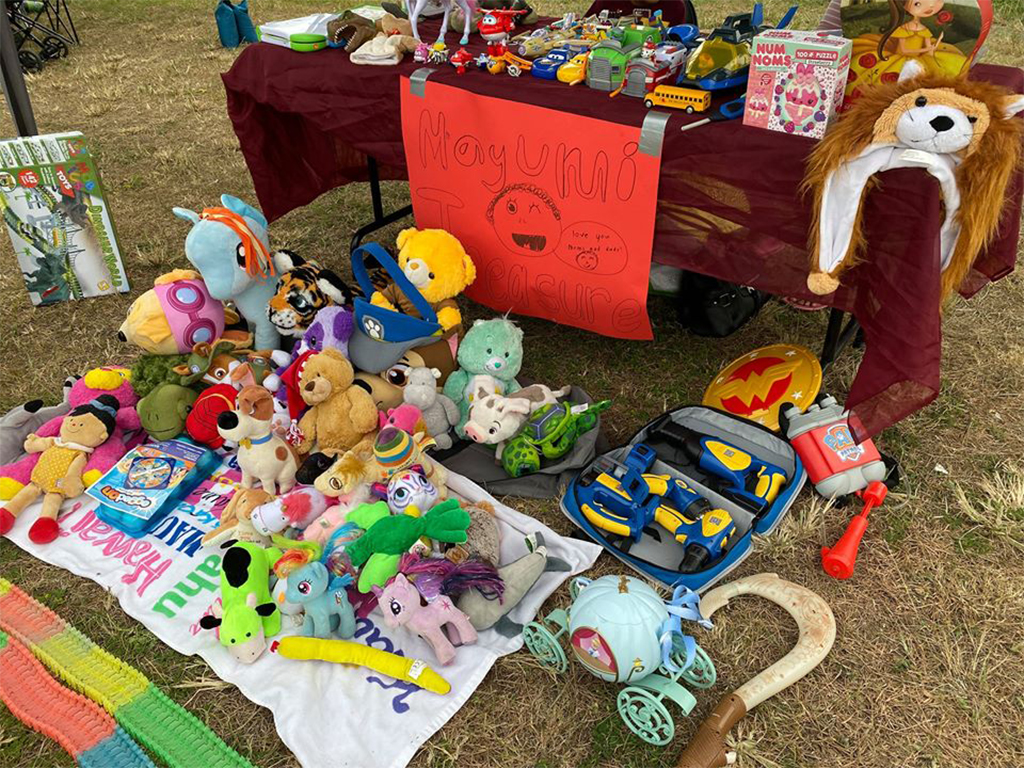 At the time, the park fell under the jurisdiction of the Hawaiʻi Community Development Authority, a state agency. The children’s center used general liability insurance to operate swap meets and listed the state as additionally insured. Kids were not required to have their own vendor insurance.

This past October, the city took over the park.

To comply with new rules, Usher and her management team considered buying group vendor insurance to cover all the children at swap meets. The cost of group insurance, however, amounted to approximately $42 per child—a typical swap meet had about 100 keiki. 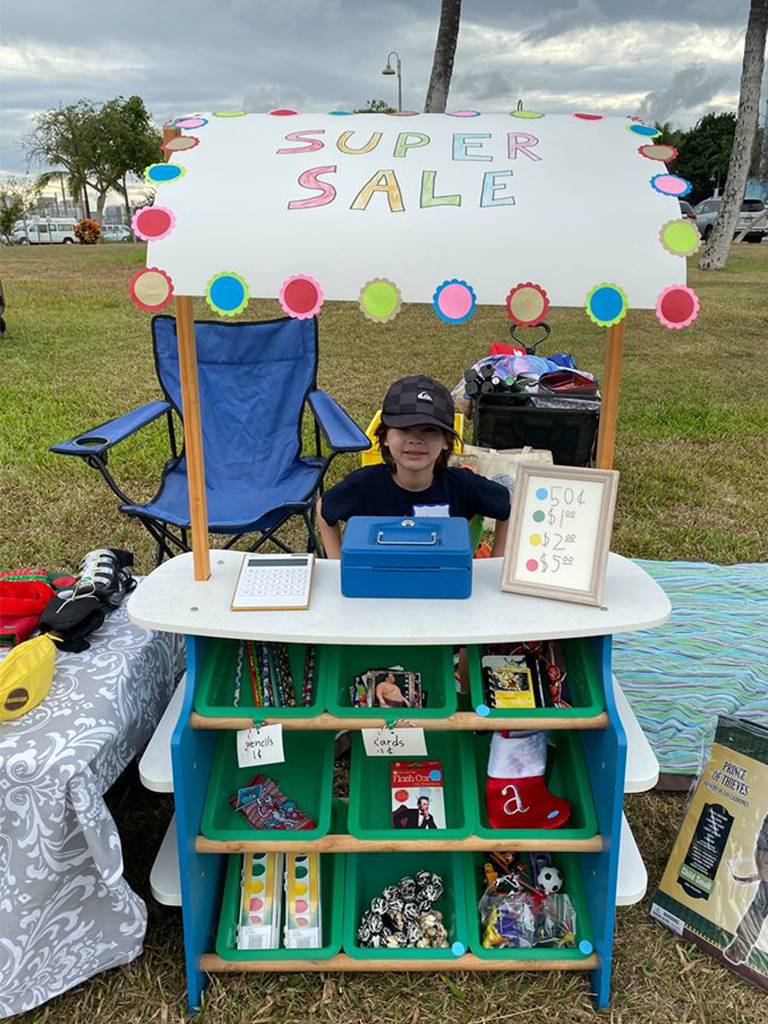 “We only charge $3 (participation fee) per child,” Usher says. “This cost is not something that we could afford to cover, and it would likely be cost-prohibitive for families if they were to register on their own.”

The center’s management team is staying positive, calling this is a temporary setback.

They’re exploring various options. One, is to have future swap meets in a Kakaʻako parking lot, where permitting rules might be different. Another option is to host smaller events inside the center—with one-third the number of participating children. Space would be an issue, as kids and their families typically haul in thousands of items to sell.

“We are really heartbroken about cancelling the Keiki Swap Meets,” Usher says. “I know from feedback from families that the event has grown to so much more than just teaching children about money. Children are learning about marketing, customer service, entrepreneurship, and philanthropy. We’ll try our best to bring the event back and will let families know as soon as we have figured out how to.”