The Makakilo singer, originally from Hāna, made it onto Team Kelly on Monday’s season premiere. 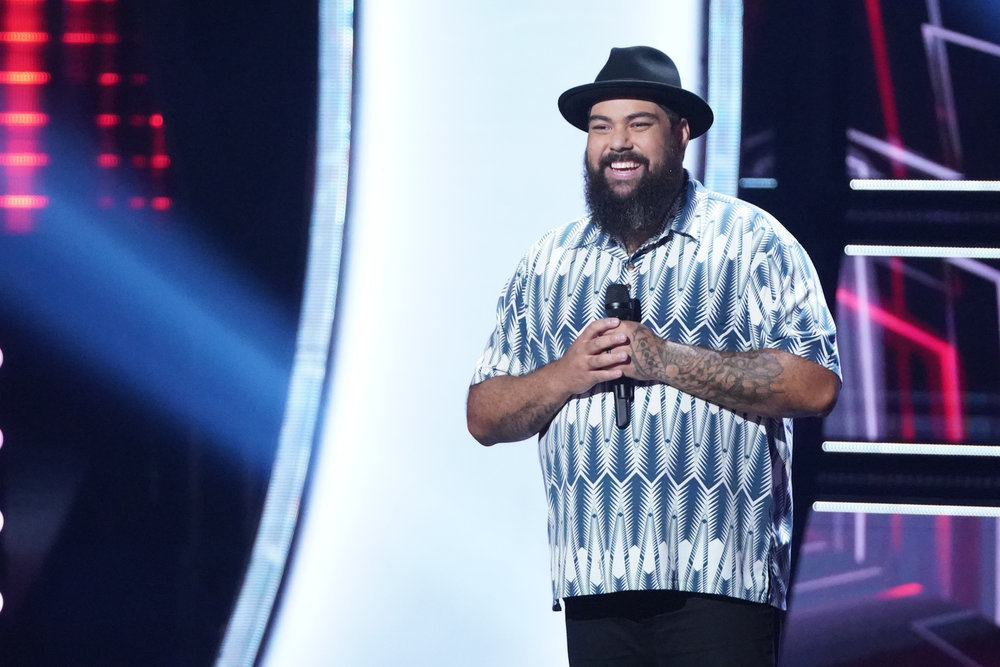 Joseph Soul during the Season 19 Blind Auditions of The Voice. Photo: Tyler Golden/NBC

The latest season of The Voice premiered Monday night on NBC with a surprise treat for Hawai‘i fans: Joseph Soul, a singer originally from Maui, auditioned with Bob Marley’s “Is This Love”, inspiring coaches Kelly Clarkson and Blake Shelton to hit their buttons for him and fight to have him join their respective teams.

“I’m actually so shocked you’re not a four-chair turn,” Clarkson said the moment his performance ended. “You’re an incredibly gifted vocalist.” Shelton, on the other hand, tried to win him over by pointing out how many seasons he’s won (seven, the most of any coach, including the latest season). Ultimately, Soul chose Team Kelly for her experience working in multiple genres.

Last season, Hale‘iwa’s Thunderstorm Artis finished in third place; other Hawai‘i artists have also made it onto the show over the years, including Duncan Kamakana (Season 4) and Esera Tuaolo (Season 13).

SEE ALSO: See If This Gay Former NFL Star from Waimānalo Makes the Cut on The Voice

Soul, 34, will perform next in the battle round once the blind auditions are complete and coaches fill their teams. Audiences won’t have a chance to vote until later in the season. In the meantime, check out his audition below and watch The Voice Mondays and Tuesdays on NBC.