The History of Hawai‘i: “Gone Are the Days of the Old Hotel-By-The-Sea”

Back in 1955, an affordable if sketchy rental in Waikīkī was bulldozed to make way for “progress.” 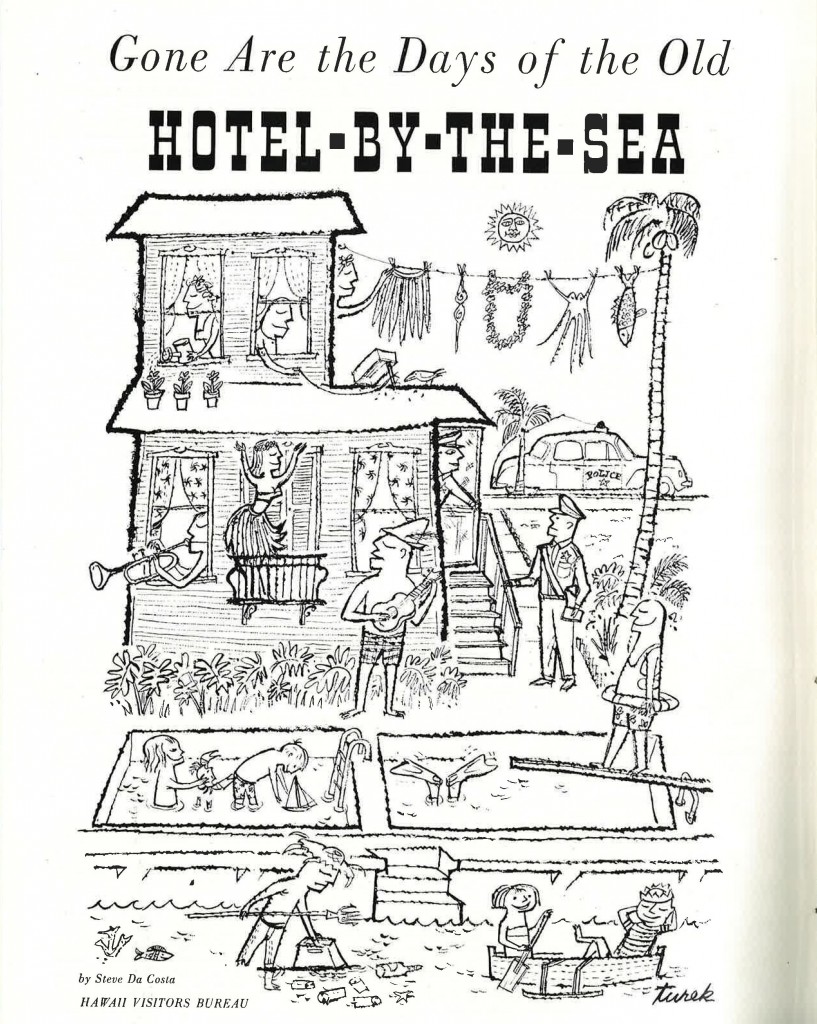 “Gone Are the Days of the Old Hotel-By-The-Sea,” bemoans Paradise, marking the destruction of the last vestiges of the old Castle estate near the Elks Club, an affordable if sketchy rental that was bulldozed to make way for “progress” in Waikīkī.

“Converted for the last eight years into ten rental units, the remarkable old structure was ‘home’ to a variety of tenants living, sometimes not so peacefully, in the high rental district known as Sans Souci, paying rents far below those of their neigbors,” Paradise says.

The writer acknowledged it had a somewhat shady reputation while confessing a personal fondness for the place where he once rented a room for $40 a month. A studio apartment near there now rents for between $1,800 and $3,800 a month.

The History of Hawai‘i From Our Files: Honolulu’s First Official Photographer Arrived in 1846