The History of Hawai‘i From Our Files: 20 Years of J. Akuhead Pupule

HONOLULU Magazine emerged from predecessor Paradise of the Pacific, which began in 1888, fulfilling a commission by King Kalākaua. That makes this the oldest continuously published magazine west of the Mississippi with an enviable archive worth diving into each month. Here’s a look back at July 1961. 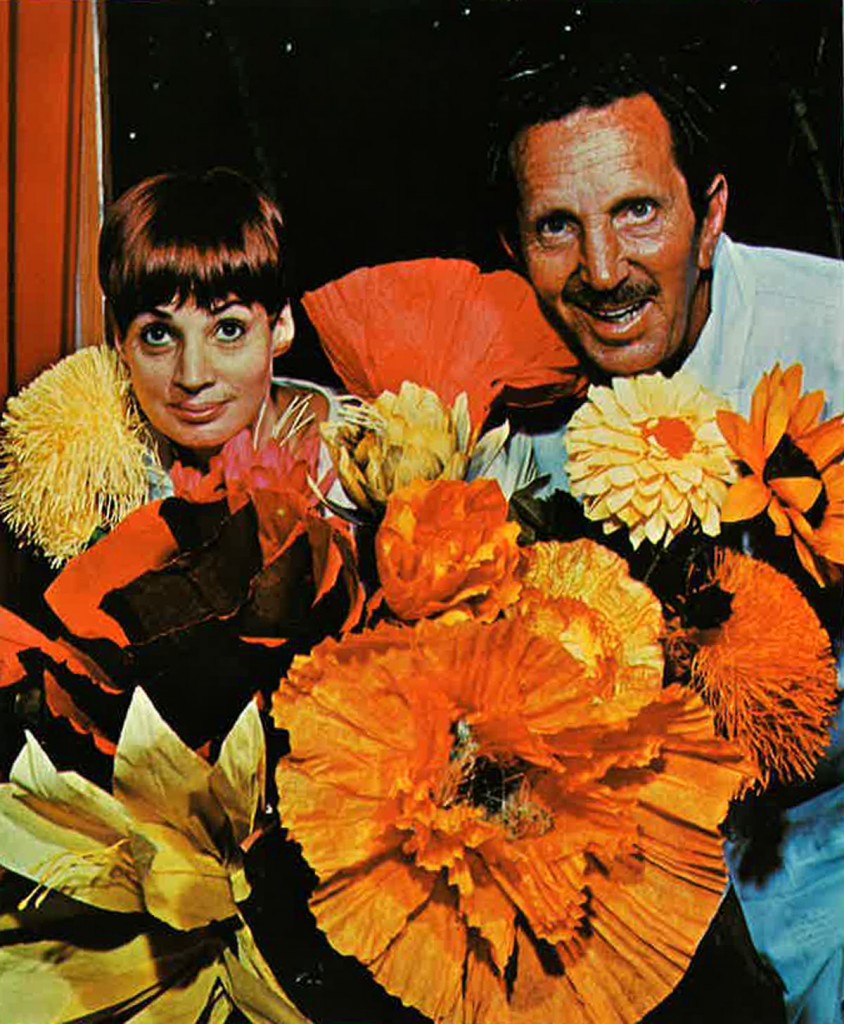 Courtesy of Murray Befeler-Photo Hawai‘i from the July 1961 issue of HONOLULU Magazine.

From the 1960s to the 1980s, one man was king of morning radio in Hawai‘i. In 1966, Hal Lewis, born Harold Lewis Hohenstein in San Francisco, celebrated two decades of his career entertaining, and sometimes angering, listeners across the state as J. Akuhead Pupule. His innovative broadcasts featuring on-air commentary, pranks, criticism, interviews and antics made him reportedly one of the highest-paid deejays in the nation and maybe the world.

HONOLULU marks the airwaves milestone in its July 1966 issue that starts with the sentence, “The blooming idiots you see beaming from this page are Hal & Anita Lewis.”

It continues: “This month marks Hal’s 20th year in Honolulu radio and he’s right back where he started in 1946—a place called KGMB. He was earning $250 a month 20 years ago. Today the good humor man saunters onto the airwaves at 6 a.m. and when he flips the switch four hours later he’s earned another $800. Ho hum—that’s $4800 a week or about a quarter of a million bucks a year. No wonder he calls it ‘Wonder­ful KGMB!’

“What’s so good about the man? Well, first of all, he’s genuinely funny—and there aren’t many comedians around any more. His timing is professional to a hair … he puts ping in a punchline … he talks pidgin, Yiddish and ze Casbah with equal authority … he makes people mad, sad or glad, according to whether they agree or disagree with his prejudices. And prejudices he’s got! Vietniks are all long-hairs in need of a bath; boo to anybody who’d rather be red than dead; keep an eye on City Hall where they all have real estate deals on the side; cheers for all show biz types, etc.

“The customer service girl beat him at his own game. She calmly replied: ‘Yes, sir—and what size?’”

“The funniest things that happen are those that aren’t planned,” Lewis said back then.

The HONOLULU piece in 1966 goes on: “Sometimes the noise on his program is deafening–in fact it is all day. The piercing ‘Wonderful KGMB’ and the incessant ‘Coconut Wireless’ ditty make you want to scream, yet there’s a sort of hypnotic quality that holds you to the dial.”

In the story, Hal says: “What we sell is LISTENING. We don’t sell phonograph records. There’s a moment of truth comes to you in this business. It’s when I open the button and say, ‘Go to Joe Schmoe’s junk shop and buy junk’—and you do.”

“Obviously, people obey his commands,” the HONOLULU story continues. “Hal pitches two commercials every seven minutes for a total of 94 for which advertisers pay an average $22 per plug. That’s better than $2000 in billings claimed each morning for KGMB.

“His magic has been on-again-off-again during those two decades and some may not remember that it was only six years ago that many considered him washed up.

“He and his KHVH boss, Henry J. Kaiser, had parted company over political differences.

“Hal had just lost thousands of dollars as a booking agent for the Kingston Trio on an ill-fated tour of the Orient and he’d lost a lot more as pr counsel for a restaurant firm. Then the Internal Revenue demanded $14,000 in back taxes and his marriage of 20 years landed on the rocks.

Says Hal: “I was in such a bad way that the Honolulu Star-Bulletin sent a reporter around to talk to me. They were thinking about doing a story on the Decline and Fall of Aku.”

The HONOLULU piece says “Hal gives a lot of credit for his come-back to his second wife, Anita, (she can best be described as a delightful pixie) who makes an important contribution to each broadcast.

“She does. She’s fey as they come and her Sassoonish haircut adds to her perky personality. Also her re-aligned nose. Both Lewises have had proboscis tailoring, Hal’s surgery being done on the Mainland eight years ago. His was a very aquiline nose that he felt would ‘never go over on television.’ In those days he was thinking about moving to the Mainland to start a tv show with a Hawaiian theme.

We also meet the couple’s German shepherd, Sabra Ben Aku, and a pair of finches named Abercrombie and Finch. Lewis would dominate the airwaves, later as Hal “Aku” Lewis, often claiming 1 in 5 morning listeners, through the early ’80s but would also go through some personal turmoil. He would later divorce Anita, then marry and divorce a third time. He filed for bankruptcy in 1980.

But for his audience, there was no one else they would tune in to every day, even when they got  caught up in one of Lewis’ pranks. (In 1983, thousands showed up for an Easter Parade that Lewis had publicized for weeks on air. It was a joke.)

Lewis died on July 21, 1983, in his Wai‘alae Iki home at the age of 66 just little more than a month after being diagnosed with lung cancer. KSSK released a surprise statement from Lewis for his emotional fans and friends: “Folks, the news is, I didn’t make it.” The avid golfer added, “Wouldn’t it be great if there really were a big golf course in the sky—and folks really could end up playing there?”

Lewis’ substitute host, Larry Price, took over the morning drive with Michael W. Perry and, like Lewis, the duo dominated the morning drive time for the next 33 years until Price retired in 2016. Perry hosts the key time slot solo now and according to the latest Nielsen ratings from May 2021, KSSK-FM still claims almost double the audience of the second-ranked station in Honolulu, KRTR-FM.