The Friends of Iolani Palace Celebrates Its 55th Anniversary

(Sponsored) Join Iolani Palace for a week-long hoolaulea, June 6 through 12, in celebration of this milestone. 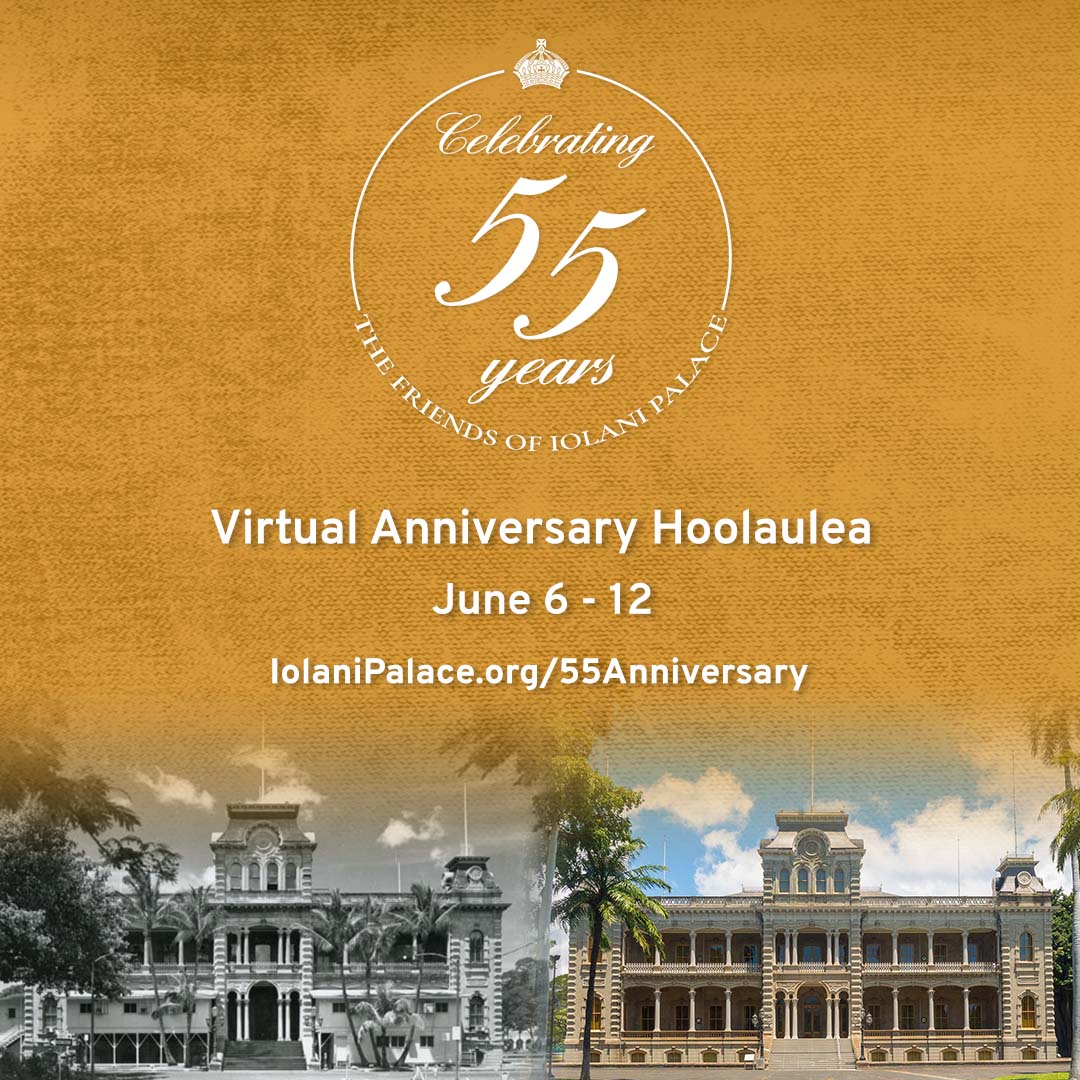 The 55th Anniversary Celebration culminates with Pulama the Palace, a virtual concert premiering on Saturday, June 12 at 6 p.m. featuring some of Hawaii’s top music artists including Robert Cazimero, Amy Hanaialii, Kuana Torres Kahele, Natalie Ai Kamauu, Marlene Sai, and the Royal Hawaiian Band performing throughout the Palace and grounds. Access to the virtual concert is $55.

To buy tickets, become a member or for more information, visit iolanipalace.org/55anniversary.