Musubi Café Iyasume sells up to 23 kinds of Spam musubi. Here are five different versions—safe and more adventurous—for your kids to try. 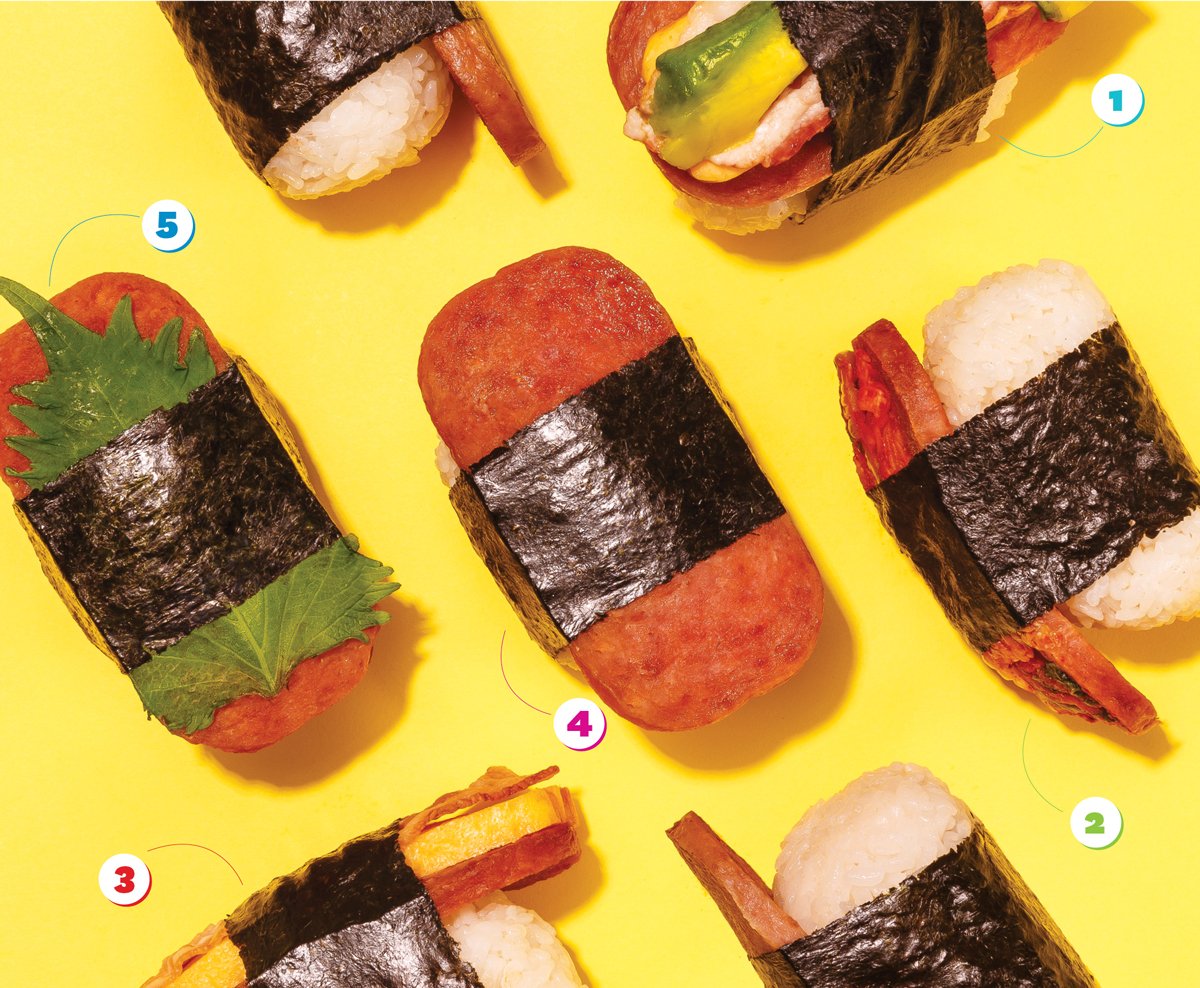 Spam musubi, teriyaki Spam musubi, Spam musubi with avocado: Once he started, Toshiyuki Otake couldn’t stop. The man who would become Honolulu’s king of Spam musubi started Musubi Café Iyasume in 2000 with a lone original Spam musubi tucked among more traditional rice triangles stuffed with salmon, tuna mayo, ume and seasoned kombu—not because he loved rice, but because after fleeing a public relations career in his native Tokyo to start life over in Waikīkī, musubi-making was his only marketable skill. “I can make musubi because I’m Japanese. It’s easy to make. But I can only make musubi,” says Otake, whose English is still limited.

What Otake found is that locals and tourists love Spam musubi. So he kept going. Today Iyasume’s seven counters sell up to 23 kinds, the last time we checked, at least. Here’s a tip: If you show up and your favorite isn’t on the counter, ask and they’ll make it fresh.

It may not be the healthiest lunch option, but it’s certainly one of the most popular. Here are five different versions—safe and more adventurous—you could tuck into your kids’ lunch boxes: